All About Coming-of-Age: The films of Yu Aoi

Written for Japanese Film Festival 2017 in Australia. Filmed in Ether is a proud media partner of JFF 2017.

Like many young actresses in Japan, Yu Aoi’s career started very early when she was just a teenager. The actress was first discovered by director Shunji Iwai, who cast her for his teen drama, All About Lily Chou-Chou (2001). Evidently, the actress’ talent impressed the filmmaker and Iwai would later go on to collaborate with Aoi on several future projects.

Following her breakout role in Iwai’s seminal feature, Aoi worked steadily and began her rise to stardom. She returned to similar teen angst territory and worked alongside an equally young Aoi Miyazaki in Akihiko Shiota’s Harmful Insect (2001), reunited with Iwai to work on the oddball teen film, Hana & Alice (2004), and in 2007 was recognised by Japan’s highest film body, the Japanese Academy Awards, where she was nominated twice in the same category for her two films, Yamato and Hula Girls (her role in the latter was what earned her the award win).

Aoi has since worked with several award-winning filmmakers over the course of her acting career including Yoji Yamada (Tokyo Family, What a Wonderful Family), Kiyoshi Kurosawa (Penance, Journey to the Shore), Satoshi Miki (Turtles are Surprisingly Fast Swimmers), Katsuhiro Otomo (Mushishi) and South Korean filmmaker Bong Joon-ho (Tokyo!). She has also been unafraid to venture into the realm of effects-laden live-action anime adaptations, evidenced by her roles in the massively popular Rurouni Kenshin series and more recently in the new Tokyo Ghoul film.

Aoi was also honoured by the Tokyo International Film Festival recently for her contributions to Japanese cinema. She along with with fellow stars Aoi Miyazaki, Hikari Mitsushima and Sakura Ando, were recognised by the festival as the four ‘Muses of Japanese Cinema’ — their selected works celebrated and screened for all in attendance.

This year, actress Yu Aoi will feature in two films from the Japanese Film Festival in Australia: Over the Fence, directed by Nobuhiro Yamashita (Linda Linda Linda), and Birds Without Names, directed by Kazuya Shiraishi (The Devil’s Path). Before you see these films, we look back at some of her most memorable films and performances to date. 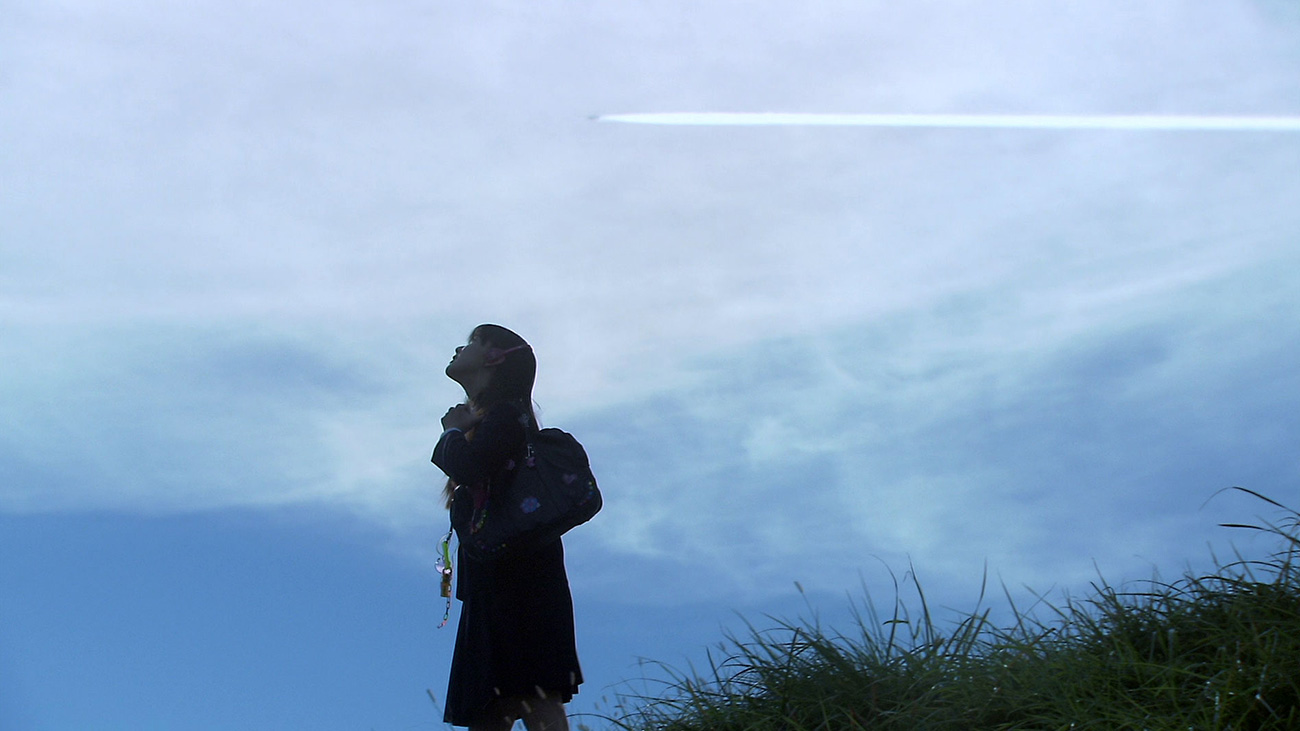 If you’re after some of the best in coming-of-age cinema from Japan, look no further than towards the year 2001. From the magic of Hayao Miyazaki’s iconic Spirited Away to Toshiaki Toyoda’s poignant delinquent drama Blue Spring, 2001 was not short of great Japanese films centred around young people. Shunji Iwai, arguably the king of these types of stories in contemporary Japanese cinema, also created a coming-of-age film that year which many feel is his strongest film to date — the tragic yet ethereal All About Lily Chou-Chou.

Praised for its realism and evocation of youth culture at the time, Aoi’s role in the film was small but had significant bearing on the film. Her character, Shiori Tsuda, is pimped out by a fellow classmate (who she happens to crush on) and forced to go on compensated dates with older gentlemen. The experience causes Shiori great mental duress and eventually results in her suicide, setting in motion some major turning points for the film’s other characters.

In the production notes for the film, director Iwai lavished praise for his young cast. “I tried to stay focused on the characters as they were in the screenplay… but these new actors were flesh and blood,” he said. It was Yu Aoi’s first appearance on a cinema screen and Iwai commented on both her and the young cast’s influence on his creative process.

“What they brought was beyond what I could picture sitting in my chair. They inspired me to try variations in the story, things that were not there before, and because of this, the story’s been somewhat altered.”

After working with her on All About Lily Chou-Chou, Iwai would collaborate with Aoi once more for the quirky comedy Hana & Alice — a project that originally started out as a series of shorts promoting Kit Kat chocolate.

In this film, Aoi plays the role of Tetsuko ‘Alice’ Arisugawa and together with her best friend Hana (Anne Suzuki), the two set off on cute hijinks together throughout the film until a boy disrupts their friendship. It’s a light romp, one that Iwai admits was partly based on memories he had of his youth (despite going to an all-boys school). Fans of the actress may argue this film was Aoi’s true breakout role as it showed Japanese film-goers that it had another cinematic sweetheart on its hands.

Aoi was great in the role, delivering a sweet performance which nabbed her a Japanese Professional Movie Award. Those who’ve seen the film will agree that one scene featuring the young actress stands out in particular: the moment when Alice gracefully dances and pirouettes for her audition. Fortunately for the actress her own experience as ballet dancer would give way to one of the most beautifully captured moments in Japanese cinema.

An animated prequel, The Case of Hana and Alice (which screened at JFF last year), saw Aoi and Suzuki reprise their roles many years later and recounts the story of when Hana met Alice. 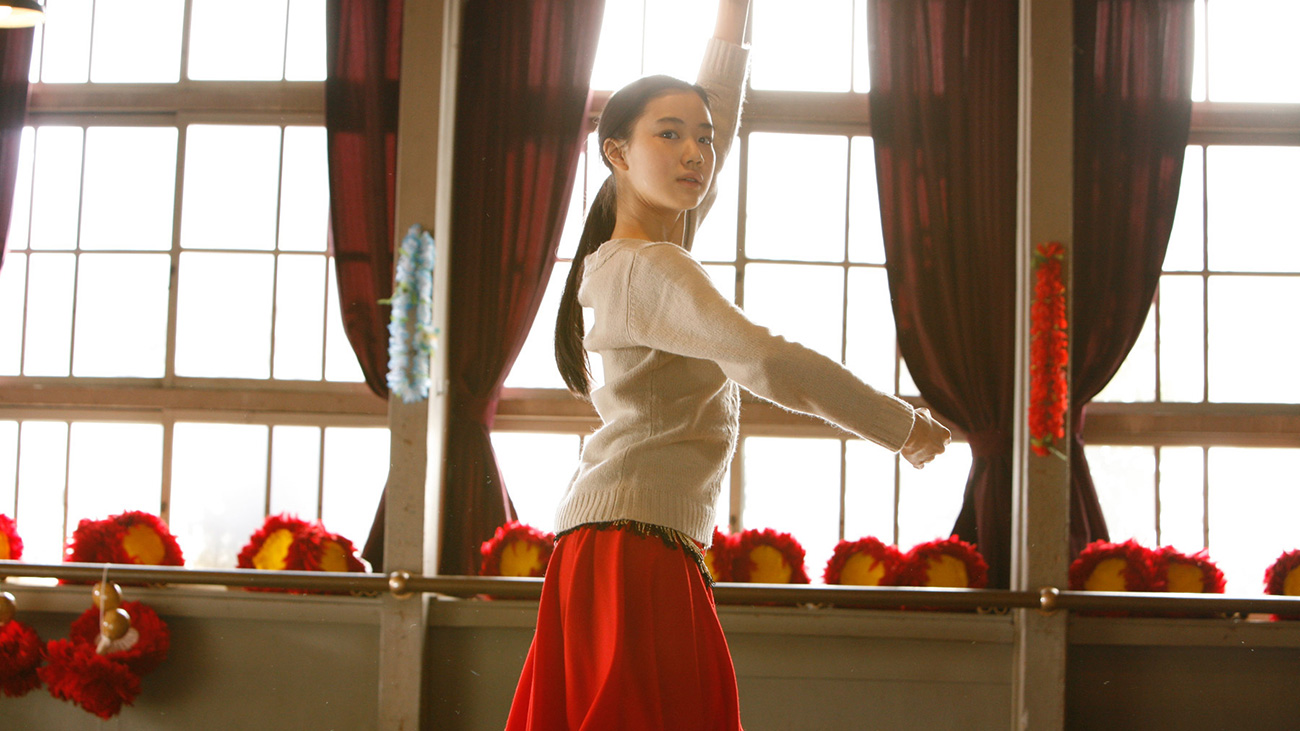 She would again draw on her dancing ability for 2007’s Hula Girls, a feel-good ensemble underdog period film based on a true story — the kind of film that would get awards notice. And indeed for her performance in Hula Girls, Aoi was awarded with a Japanese Academy Award for Best Supporting Actress, the highest distinction of its kind in Japan for film actors.

Beyond its underdog narrative, Hula Girls (directed by Lee Sang-il, whose murder-mystery Rage will also appear at JFF 2017) provided plenty in the way of contrasting themes. The clash between the desires of the young and the old generations and the rural/working-class’ resistance towards big city thinking (no doubt spurred by Japan’s economic growth in the decades following World War 2) offered surprisingly thoughtful material for a film about a group of young women saving their town from irrelevancy.

For her role in the film, the actress downplayed her experience in dance for the sake of her character, Kimiko Tanikawa, who needed to be trained up to the level of a professional. Her co-star on the film, Yasuko Matsuyki, was impressed with Aoi’s commitment to her role.

“Yu Aoi is very hard working and stoic actor. I’m amazed at her discipline in not compromising the scene. We had to undergo (hula) dance training together, which was very challenging, and being on set with her was fun,” Matsuyuki said, in an interview.

Aside from her major dance performance at the film’s climax, Aoi also impressed in a confrontational scene between Kimiko and her mother. 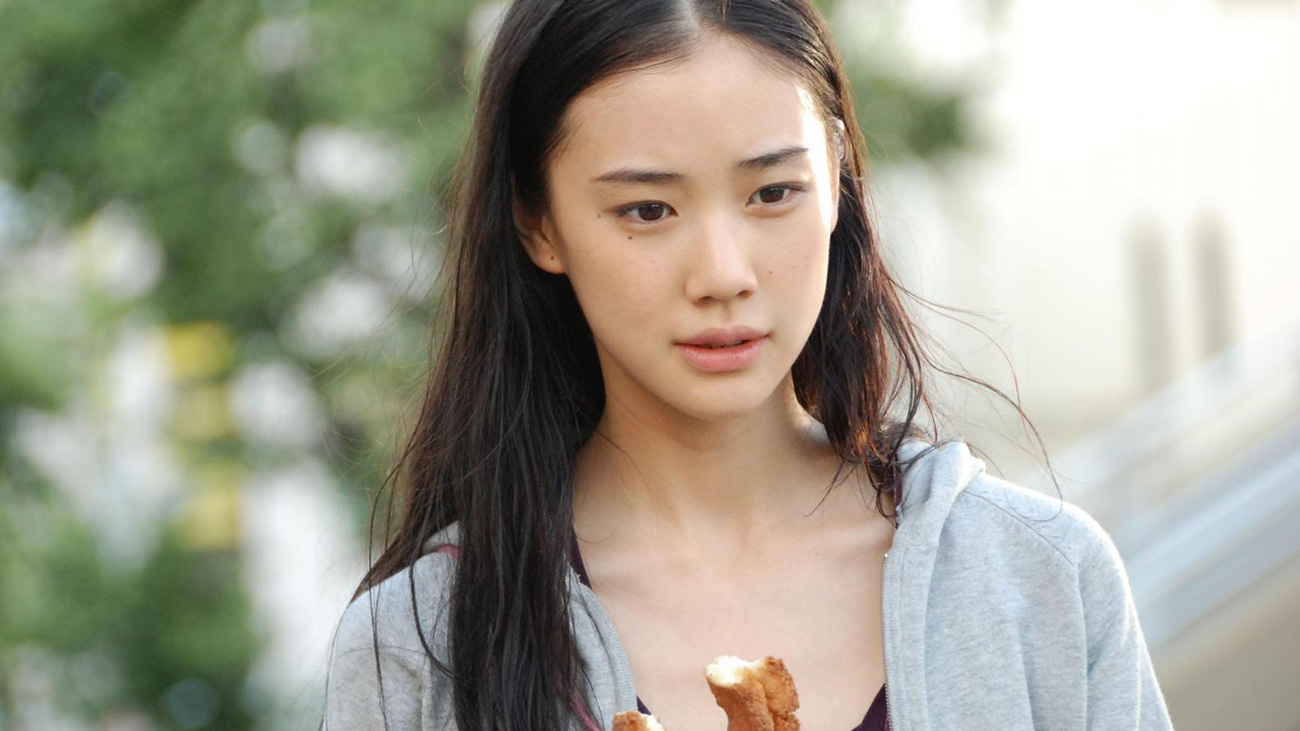 Despite increasing popularity and acclaim, the actress was still seen mostly occupying supporting roles. While she would still co-lead in other films, a true leading role in a film of her own hardly came Aoi’s way. Prior to One Million Yen Girl (directed by Yuki Tanada), the only other film that starred the actress as the leading character was Letters from Kanai Nirai (2005).

In One Million Yen Girl, Aoi plays Suzuko Sato, a young woman who leaves behind her life in Tokyo to travel around Japan following her release from prison. One Million Yen Girl explored female identity in the face of one’s coming-of-age through a member of Japan’s ‘furita’ generation. Directionless, mostly jobless and void of any meaningful relationship in her life, director Tanada empowered Aoi’s character — the kind that many would generalise in negative fashion — by giving Suzuko complete agency over her decision-making; even if those decisions were fuelled by a desire to escape from her problems. Not bound by any rules or conventions, the film painted her character’s wayward lifestyle as noble and brave.

Aoi’s endearing performance here is no doubt among her best as she brings warmth and charm to the character of Suzuko. On her experience working with director Yuki Tanada, the actress noted the differences between working with a female director and a male one.

“I feel like male directors always look at the end goal and tend to lean towards idealism, where the finished product (the completed film) Is the most important. With female directors, I feel like they tend to put more importance in the process,” she said, in an interview. 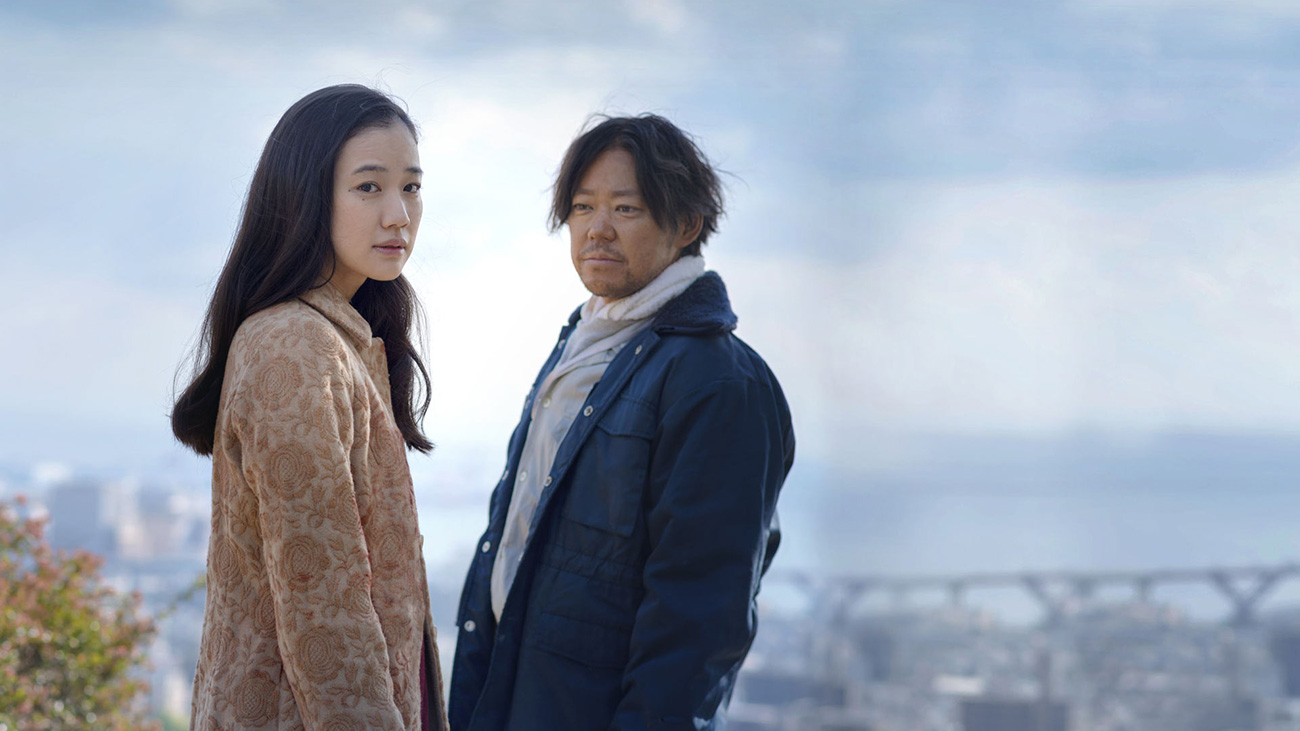 Aoi would once more continue a string of supporting roles following One Million Yen Girl. Although she worked on projects with established names like Yoji Yamada and Kiyoshi Kurosawa, and even appeared on mammoth blockbusters like Rurouni Kenshin, challenging lead roles for the actress again remained few and far between. She continued to pursue darker material, chipping away at the girl-next-door persona that fans had come to know her for. Films like Daigo Matsui’s Japanese Girls Never Die allowed her to explore complex themes while supporting roles like that of Satoshi in Over the Fence gave her room to play mentally unhinged characters.

However with Birds Without Names, the new film by Kazuya Shiraishi, fans of the actress may be surprised to see a much different side of Aoi. The film is a sexually-charged story of a lonely and disturbed woman yearning to have and feel love. As Towako, Aoi explores the darkness of her character with precision.

“Before filming began, I told myself I needed to get into the role so I stayed home and lazed around,” she said, in preparation for her layabout character.

As filming went on, the actress learned more about her character. “I came to realise how Towako grew numb after all the hopelessness and anxiety she felt from the emotional trauma that happened to her,” she said.

With such an engaging turn as Towako in the film, one may hope that the film signals a move to even more complex lead characters for the actress to inhabit. Indeed, her best films have served as a reminder that the actress has, for the better part of a decade, embodied ‘coming-of-age’. But now that she has ‘come of age’, perhaps we can expect more daring lead performances from the actress in years to come.