Prior to The Day After, my exposure to the prolific Hong Sang-soo was limited to On the Beach at Night Alone (our review in the link). This led to some anxiety when it came to viewing his latest The Day After — after all, Hong’s style is an acquired taste which takes some getting used to. But after watching The Day After, it seems On the Beach at Night Alone is an appropriate starting point for Hong’s series of thematic explorations of infidelity. If that film was a comment on the grief of previous love and the ramifications of affairs on the reputation of ‘the other woman’, The Day After could be read as an examination of the men who have affairs — and by extension, perhaps of Hong himself, given his highly publicised affair with actress Kim Min-hee.

The story of The Day After is a familiar one — middle-aged creative (this time a book publisher) Bong-wan (Kwon Hae-hyo) has been cheating on his wife (Jo Yoon-hee) with a much younger employee Chang-sook (Kim Sae-byuk). By the time we reach the first of many emotional conversations in which Bong-wan’s wife suspects him of cheating, Chang-sook has left Bong-wan as both a lover and employee. Areum (Kim Min-hee, whose character’s name means ‘beauty’ in case Hong’s feelings towards the actress are unclear) is selected as Chang-sook’s replacement. On her first day of work, Bong-Wan’s wife mistakes Areum as his lover, thus setting off a small-scale reflection on the conflict between faithfulness and true love. 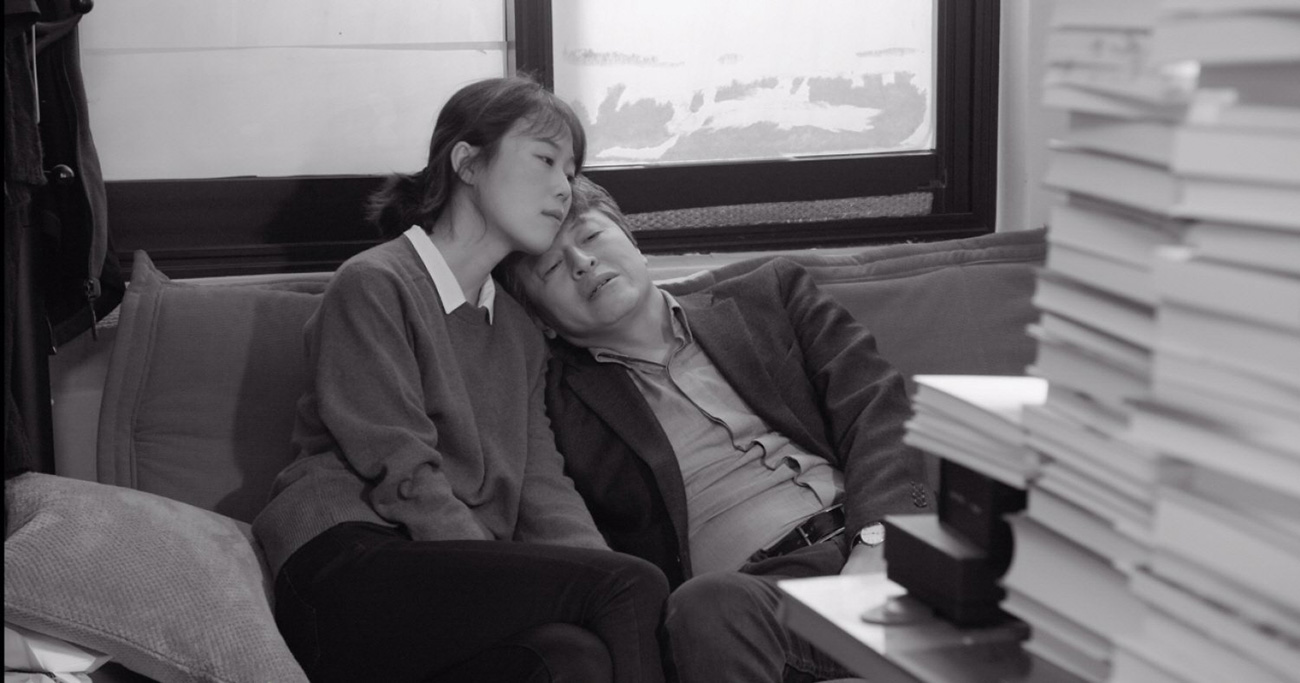 The self-deprecating caricature of an unfaithful creative in On the Beach at Night Alone is taken to another level in The Day After –– Bong-wan is pathetically cowardly and selfish from the first scene. Kwon’s performance organically brings together the subtle comedic and not-so-subtle emotional and philosophical elements of Hong’s script, encapsulated in a scene where Bong-wan collapses in tears and exhaustion on exercise equipment before even working out. More impressively, the ease in which Kwon can go from confidently rattling off grand statements on capturing reality with words, to passively sitting back whilst the women caught up in his affairs fight his battles, to dramatically breaking down, paints the picture of a man unable to realise his effect on others and cannot accept that maybe he can’t have it all.

Although Bong-wan is the centre of The Day After, it is the women surrounding him who provide the film’s most dramatic and thought-provoking moments. While as characters they do not have the depth of Bong-wan (the religious and head-strong Areum being the exception), their dialogue provides interesting material for audience interpretation. The women almost act as a collective conscience for Bong-wan while possibly doubling as a reflection of the public and private perception of Hong’s own scandal. In addition to hurling insults of “coward” in Bong-Wan’s direction, they also fight amongst themselves with accusations of shamelessness. This leads one to wonder whether the women’s remarks also reflect the views of Hong or the Korean public and media on the scandal.

The Day After’s emotionally-charged peak arguably comes in the form of a drunken dinner (what else?), where Kim Sae-byuk delivers the film’s standout performance as the emotionally-tired mistress who bluntly calls out cheating Bong-wan’s cowardice and selfishness. She is unrestrained and unafraid as Hong’s uninterrupted take holds onto her tearful frustration; the actress’ stream of tears and wailing is both captivating and devastating. Meanwhile, Kim Min-hee continues her streak of strong performances as the lovers’ scapegoat. Her performance makes even the longest of philosophical debates engaging and she brings sincerity to a script which otherwise may feel forced and stilted. 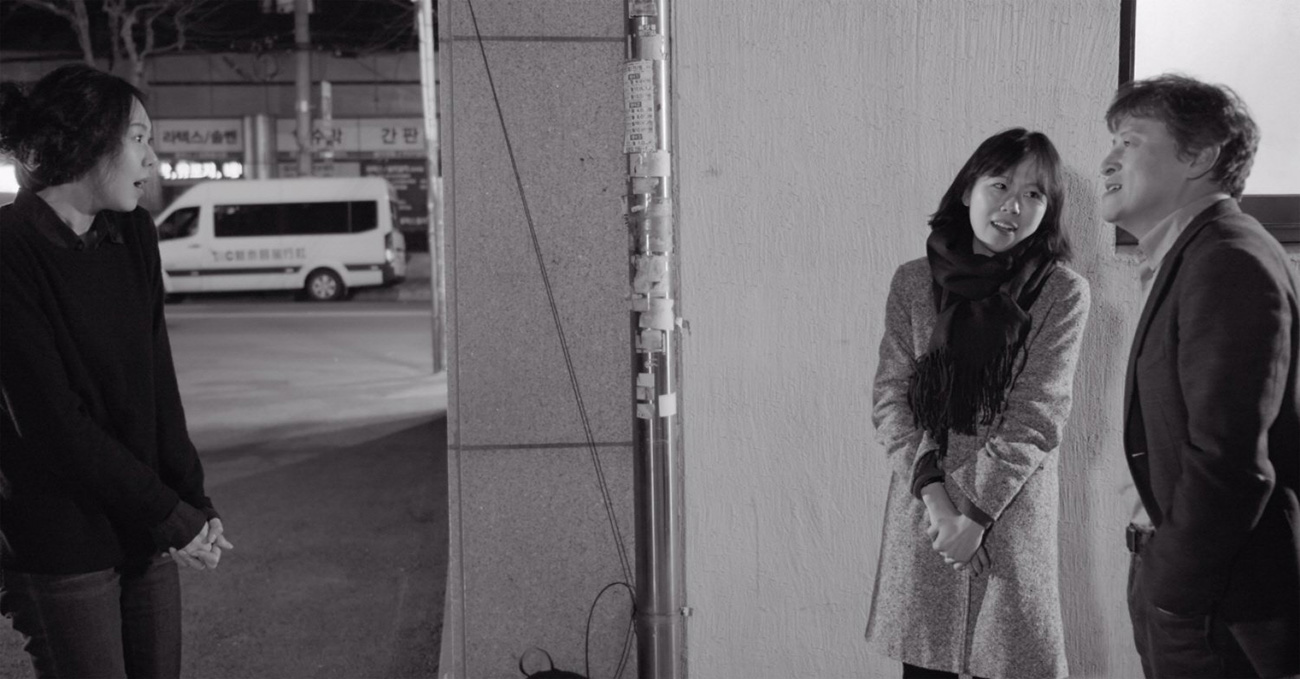 Capturing the dramatics emanating from Bong-wan’s affair is the lens of frequent Hong-collaborator Kim Hyung-ku. The usual snap zooms, static long takes, and profile shots exist as does the almost improvisational movement of the camera as characters lean in and out of frame, giving a more naturalistic feel to the human story. The choice of a monochrome palette, combined with the empty landscapes of Seoul also lends an oppressive atmosphere which isolates the characters from the outside world, intensifying the reflective tone of both Bong-wan’s character and the film itself.

The Day After continues to carry all the hallmarks of Hong’s most recent works – extramarital affairs, emotional conversations over too-many bottles of soju, and the overlap of reality and fiction in a way which borders on  recreation. This might tire some, but with every new film Hong seems to peel back more and more layers – revealing not only his perception of self, but of the public that criticised his affair. One can only guess whether Hong will continue down the path of on-screen self-reflection – and how much more will be unveiled.