Take a K-Pop idol and a magazine pin-up model and put them together in the beautiful setting of Okinawa with a language and cultural barrier and what do you have? Well in the case of My Korean Teacher not a whole lot really.

This Japanese rom-com relies heavily on its two main actors’ former lives to bring in an audience and don’t get me wrong, it will work. Yesung from Korean boy band Super Junior plays the lead male role and Nozomi Sasaki is the leading lady. Though her background is as a fashion model, she has considerably more acting credits than Yesung. Once the fans have been attracted to the film, a suitable amount of ‘kawaii‘ will hold their attention and delight, as will the requisite forced, slapstick scenarios and plot points. In fact their acting is not so bad, considering. 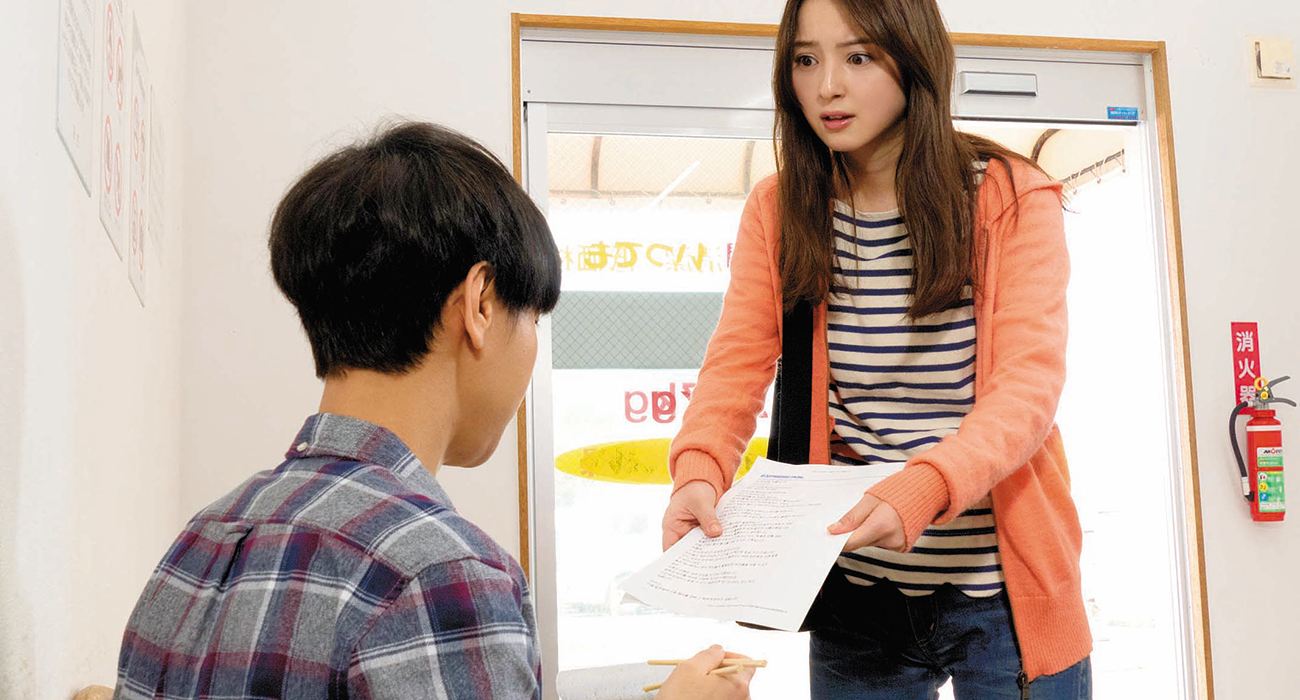 Yesung’s character has left a strict, overbearing father in Seoul to live a new life in Tokyo and when we pick him up, things are going a tad awry. He loses his job, his girlfriend is cheating on him, his dad won’t speak to him and in one last dealing with his company before they part ways, he manages to bankrupt them. Stuck in Okinawa with nowhere to go, nothing to see and naught in the world of friends, Yesung hits rock bottom. That is, until he stumbles into the owners of a language academy who are desperately looking forward to a Korean teacher.

The deal is sealed over some dinner and a lot of drinking (substitute soju for sake) and a blistering karaoke session. It is one of two songs in the film and yes, indeed he is a very good singer.

It is in his first lesson that we are introduced to Nozomi’s character, a single mum desperate to speed learn Korean cause she has lied to her boss at the travel agency about being able speak the language and guide the Korean clients that her boss is trying to attract. She pushes for private lessons on top of the regular classes and he relents. Thus begins the not so funny shenanigans that make up the rest of the film.

My Korean Teacher is obvious and forced from the get-go and is pretty unrelenting for its duration. The situations are staged with very little subtlety and they are clichéd and obvious but what’s worse is their poor execution in the filmmaking sense. The timings are wrong, just enough off to ruin the whole setup and this happens over and over again. Plot devices are crashed over your head, just in case you may miss them, and the pay offs are likewise flagged. This, mixed with some really cheesy choices of close-up ‘star’ shots make the film an exercise in patience. I feel a bit sorry for the stars because they are fulfilling their role but the writing and direction of Yuzo Asahara is just very ordinary. 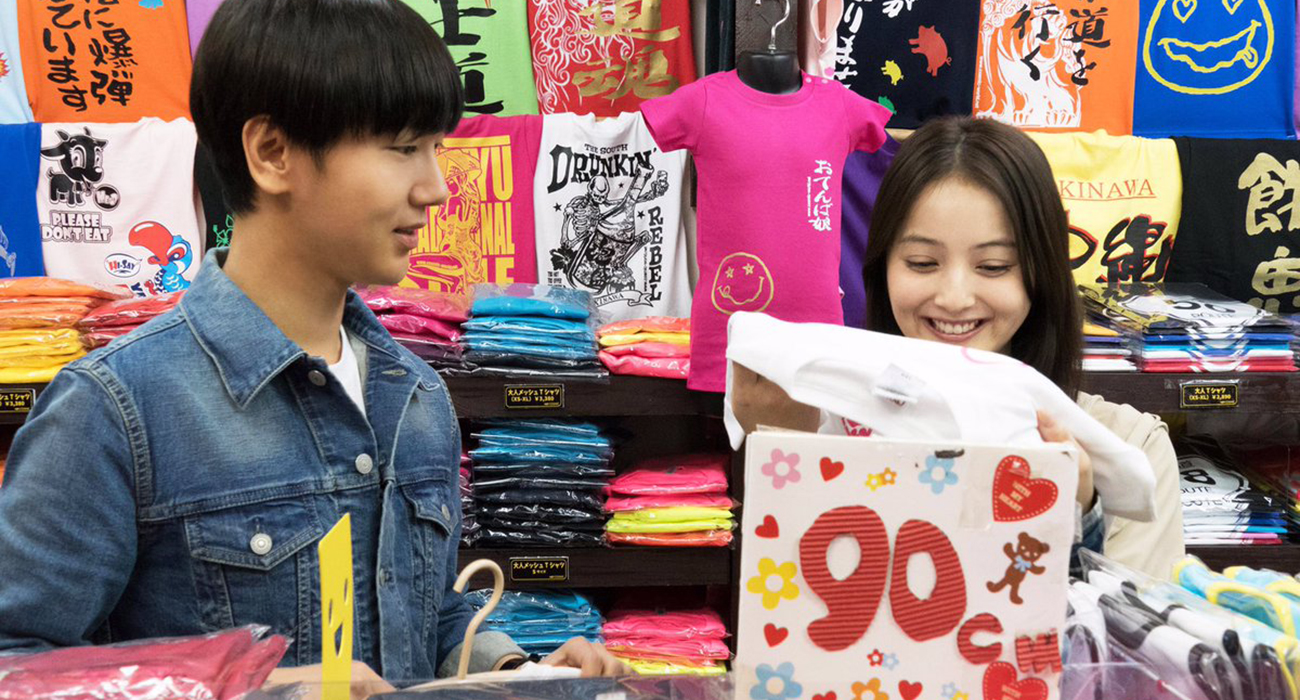 Laughs are hard to come by when a rape is prevented through some goofy break dance moves and a large ceramic pot to the head slapstick device. There are no repercussions for the perpetrator and it just seems to be a part of the working life for a woman, as it is never mentioned again. Seems to be a weird way to get two characters closer.

It’s a real struggle to find any redeeming features of this film although I know that I don’t fall into the demographic of the target audience and I’m sure many, many fans will be content seeing their idols on the big screen and just projecting their own fantasies on top of all the mayhem. Good luck to them. The really sad thing about this film is that it will probably make money which means that these filmmakers will probably strike again?