Memories of Meals: ‘Ramen Shop’ and the power of food films

Written for Japanese Film Festival 2018 in Australia. Filmed in Ether is a proud media partner of JFF 2018.

In the Japanese language exists the term kodawari, often translated to mean ‘obsession’. It can be applied to anything under one’s pursuit of perfection, but most fascinating is the kodawari of ramen. Ramen connoisseurs far and wide, not professional food critics by any measure, traverse the country (and perhaps even the globe) in search for the perfect bowl of ramen—a mish-mash of criteria influenced by their personal preferences and experiences, as well the chef’s individual philosophy and provincial produce. Here, the idea of “perfection” has no governing model, any two people can disagree on their best bowl of ramen. Dedicated ramen enthusiasts detail their encounters with every bowl through blogs and various other means.

A general interest in food among the public is evident in today’s internet era, but this fastidious obsession with ramen down to each drop of soup and every mouthful of noodle immediately calls to mind the Singaporean attitude towards their local cuisine. Just like their Japanese contemporaries, a pilgrimage made for a taste of the “best” version of any local dish is never a wasted effort. To back up the country’s food-obsessed status, Singapore’s government recently nominated the local hawker culture to be on the UNESCO Heritage list. More than a statement to boost tourism, the action brings forth the important role food has in evoking a sort of nostalgia that is crucial to one’s sense of belonging.

In drawing these parallels, Singaporean director Eric Khoo’s latest film Ramen Shop is a marriage made in heaven. Released locally as Ramen Teh, the title references the dish central to the narrative—a fusion of ramen and bak kut teh. Most may be familiar with ramen, but perhaps less so with bak kut teh, a popular Singaporean dish of pork ribs simmered in a garlicky and peppery broth made unique through an abundant mix of herbs and spices, most often served with rice or fried dough sticks. Though ramen and bak kut teh stand on two opposite sides of a cavernous valley as far as pork broth dishes go—one known for its richness and the other for its invigorating spiciness—their histories bring them together as close cousins. Both in fact originated in China and were brought over to the respective countries thanks to Chinese immigrants. With ramen having since become synonymous with Japanese cuisine, and bak kut teh with Singaporean and Malaysian cuisine, their personal histories remain as cloudy as the film’s protagonist, Masato (Takumi Saitoh). 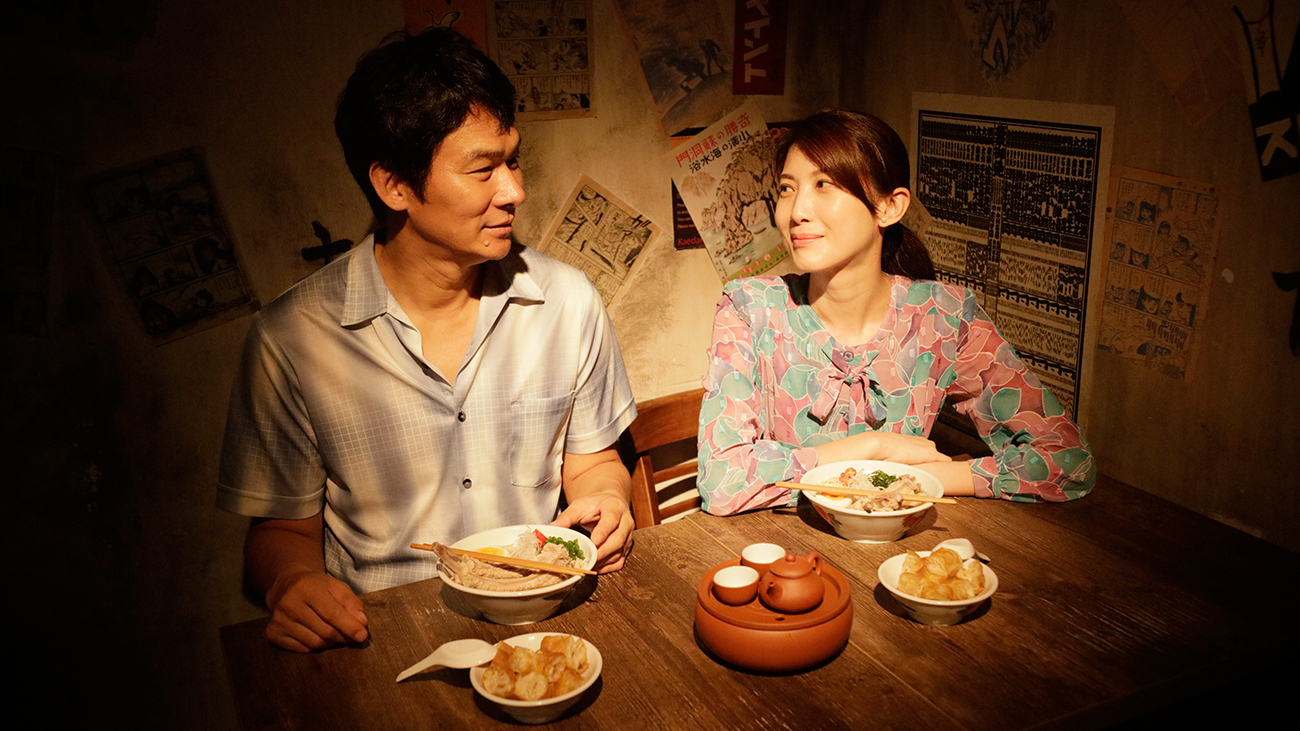 A budding ramen chef in Japan under his stony-faced father Kazuo (Tsuyoshi Ihara), the beginning of the film portrays Masato as eager to recreate bak kut teh. However, in all iterations, it does not match up to his memory of how it had tasted to him as a child. Following the death of his father, Masato discovers a treasure trove of memorabilia belonging to his late Singaporean mother Mei Lian (Jeanette Aw), which inspires him to return to Singapore to piece together his own history and that of his parents’ early years of marriage. Through Masato’s inquiry we learn that Mei Lian’s family ran a bak kut teh stall out of a kopitiam (a traditional coffee shop). Kazuo, who had been in Singapore many moons ago, had come all the way to their stall to taste the “best” bak kut teh in the country, and Mei Lian had brought him his first bowlful.

So what does it mean for Masato to come back to (literally) his motherland? The weight of the past features heavily in the film with half of the narrative occurring in flashback, tinged with the all-too-familiar sepia tones often associated with nostalgic imagery. In those memories Masato recalls the loving bond he and his parents shared over simple bowls of bak kut teh. Yet upon his return, Masato experiences rejection from his maternal grandmother. His Japanese ancestry summons to mind her own memories of a Japanese-occupied Singapore during World War II, and the hardships the local Chinese faced under their boot.

It is here that the symbolism of food as a nostalgic device shines through. To gain her acceptance, Masato learns the family’s bak kut teh recipe to perfection, then modifies it to include his own personal history of making ramen with his father. This fusion of two separate dishes is more than just some food fad, instead serving as a linkage between two familial histories and the mending of broken ties. A fundamental aspect of nostalgia is that it floods us with vivid memories of people and things from our past that provided us with a warm sense of belonging. Food is a perfect conduit for nostalgia as it is a communal act bringing people together in a comforting and authentic experience. In tasting his cooking, Masato’s maternal grandmother can finally remember her late daughter. Similarly, Masato is able to reconcile his parents within his memory. 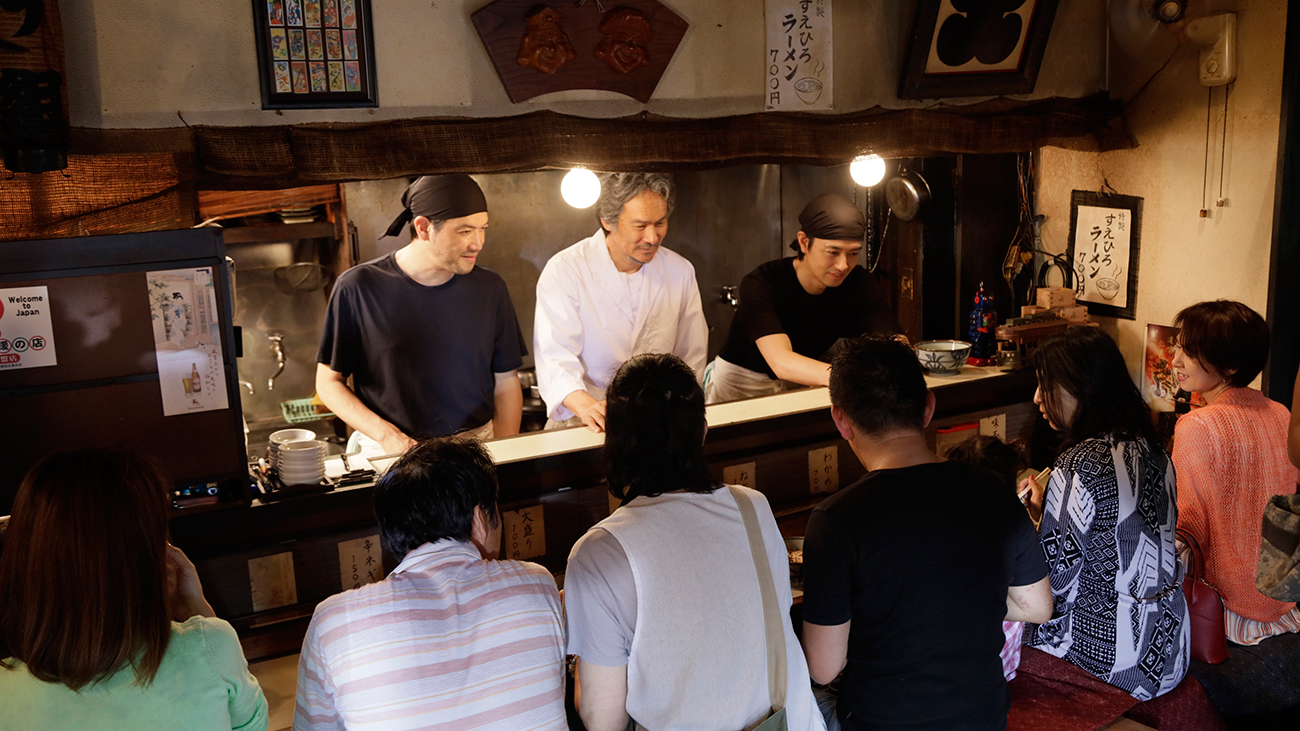 The way this film references itself is uncanny. A co-production between Singapore, Japan and France, the film at the production level is like a fusion dish of its own. Khoo himself is further known for making his own “fusion films.” In 1995, his debut feature film Mee Pok Man was indubitably the filmmaker’s homage to Taxi Driver, but it was no mere recreation. Khoo injected his own flavour into the established tropes and themes by placing it within a uniquely Singaporean milieu. Similarly, Ramen Shop references other food films of the past such as Juzo Itami’s Tampopo as its base, but builds from there a narrative that can be appreciated by a large audience, while also remaining somewhat specific to the Singaporean demographic. Notions of nationaliity and originality become an implicit site of conflict for a transnational film selling a transnational dish.

Whereas Japan’s history dates back many millenniums, Singapore is considered a youthful nation, only having gained independence less than a century ago. Nonetheless, both countries now struggle with a similar issue: the maintenance of traditional values in a younger generation who are being raised in a modern, globalised world. Perhaps the smallest but most significant plot point in the film involves Masato heading to Singapore’s National Museum to visit a then ongoing exhibit entitled “Witness to War: Remembering 1942.” Having visited the exhibit myself, I found shining through the veneer of war-time history a plea for the youth of Singapore to stay connected to their history—to remember where we as a nation came from.

In Ramen Shop, the act of simply remembering his life through food is what leads Masato back to a sense of home and self. Whether the film actually suggests this as a probable solution for a transformed generation to be reconnected to their roots is unknown, but it is does provide a positive outlook on the otherwise cynical view some might have of millennials regarding their relationship with their culture. After all, food, being readily available almost everywhere in thriving countries such as Japan and Singapore, offers a never-ending journey of reconciliation with the past. 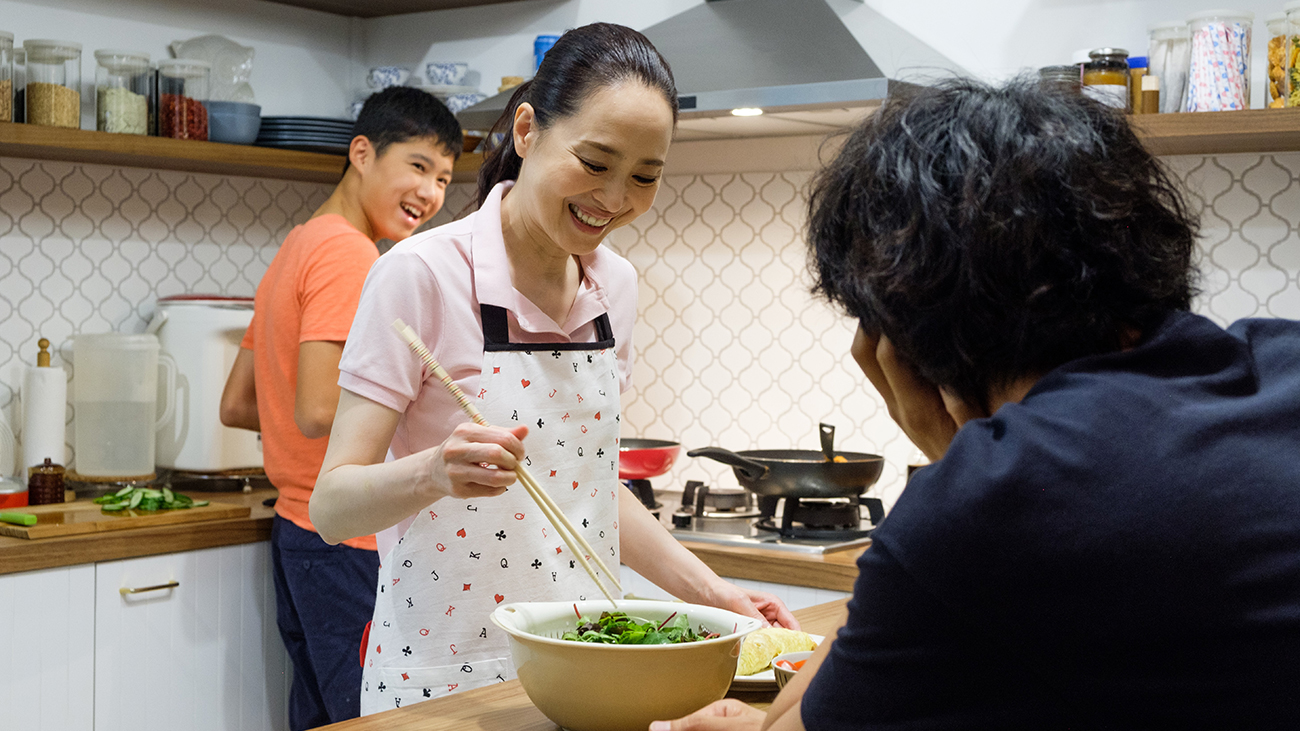 Much like Masato’s transformative journey, food culture in Singapore and Japan has certainly changed over time – both countries having borrowed and adapted elements of other food cultures around the world.

During the Meiji Restoration, for example, Japan’s adoption of bland western dishes to suit local taste buds gave birth to yōshoku favourites such as katsu and castella cake. Though it directly translates to ‘western food,’ yōshoku is now considered an integral part of Japanese cuisine.

Yet as food culture has morphed, what has remained a constant is the way in which we form a sense of self through the memories we hold close to the meals we eat. And that is perhaps also why food films like Ramen Shop continue to have a place in storytelling. Because as Ramen Shop has shown us, the memory of a meal can mean so much more than simple, packaged nostalgia. It is a sense of home, family, and community.