This March, Korea commemorated 100 years since the March First Movement, a significant display of resistance by the Korean people against Japanese colonial rule. The protests lasted over a year and saw an estimated 2 million participants involved across 1,500 pro-independence demonstrations. One of these was planned by 17-year-old Yu Gwan-sun, who was arrested for her participation and sent to Seodaemun Prison. While imprisoned, Gwan-sun led protests in the face of severe torture and mistreatment, her constitution symbolising Korea’s determination for independence and freedom.

The plight and resilience of Gwan-sun and her fellow female protesters serves as the inspiration for director Jo Min-ho’s return to filmmaking, with his latest A Resistance charting the final year of Gwan-sun’s imprisonment.

“In Korea, people believe that Korean modernisation started through Japanese colonial period and then the March First Movement was the start of that modernisation of Korean society,” Jo says via translator. “But in history, compared to China and Japan, women’s movement was quite early — like globally — and not just Yu Gwan-sun, but there are a lot of other female protestors and movement leaders and I wanted to draw attention to that fact.”

In drawing attention to Korea’s female freedom-fighters, Jo says it was important to him to realistically portray the harsh realities of life inside Seodaemun Prison, where a total 40,000 independence protestors were incarcerated and, at times, tortured during Japanese occupation.

“Japan’s people, they beautified what the prison life was…[while] the real records all disappeared. And what the actual life in prison was just based upon testaments and the records by historians… But in reality, I realised the conditions of those cells were unimaginable. It was like an animal farm; it was like a living hell. And I wanted to show a little bit of that.” 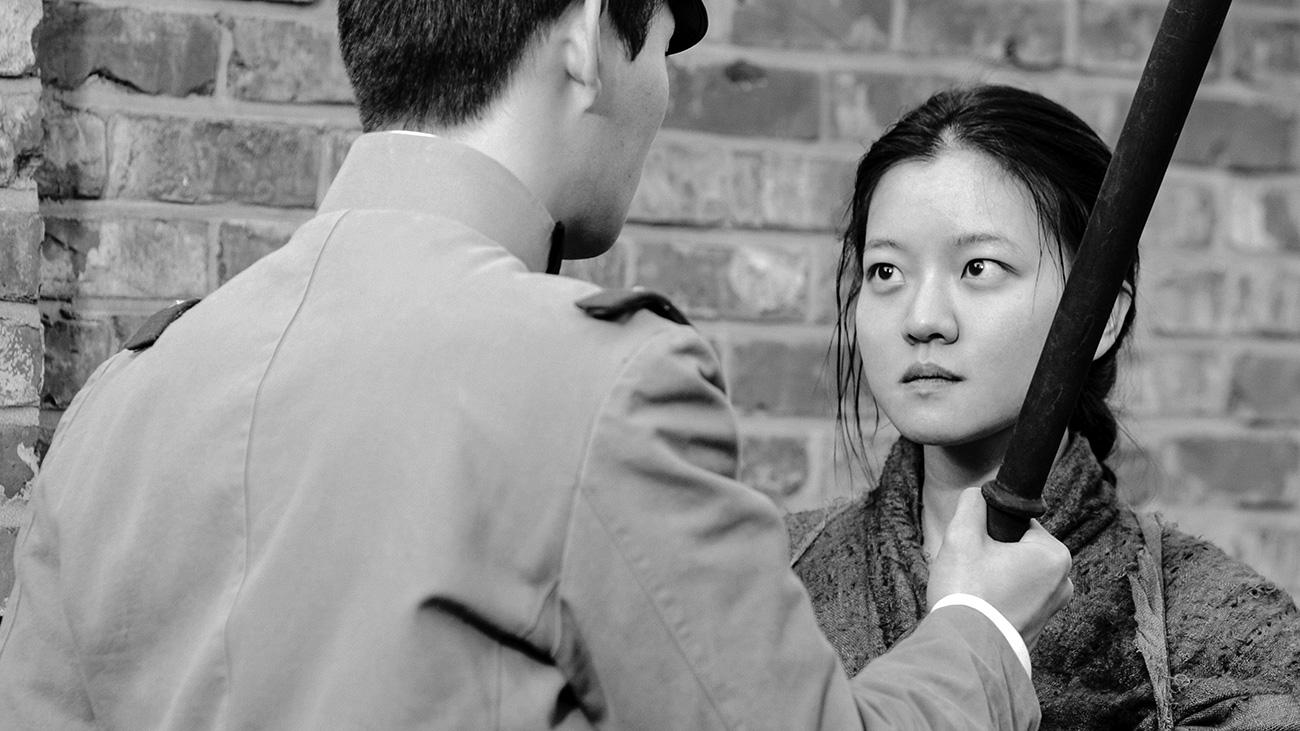 Although Gwan-sun’s resistance is well-known to Koreans — her martyrdom made her Korea’s ‘Joan of Arc’ — Jo wanted to create more than just a simple reenactment of events. He says his primary goal was to dig deeper emotionally and portray Gwan-sun as a human being.

“Although everyone knows about her, no one knows what kind of life she lived and that was very strange in a way that people didn’t even pay attention to her life. So that was the main reason why I decided to make a film out of this,” Jo says.

“I wanted the audience to have an interest in her life and what kind of feelings she would’ve had.”

The humanisation of Gwan-sun and her fellow protestors was also paramount to the film’s lead actresses. Ko A-Sung, who plays Gwan-sun in the film, says when approaching her portrayal of such a renowned figure, it was important that she was viewed as more than just a symbol and that audiences connect with her as a real person.

“When I thought about Gwan-sun, she was just a historical figure and didn’t feel like an existing human being. So the first thing that I had to do was to take her as a human being and [how she] would talk and act,” say Ko.

Kim Ye-eun, who portrays fellow protester and prisoner Kwon Ae-ra, says while even less is known about her character, she found her way into the role by starting “from the inside”. 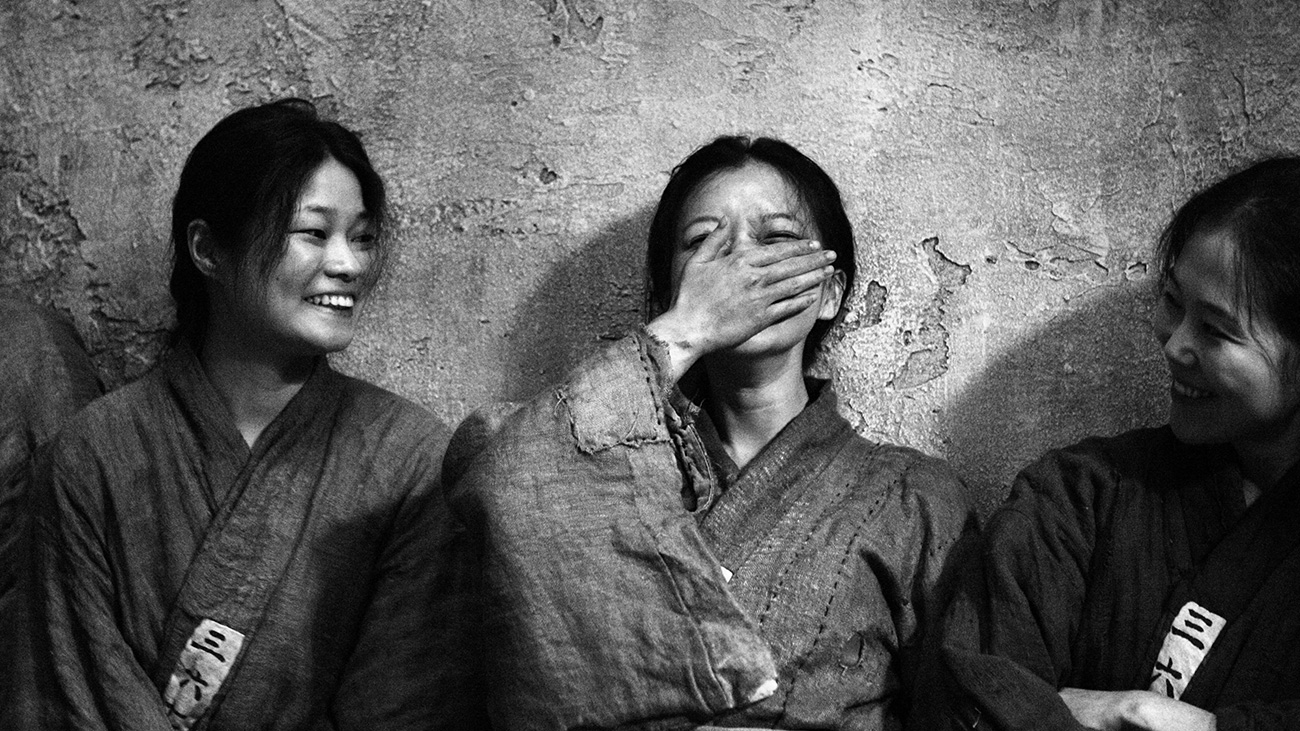 Another way A Resistance achieves such a realistic, empathetic realisation of its women is through scenes of trust and companionship between the female prisoners.

Moments where the women share rations, huddle together for warmth, and collectively fight back against prison brutality all strengthen the impression of their bond.

“This would probably be the first film with female prisoners in the cell and they don’t really fight with each other,” Jo says. “They show and prove their sisterhood, and I thought that would be something that would be fairly new to the audience and I wanted to show that.”

Actresses Ko and Kim say their on-screen sisterhood was a sentiment shared on-set, with the bond between actors helping to ease the emotional-stress of playing such demanding, established historical roles.

“It was very overwhelmingly emotional that everyone knows about [Gwan-sun] and I had to start my acting based on that fact. But once the shooting started and when I did the lines and I acted, it didn’t feel like it was too difficult,”Ko says.

“It would have been super difficult if I had to act on my own, but there were 25 other women in the prison cell and they made it more real for me to feel that emotion so it was very helpful.”

Kim agrees, adding: “Everyone had found it very difficult before shooting because they thought…it’s going be a difficult movie. But I think in the end, everyone [supported each other]. When I heard other actresses’ voices, it felt like this was very real and they definitely helped me. There was a strong bond.” 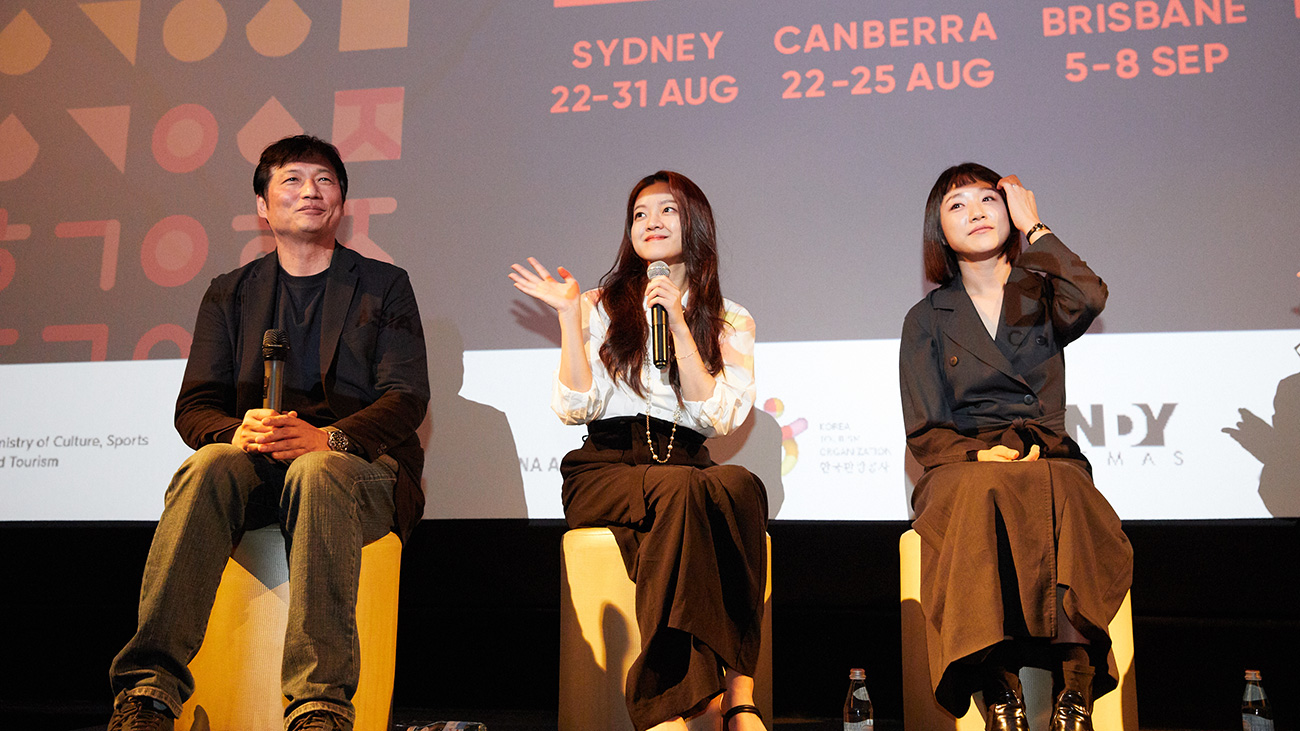 With A Resistance showing in Australia as part of Korean Film Festival in Australia 2019, this may be the first time Australian or non-Korean audience members will learn about Gwan-sun and the March First Movement. When asked about their thoughts on this, actresses Ko and Kim say their goal for both Australian and Korean audiences is one-in-the-same: to bring life and heart to their historical characters.

“It felt like to me my responsibility was to show that someone like this existed in that era and in that sense what I wanted to show the audience in Korea is not very different to the ones [what] I want to show in Australia as well. It’s probably the same – to prove that this figure really existed,” Ko says.

“There are not that many Korean protestors or Korean historical figures that are known to the world and it was an opportunity for me to introduce that figure to the world,” Kim says. “Secondly, I kind of felt responsibility to act out that historical figure, I wanted people to feel her heart and what kind of person she was.”

Meanwhile, Jo’s response veers more philosophical, conceptualising A Resistance’s universal message as one of connection – to country, to each other, and to personal responsibility.

“One-hundred years ago [was] the era when people identified his or her life with the fate of mankind and the [nation’s] people. Now everything is fragmented and people live a life far away from the world. I wanted to describe some kind of responsibility through a figure who exchanged [their] life in fighting against injustice. By doing so, I had a hope to show the link between mankind and individuals,” says Jo.

A Resistance has certainly connected many to Gwan-sun’s tale. As of August, the film passed 1.5 million admissions and ranked in the top 30 most popular films of 2019 in Korea. With another film based on the same event also released this year, Korean cinema is helping spread and preserve Gwan-sun’s inspirational story for the next 100 years and beyond.

A Resistance is playing across Australia as part of Korean Film Festival in Australia (KOFFIA). Filmed in Ether would like to thank KOFFIA for making this interview happen.