In 2014, in an industry robust with manga adaptations, independent film production company BUN-BUKU was formed. Founding the company were directors Hirokazu Koreeda and Miwa Nishikawa. It was their drive to tell original human stories whilst highlighting the darker facets of Japanese society that motivated them. Along with their goal to keep celluloid alive, BUN-BUKU wanted to promote emerging filmmakers and encourage them to tell original stories. One of these filmmakers was Nanako Hirose. First working as an assistant to Koreeda, she M moved up to AD on Nishikawa’s The Long Excuse (2016) and thereafter was given the opportunity to direct her first feature, His Lost Name.

In His Lost Name, an original story written by Hirose, the writer-director finds a surrogate in the main character who first identifies himself as ‘Shinichi Yoshida’ (Yuya Yagira). Shinichi is a young man, recently out of college, who is attempting to start over after a suicidal bout. Throughout the film, Hirose confronts the deconstruction and reconstruction of the individual, the family, and questions their meaning. Within the surging family-drama genre, she weaves together a unique vision and style by use of muted color palettes, elements of suspense and a puzzle-like narrative that subverts the genre’s tropes.

We caught up with the emerging filmmaker to discuss her new film, original stories in Japan, being a protégé of  Hirokazu Koreeda and Miwa Nishikawa and the desire to understand others.

When did you decide you wanted to work in film and what lead you down that path?

It’s really hard to say when exactly but I had decided I wanted to study all parts of film and I went to university to study film. And by doing lots of things, I finally settled on wanting to direct.

I think a big part is that I felt holding a camera is something that I could do. I think something about the fact that an image can express things that words cannot definitely drew me in.

How did you in turn make your way to the sets of directors Miwa Nishikawa and Hirokazu Koreeda? And what were those experiences like?

I’m part of the BUN-BUKU production company that they are part of, and I didn’t know it at the time but Koreeda was looking for members to be a part of the company. [My] friend told me about the fact that he was interested and it was around the time where I didn’t really have a job and I was sort of wandering around so I decided to give it and shot and luckily I was accepted.

It’s not very humble of me to say this but while I was being interviewed by Koreeda, I felt that the way we used language and the way we feel language was very similar and so while we were talking I felt that I might actually get the job.

With Koreeda, I was able to work alongside him for three years as an assistant to the director. I was able to work with him from the scriptwriting stage to the finished film and during that process I was assisting him but also sometimes interjecting. I was really able to study the fundamentals with him and sometimes interjecting meant that it would pause the production so I learned to have a tough heart.

When you were interviewing for BUN-BUKU, was it for a specific role at the production company or was it more general of an interview process?

Actually the position was to be an assistant to the director so I was applying for that specific position, and that position was for people hoping to eventually become directors. 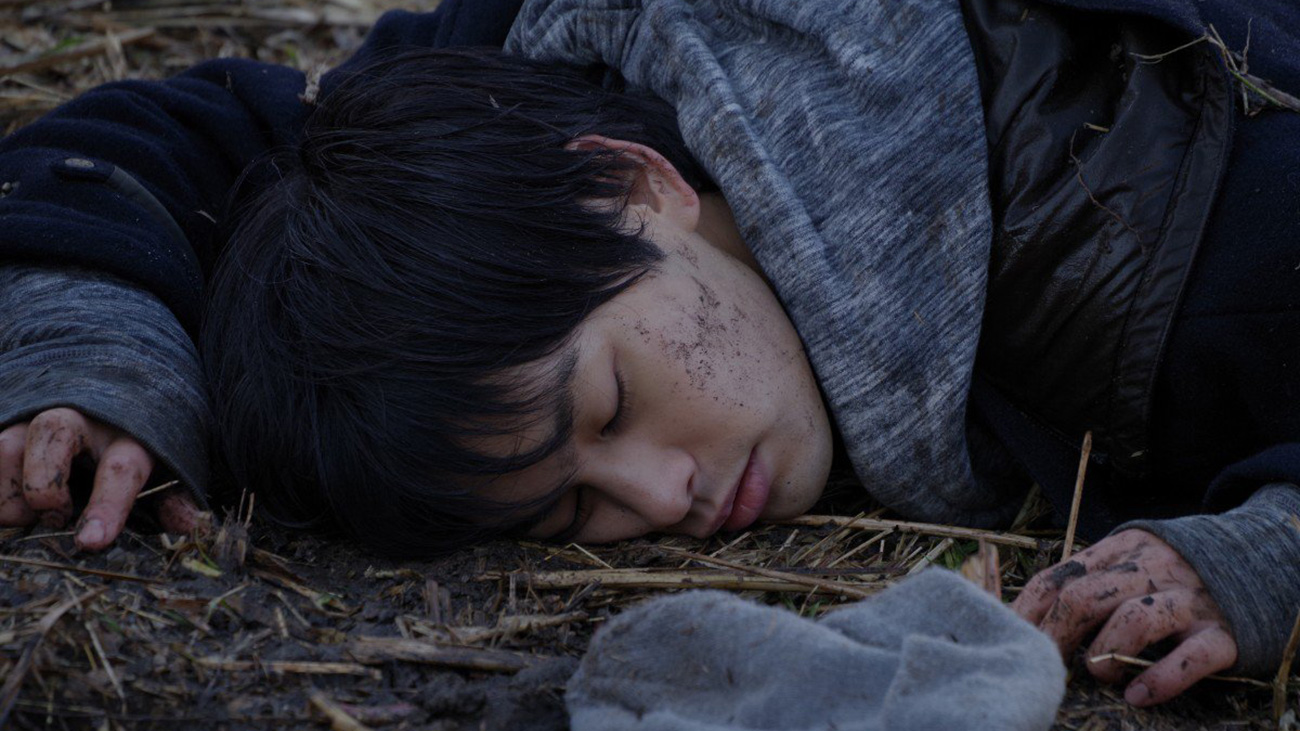 In both Nishikawa and Koreeda’s films, there tends to be a focus on depicting domestic life and the family unit in regards to a larger social or political issue within Japan. I had the same sort of feeling towards your film in which a young man is trying to start over in Japan, and the socio-economics that carries with it. I was wondering [about] these layered stories that highlight issues within Japanese society — are they stories that you’re passionate about and want to continue creating?

While I am very interested in continuing to focus on and pursue stories that have social problems within them, familial themes aren’t something that I’m necessarily concerned with. It just so happened that within this film, a family-like situation occurs. But I feel that my perspective on that is more of an outsider’s.

While I don’t necessarily think that it’s something only BUN-BUKU does, BUN-BUKU does try to put forth original scripts and so when things are more commercial in Japan — a commercial-based movie — it oftentimes is a manga adaption and it’s actually hard to push through an original idea and make that happen. So I do want to continue to make films that express things from a personal level [and] express what I feel from society on a personal level and continue to do those works and not only at BUN-BUKU. But I really want to support other companies outside of that as well that are continuing to do these things and also encourage each other to continue at that.

I understand you wrote the story and the screenplay. How did this story originate?

I was always told that I should debut my first film in my 20s so that’s something that I wanted to do but I wasn’t able to. I turned 30 [laughs].

But I felt that I wanted to create a film where I could channel the perspective of myself in my 20s so I tried to remember what that was like and hold that feeling fresh in my mind. I wrote this script really trying to remember what it was like to be in my 20s. I remember after graduating from university I couldn’t find a job and I felt a kind of repression in that state. That point in time was right after the earthquake and the societal atmosphere in general was one where people were really singing high praise towards familial ties and the idea of human connections and that idea, that narrative I had, sort of a discomfort which how much it was being pushed and so I wanted to make a film that sort of questions this idea of blindly talking about familial ties.

What I wanted to do was not just concentrate on good human relationships but also show the darker ones as well and pose questions about young people entering society and what that might mean. 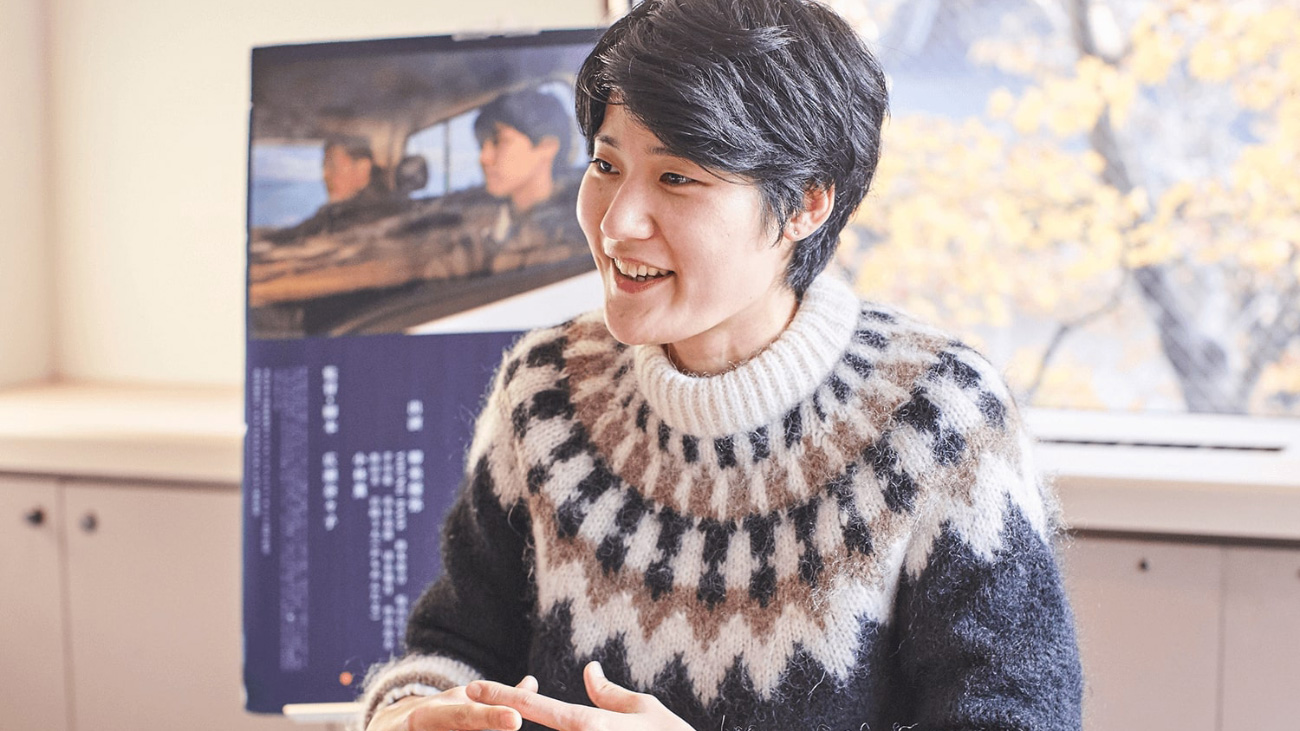 Were there any particular films that inspired the story?

Your favorite filmmakers in Japan and around the world?

For Japanese filmmakers perhaps I should choose who I studied with, but for this purpose I’ll say Nobuhiro Yamashita who I really like, as well as Ryosuke Hashiguchi. I like Jia Zhangke, and of course the directors I mentioned earlier, the Dardenne Brothers and Lee Chang-dong.

It really depends on the filmmaker, they all have extremely different styles. But in terms of Lee Chang-dong I feel the way he writes and how calculated and thought-out everything is. I find that to be amazing.

In terms of Jia Zhangke, I think the way he’s able to replicate the atmosphere of the period that he’s depicting as well as the depiction of everyday people’s lifestyles. I have a lot to learn from the way he does that. In terms of the Dardenne Brothers, I learn a lot from their camerawork. 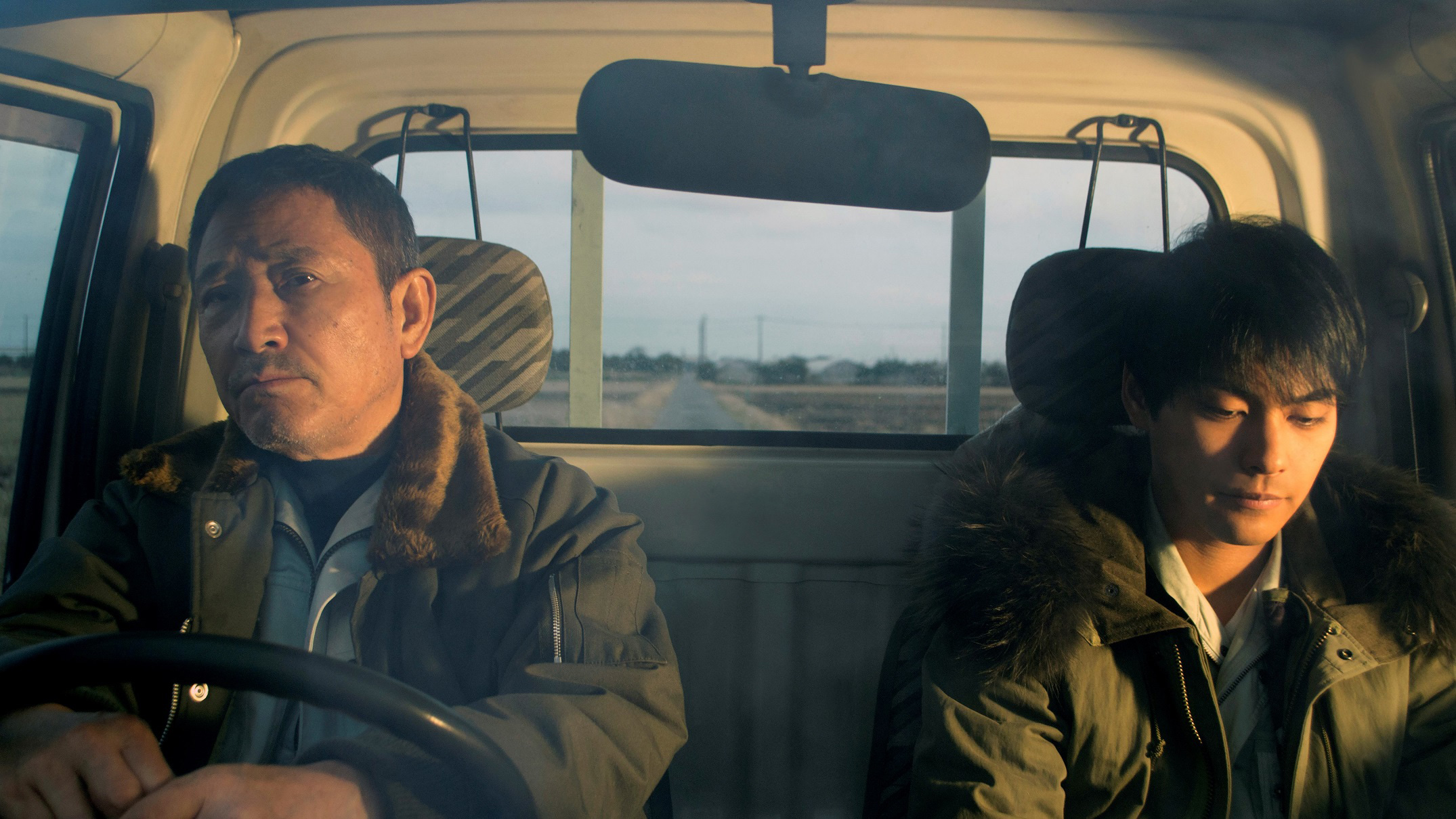 To add on to that, what would you say makes a good or interesting story?

One thing is whether you’re able to feel it was a necessity for the film to be made in that time — I find that to be an important factor. The other thing is perhaps the human-to-human complications that arise, as well as the ambiguities and these subtle things that exist between people and whether that gets expressed.

What do you hope to do as you continue making movies? Are there any kind of themes you want to approach, and what is your hope for the future of cinema?

This work that I just put out, it’s sort of about me by way of looking deep inside myself and it expresses something about me. But in terms of the next films that I would like to make, I’d like to also draw from others and be able to imagine what other people are thinking and empathise with others, and that’s the thing that I want to continue to do within my work. In terms of themes, I assume they will change over time but right now I’m considering thinking about how women can live more freely within the world. In terms of the future of cinema, I hope that more original works can come out rather than adaptations. Also, even though today it’s been the norm to shoot films on digital, I would like to see more films shot on celluloid.

This interview was conducted at Japan Society, New York, NY and interpreted by Aiko Masubuchi. Answers have been edited for clarity.