Feature: Why an Oscar win is important for ‘When Marnie Was There’

Natalie has previously reviewed When Marnie Was There, which she called “a gem in its own right”. Her full review can be found here.

On January 14, 2016, Hiromasa Yonebayashi‘s When Marnie Was There was nominated for an Academy Award for Best Animated Feature Film. When Marnie Was There is Studio Ghibli’s supposed final film and will close out a prolific output of consistently extraordinary films created in the last nearly 30 years. Yet in the 15 years since the Academy Award for Best Animated Feature was first introduced in 2001, it seems incredible that Studio Ghibli has only won an Oscar once for Hayao Miyazaki‘s Spirited Away back in 2002, and been nominated a total of five times.

The Oscars are hardly an indicator as to whether or not a film is truly great, yet winning one can matter and in the case of When Marnie Was There, it’s potential win wouldn’t just be a victory for Yonebayashi and the film — it would also be an excellent way to honour the legacy of Studio Ghibli and its contributions not just towards animation, but in the history of cinema.

When Marnie Was There mightn’t have the epic quality that characterises Studio Ghibli’s most recognisable films like Spirited Away and Princess Mononoke, but look closely enough and you’ll see that Marnie serves as a very fitting bookend to the Studio’s work. Marnie encompasses everything that has always set the films of Ghibli a cut above the rest in the animation world: its balance of fantasy and realism, its use of animation as a storytelling medium not just for children, and its humanist nature and recurring themes consistent with the rest of Ghibi’s backlog. 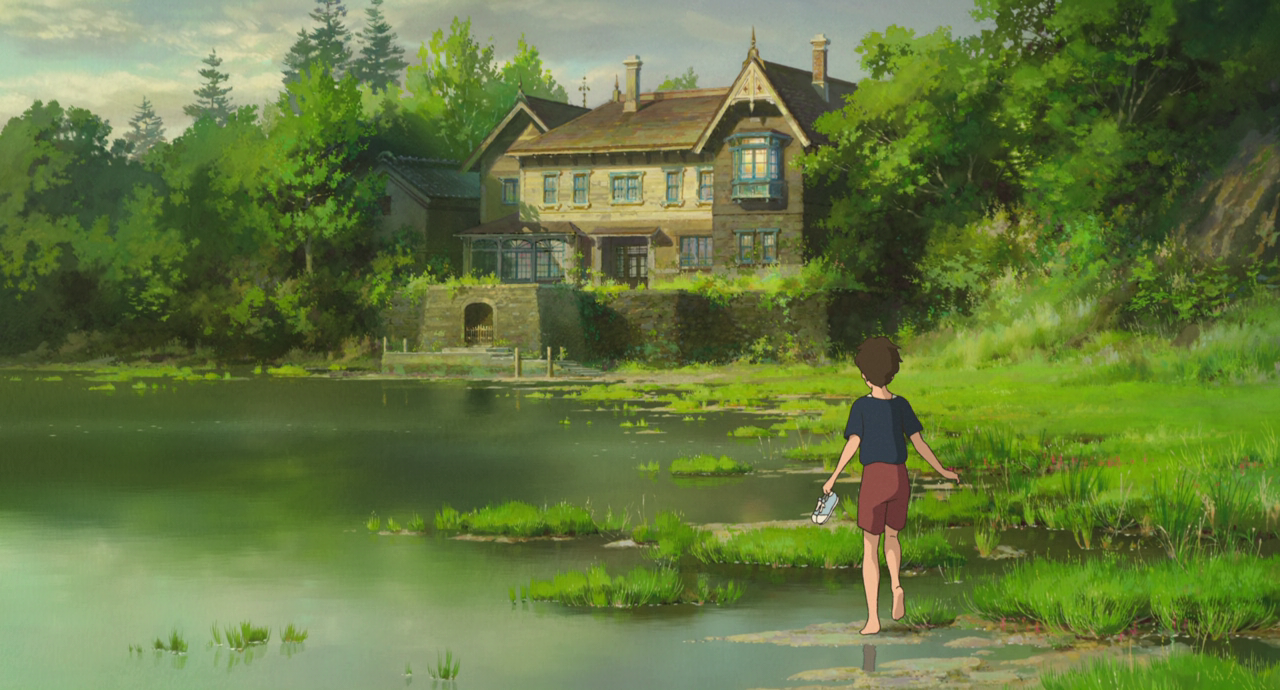 The films of Studio Ghibli have always used the element of fantasy in nearly all their films but only in service to the story they are telling. Films like Howl’s Moving Castle, Princess Mononoke and Castle in the Sky all exist in the realm of high fantasy with magical kingdoms and forest monsters — often used to tell big stories about mankind’s interactions with their environment — but then there is also Whisper of the Heart, where the fantasy element is minimal and introduced only in protagonist Shizuku’s dream sequence involving the plot of her novel.

Marnie similarly, uses fantasy in a restrained manner. The titular Marnie is a ghost that appears to the protagonist Anna and befriends her, and the story uses this unusual supernatural friendship to tell a bigger story about family, love and friendship, while also taking the painfully shy Anna on a journey of self discovery as she learns how to come out of her shell. 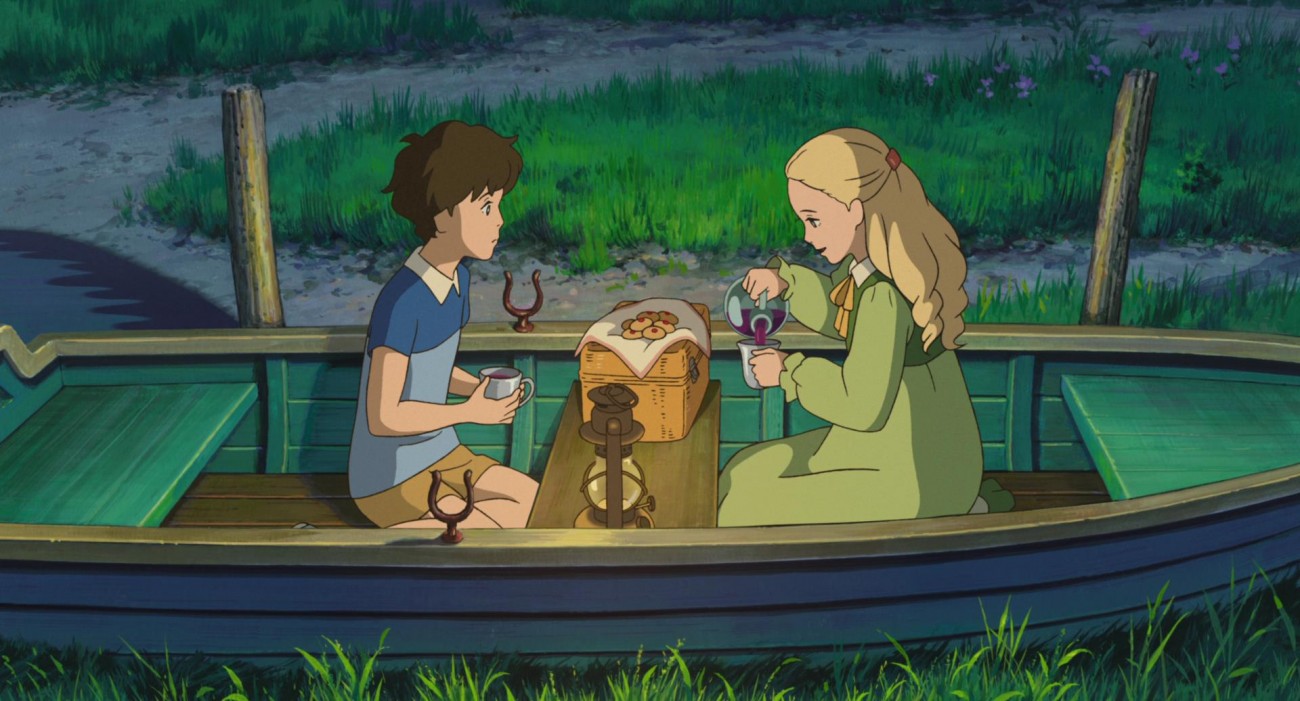 Although Studio Ghibli’s work has been primarily family-oriented, the studio has also never shied away from tackling darker themes that its Western counterparts would never dream of for fear of upsetting its family audience. War, mental illness, patriarchy, death and loss are among the many issues that Ghibli films have dealt with in a respectful manner. Grave of the Fireflies has been lauded for its uncompromising look at civilian life and tragedy as the result of war. The Tale of the Princess Kaguya meanwhile dealt with patriarchal social structures and female oppression.

Marnie shows us multiple characters dealing with feelings of abandonment and self-esteem issues. In the film, we learn that Marnie was psychologically and physically abused by her nanny and maids as a result of being neglected by her well-meaning but ultimately incompetent wealthy parents. Her childhood trauma manifests into mental issues as an adult, but the story never treats her as a victim. Instead, she shows a quiet strength and endurance as she becomes an adult capable of love and care. Ghibli never coddles its audiences in that sense. It always respects its audience’s intelligence in being able to deal with complex material about human nature while keeping the film family friendly. 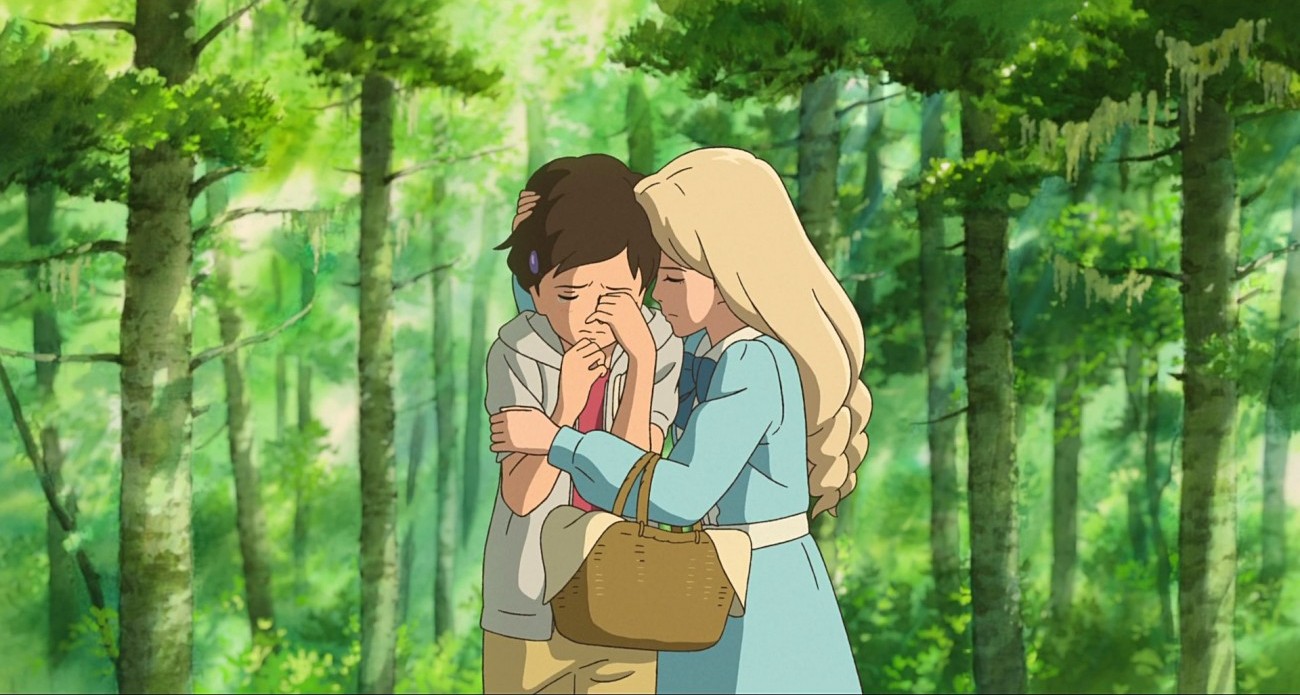 But perhaps the most compelling thing, more than any other key traits in Studio Ghibli’s films, is its range of female protagonists and coming-of-age stories for girls. We live in a world where Hollywood films are constantly trying to market films to be more “male-friendly” by downplaying its female characters out of its marketing or story. Two examples of this include the latest Star Wars film which left out its female protagonist Rey from a good chunk of its marketing and Disney’s Rapunzel film which changed its title to Tangled so as not to put off male viewers.

Meanwhile over at Studio Ghibli, a good 17 of its 22 films (if we also include the incredible Nausicaa: Valley of the Wind which is technically pre-Ghibli) feature female leads, and of those 17 films, eight of them include a coming-of-age narrative. Marnie is amongst that list of eight and gives audiences Marnie and Anna, two pre-teen girls who, through their friendship, are able to heal each other’s emotional wounds. For Anna, it is also a journey where she learns how to open up to the people around her, find her inner strength and rebuild her self esteem. And although Marnie is a ghost, there is a sense that she finds closure and comfort in conveying her story to Anna. It is a story told on a small scale but its importance should never be underestimated.

In post-feminist media, there has long been a misunderstanding that the kind of female characters audiences want to see are heroic, emotionally steely, ‘Chosen Ones’ with ‘Special Snowflake’ powers as opposed to female characters that are emotional or possess traditionally ‘feminine’ traits. Discerning audiences should want to see all types of women and girls depicted in their media and in the character of Anna, along with other young Ghibli heroines like Kiki, Chihiro, Shizuka and many others, we get girls who are allowed to be emotionally vulnerable, completely ordinary and yet have a story worth telling.

When you reflect on When Marnie Was There through the eyes of Studio Ghibli’s legacy, the film can be seen as a culmination of everything the studio has ever done: the studio has never allowed itself to rest on its laurels, has sought to tell diverse stories, present complex characters and has always remained compelling whether it is telling a story on a grand or small scale.

And in that sense, is it naive to hope that When Marnie Was There would be able to snatch the Oscar for Best Animated Feature Film from the increasingly complacent Pixar Studios and its middling at best nominee Inside Out? After nearly 30 years of giving the world consistently inspiring stories, and constantly pushing the bar of the animation medium, winning the Oscar for When Marnie Was There would be the perfect way to honor and close the chapter on Studio Ghibli’s magnificent legacy.