Before discussing The Deer King, let’s first get something out of the way. The film is directed by Masashi Ando and Masayuki Miyaji, veteran animators who worked with Hayao Miyazaki under Studio Ghibli before taking their own directorial leaps. So it’s easy to see the links—be it a detailed focus on stunning 2D animation or a deep dive into current day issues among society, naturally the teacher would leave a mark on his students. But let’s end this discussion here, because we aren’t talking about a Studio Ghibli film, but a Production I.G. film.

Anime enthusiasts will likely have heard of I.G. by now—famous productions range from Ghost in The Shell, Neon Genesis Evangelion films (along with Gainax) to Haikyuu!! and Psycho-Pass. What’s there to say? They’re on par as one of the best Japanese animation studios currently still in the works.

As such, Ando and Miyaji have strong support behind this film—a necessity, as The Deer King, originally a series penned by long-time fantasy novelist Nahoko Uehashi, is a challenging beast to tame. 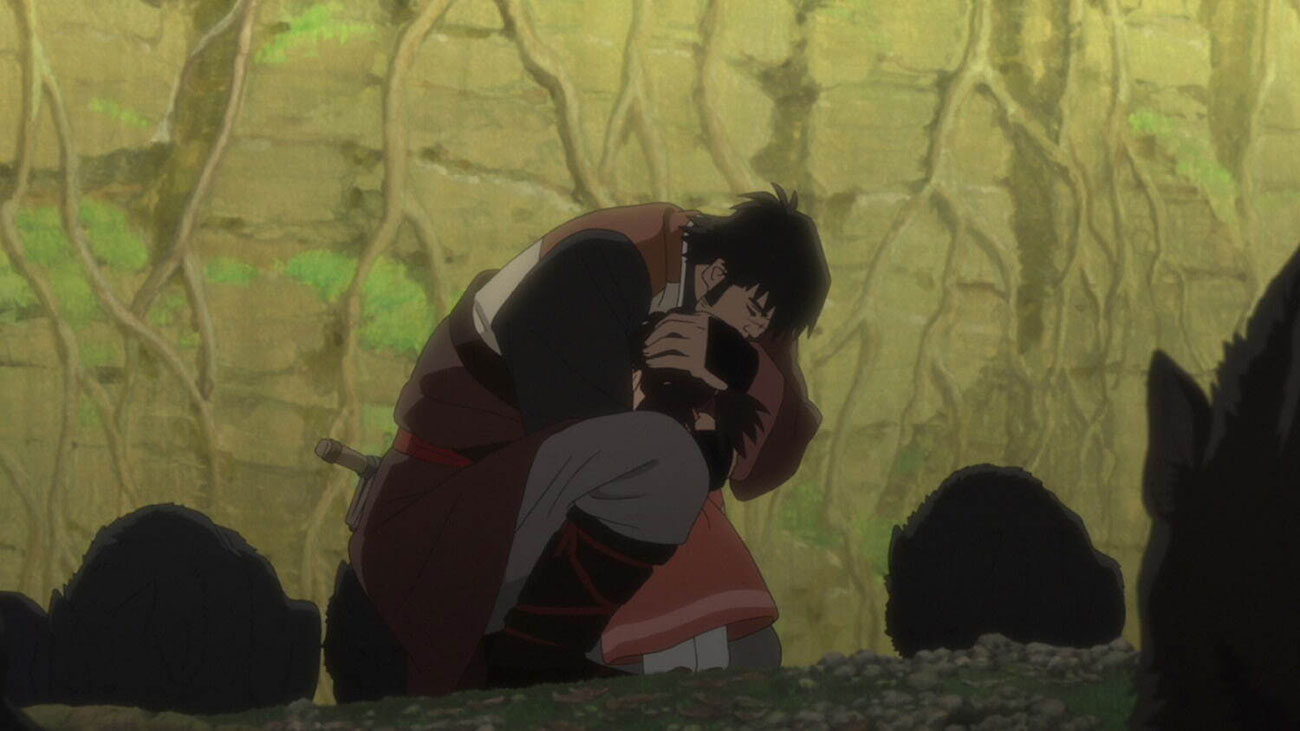 With a runtime just shy of two hours, the film can feel a little rushed. There’s a host of characters, plots and subplots to wrangle, let alone considering the transformation of literary poeticism into symbolic animation. For what it’s worth, Ando and Miyaji steer the ship relatively well. Understandably, the film was initially supposed to get an earlier release, but the pandemic put a stopper on production. Nevertheless, it now graces the theatrical screen as sublime and subliminal.

The Deer King is about a country split in two—on opposite ends, the Aquafese and Volian people live in harmony only because of Volian imperialism. The story begins with our imprisoned hero Van, the leader of a group of legendary Aquafese fighters named the Lone Antlers. They rode on deer named pyuika, faster and more agile than regular horses. All of a sudden, an attack from mysterious ossam wolves, known to spread the Black Wolf Fever, leads to his freedom. However, where bitten Volians die from the disease, Aquafese people seem to be immune. Van, on the other hand, is not just immune, but gains powers from his vicious bite. He leaves the prison with a young girl named Yuna in tow.

What follows is hard to enumerate, but it can perhaps be summarised (poorly) as a spiritual journey for Van as well as other side characters who cross his path. There is a priest-doctor named Hohsalle, and the experienced yet elusive tracker Sae. Van has his worldview transformed by the guileless Yuna as he contends with his supposed destiny as a Wolf King; Hohsalle has to break free from his prison of rigid scientific imagination; while Sae finds herself realigning her loyalties and sympathies.

The film easily switches between points of view, from reality to dream-state and even from action to philosophical meditations. What does The Deer King want us to know? It presents an inkling of Cartesian Dualism—the idea that the human body and the human mind are two distinct, separate entities—while, at the same time, suggesting a Universal whole under Mother Nature, one that binds nature to all creatures. There’s no direct answer of course, and you’re left to ponder your connection not just to the film but to the world once the credits roll. 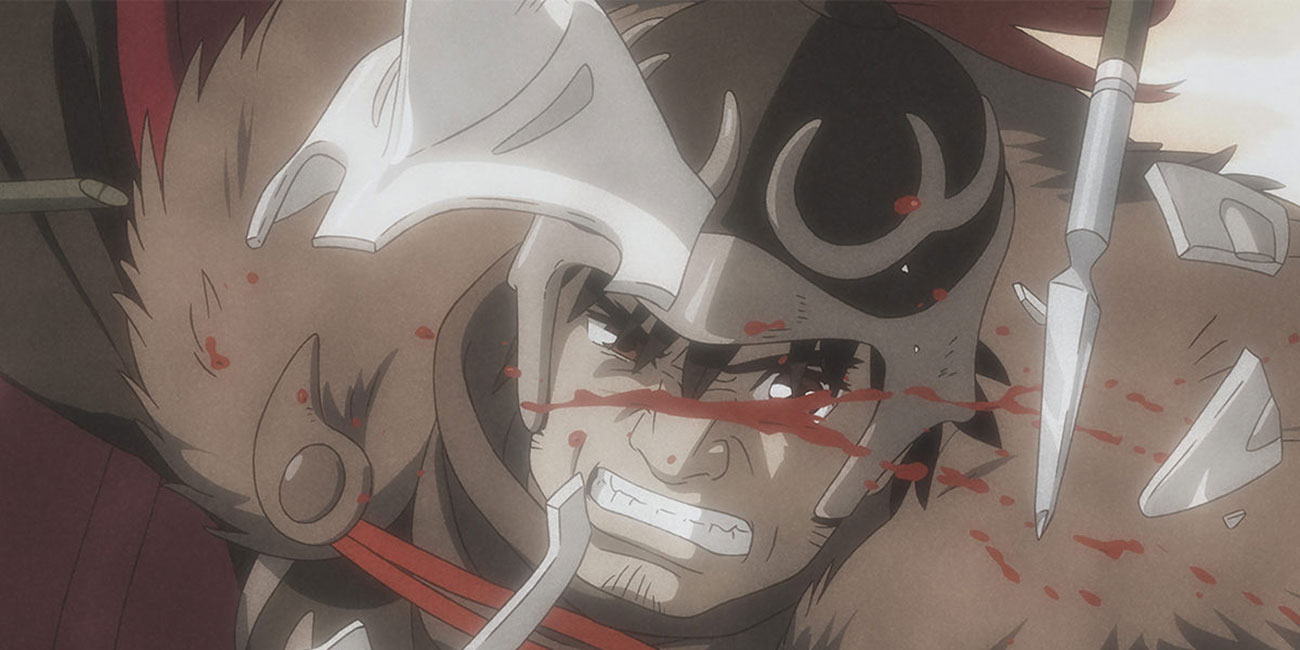 It’s kind of refreshing that way, to be left with question marks. All the characters within the story don’t find the answers they need by studying books or stomping through war-torn country; it’s what they experienced and felt as their stories intertwined, and as they muddied their way through nature’s playground to seek the things they’ve lost or are desperately seeking to find.

A mysterious disease, imperialism, grief and loss of tradition, these and more take root throughout the narrative. At one point, Hohsalle says, “Resisting destiny is how we survive, isn’t it?” In our current pandemic-ridden age still filled with imperialism, colonialism and racism—to only touch the tip of the iceberg—The Deer King is apt. But it’s not because of so-called ‘timeliness’; these are things that have existed as long as humankind. Instead, The Deer King celebrates resistance over resilience; it isn’t about the will to survive but the strength it takes to fight against what is presumably predestined, such as a supposedly incurable wolf bite or from a miserable life under rule.

Of course, that’s a lot to digest, isn’t it? Thankfully, we can start simple. For me, I choose to start by saying that this is not a Ghibli-esque work. It’s a unique 2D anime film that’s moving and deep, even as it struggles in the mire of cinematic condensation of a plot. That’s okay, I accept that nothing’s perfect. The Deer King isn’t, but it’s moving and leaves you thinking. It’s beautiful with each stroke and knows the vital points to hit. Maybe it missed some marks and has you glancing askance at several plotholes along the way, but you can enjoy it and see its brilliance in the finer details. It’s something a little different, after all. It actively resists easy classification and the haphazard duty of a packaged plot as best as it can.

Resistance doesn’t automatically mean success, but it’s a moss-covered stepping stone—slippery as it is, it’s just part of how the world goes.