Minor spoiler warning: While this review does not spoil any major plot elements of the film Hime-Anole, it does prominently discuss a stylistic choice which may be considered a ‘spoiler”.

Hime-Anole is the very definition of the idiom ‘the whole is greater than the sum of its parts’. At first glance, it is a slice-of-life romantic-comedy which is so typical it begins (perhaps purposely) to border on parody. But in a tonal shift which would make Audition envious, the film defies any expectations it sets previously by transforming into a violent thriller. When taken separately, neither ‘section’ is particularly exceptional, but director Keisuke Yoshida’s juxtaposition of violence, love, humour, and sex has the potential to raise great questions.

But what sort of story could lend itself to such a drastic metamorphosis? In the case of Hime-Anole, it begins with a humble janitor, Susumu Okada (Gaku Hamada), and his co-worker, Yuji Ando (Tsuyoshi Muro). When discussing their personal lives, the eccentric Yuji proudly announces he spends all his time obsessing over his crush, a cafe waitress named Yuka Abe (Aimi Satsukawa). The only thing is, Yuka is unaware of Yuji’s existence. Further complicating matters is the arrival of Shoichi Morita (Go Morita of boy-band V6 fame), a former classmate of Susumu who is caught stalking Yuka. As the relationships between Yuka, Susumu and Yuji become complicated, Shoichi’s pursuit turns increasingly violent. 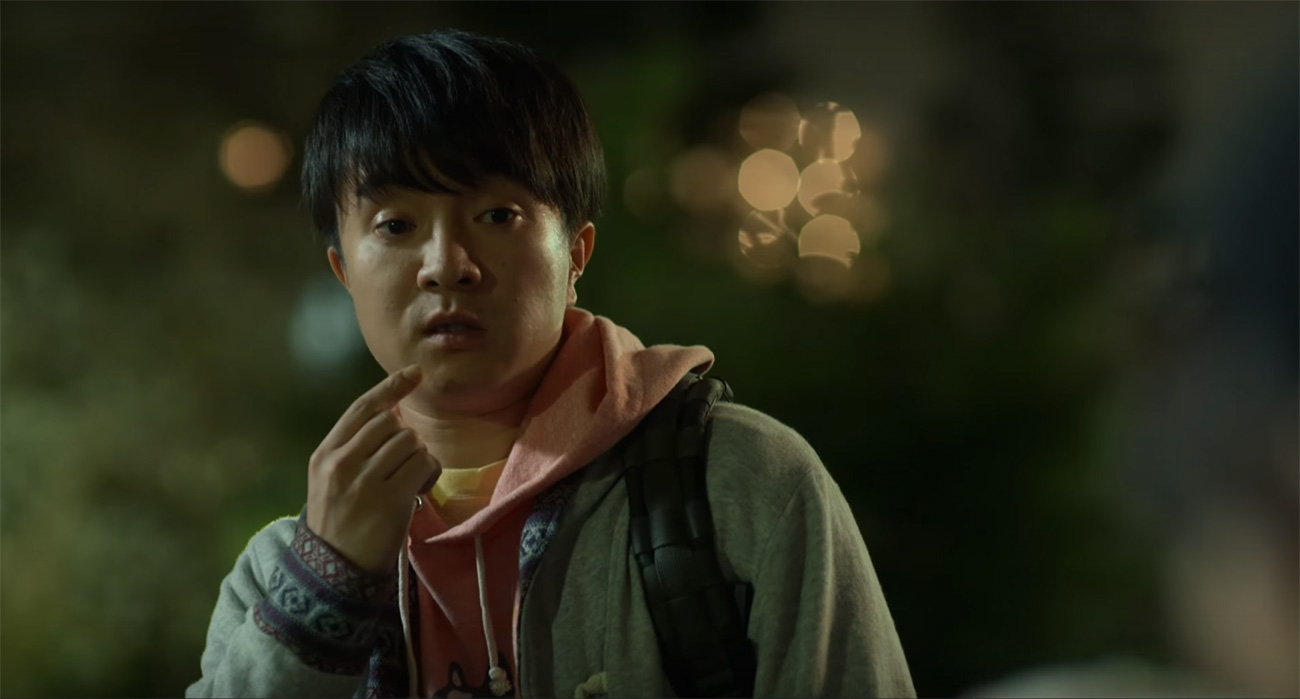 The characterisation and acting of the core cast (sans Satsukawa as Yuka) gives little indication of Hime-Anole’s eventual disintegration of generic boundaries. The film’s protagonist Susumu, perhaps the titular ‘Himeanole’ (a term supposedly meaning ‘weak person’), is an everyman whose only flaw is being a little nervous. Susumu is eager to please everyone, obediently doing as he is told and preferring to smother any individual opinions rather than cause conflict. Hamada’s small voice, near constantly worried facial expression, and great physical comedy creates an endearing, highly-likable hero.

Blunt yet over-confident, the eccentric Yuji takes the hints of awkwardness in Susumu’s character and extends it into the stratosphere. Monotone, fast-talking, and almost always straight-faced and avoiding eye-contact, the uncomfortable atmosphere which tinges all his social interactions is at times almost embarrassing. Yet Muro brings enough humanity and humour to the role that it is difficult not to at least pity the socially-inept Yuji. More surprising — and perhaps an appropriate metaphor for Hime-Anole as a whole — is Yuka. Introduced as timid, doe eyed, and so shy she can barely utter her crush’s name, the reveal of her romantic past is all the more unexpected and amusing. Satsukawa is not given a particularly demanding role, like the remaining characters, but her chemistry with Hamada and complementary comedic acting is nonetheless notable. 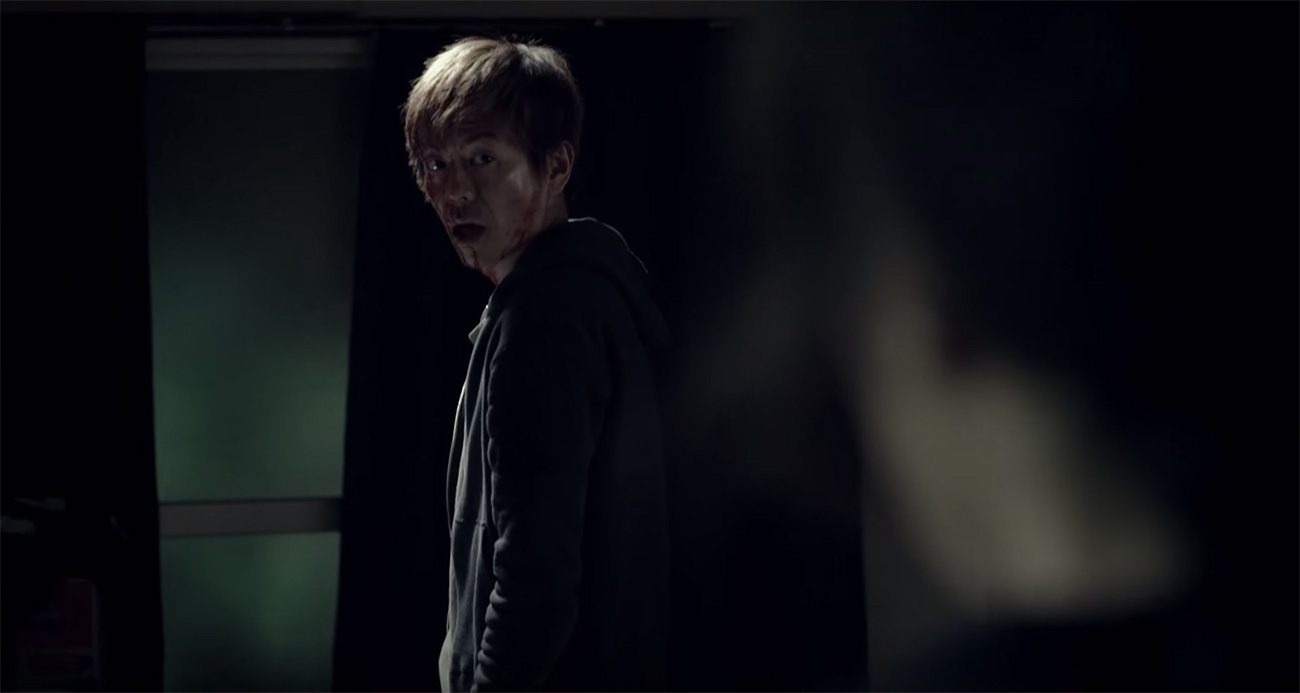 With the film’s cast (mostly) playing it safe and a largely absent soundtrack, it is up the to visuals to challenge expectations by conveying the film’s dramatically shifting tone. Yoshida and cinematographer Takayuki Shida show a thorough knowledge of both genres they emulate. The idyllic stability of the slice-of-life segments is reflected in its steady, static shots (which, while somewhat bland and repetitive, contain some interesting framing), pastel colours, and soft lighting. Meanwhile, the contrasting slasher moments take on the visual elements we’ve come to expect from East Asian thrillers — namely hand-held shots with ominous angles and a colour palette almost made almost exclusively of dark red, yellow, and shades of grey.

However, unlike the violence – which becomes so explicit and repetitious that it begins to tire rather than shock — there is an additional subtlety to Yoshida’s cinematography and genre-mixing that is perhaps easy to overlook. As the film continues past its thriller-turn, the genres of the two storylines are not as stylistically separate as once thought. Minor visual gags are incorporated into some of the film’s more tense scenes, suggesting that the playful humour of the first half is not completely lost. Additionally, evidence of Shoichi’s darkness stylistically bleeding through to Susumu’s narrative comes with the addition of minor shaking to almost every shot. Thankfully, it is not enough to be distracting, instead increasing the underlying fear audiences feel for Susumu and Yuka as their stories begin to intertwine with Shoichi’s.

While the blending of polar-opposite genres is hardly a new phenomenon (Hime-Anole is itself an adaptation of a manga), one has to wonder why Yoshida chose to juxtapose these genres in the manner he did. It obviously goes beyond pure shock value, as suggested by one sequence which alternates between murder and sex using some superb match shots. With an early discussion claiming everyone is dissatisfied with life, does it represent how people pursue satisfaction? Or is it a comment on how ‘weak people’ (‘himeanole’ is also applicable to the villain) with similar beginnings can end up in radically different circumstances? Or, for the more cynical, is it merely another exercise designed to flaunt Yoshida’s stylish ambitions? Whatever your interpretation, it is clear Hime-Anole achieves its most obvious goal: to flip between the humorous and violent, the disturbing and the sweet, and yet, somehow, still work.