Time and time again artists have done what they can to reason with or make sense of catastrophe and to also give audiences that same pause. In the five years since the 2011 earthquake that rocked Japan, just about every major Japanese filmmaker has used their artistry to respond to that particular disaster in one way or another. Sion Sono’s The Land of Hope and Himizu are directly related to the event, Hirokazu Koreeda made a short film in response to the Fukushima nuclear disaster and Shunji Iwai took a break from narrative features to make a documentary about it as well. It is only fitting then that the King of the Monsters’ true return to cinema screens in 2016 also ushers in a timely critique of disaster and crisis management in a post-Fukushima world.

After all, Ishiro Honda’s 1954 classic Gojira was itself a reflection on Japan’s relationship with nuclear weaponry and Shin Godzilla, the new reboot of the Japanese Godzilla franchise, evidently owes much to Honda’s original. The lumbering creature itself is once again a devastating force of nature, levelling Tokyo in its wake and the film’s drama hinges on the men and women responding to the monster’s destruction. But importantly, Shin Godzilla is at once intelligent and demanding and its allusions to Japan’s recent calamity are hardly subtle. It is perhaps no wonder then why Hideaki Anno, creator of revered anime series Neon Genesis Evangelion, would be considered the perfect candidate to bring the metaphorical monster for a new audience with fresh context. Commentary aside, much of the film feels like it could be the closest thing fans will ever get to a live-action Evangelion film. Though the official credits do state that this new film is co-directed by Anno and Shinji Higuchi (who last helmed the Attack on Titan live-action films), make no mistake about it — this film is absolutely and wholly Anno’s. 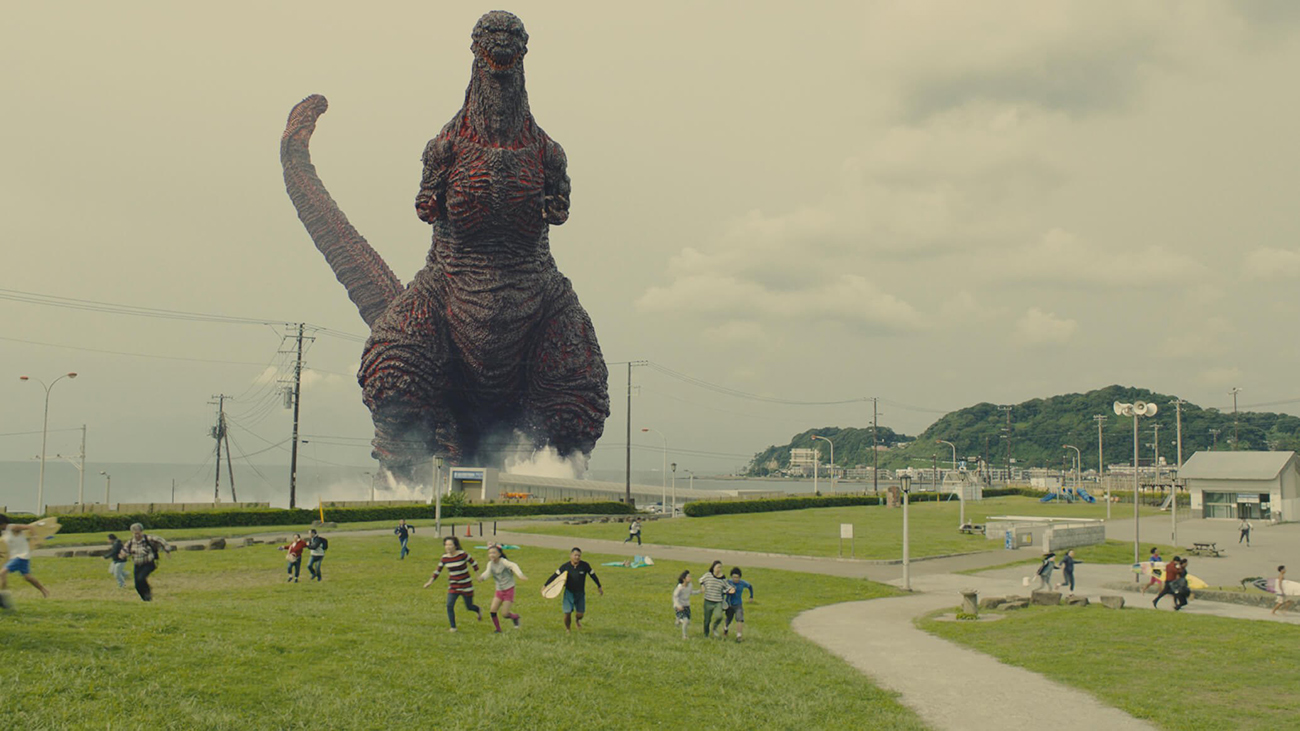 Anno’s stylistic use of rapid editing and on-screen text is unrelenting throughout Shin Godzilla, as he creates a sense of urgency around the beast’s terror and simultaneously chastises government bureaucracy. Early on, we move from one boardroom meeting to the next, each time in a bigger and larger room with more officials. What is happening? Do we know what this is? What do we do? Questions are asked but decisions aren’t being made. Titles announcing who each bureaucrat is and their role appear in almost every frame. At times, characters are told they need to talk to this particular person in order to get approval for a certain outcome. Sometimes, this is played out for wry comedic effect but most of the time it is intentionally frustrating. As one character laments, there is simply too much red tape around this.

By the time officials figure out what they are faced with, it is already too late; lives are lost and unrest has swept the nation. Godzilla has retreated but the fear of the beast returning is still palpable. Televised announcements reassuring the general public do little to quell fears and online chatter sparks further panic with vitriol aimed chiefly towards the government’s lack of response during the initial wave of terror. These events, seemingly lifted straight out of the real-world moments that inspired the film’s narrative, make Shin Godzilla such a stern and intensely political film. Though its later third might confuse and lose viewers when things get a little too scientific to comprehend, its first two acts are genuinely fascinating to watch unfold, and help the film stand as a strong indictment on bureaucracy in the face of disaster. 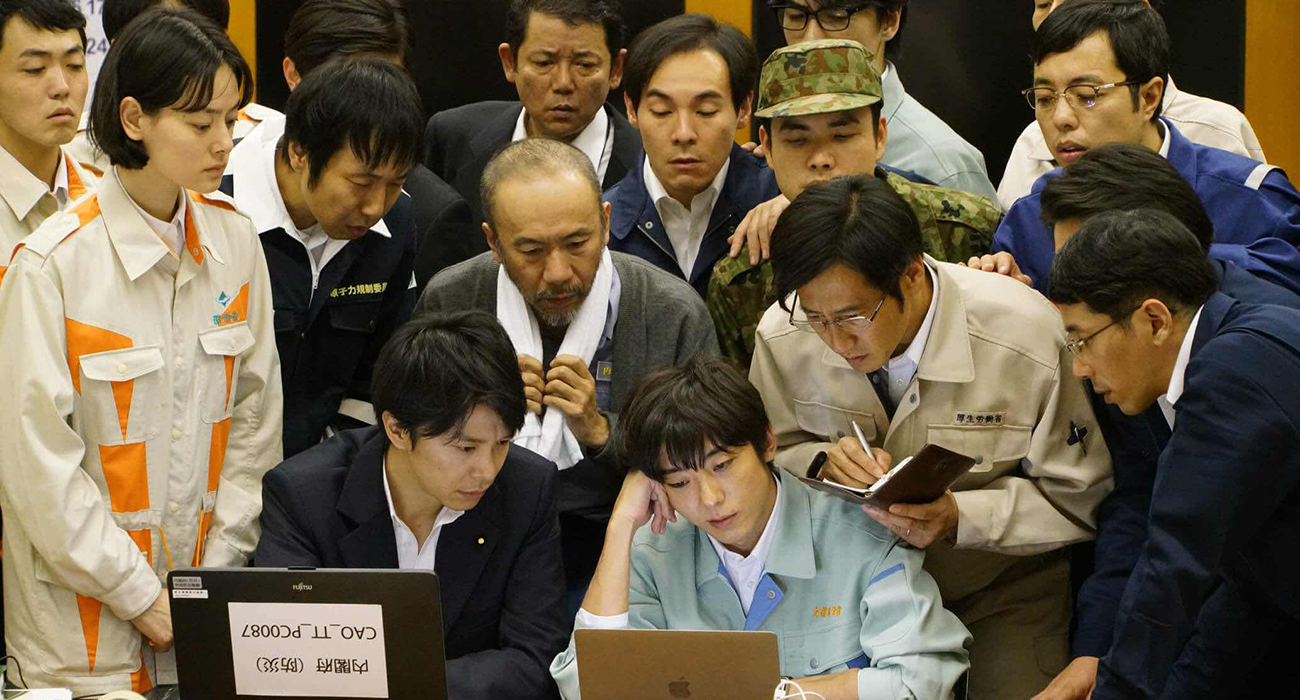 As for the god incarnate, Godzilla’s presence is terrifying and rightly so. Godzilla causes tsunamis, levels an entire city and leaves nuclear waste and radiation everywhere it goes — all things experienced during the 2011 earthquakes. One pivotal scene worth singling out is the reveal of the beast’s iconic nuclear breath. Anno orchestrates this scene to maximum effect with help from longtime collaborator, composer Shiro Sagisu, and it is absolutely jaw-dropping and haunting — one of the most stirring moments in blockbuster cinema this year, for sure.

Just like this year’s South Korean disaster film Tunnel, Shin Godzilla also asks viewers to consider how we should respond to crisis and tragedy in the future. It can be a tough question to ponder (especially when a city is being ravaged by a giant reptilian monster!) but at the very least, when lives are at risk, Anno suggests that we can surely take off the shackles of hierarchy and order to instead come together as a community and work things through. And indeed that’s what happens when the true heroes of Shin Godzilla, the first responders and those with the know-how to effectively combat the giant, band together and rule out rank and designations. The weight of responsibility that government owes to its people and their safety therefore makes Shin Godzilla an effective piece of social commentary; one that perhaps outdoes the original it honours.