South Korean cinema in recent years has been rich in producing films for the neo-noir genre with varying levels of success, and Confession, the debut film feature film by writer/director Lee Do-yun, sits comfortably as one of the more successful offerings.

The opening scene of the film starts with a key event from our three main characters’ childhood; an incident that establishes the characters’ personalities and the dynamics of their friendship. It is clear that Hyun-tae is meant to be our way into the story and the rock in the trio. In-chul is the cocky and callous one, making fun of Min-soo at every opportunity, who does little to retaliate. The trio climb a mountain to commemorate graduating middle school, but things go awry and they are left trapped in a cabin up in the snowy mountains. In-chul decides to try and get help in the bitter cold. After hours of nothing, Hyun-tae lifts the injured Min-soo and leaves the cabin, eventually collapsing and feeling exhausting almost near certain death. This is where In-chul miraculously returns with help, and then the movie opens. 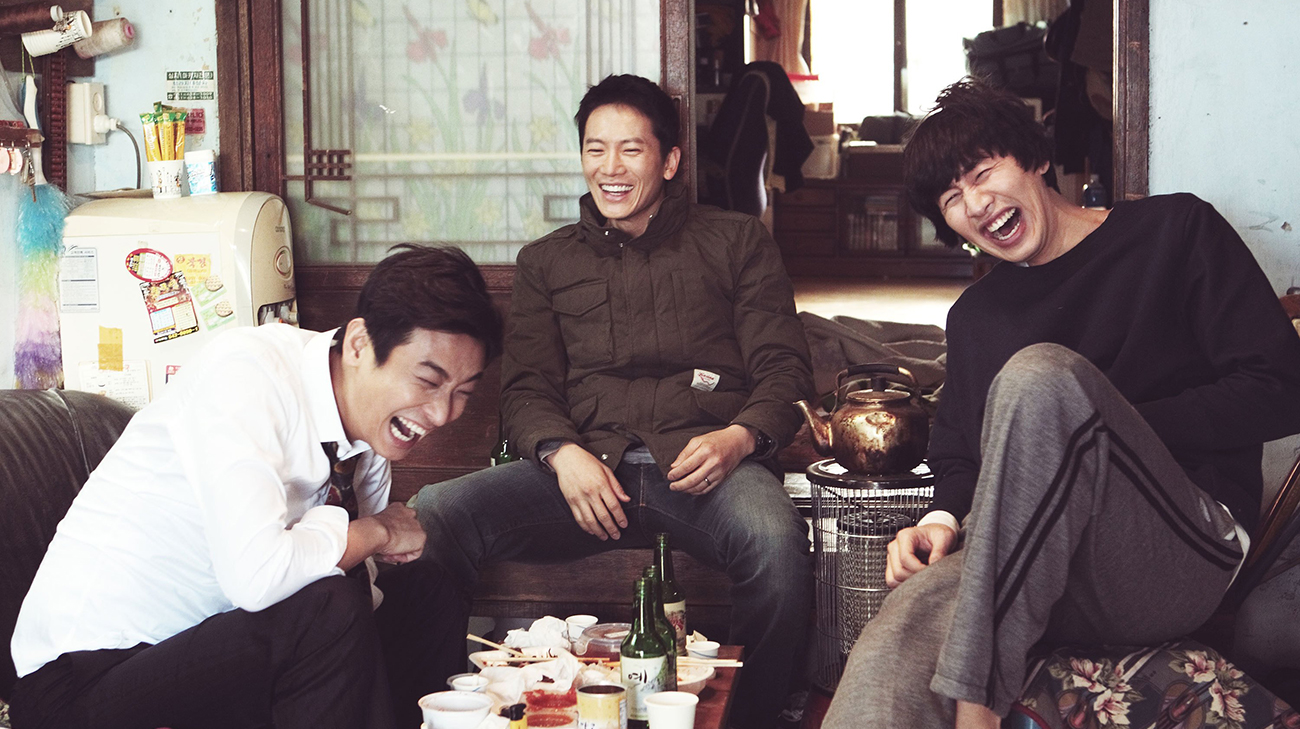 We are then re-introduced to our characters as adults. Little has changed between the three friends, even if they are all leading completely different lives. From what is established in the opening scene, it is no surprise that Hyun-tae (Ji Sung) is now an upstanding fireman who is a loving husband and father. In-chul (Joo Ji-hoon) is an unscrupulous insurance agent, and Min-soo (Lim Kwang-soo) runs a small business and continues to be pushed about by In-chul. Their wildly different personalities and life choices lead us to wonder how they’ve remained friends but the actors sell their characters well. You feel the genuine bond between the three men, especially connected through their love of Hyun-tae’s young daughter Yuri. They are a family unit. It must be noted that the casting for the film is therefore absolutely spot on, as it is essential to get the chemistry right between the three actors.

Hyun-tae has been estranged from his parents because of their shady business dealings, and only gets news from them through In-chul. In a twisted act of friendship and greed, In-chul agrees to help Hyun-tae’s mother stage a robbery so that she can claim insurance and retire, reconciling with Hyun-tae. From there, he ropes Min-soo in, who can never say no to him, which is when the plot goes noir. 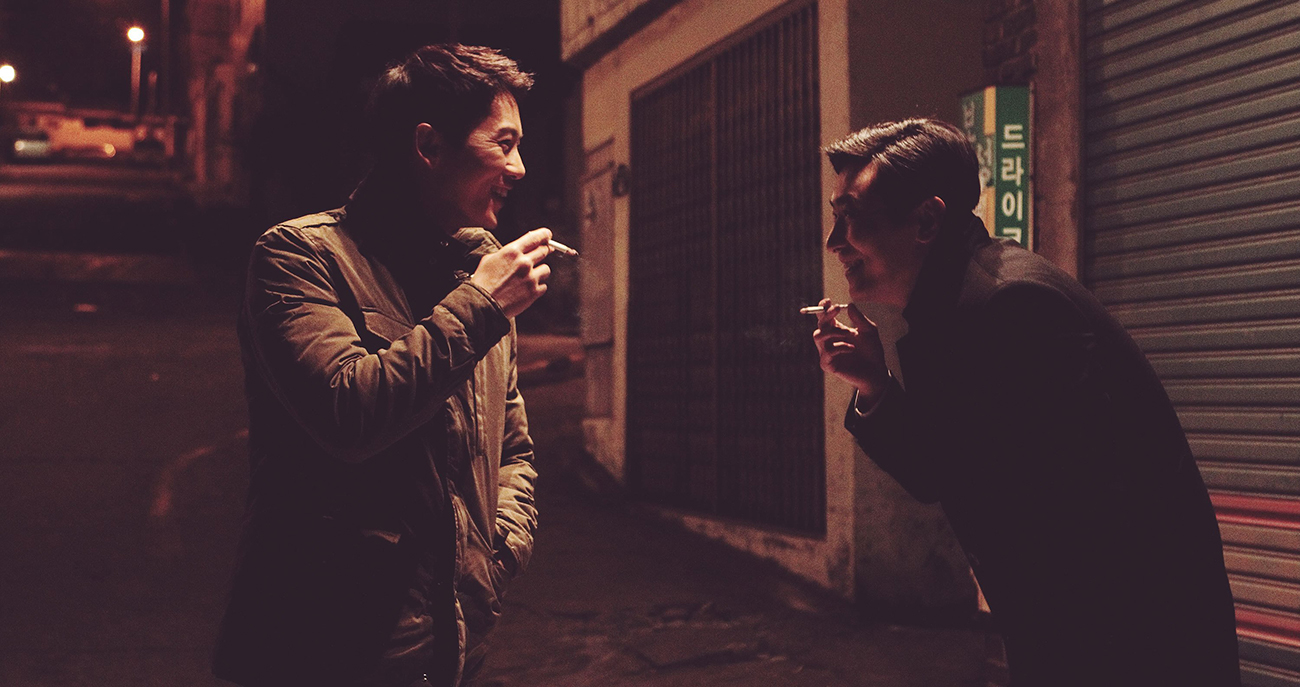 Now, if you’ve seen many noir films, and especially South Korea’s output of neo-noir films in recent years, it shouldn’t be too hard to guess at all the steps the plot will take you. That’s one of the main weaknesses with Confession. A lot of it feels familiar; like something you’ve seen before in another film. Every twist comes off as an inevitability instead of a shock, which takes away some of the impact. In a way, it is possible to argue that the inevitability lends the film a sort of theatrical tragic air, and the actors’ performances anchor that theatrical quality down. That isn’t to say that their performances are over the top –  the emotional outbursts feel suitably measured, the tautness in the tension between the characters shows a combination of the restraint from both director and actors.

There is a confidence to the technical mastery of the film that makes it hard to believe that this is director Lee’s debut feature. The compositions he creates in both landscape shots as well as closed spaces with just the characters is breathtaking. The city that the characters inhabit feels restless, alive and ready to swallow them whole. One of the standout sequences happens early in the film, where In-chul arrives and enters the underground gambling den Hyun-tae’s mother owns. The lighting and camerawork in that scene, and the way it follows him in and cues the audience to know this is where the plot becomes noir, is wonderful work by cinematographer Yu Eok. 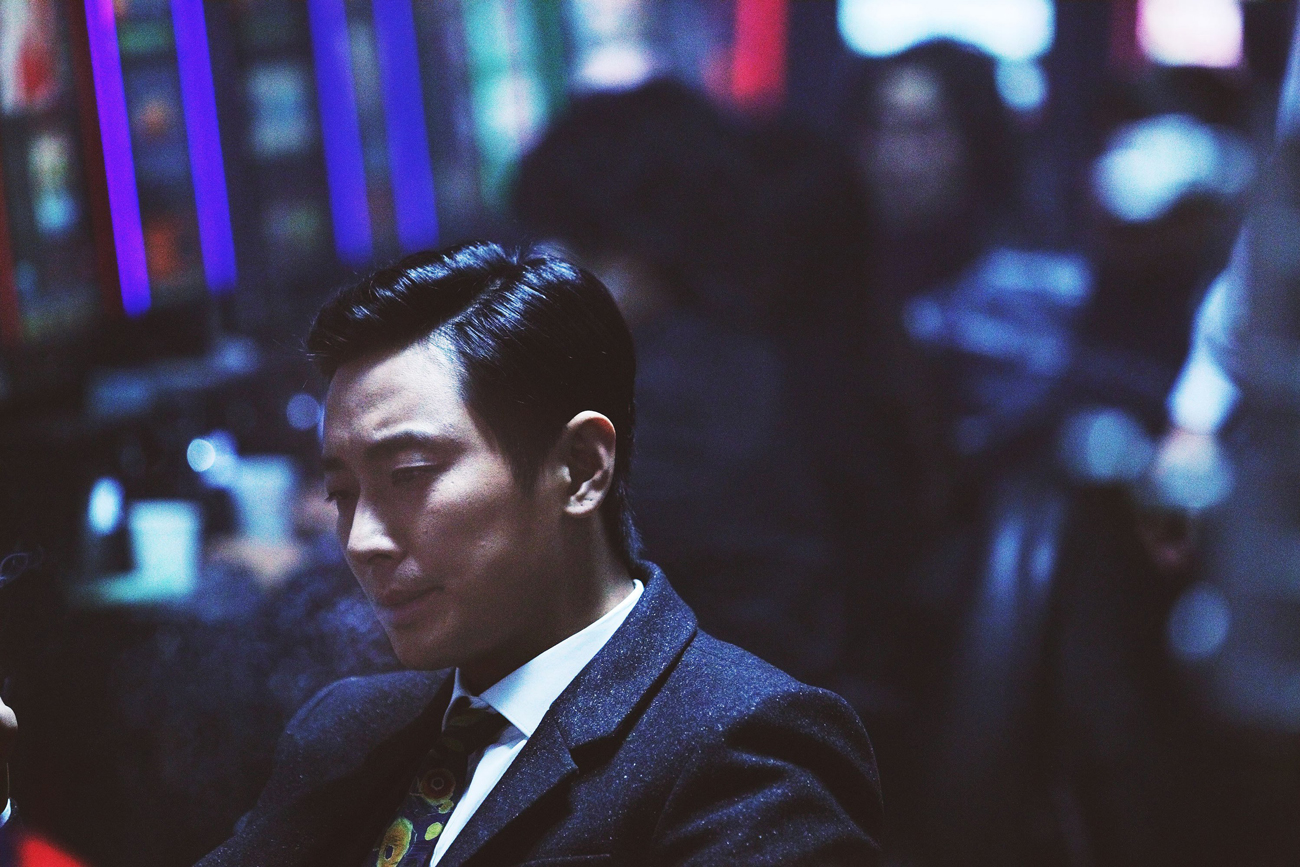 But it is clear director Lee isn’t willing to settle on just visuals. While the plot may lack originality, he knows that what makes an audience care about a story is its characters. Even In-chul, the darkest character in the trio, is not a two-dimensional asshole. He genuinely cares about his friends even if it’s hard to see that he does. Joo Ji-hoon has several standout scenes where you see that the real twist lies within the nuances of In-chul’s character, which allows you to second guess all the intentions that you thought may have motivated his actions.

The last act of the film also poses something of an issue where it does drag out to become overly long, and lapses into a flashback scene that should be at least two minutes shorter to really allow for full impact to what it implies. But that flashback scene, which takes us back to the opening scene of the film, is definitely haunting and lends yet another dimension to the friendship of this trio. It is the relationship between these three characters, the real humanist quality that director Lee has carefully tended to, that allows Confession to stand out as just being merely one of the many films in South Korea’s neo-noirs.

Confession will be screening at the Singapore International Film Festival on December 6.