Does the North Korean dream exist? This is the pervading question that looms over Vitaly Mansky’s eye-opening documentary Under the Sun, a new film that provides unparalleled access into the DRPK’s propaganda machine and paints a worrying portrait of its people who are beholden to what the country demands from them.

Shot under complete supervision by North Korean authorities — who inspected each scene, chose specific locations to shoot at and provided their own script for Mansky and his team to work from — the film is both an engrossing anthropological study of North Korean life (or rather how that life should ideally look like in the eyes of its government) and an intriguing look at how easily reality can be manipulated and constructed. 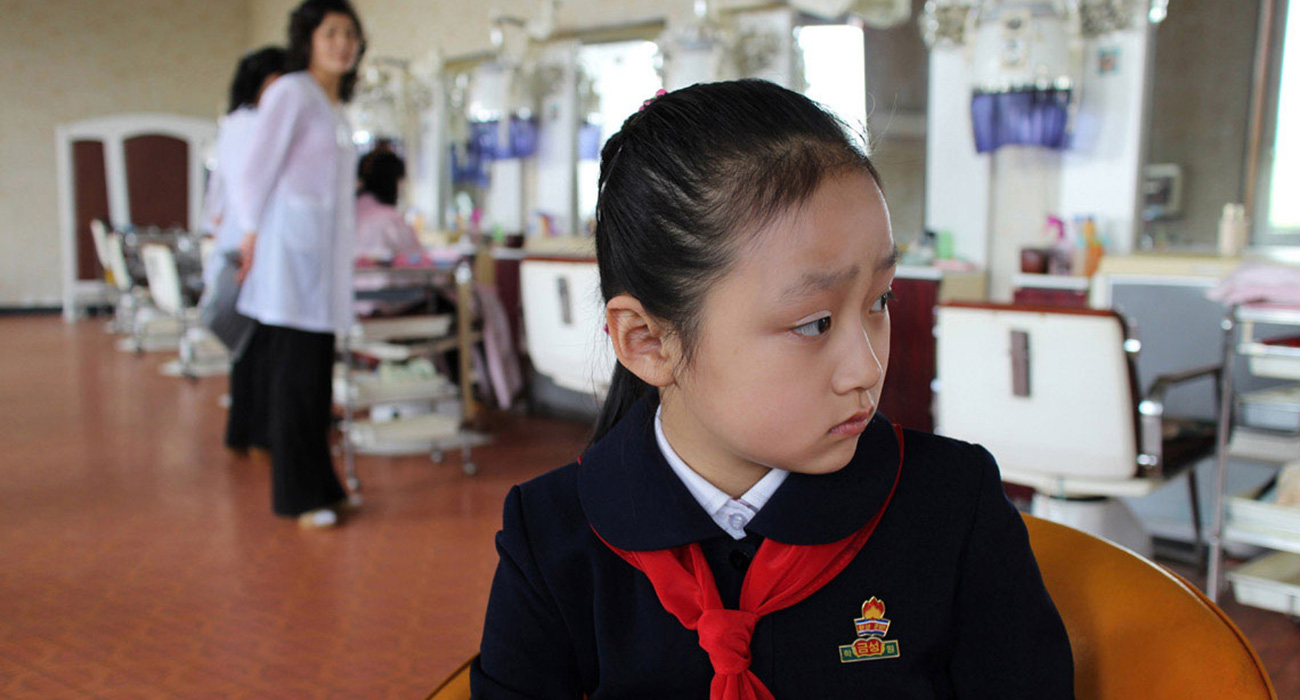 Told primarily through the eyes of Zin-mi, a young girl simply growing up in the country, Under the Sun is dictated by its stark contrasts: Zin-mi’s family home, a place that should feel personable, warm and lived-in, is void of any characteristics that mark it as such; the lifeless grey streets, skies and architecture of the cities clash with the bright colours of the people dancing and celebrating their beloved leader; and the cheerful singing of children in a concert contrast with the forlorn expressions that come across the adult faces in the audience.

These contrasts not only suggest that the lives of the country’s citizens are pitifully morose, they also help to tell a story of constructed reality. While it has been well-noted that North Korea is a country that mightn’t be all that it appears to be, it is nevertheless quite eye-opening just to see Mansky’s North Korean handlers direct reality and life by ironically telling Zin-mi and others around her (which include her classmates and family) to act naturally and not as though they were in a movie. 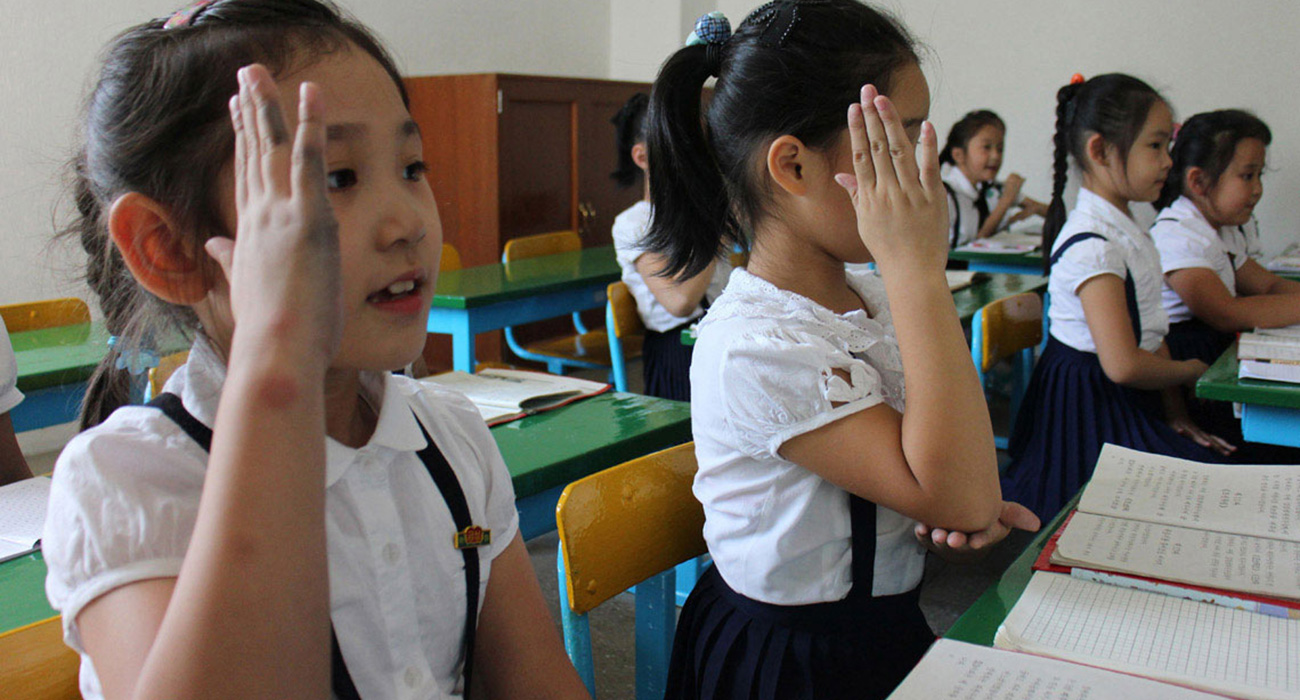 Beyond simply directing everyday life, authorities also made sure to change the occupations of Zin-mi’s parents in an attempt to showcase the ideals for successful men and women in service of the DRPK. Zin-mi’s father, originally a journalist, has his occupation changed to that of an engineer at a factory (or ‘workshop’ as the authorities were quick to note) while Zin-mi’s mother, who normally works in a cafeteria, has her occupation changed so that authorities could show off the quality of milk production in the country. For the most part, it’s all insightful viewing just witnessing how one cog in the North Korean propaganda machine operates.

Yet in talking about constructed reality, it’s also hard not to think about how Mansky has constructed reality himself. After all, documentary filmmaking is just that and it is hard to say just how much of the film’s subjects we’re really seeing in Under the Sun. While you can certainly argue that a lot of what we see on screen is because of the restrictions imposed on Mansky and his team, that isn’t to say that we, as an audience, can entirely trust Mansky’s vision either (especially when he uses presumptuous language in on-screen text) and Mansky perhaps knows this. We see Zin-mi and her classmates learn about the North Korean side of history yet we cannot assume that this is all they’re learning in school (especially when the country wants some of its citizens to strive towards being engineers!). 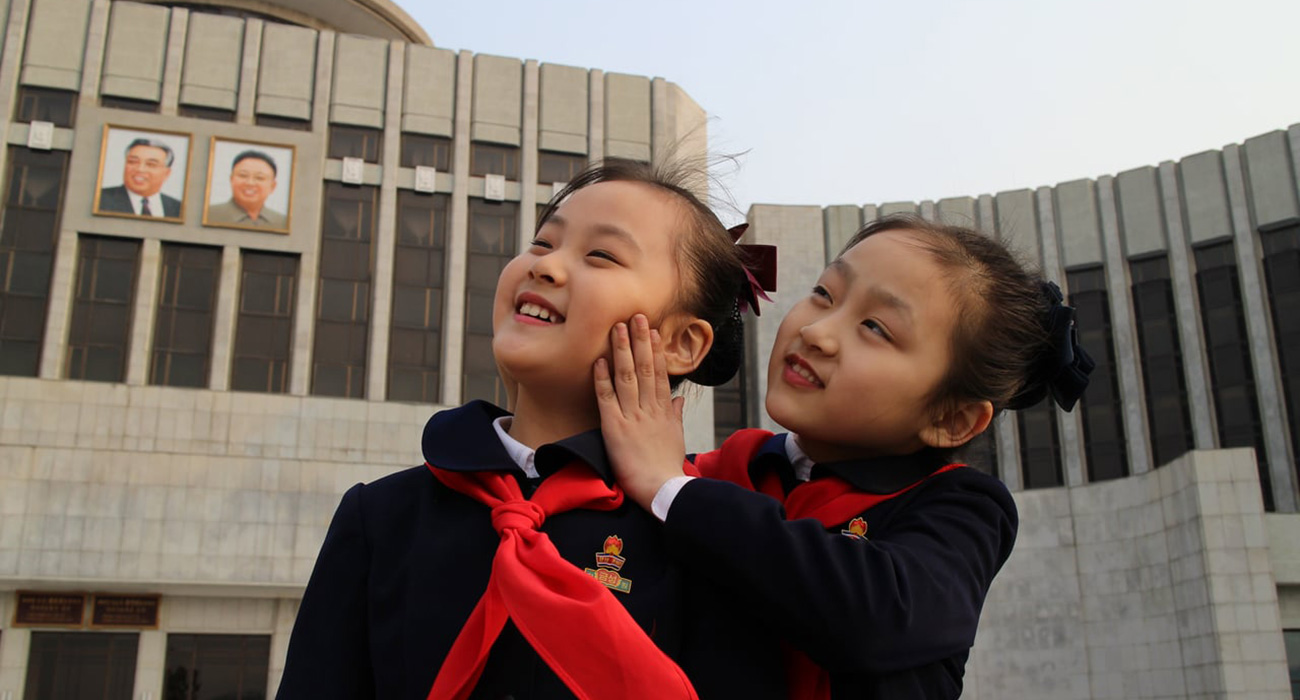 All we have are the images in front of us that Mansky has curated over a year of filming in the country to judge. And based on what he has managed to film, the story he really wants to tell is that of malaise amongst North Koreans as a result of what North Korea wants from its people. This uneasy malaise is heartbreakingly rendered in the final moments of Under the Sun which suggest a sense of lost childhoods for the children of the DRPK. It’s also the only time in the film that we hear Mansky giving direction himself which is a hint that Mansky understands the irony of his own film.

The image that North Korea wants to project to the world is that it is an infallible nation. To its own people, the DRPK wants them to believe that their country is at the centre of the world and that by being loyal and striving towards the ideals established by its government, they too can lead a rich life. Mansky’s documentary reveals the opposite: North Korea is a flawed nation and the only ones that suffer as a result of the country’s own distortion of reality are its people. The North Korean dream consequently feels like a far-flung concept for its citizens and by positioning Under the Sun from the perspective of a child — whose bright, untapped potential and entire life is ahead of her  — we see just how much it can hurt to simply exist in that country.