For decades, the world has witnessed the boom of China’s economy and the country’s rapid development but have you ever stopped and wondered what the process of modernisation for the country actually looks like? Is it really as perfect as Chinese media and authorities have claimed? The Road, a new documentary from director Zanbo Zhang, is a shockingly powerful feature that exposes the truth, the reality and the bureaucratic corruption in China.

Over three years in the making, director Zhang documents the exploitation that revolves around the construction of a giant highway system through the Hunan province. The highway system is said to be a project that will stimulate the country’s economy and honour the local people of Hunan. However, as the audience follows Zhang’s lens in the film, they soon catch a glimpse of the dirty entanglements rooted deep within country’s corrupt party.

To fully illustrate the abuses surrounding the $586 billion worth of infrastructure, Zhang follows Mr Meng, the vice president of the private construction company responsible for the highway system’s construction, and portrays how he deals with different problems related to the project. Meng deems the highway system a “golden apple” — the kind of apple that everyone, from Party members to local authorities, wants to take a bite out of. Zhang then breaks the film off into different segments that focus on the locals, the laborers and the singers — each representing different parties of people involved in the project. 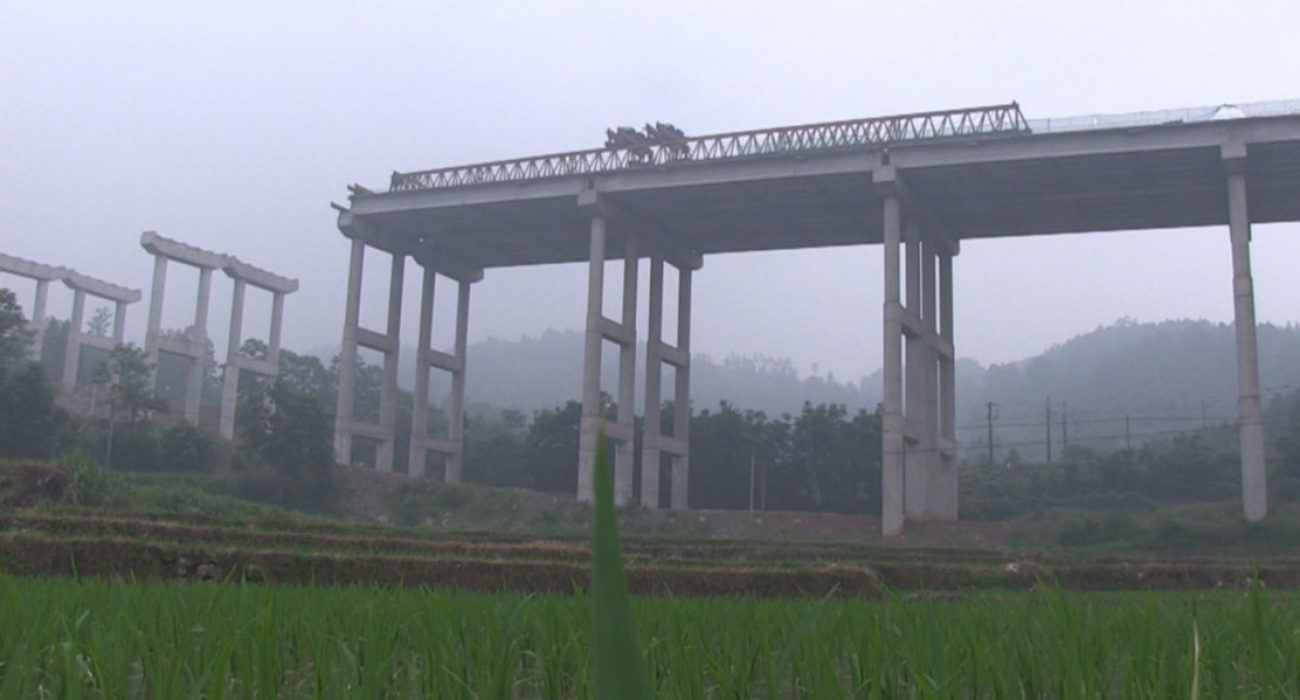 The suffering becomes more unbearable the further you see the project’s dirty entanglements reflected screen. In The Road, Zhang edits his footage cleverly, for example overlapping footage of a local elderly woman’s crying face to a speech about the ideology of Marxism and modernisation of China.

After fading off, Zhang then highlights the corruption involved within the project by cutting to footage of Meng giving “red envelope” cash gifts to party officials. The construction company also has to bribe off different people just to avoid commotion from authorities. Meng remarks in the documentary that, “Building a highway is like fighting a war”, and that you need money to win the dirty war. The message Zhang conveys to his audience is clear as day here, which made me realise that ignorance is only blissful when we pretend not to know it’s there. 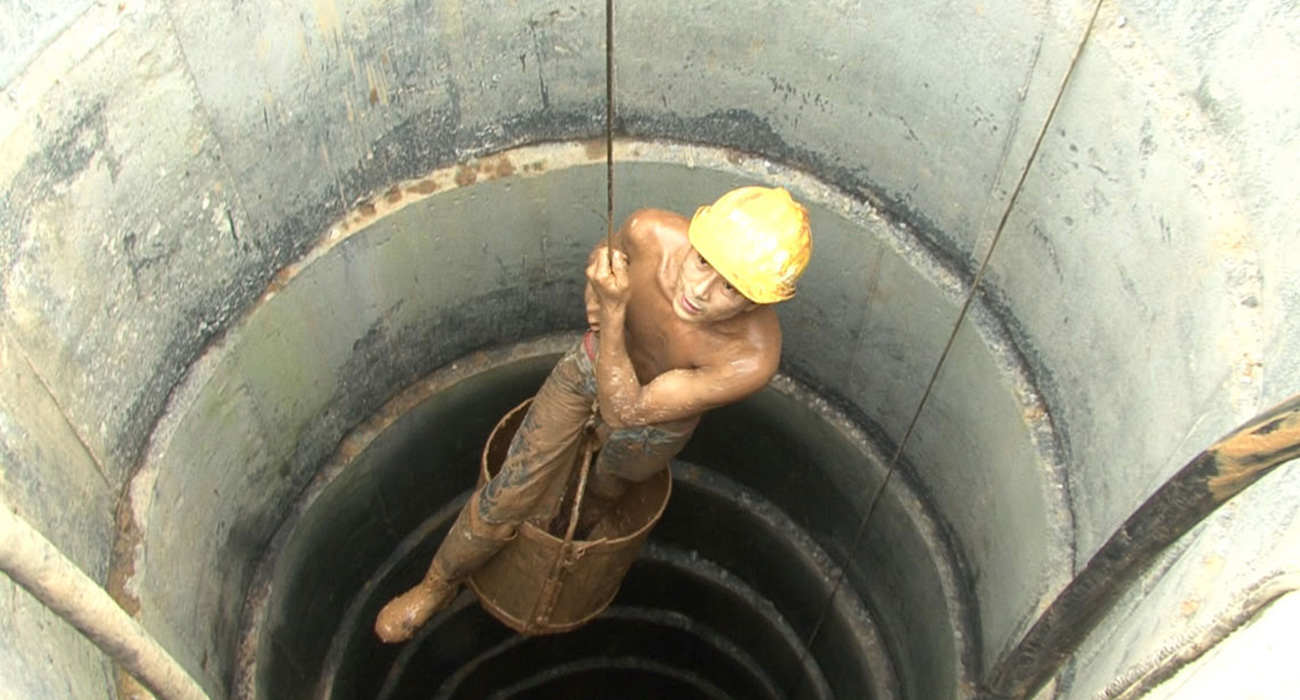 Once the second segment focusing on the labourers comes around, we see them demolishing temples, destroying local tombstones digging up graves — paints here as antagonists to the documentary. The footage here is unsightly and the irony of the project purportedly standing as a testament to the Hunan people while construction workers go about desecrating local property is not lost on the audience or on director Zhang.

Yet given the duties of the workers, Zhang also draws these individuals in a sympathetic light, especially after seeing their hazardous working environment. In using recordings of ambient sounds such as explosions, the rusting of a cement mixer and sound of the storm, Zhang effectively puts the audience in the shoes of the labourers and their dangerous work environment. This, coupled with the knowledge that these workers have also not been paid or medically reimbursed all paint a sympathetic portrait of these exploited workers. 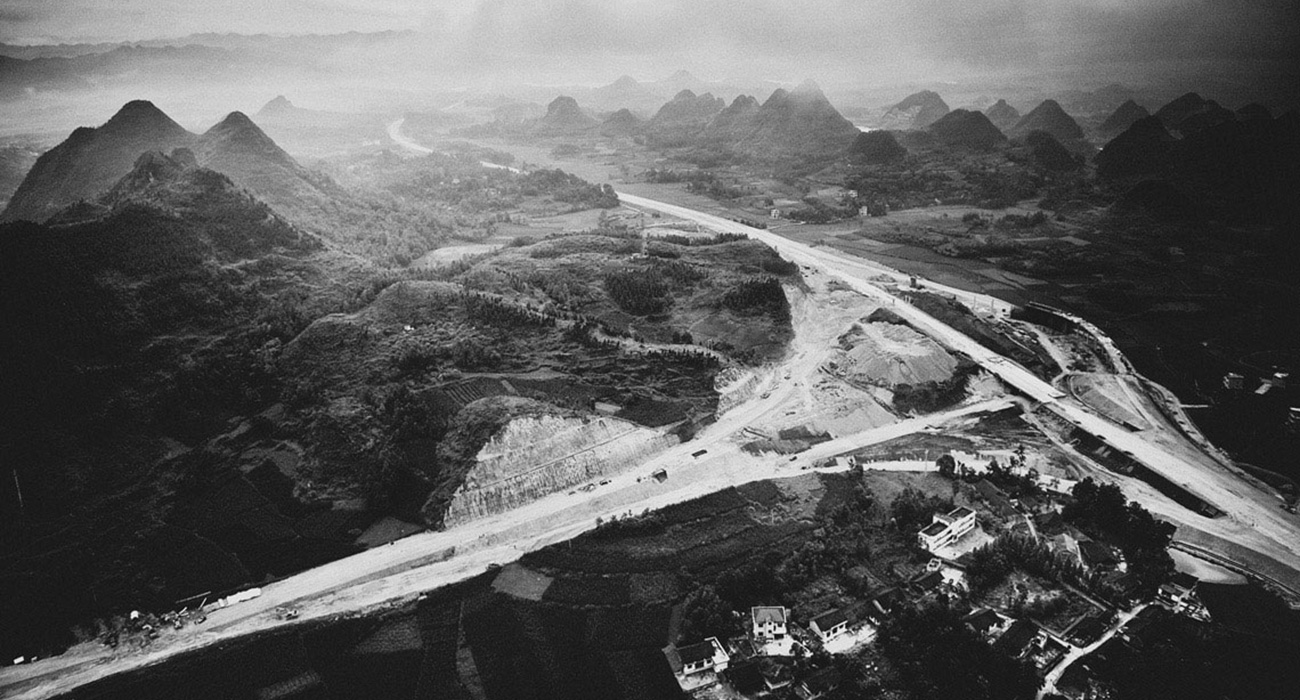 The Road reaches its climax when the local road authority comes into play and their officers are seen trying to extort money from the construction company. When the company refuses to pay, conflict escalates leading to the hiring of local gangster by the road authorities to help “settle the payment”. As a result, some of the company’s workers become hospitalised after being attacked these gangsters. Others meanwhile become traumatised altogether after seeing their colleagues stabbed. Yet again, we see violence and corruption coincide with another with another truth revealed — the biggest gangster in the room is the government.

Frankly, The Road is a disturbing documentary. It is disturbing because of its material, effect and characters are all real. It is amazing how a 90-minute documentary can be so powerful and how it can reveal just what exactly is happening within Chinese society. And Zhang did it all  through simply filming the construction of one project. In fact, the corruption and the violence has become so common in this society that Zhang doesn’t even need sensationalise the problem to convey his message — the problem is already a reality.