Marking his filmmaking debut at just 23-years-old, Okuyama Hiroshi shows promise with Jesus, a zany drama which tackles questions of faith through the eyes of a child. The story follows young Yura (Sato Yura), who relocates with his parents (Kibiki Yuko and Akiyama Kenichi) from Tokyo to Nakanojo, and co-inhabiting with his recently widowed grandmother (Tadano Akko). With barely any time to settle in, Yura is sent to his new school – one that is staunchly Christian. Every morning there is a worship service in their chapel, where students can be seen barrelling down the hallways just to get there. Yura, on the other hand, appears uninterested, not even owning his own holy bible and hymn book unlike his fellow students. Adding this to his reserved nature, he doesn’t seem to particularly have an easy time making friends.

To Yura’s surprise, something unusual occurs during morning worship one day. With his hands clasped together in prayer (but eyes curiously kept open), a miniscule Jesus the size of an adult finger appears before him. Played by comedian Chad Mullane, no one else can see this silent micro-Jesus, essentially taking on the role of an imaginary friend materialised by his subconscious. It’s implied that this is how Yura is able to conceive of the mythical Jesus that everyone talks about, which might explain why this iteration acts just like a child does: running atop a spinning vinyl and saddled on a rubber duck in the bath.

Unable to tell the difference between prayer and wishes, Yura sees praying to Jesus as a way to have his wishes fulfilled. He first tests the waters by asking for money – which he does later receive – before following up with the wish of making a friend, which he finds in classmate Kazuma (Okuma Riki). 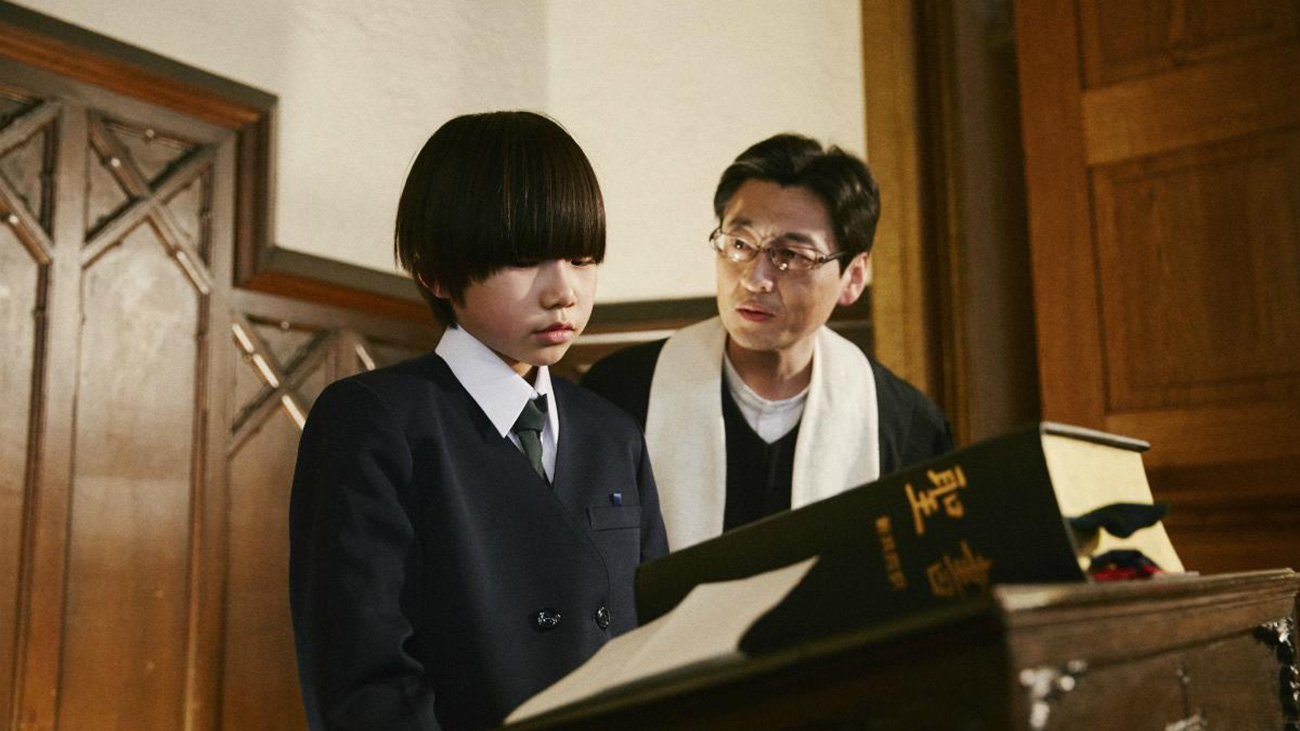 Okuyama spends plenty of time letting us enjoy their friendship through whirling handheld shots as they play with youthful abandon, but it comes to a quick end when Kazuma is knocked down by a car in an accident. From then on, Yura’s mini-Jesus disappears and his prayers and wishes fall on deaf ears.

Jesus’s original Japanese title in fact reads as I Hate Jesus, but there seems to be little hatred in the film. Instead, there is more a sense of disappointment. After all, what other response could you expect from a child with  a genie-like figure who abandons them in their time of need?

The idea of tackling burgeoning religious understanding within a child is something that isn’t easy to do, especially as direct references to Christian practice remain on the fringes of Japanese media (only about 1.5% of the national population practice the religion). As such, everything in this film is mired in feelings of isolation – from the practice of Christianity to the small-town, snowy mountainous setting and even Yura’s sparse relationship with his own family members. Okuyama further adds to this atmosphere by shooting in a 1:1 ratio, while maintaining cool blue hues in every highly-cinematic shot.

In a way, it feels as if Yura doesn’t have much of a choice over his life, and Okuyama takes us on a journey through a boy’s first attempt at rationalising this through a method of thinking foisted upon him. The harsh reality of life, one which doesn’t always bend to our will, finally proves to Yura that to leave things in the hands of someone else, even if he is a god, can be useless. When Yura’s prayers aren’t enough, he literally squashes Jesus under his hands when he finally deigns to reappear. For the first time, Yura exerts his own individual will through this rejection. Now, he’ll have to find something else to try and understand why things happen as they do. 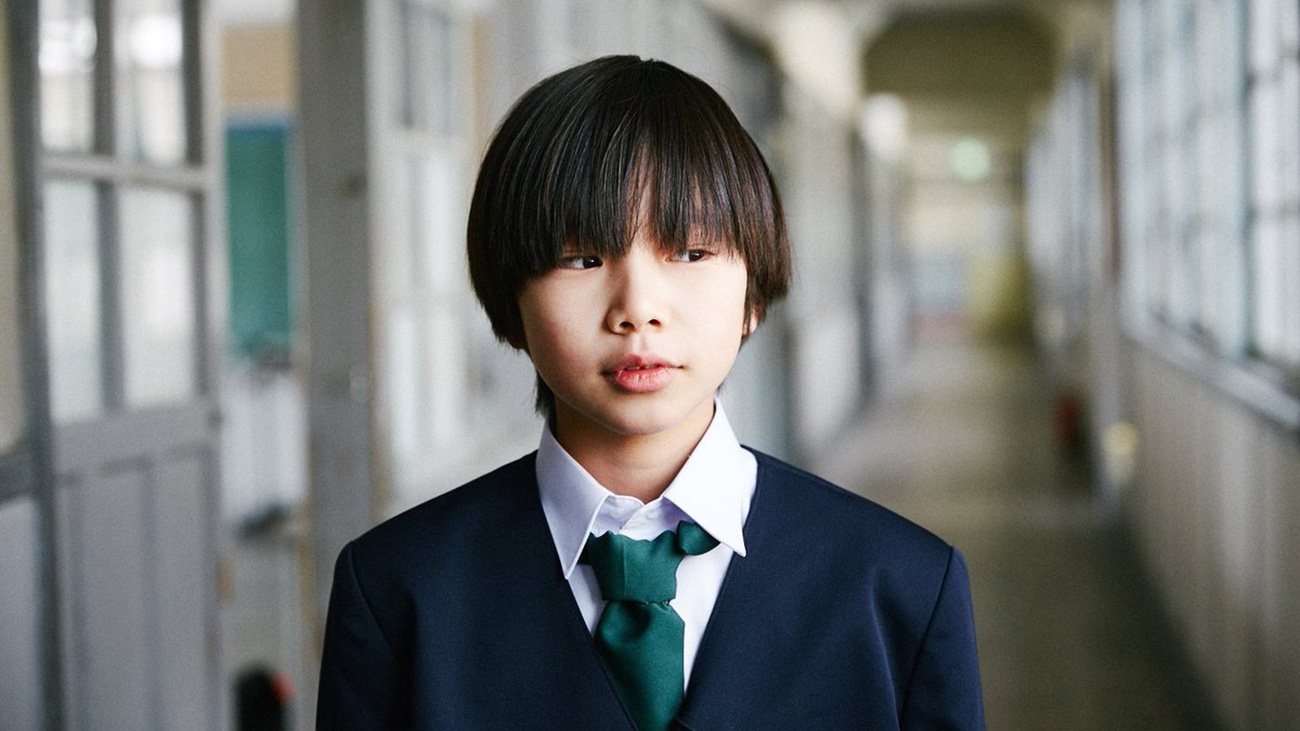 Despite this heavy symbolism, the film is full of ambiguity and questions that remain unanswered, just as it must be for our protagonist. Life doesn’t offer easy answers, and Okuyama surely agrees. At the beginning, we catch a fleeting glimpse of Yura’s grandfather (Nihei Koichi), perhaps in his last days, poking a hole in the shoji (paper screen window); even his wife can’t fathom why he did it. The film ends in the same way, with Yura making his mark on a newly-replaced screen, also without obvious reasoning. This contrast of young Yura and his elderly grandfather suggests the search for meaning and purpose is a lifelong journey, one that you will follow you to your grave, and that if Jesus does exist, all he does is watch from afar – everything else is up to us to find for ourselves.

As a debut feature, Jesus proves that Okuyama has a keen eye for working with the camera, accompanied by a strong vision communicated well to his young actors. The Hollywood Reporter wrote that Okuyama is apparently working in a Tokyo ad agency now, where “his sensibility may find more rewarding outlets in non-cinematic forms”. That’s a shame, though, as Jesus makes clear Okuyama clearly has a lot to say through cinema.