Warning: This review mentions suicide and depression in relation to the story and context of An Elephant Sitting Still. Support services are provided at the end of the review.

“There is an elephant in Manzhouli. It sits there all day long. Perhaps some people stab at it with forks, or it enjoys sitting there,” says Yu Cheng (Zhang Yu), the camera placid in movement yet uncomfortably personal. It’s quiet for an opening scene – and one which proves representative of Hu Bo’s debut (and sadly final) feature, An Elephant Sitting Still.

The titular elephant described in the opening can represent many things. Most obvious, it is the literal and metaphorical destination for An Elephant Sitting Still’s four main characters, who attempt to escape their small town and personal circumstances for the promise of a grand circus in Manzhouli. The first of these characters is the aforementioned Yu Cheng, who is cheating with his best friend’s partner. Upon discovering their infidelity his friend commits suicide, prompting Yu Cheng to consider leaving town.Soon after, we are introduced to high schooler Wei Bu (Peng Yuchang), who finds himself on-the-run after accidentally injuring a bully in an act of self-defense. At the same time, his classmate Huang Ling (Wang Yuwen) compensates her distant familial relationships with an illicit relationship with a teacher. Finally, there is Lao Jin (Liu Congxi), an elderly man being forced into a retirement home by his family. 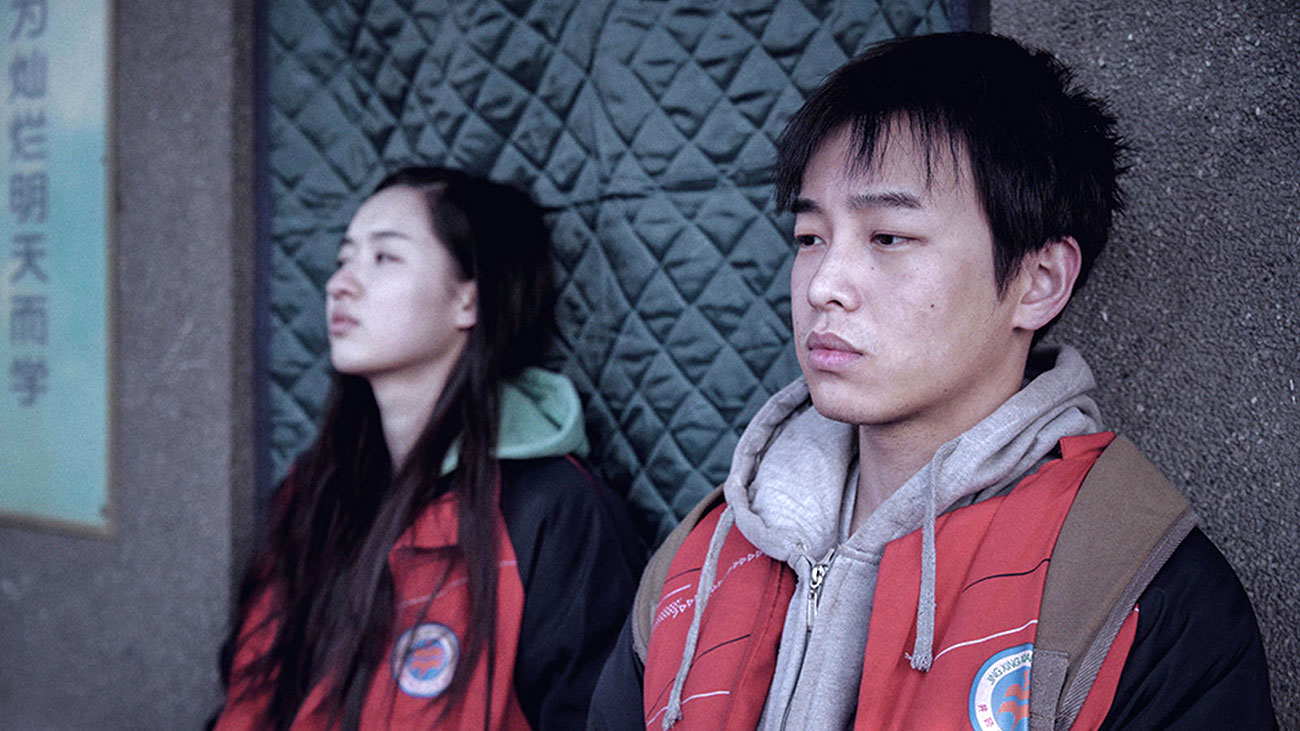 Throughout every storyline is the exploration of responsibility. As each character stumbles through their problems, a recurring question appears – who is really at fault? In everyone’s mind, the answer is a resounding ‘not me’. Yu Cheng acknowledges that his refusal to feel guilty over his friend’s death appears heartless, while Wei Bu feels wronged by a twist of fate (despite the fact he initially planned to beat his bully with a heavy stick). For Lao Jin and Huang Ling the case for self-responsibility is weak in comparison, yet the question of where responsibility lies still remains. In the case of Lao Jin, it is easy to place blame on the family forcing him out, but there is also a sense that the economic and social pressures of China have shaped his son’s reasoning.

Meanwhile, the question of who is the ‘victim’ in Huang Ling’s romantic relationship is contested between families. Huang Ling’s mother defends her vulnerable daughter from accusations she seduced her teacher, while the teacher’s wife is more worried about the tattered reputation of her husband than the impact on his young student. Much like life, there are seemingly no black-and-whites, just various degrees of subjective culpability.

Is this what Yu Cheng meant with his tale of the elephant? Possibly. After all, our protagonists seem to experience the painful prodding of outside forces (forks, in this metaphor), whilst also symbolically ‘sitting still’, denying their own ability to act and seeking a state of stasis away from the consequences of their actions. Those hoping for Hu’s restless protagonists to explain their decisions will be left largely unsatisfied, as each character flees in the face of any confronting questioning. It’s a bold approach, especially considering Hu is careful not to pass judgement on his characters. Instead, he merely observes their morally grey decisions with a passive, grounded cinematic style.

Another interpretation of the symbolic elephant sitting still (and one inferred by the film’s official Berlinale description) is isolation from the world. Given the characters’ complex interpersonal relationships and yearning for escape, this take was not immediately apparent to me, at least on a narrative level. But upon reflection, there is little denying that there is at least a sense, a feeling, of emotional isolation throughout. It is from the stunning visuals of cinematographer Fan Chao that this loneliness arises. The performances of secondary characters are frequently obscured, either by near-complete shadow or stark depth-of-field, with characters rarely simultaneously in focus. One particularly powerful use of the latter technique is when Wei Bu endures a lecture from his hot-headed father. Wei Bu, a bored and unmoving expression across his face, is sharply in focus and blocks a majority of the foreground. Meanwhile, what would be the point of interest in most other films – an impassioned and verbally abusive rant from his father – is left completely out-of-focus and minimised by Fan’s frame, possibly a comment on Wei Bu’s disconnection from his family and overall dissatisfaction with life. It’s a simple stylistic trick repeated throughout, but one which never feels overbearing or tired. 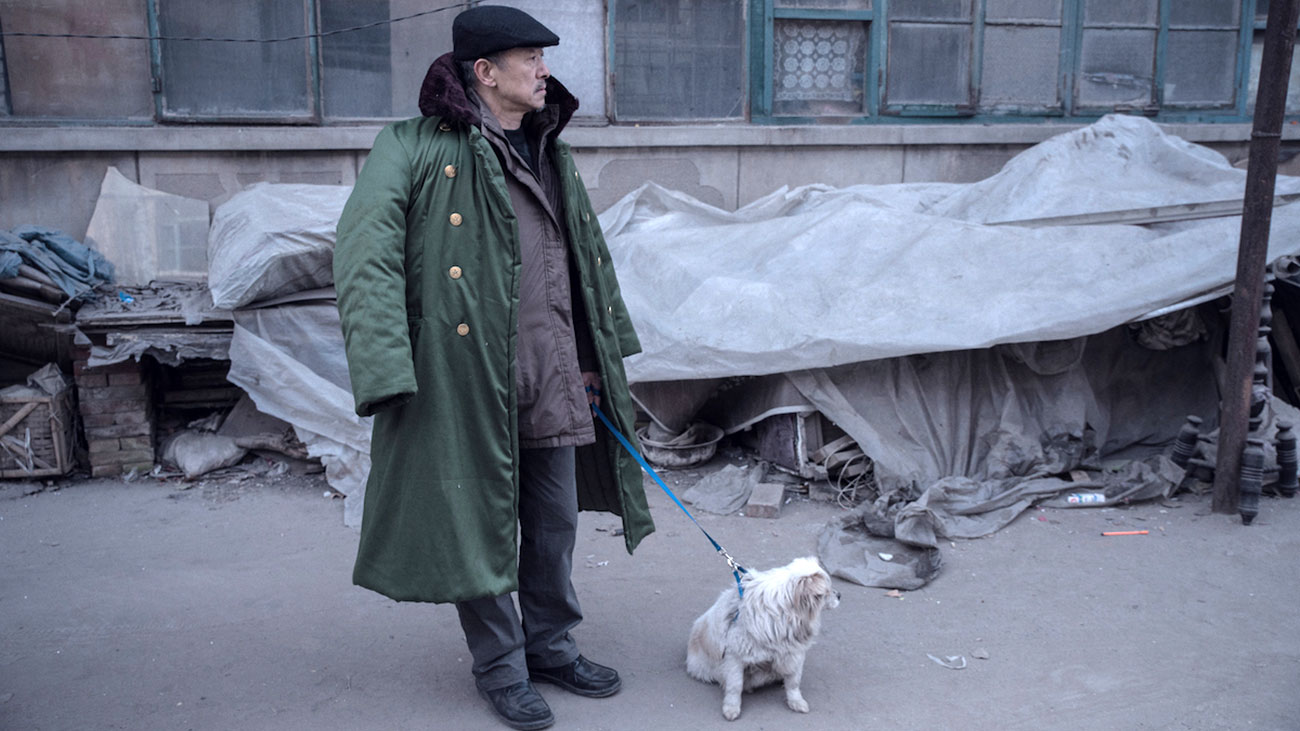 What does feel tiring, however, is the film’s four-hour length and plodding pace. This is only further protracted by Hu and Fan’s affinity for unbroken one-take shots which intimately follow characters as they make mundane trips through streets and stairways. In An Elephant Sitting Still, hard cuts are saved only for moving between stories or when its near ‘real time’ style is unpragmatic (for example, bus journeys). While it may be effective at enhancing the film’s already impressive sense of realism and melancholic tone, the combination of these elements and Hu’s understated story makes every minute even more apparent.

At times, watching the film becomes an endurance test of how long audiences can persist without a major plot revelation or exciting moment (some viewers at my screening bailed by hour three, although the reason why couldn’t be confirmed). By employing a more traditional approach to pacing by cutting down unnecessary scenes, An Elephant Sitting Still could easily be condensed to less than three hours and still maintain its pensive atmosphere.

Grey (in mood, colour palette, and moral assessments), intimidating in size and trudgingly slow – the elephant really is a fitting animal for Hu’s sole feature film. Yet, again much like its namesake, there is an understated elegance and beauty to it all. An Elephant Sitting Still is nonetheless a stunning debut, and the immense promise of a filmmaker gone too soon shines bright through his final dour tale of four troubled individuals.

Support is available for those who may be distressed by contacting one or more of the following: