For more on Okja, read our interview with director Bong Joon-ho.

From the opening scene, it is clear Okja is undoubtedly a Bong Joon Ho film. As one of South Korea’s most exciting and ambitious filmmakers, director Bong (The Host, Memories of Murder, Snowpiercer) brings his signature penchant for social commentary, off-beat humour and genre mixing to his Netflix debut. Okja is both a major step forward for the writer-director in terms of scale and risks (certain scenes make one wonder how the film would be marketed and received with a traditional release), but at the same time a minor regression in story and character writing. Despite this, for long time fans of director Bong, Okja is a satisfying addition to the director’s highly-regarded oeuvre and achieves a delicate balance of characteristics from the filmmaker’s Eastern and Western works.

Since she was four-years-old, Mija (An Seo Hyun) has lived in the mountains of South Korea with Okja, a ‘super pig’ given to the girl and her grandfather (Byun Hee Bong) by the Mirando Corporation. After ten years of living with her pet Okja, Mirando spokesperson and TV host Dr. Johnny Wilcox (Jake Gyllenhaal) forcibly takes Okja from Mija with the help of his associates and transports the super pig to New York. The reason? Mirando CEO Lucy Mirando (Tilda Swinton) plans to use Okja to produce a new brand of meat products, thus changing the image of her company. Unwilling to let go of her best friend, Mija travels to America to rescue the giant animal. During her journey, Mija cooperates with the Animal Liberation Front (Steven Yeun, Paul Dano, Lily Collins, Devon Bostick, and Daniel Henshall), an activist group that wants to not only free Okja, but expose the inhumane actions of the Mirando Corporation to all. 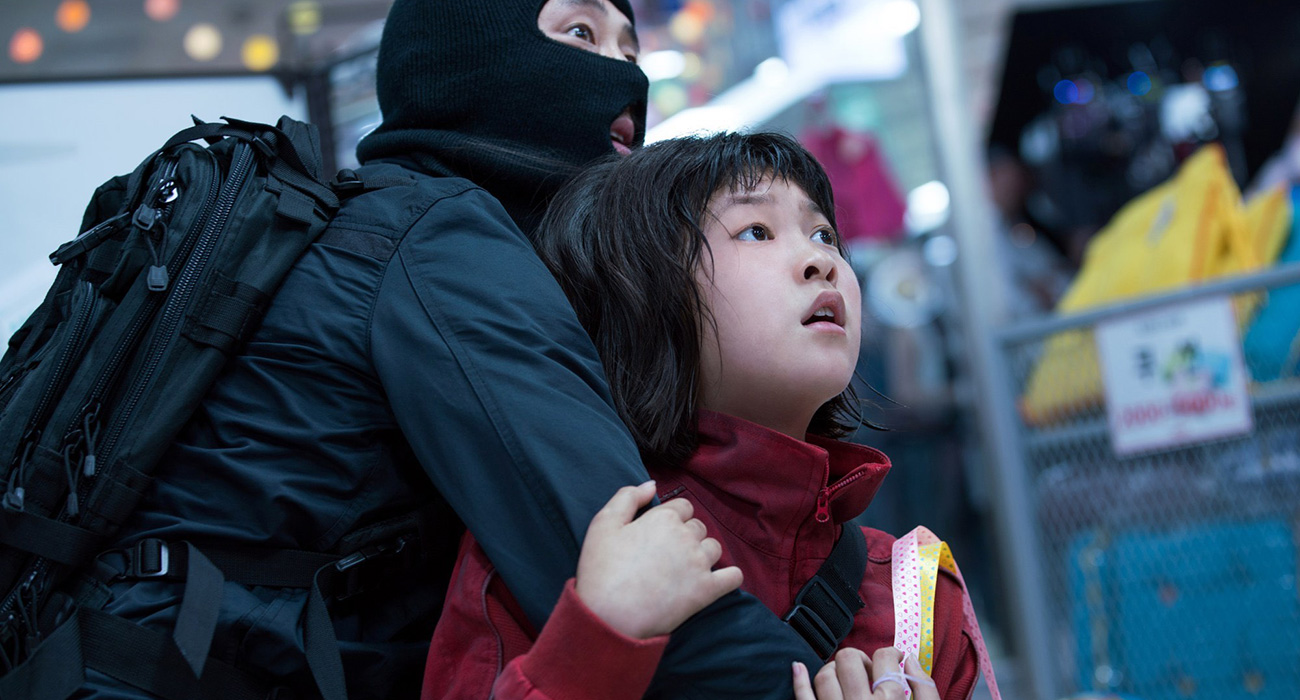 As may be gleaned from the story synopsis, writer-director Bong and co-writer Jon Ronson are far from restrained or subtle in their criticism of the genetic-engineering agricultural industry and the associated issues of capitalism and commercialisation. While director Bong and Ronson’s stance on these issues are clear throughout, they are careful in demonstrating the grey morality of all involved factions. Although criticised to a much lesser extent than conglomerates, activist culture is also critiqued, with the Animal Liberation Front ironically preaching nonviolence while threatening law enforcement with weapons. Director Bong’s continued ability to combine the features of blockbuster filmmaking with social commentary on a multitude of issues is encapsulated by a thrilling first act chase scene through a Seoul underground shopping centre — a sequence which is rivalled by a later, somewhat repetitious, set piece set in the symbol of U.S. capitalism: New York City.

However, unlike his previous commentary-heavy works, Okja’s massive scope in terms of both critique and narrative is to the detriment of character depth and overall story. While Steven Yeun’s K is given a surprising amount of development for a character that could easily have been relegated to the role of comedic relief, the remainder of the Animal Liberation Front feel severely underdeveloped despite their significant screen time. In the Mirando Corporation, conflicts of humanity, image-obsession and personal values give the characters of Lucy and Dr. Johnny some complexity. This makes their sudden second act exit in place for cliched, one-dimensional villains — whose embodiment of corporate greed is too obvious even for a director Bong film — all the more disappointing. 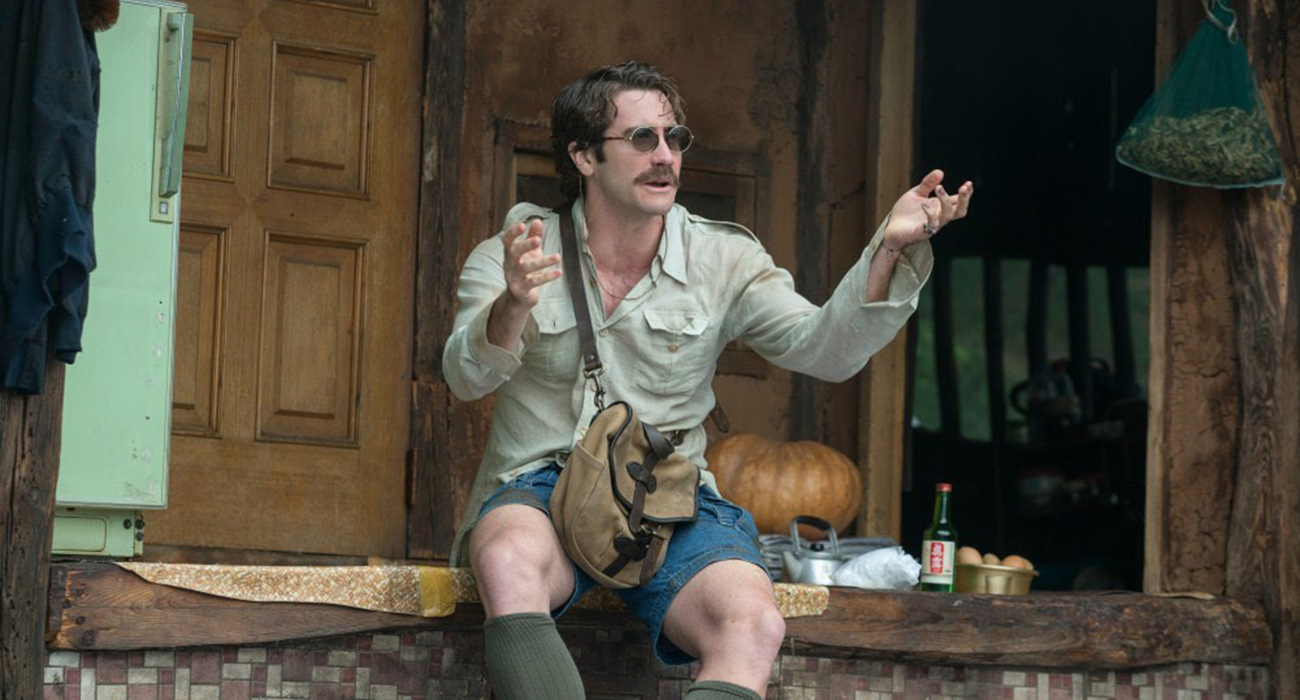 While the writing of the secondary characters suffers due to the film’s large cast, the same cannot be said of the film’s central figures, Okja and Mija. Okja is sure to leave some audiences in tears and shock thanks to the strength of the relationship between the two friends. In order for the story to have the emotional and ethical impact it strives for, the believability of the bond between Okja and Mija is paramount — and thankfully An’s standout performance as the strong-willed Mija is more than sufficient. Given the extremely difficult task of connecting with a creature which doesn’t exist (on-set Okja was represented by giant foam puppets), An’s more silent interactions with the super pig demonstrates an actress who can portray a range of complex, deeply personal emotions entirely through her facial expressions.

On the other end of the spectrum, Gyllenhaal runs wild with his outlandish and almost cartoonish character. Dr. Johnny represents another unique role for the actor, who clearly relishes chewing the scenery around him. Gyllenhaal’s overstated and almost campy performance as a Steve Irwin-esque personality, accompanied by a strained high-pitch voice which borders on grating, is at the very least memorable — which is more than what can be said for Giancarlo Esposito’s Mirando executive Frank. While some may find the eccentricity of a character like Dr. Johnny to be jarring, especially in a film which deals with such serious subject matter, I found it perfectly suited to the film’s comedic fantasy-adventure tone and a fitting continuation of the exaggerated form of parody director Bong began to utilise in Snowpiercer. 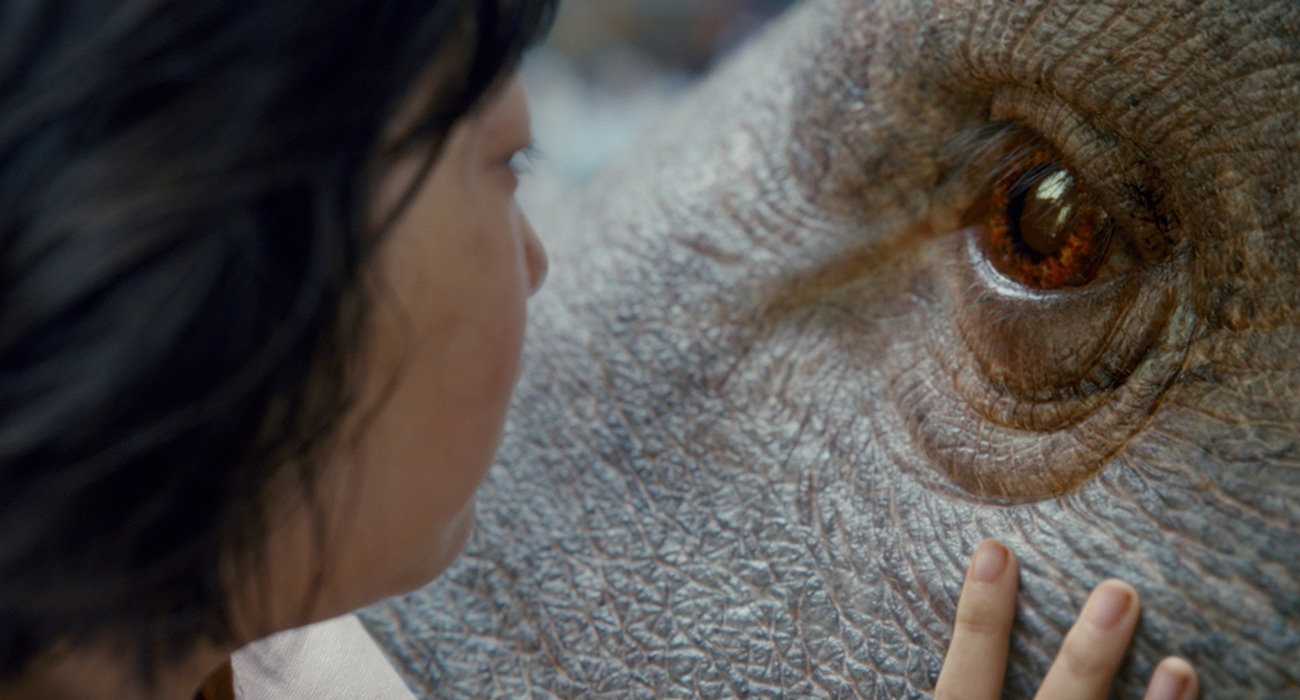 While the story and acting presents a slightly mixed bag, in terms of visuals there is no denying that cinematographer Darius Khondji (Se7en) delivers largely without fault. Despite being a first-time collaboration between Khondji and director Bong, the choice feels surprisingly natural. Hallmarks of director Bong’s previous works — such as frantic chase scenes — are elevated to a grander scale appropriate to the ambitions of the film through Khondji’s cinematography. This is demonstrated best by an overhead tracking shot as Mija runs after a kidnapped Okja in the aforementioned Seoul chase sequence. Captured on Alexa 65 cameras with 70mm Panavision lenses (a first in South Korea according to Netflix), it is unfortunate then that the spectacle of Okja may be somewhat diminished by its intended distribution method, with Netflix streaming likely the method most audience’s access the film.

Nonetheless, Okja is a film which deserves to be watched, regardless of platform. Although it may spread itself too thin in terms of characters and ends on a disappointingly predictable third act (a surprise given director Bong’s previous works), Okja is still worthy of commendation. Its unapologetic social commentary and deft combination of heartfelt emotion and absurd comedy delivers a big-budget experience which feels increasingly rare for live-action blockbusters, especially in the West.