A Tibetan shepherd is told by the village chief to go into town to get a photo ID card. A simple request thus leads the reclusive sheep herder into the modern world of Tibet where director and screenwriter, Pema Tsden (Old Dog) gracefully succeeds in showing the clash between traditional and contemporary Tibetan life in his new film, Tharlo.

Acting in his first lead role, Tibetan stage and comedic actor, Shide Nyima takes on the role of Tharlo, a kind-hearted man who has lived most of his isolated life in the mountains of Tibet. Riding his motorcycle into the city, he is not only swept up by the buzzing world of modern Tibet he also finds love and falls for the beautiful and alluring hairdresser, Yangtso (Yangshik Tso). For one night, Yangtso guides the naive Tharlo through her world: she takes him to a karaoke bar, gets him to try cigarettes and liquor and listen to music he isn’t accustomed to. And it is for that one night, that we witness the shift of Tharlo’s character as a result of Yangtso’s influence. Later we see that he has taken what he has experienced back home in the mountains which not only negatively impacts upon his traditional lifestyle but also on Tharlo’s himself. 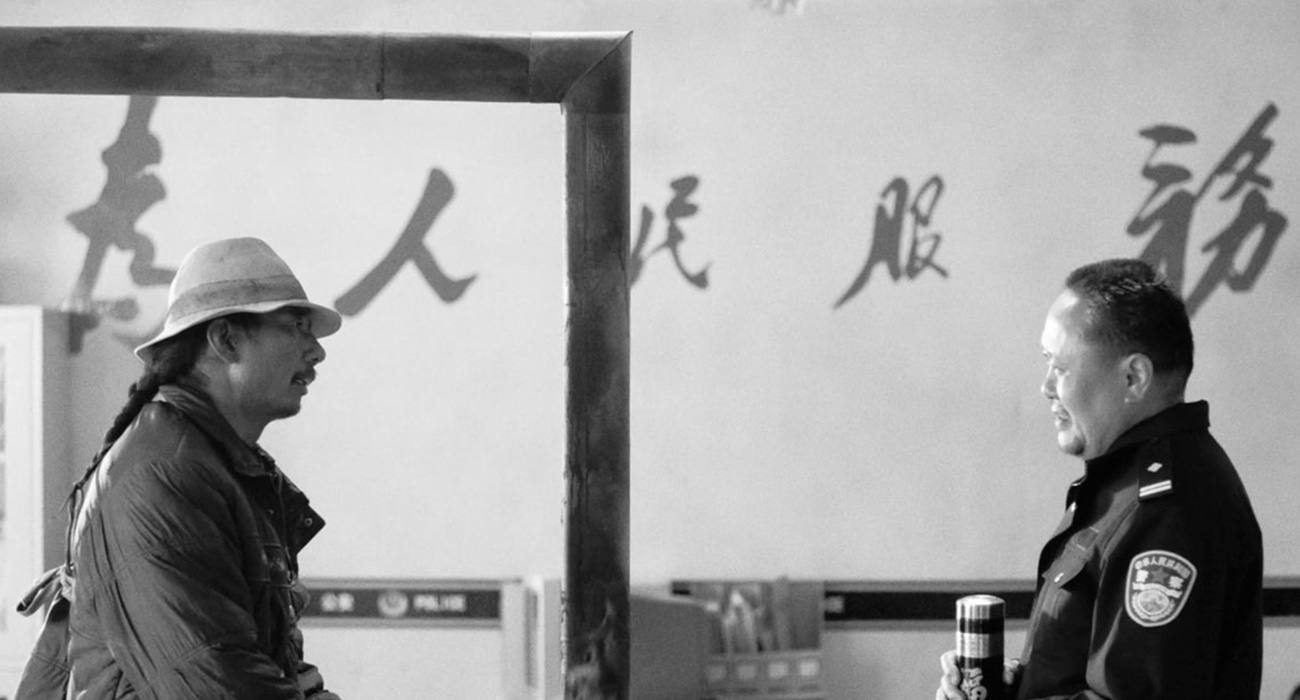 Shot in black and white photography, Tharlo‘s visual style helps narrow and ground the film in realism, focusing especially on characters and their body language (especially during one of the scenes at the hair salon). This sharp contrast of black and white also works on a thematic level too, establishing a visual difference between the life of isolation that Tharlo had led prior to his contemporary experience in a more modern Tibet.

Tharlo has a lot of interesting choices in framing too with Tsden utilising a unique arrangement of characters and their settings. These too help illustrate Tharlo’s isolation and separation from the world. In one scene, a wide shot of Tharlo  (who is completely boxed in by a frame within the environment) and a police chief standing across from each other which clearly demonstrate a separation of lifestyle between two characters. Tsden also makes use of mirrors in his film, most notably in scenes taking place at the hair salon. While one can argue that the mirrors purely exist given the environment of a hair salon, there is a poetic element to their existence in these scenes too. When Tharlo isn’t looking at Yangtso, through her eyes and his reflection we as an audience see her true intentions towards the eponymous character. 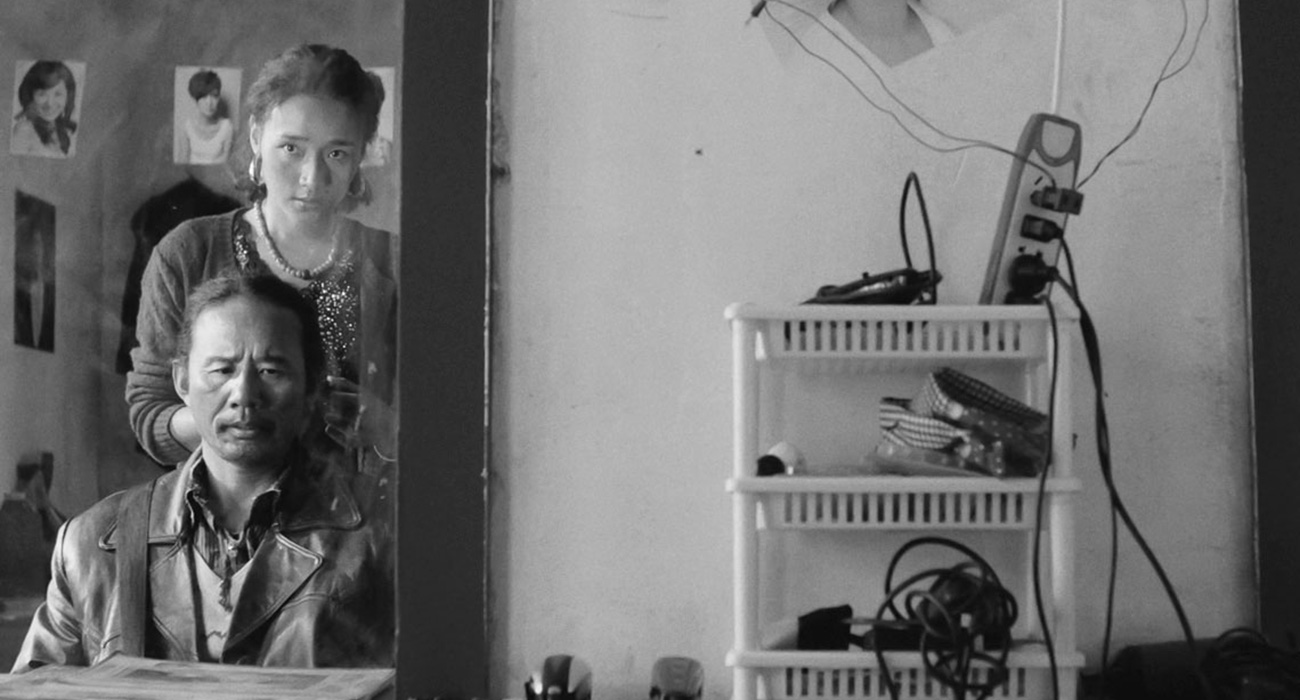 Other motifs in the world of Tharlo, such as a lamb to represent Tharlo’s innocence and naviety, also exist. The further the the film progresses and the more that he learns of the modern world, the less we see of that lamb. One scene in particular sees the lamb become background noise, fading off just like Tharlo’s simple attitude of the world.

All this is to say that Tharlo is a unique film, one that clearly highlights a clash between the traditional and modern lifestyle of Tharlo and perhaps that of Tibet at large. While Tsden’s symbolic storytelling in Tharlo does move at a slow pace, it is also one that’s necessary once we see the character’s slow spiral of self-destruction come to a heart-wrenching end.