A vampire yakuza boss, a vampire hunting priest, a Kappa goblin and a man in a frog suit. Sounds ridiculous, right? Well thanks to director Takashi Miike (Audition, 13 Assassins), who teams up with screenwriter Yoshitaka Yamaguchi (Neko Samurai), you can see these characters and more presented in the chaotic, out of this world and ridiculously crafty Yakuza Apocalypse; a film that will either be a hit or miss with fans of Miike.

From the opening scene, yakuza boss Kamiura played by Lily Franky stumbles into the film with blood on his face and with the sword he carries, begins slaying mobsters running towards him. It’s a scene that feels reminiscent of 13 Assassins; the exaggerated and bloody fights that I and other Miike devotees have come to appreciate from the director. 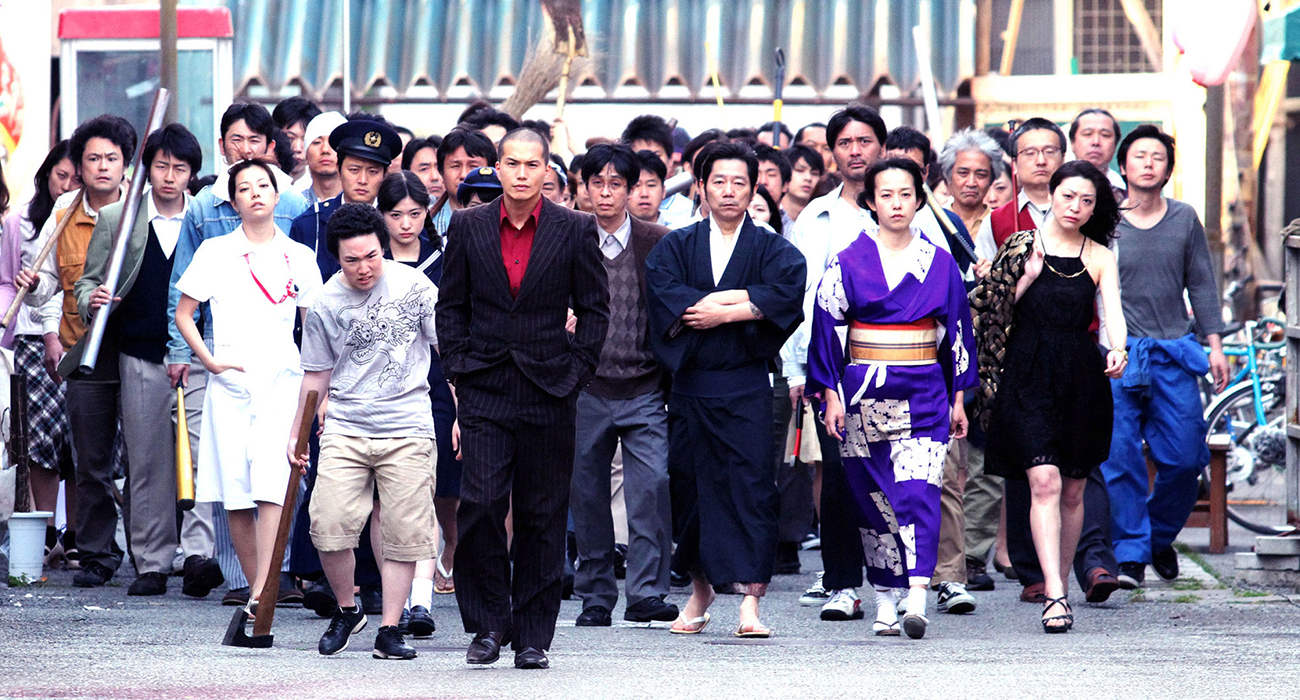 The film starts off great and makes the concept of a vampiric yakuza boss acceptable within this weird world. Yakuza Apocalypse proceeds to run through the rules that its criminals adhere to in order to run and govern their town; the number one rule being: “Do not hurt the civilians”. Actor Hayato Ichihara takes on the role of the young, ambitious yakuza, Kagayama, a young man who greatly admires his boss but doesn’t know of that he’s a vampire. That is until the electric stake and gun wielding priest/vampire hunter (Ryushin Tei) kills him with the help of an Indonesian otaku and martial artist played by The Raid‘s, Yayan Ruhian.

Kagayama soon becomes a vampire after he is bitten by the decapitated head of Kamiura and from there, the young gangster proceeds to avenge his boss. And from that thread of predictability, Miike proceeds to build up a story of how he learns to control his powers to maintain the honour of his former boss.

It’s all pretty ridiculous but nevertheless comedic as its sense of humour had me shaking my head and wondering what kind of world I just entered. Scenes like Kagayama testing his high body temperature by cracking an egg on his hand and literally having it cook before him to having the “new” yakuza boss, Zenba’s (Reiko Takashima) ear literally spitting out ear fluids were all bizarre. Even stranger things follow in the film but it’s when the most dangerous villain in this film, a man in a frog suit, that’s enough to make you wonder just what the hell you’re even seeing. 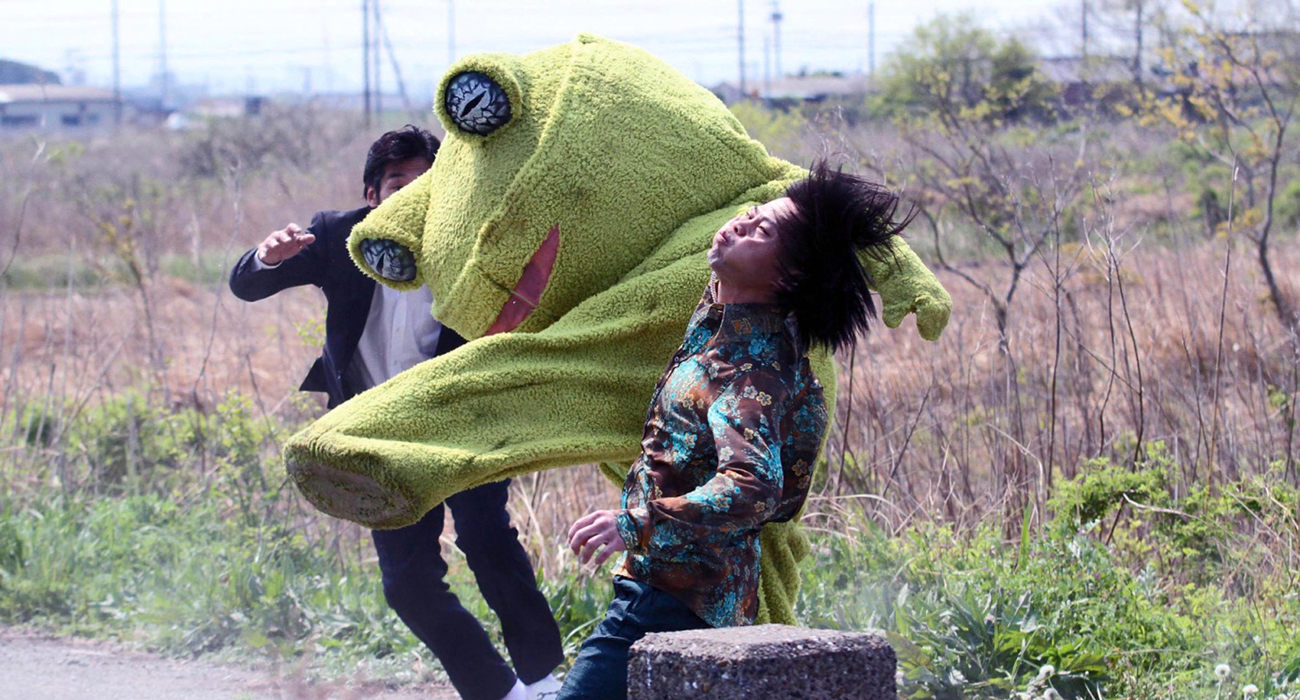 All this is to say that story isn’t important. Forget any sense of fluency or cohesion as Yakuza Apocalypse’s wild experience is what people should be taking away. Its fight scenes are commendable at best and in the case of Ruhian who has shown that he is capable of putting on a great martial arts show, his skills particularly feel underutilised int he film.

Overall, Yakuza Apocalypse is as crazy and chaotic as the title sounds yet also strangely enticing to watch. I wouldn’t expect anything less from Takashi Miike. It’s a ridiculous film that, by the time you figure out that it’s only gonna escalate, you abandon all hope of any straightforward storytelling and instead wait and revel in the next bit of outrageous fun that comes your way. Because when a gigantic kaiju version of a man in a frog suit appears on screen breathing fire, you shouldn’t take this so seriously.