There are plenty of high school films around, even if you take Hollywood out of the equation. But films that focus on the real coming-of-age years of teenagers and their transition into adulthood (aka The College Years)? Surprisingly not so much. Twenty, the new Korean film, joins this subgenre and attempts to explore the experiences of young adults in a humorous manner.

Writer-director Lee Byeong-hun‘s sophomore film is bound to attract its fair share of fangirls with its casting. Kim Woo-bin, “It” Boy since his turn as the Chuck Bass of monster K-Drama hit Heirs, rising K-Drama actor Kang Ha-neul and 2PM’s Junho make up the three best friends the film focuses on. 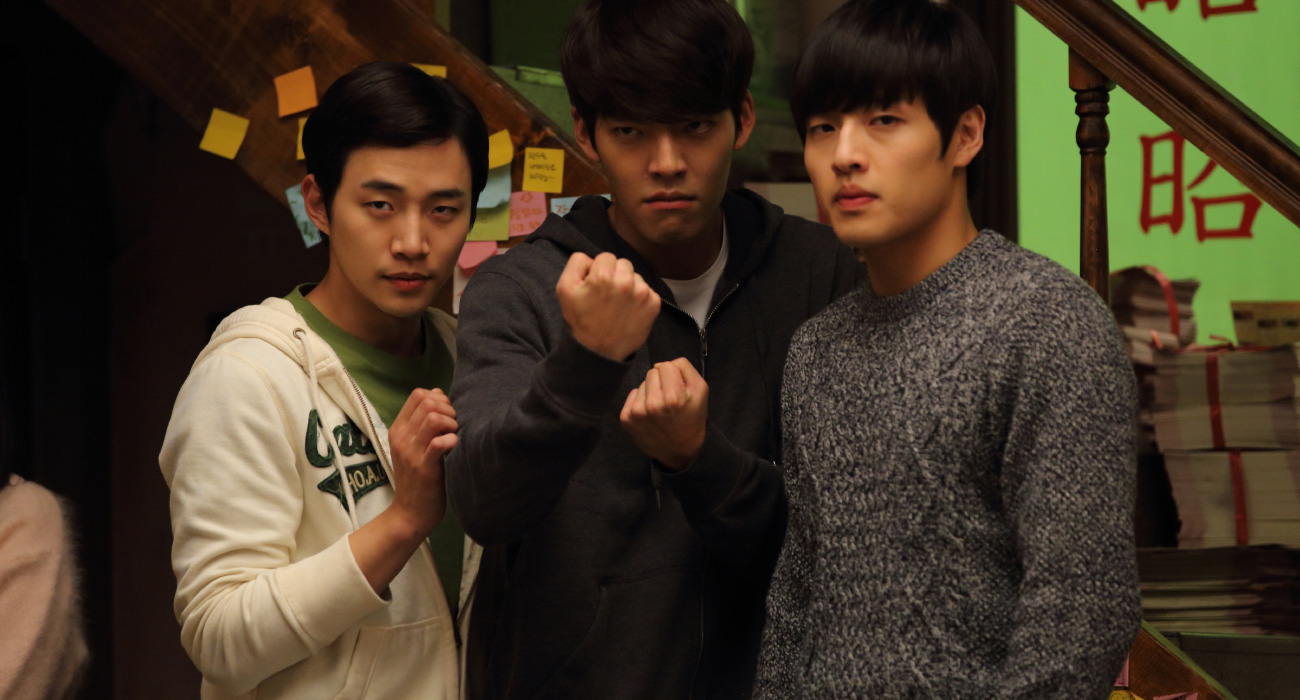 But these actors are not just easy on the eyes. One of the key strengths of the film lies in its casting. Kim Woo-bin plays Chi-hoo, a rich playboy with no direction in life and has mostly unlikable qualities. But Kim Woo-bin is an intensely charismatic actor who keeps the audience on his side despite everything, something that’s become a signature of his – playing bullies and assholes yet somehow still charming his way through. He also happens to get the funniest lines and moments in the film.

Kang Ha-neul’s character Kyung-jae is the straight man of the group; he’s the practical, studious academic who falls in love with his sunbae (senior), the beautiful and intelligent Jin-ju who is played by Min Hyo-rin, which automatically means she probably is also troubled and unattainable. Kyung-jae’s storyline is the perfect first crush story, and his character, being the most practical and down to earth, is also the one to suggest that perhaps growing up is all about learning how to compromise on youthful ideals: “We are now forced to choose between our dreams.” Kang Ha-neul does more with his stock role as “The Protagonist” than what is required, showing his potential as an actor.

Then we have Junho, who plays Dong-woo, who has to grow up faster than the other two. His family is bankrupt and his father is in jail. He takes on multiple jobs in the city to support his mother and three younger brothers. University is not even an option for him. He wants to pursue his dreams of being a manhwa artist, but finds reality bearing down on him. It is to the film’s credit as well that it manages to balance heavy themes such as Dong-woo’s storyline, and still keep things humorous. A lot of this mostly comes from his mother’s deadpan sarcasm, and the teasing from his love interest So-hee (Lee Yoo-bin) who also happens to be Kyung-jae’s little sister. 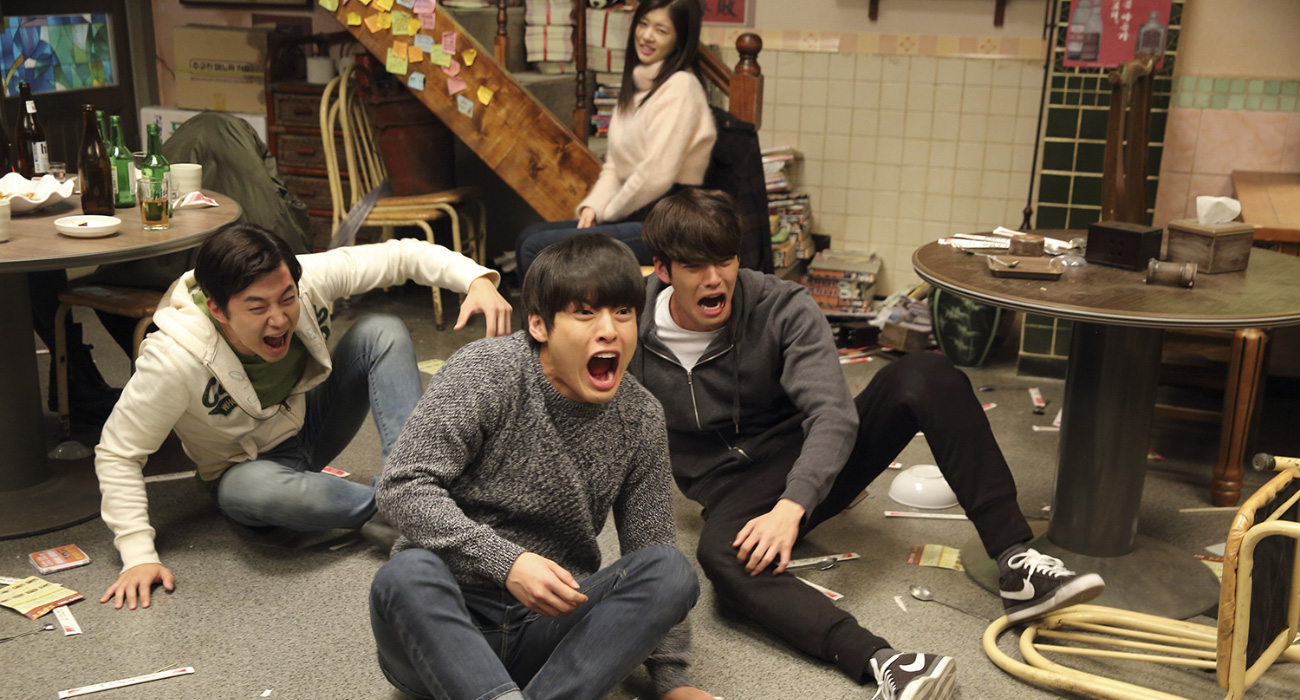 However, one of the film’s primary weaknesses comes from the way it treats its female characters. The entire script is full of rather cliched and sexist towards its female characters, and all of them lack agency or any sort of inner and social life outside of the film’s male characters. If they do have a life outside of the male characters, it is with other men. For example, Jin-ju’s life seems to revolve around her friendship with Kyung-jae, and if not, with her absentee boyfriend. So-hee seems to be interested in art since she attends art class with Dong-woo, but other than that we also know nothing about her. So-min (Jung So-min) starts off the film as being fought over by the three boys and winds up as Chi-hoo’s on-and-off again girlfriend, who he treats terribly. Chi-hoo’s treatment of women is frankly appalling; they are as disposable to him as last night’s leftovers.

Even though I found most of the film funny and heartwarming, I must confess to finding some of the humor quite dated and cliched as well. Much of the joy of the film does come from the charismatic leading men, and this is a nice addition to their filmographies. Twenty is overall a decent addition to the coming-of-age genre and features aspects where other films of its ilk can learn from: exploring the realistic aspects of pursuing careers, pursuing one’s dreams and how these may not intersect. I hope writer-directer Lee Byeong-hun gets his act together regarding the writing of his female characters, or leave the writing of them to a female writer.