South Korean genre filmmaking continues to excel this blockbuster season with films like Park Chan-wook’s sumptuous Gothic-laden romance The Handmaiden, Na Hong-jin’s supernatural horror The Wailing and Yeon Sang-ho’s zombie smash-hit Train to Busan, each laying claim as to why it should be considered the overall Korean film of the year.

By comparison, Tunnel, the new film from writer-director Kim Seong-hun (whose last film was the fantastic 2014 crime caper, A Hard Day), may appear to be a lot tamer and more modest than some of its stylised counterparts yet beyond simply delivering on genre thrills, Kim’s film is also by far the most socially conscious blockbuster to emerge from the country in 2016. And in a crowded year of quality Korean genre blockbusters — one of the strongest in recent memory — it too has the same right to claim itself as one of the year’s best. 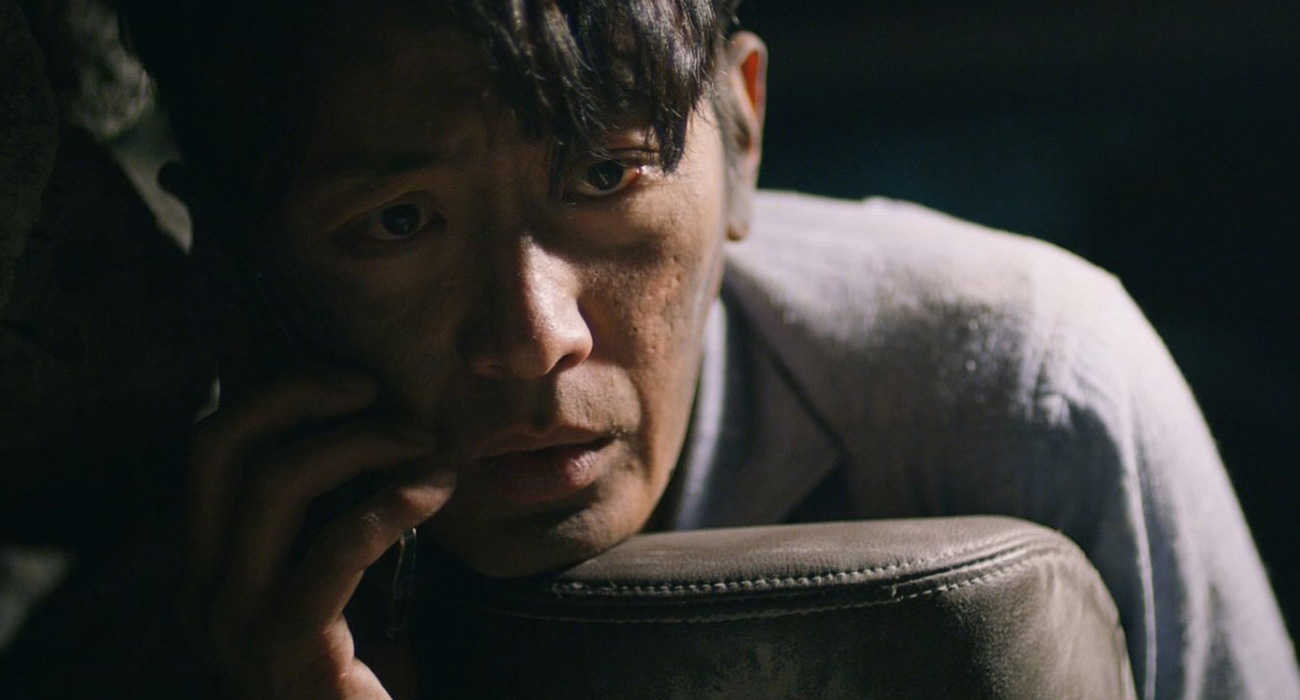 Tunnel — which simply tells the story of a man, Lee Jung-soo (Ha Jung-woo), fighting for his life after becoming trapped underneath a structural collapse — uses the disaster film format as a means to address large issues facing South Korean society – namely government action, their spending and media reportage. Though its narrative feels familiar, Tunnel also feels like it has been ripped straight from news headlines. And given the country’s history of building collapses — the most recent in 2014 when ten students were killed as a result of cheap building materials, poor design and planning and inadequate processes to ensure the building was safe to inhabit — it is perhaps no coincidence as to why Tunnel exists not just as a work of thrilling entertainment but also as a piece of social commentary.

Director Kim takes aim at these issues predominately by way of comedy, making fools out of the reporters involved in the ridiculous media circus surrounding Lee’s rescue and the self-serving government officials responding to it. Even in the face of dire situations, Tunnel, and by extension much of Korean genre filmmaking, manages to weave in sensible instances of light reprieve from the tragedy outlined in the film. Given the director’s previous experience on A Hard Day, it should come as no surprise that Kim is able to blend these tonal shifts effortlessly — the disarming humour accentuating the drama that follows.

But Kim’s humour also works both ways. We are allowed to laugh at the farcical rescue operation early on but in doing so, we must also ask ourselves why a subject like this could be made to appear comedic and consider that the things we are able to laugh at should also be addressed. Scenes including media intervention during a rescue operation by way of drones and ones showing a clear lack of resources and knowledge available for rescuers to respond to unique situations like this simply go to show the extent of these problems, which Kim clearly has issues with and is able to capture extremely well on screen. 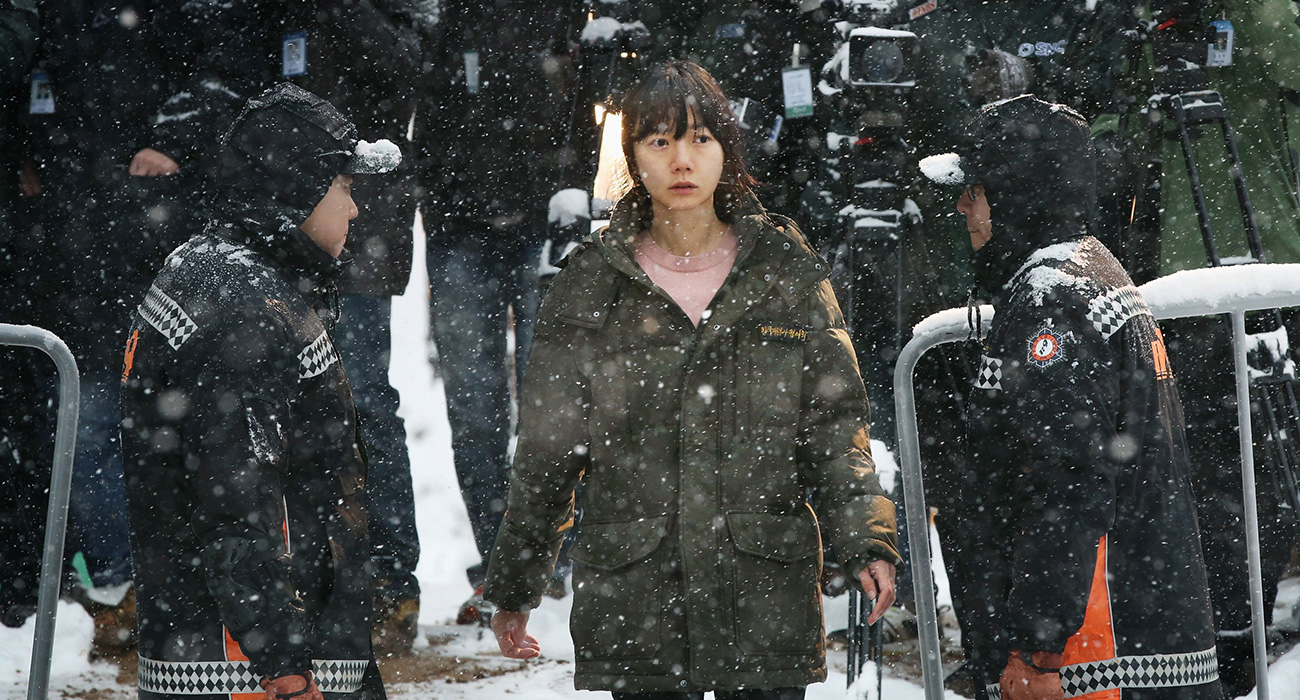 Also captured well in the film are Tunnel’s performances which touts what may be considered a career-best from South Korean stalwart, Ha Jung-woo, who does a tremendous job of pulling together this mostly one-man show. The actor, who over time has worked with some of the best Korean filmmaking talent today, musters up a demanding performance that requires the actor to exhibit ranges of desperation, exhaustion and even comedy – all within terribly confined conditions.

Bae Doona serves up a reliable supporting performance as the concerned wife doing all that she can to support her husband’s rescue while becoming embroiled in the media circus – her performance only gets better once her character begins to come into clearer focus in the film. Meanwhile supporting actor Oh Dal-su continues to show why he’s one of the most underrated acting personalities in South Korea as the head of the rescue operation whose frustrations with the lack of media discipline and government support essentially mirror the audience’s. 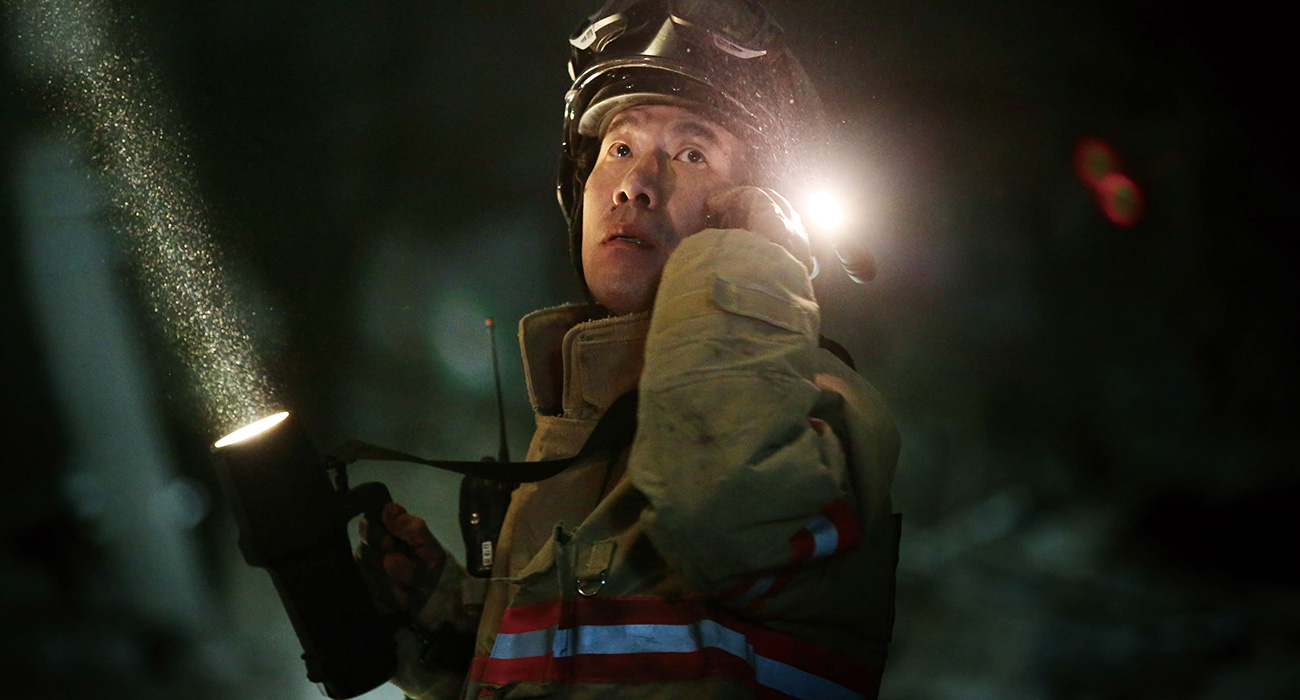 While Kim’s vision for the film does allow for some compelling performances, great set pieces and ample dosages of social commentary, Tunnel is admittedly a touch overlong and throws in perhaps one too many twists into its story — all simply to prolong Lee’s rescue and emphasise his exhaustion and struggle. One particular subplot from within the tunnel does create a bit of a hindrance in the film — especially when you consider that there isn’t much of a resolution to close that story — although without it, we also wouldn’t get some of the best moments of comic relief in the film (an adorable pug named Tengie is involved).

Kim Seong-hun’s Tunnel mightn’t register with audiences abroad as immediately as some of the bigger name Korean films to drop this year — even with acting heavyweights like Ha Jung-woo and Bae Doona lending their talents to the film — but that doesn’t mean it should be overlooked either. What Tunnel addresses feels too big to ignore and will make you ponder over what the next steps should be to ensure that an entire country can respond to crisis and tragedy responsibly in the future.