DISCLAIMER: Filmmaker Sion Sono has been accused of sexual harassment and abuse by several actresses in Japan’s film industry. To learn more about these allegations, please read this report by Variety and visit this Twitter thread by actor Yuki Matsuzaki.

Filmed in Ether does not tolerate any form of sexual misconduct and condemn those that abuse their positions of power. In light of these allegations, Filmed in Ether will no longer produce any coverage and publicity for any of Sion Sono’s films, new and old, moving forward.

As we are an Australian-based publication, please seek out these Australian support services if news of Sono’s allegations have caused you distress.

Time and time again we have seen and heard stories of filmmakers being given the short-end of the stick by producers and studios; filmmakers forced to provide audiences with a neutered version of a film that comprises on their creativity. Is Sion Sono’s latest project, Tokyo Vampire Hotel, among these doomed projects? Almost.

After releasing Tokyo Vampire Hotel as an Amazon Original mini-series online in June, the renegade filmmaker has now provided festival audiences with a two and a half hour cut of that series. It is worth noting that each episode in the series varies between 30 minutes to an hour. While the decision to create a festival cut mightn’t be due to pressure from producers (especially how Amazon has given the director a means to shoot his series like a feature film) the abridged version of Sono’s series nevertheless disappoints. The final product does indeed promise what we’ve come to know from Sono — CGI blood, ultraviolence, dark humour and surreal worlds are simply par for the course in a Sono film — yet what he does choose to include in this version of his latest project may not be truly representative of his vision. 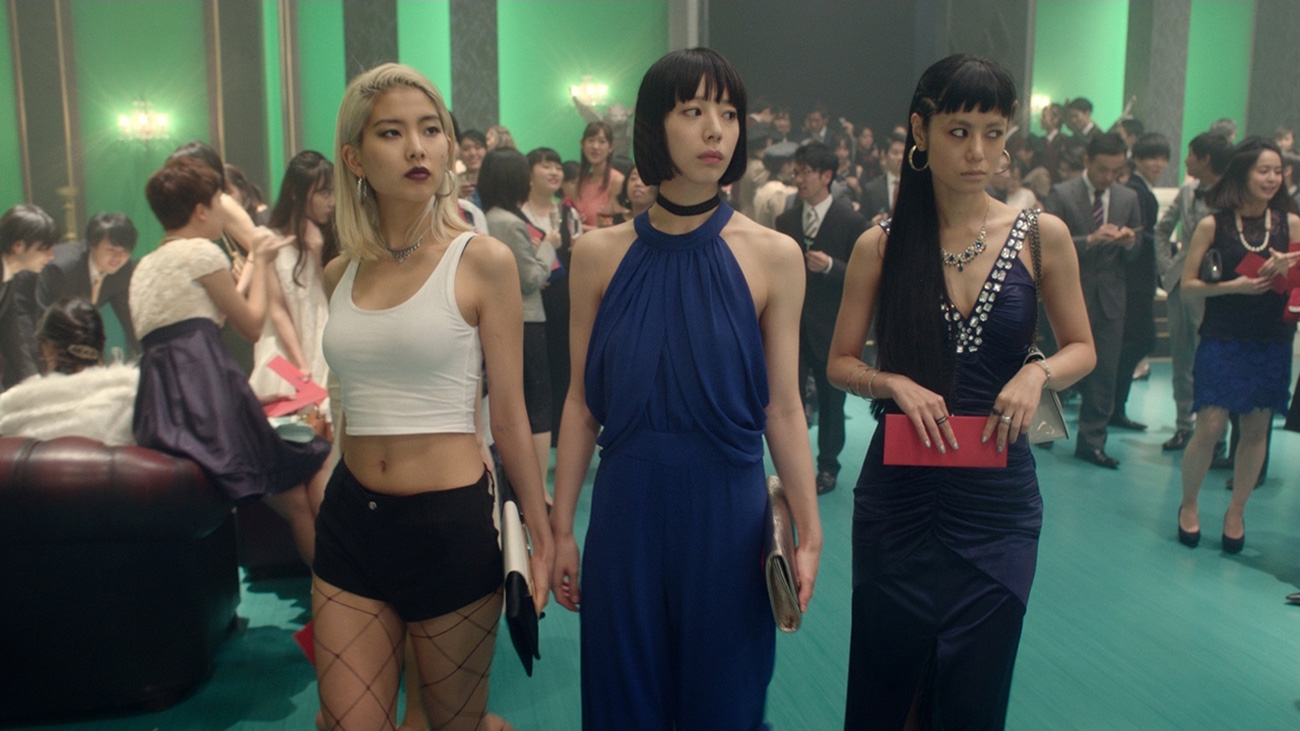 And what an intriguing project it is as Tokyo Vampire Hotel sees Sono put his own spin on vampire mythology by giving audiences a story set in the near-future of 2021. In this post-Tokyo 2020 Olympics timeline, warring vampire clans, the Draculas and the Corvins, continue their centuries-old rivalry by spilling blood all around the world from Romania to Japan. Tokyo Vampire Hotel is truly the kind of dystopic sci-fi horror that Sono has excelled at in previous films yet given its condensed presentation, several glaring problems do hold it back from being a really enjoyable time.

The feature version progresses through the narrative beats all too quickly early on, rarely giving audiences a moment to pause as the story hurdles from one plot point to the next. During the latter half of the film, things take a dramatically slower turn as we begin to learn more about the key players through expository scenes; scenes that make it clear that entire episodes in the original series have been dedicated to specific characters. As a result, lead characters, Manami (Ami Tomite) and K (the singularly-named Kaho) lose their importance within the story as the mayhem in the background plays out. And supporting characters who may perhaps have a larger role in the series are relegated to glorified bit parts.

Tomite returns to work with Sono after a magnificent turn in his feminist feature Antiporno as a young woman caught in between the battle for reasons that soon become apparent. Meanwhile Kaho (Our Little Sister) takes up the role of a mysterious a badass vampire warrior who tries to help and guide Manami (think Kate Beckinsale’s Selene in the Underworld series). Rounding out the cast are Yumi Adachi, Sono’s wife and regular collaborator Megumi Kagurazaka and Shinnosuke Mitsushima (whose many costume changes are truly something to behold, with each outfit more spectacular than the last!). 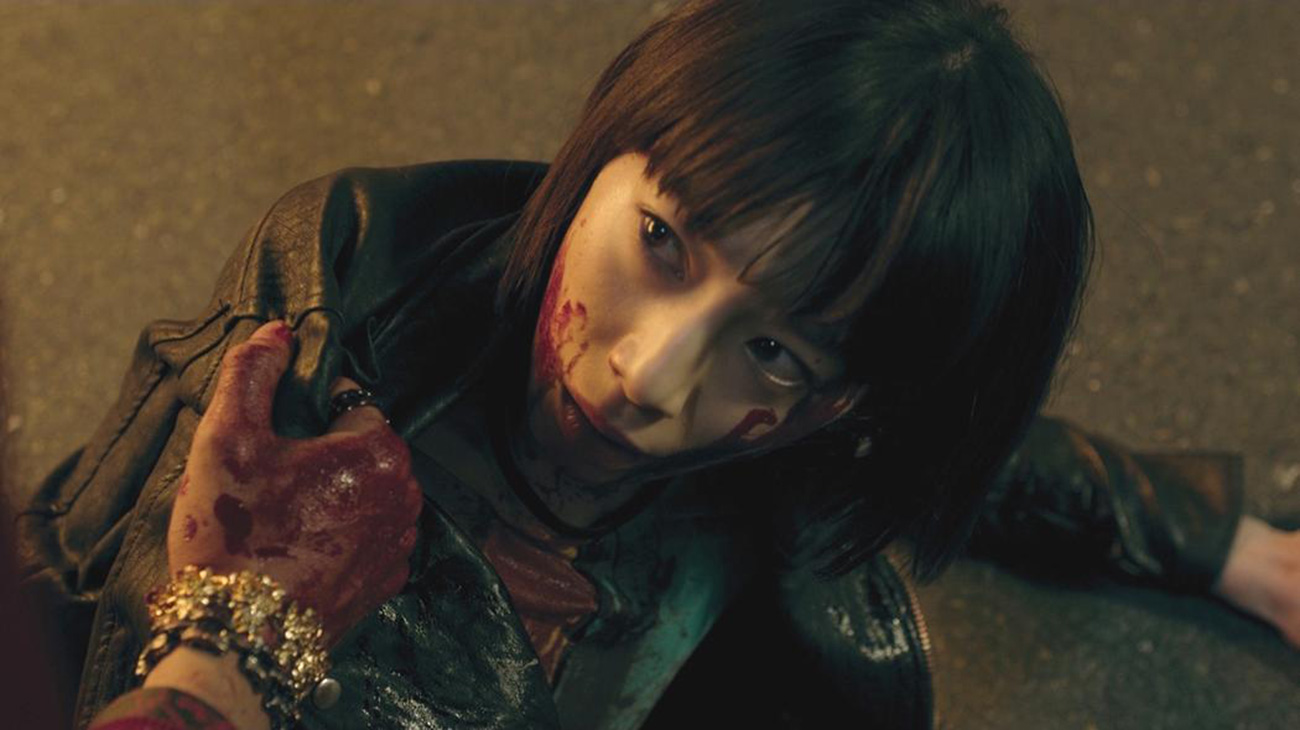 The titular hotel where a majority of the feature takes place in is certainly a gloriously designed set, one that feels like it could very well be a garish extension of Kyoko’s apartment in Antiporno. Impressive also are the lengths in which Sono, and to an extent Amazon, have gone to tell this story. Parts of the film/series were also shot on location in Romania inside Bran Castle (popularly cited as the home of Dracula), the Salina Turda salt mines and areas around Translyvania. Yet even with its Romanian settings and fun production design, it still doesn’t hide how incomplete this edit of Tokyo Vampire Hotel feels.

This is a shame because when Sion Sono is at his most imaginative, he is capable of turning in some terrifically silly films. Why Don’t You Play In Hell? and Tokyo Tribe rarely take themselves seriously for example yet both remain in line with the brand of pandemonium that Sono brings to almost all of his films. It’s not that the film doesn’t try to entertain either  — there are a lot of qualities about Tokyo Vampire Hotel that do delight — but the complete experience certainly feels lacking.  Instead, what we are presented with is a film that packages all the imagination of a Sono production with none of the precision the filmmaker is known for in his world-building and storytelling.