The Thieves (2012) is director Choi Dong-Hun’s (Tazza: The High Rollers) most successful film, having sold more than 12 million tickets by the end of its theatrical run in South Korea, beating out The Host (2006) and Hollywood blockbuster Avatar (2009). Following its success in South Korea, The Thieves went on to be screened at many film festivals around the world; including the 2013 edition of the Korean Film Festival in Australia (KOFFIA). It even got a limited theatrical release in Australia! Often cited as the Korean version of Ocean’s Eleven due to its nature as a heist film, The Thieves brings its own unique elements to the standard heist plot, adds an adrenaline rush of action to keep viewers on the edge of their seat and has enough comedy to keep you more than entertained. 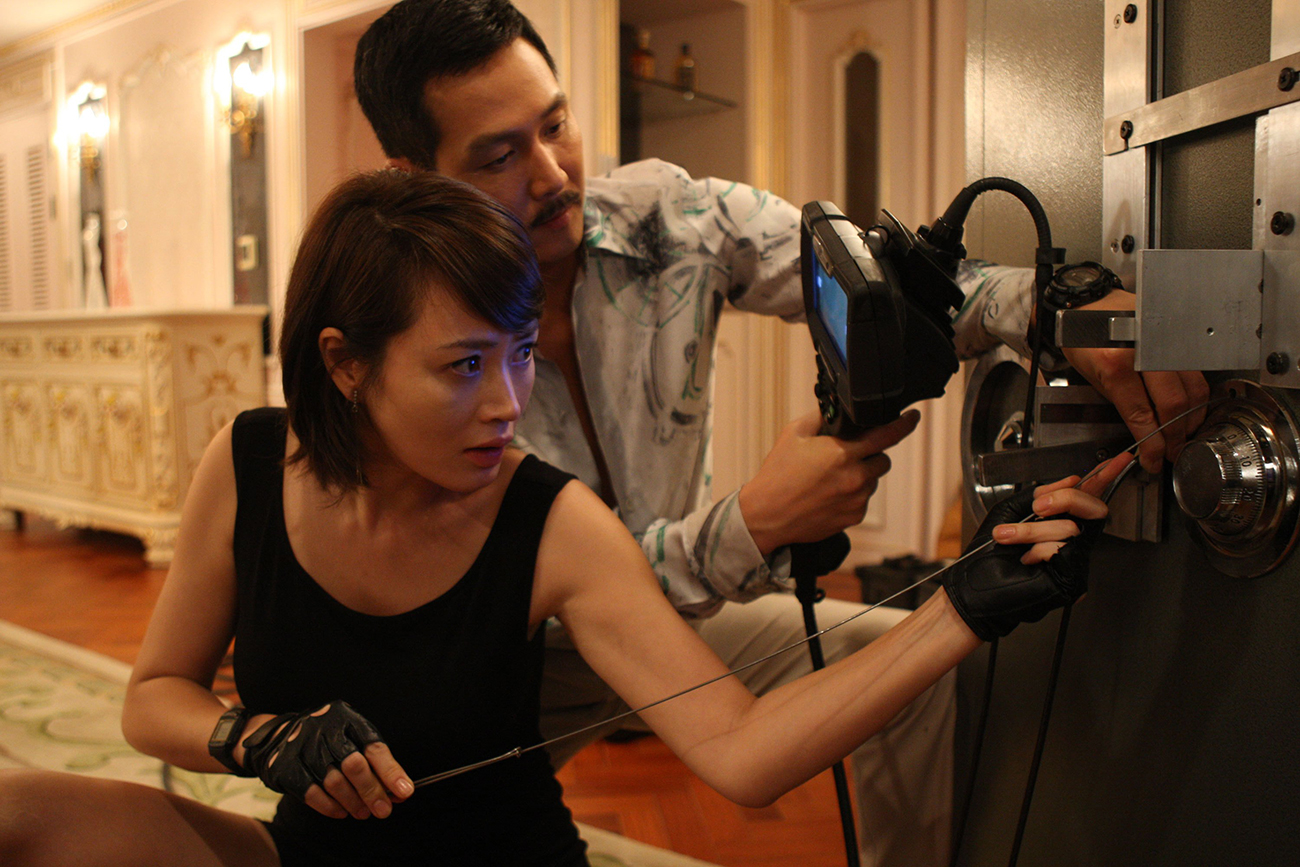 However, due to an unresolved past with Macao, Popie also decides to bring in a third member from their past crew: Pepsee (Kim Hye-soo), a safe-crakcer who has only just finished his prison term. Having assembled his team, Macao explains to them that they’re all “professionals at the top of [their] game” and further elaborates on his plan to break into a casino and rob a diamond known as the ‘Tear of the Sun’.

Playing out like any other heist film, The Thieves has plenty in the way of action, intrigue, betrayal, and comedy. It’s a nail-biting experience just to simply watch the action around the film unfold. Who is going to betray who? How will the Korean and Chinese groups work together? These questions and more add to the film’s overall quality and the more you learn about each person in each group, the more intriguing it all becomes. Admittedly, the movie does drag at times whenever it tries to explain the pasts of Macao, Pepsee and Popie and could have been better explained through dialogue as opposed to full-on flashback scenes. That said, the scenes themselves feel rushed, likely due to the fact that the film has to remain on track with its main, ongoing heist. 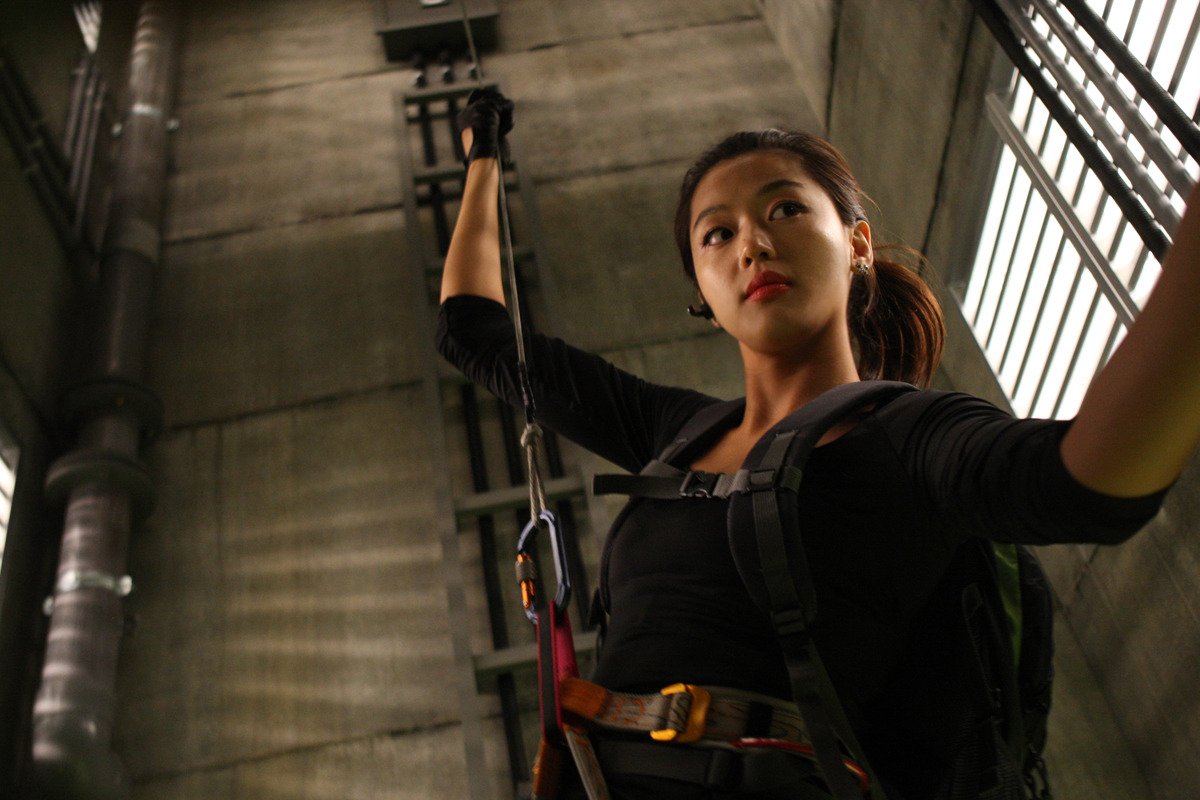 Of course, as is the case with heist films with an ensemble collective, many of The Thieves’ characters don’t get the chance to shine or share any of their back-story, particularly the characters of Johnny and Andrew (though being the clown of the group and being only Korean in a Chinese group does make them stand out enough). Kim Hae-sook and Jeon Ji-hyun are a hoot in this film while Kim Soo-hyun, seen here in a minor role, is able to hold his own. Ditto for veteran Hong Kong actor, Simon Yam and Angelica Lee.

Despite a few gripes with the film, the twist that occurs in the film is enough to push it forward and drive the film home for me. It mightn’t be a cinematic masterpiece but it’s a fun thrill for what it’s worth – certainly something that I would add to the DVD shelf.