Spanning several years, The Villainess follows Sook-hee (Kim Ok-bin), an assassin who has been trained since childhood to be a merciless killer. Following her massacre of a group of criminals (a spectacular, albeit disorienting, one-shot sequence filmed from a first-person perspective), she is arrested and turned into a government agent. Guaranteeing her freedom after ten years of service, Sook-hee is placed undercover alongside Hyun-soo (Bang Sung-joon). Under the surveillance of Kwon-sook (Kim Seo-hyung), Sook-hee is tasked with exterminating Joong-sang (Shin Ha-kyun), a mysterious man with ties to her past.

Earning a four-minute standing ovation at the notoriously harsh Cannes Film Festival, packed with a star-studded cast, and promising a fresh, energetic take on the female revenge genre, expectations for Jung Byung-gil’s latest were high here at Filmed in Ether.

Filmed in Ether editor Hieu Chau and writer Brooke Heinz discuss whether The Villainess delivers on its promise of an epic tale of vengeance and violence, or if it is ultimately dead on arrival.

Hieu: I can’t help but feel disappointed by The Villainess. It had a lot going for it early on but I don’t think it was until I started talking about it with other people that it became clear how much I was not on board with the film. Which is a shame cause I was hyping it so much!

Brooke: What disappointed you?

Hieu: Well, I knew coming into the film that it would be a really different brand of action. The trailers and the discussion around it suggested as much but I didn’t realise how frustrating it would be. I guess as someone who really appreciates action filmmaking, a lot of the stuntwork and choreography you see is wasted on chaotic camerawork. Although maybe that’s an unfair knock on the film.

Brooke: I have to agree, although coming into it I had very little expectations. While I really enjoyed Shin Ha-kyun and Kim Ok-bin’s past performances in Park Chan-wook’s films, I otherwise had no or little experience with the rest of the crew and cast. Regardless, I am still disappointed because, like you mentioned, you can tell that the fight choreography is fantastic, but unfortunately wasted by such poor (although ambitious) camerawork. I am someone who enjoys their action films shot with clarity over style (although having both is appreciated). I think the use of first-person will be quite divisive… 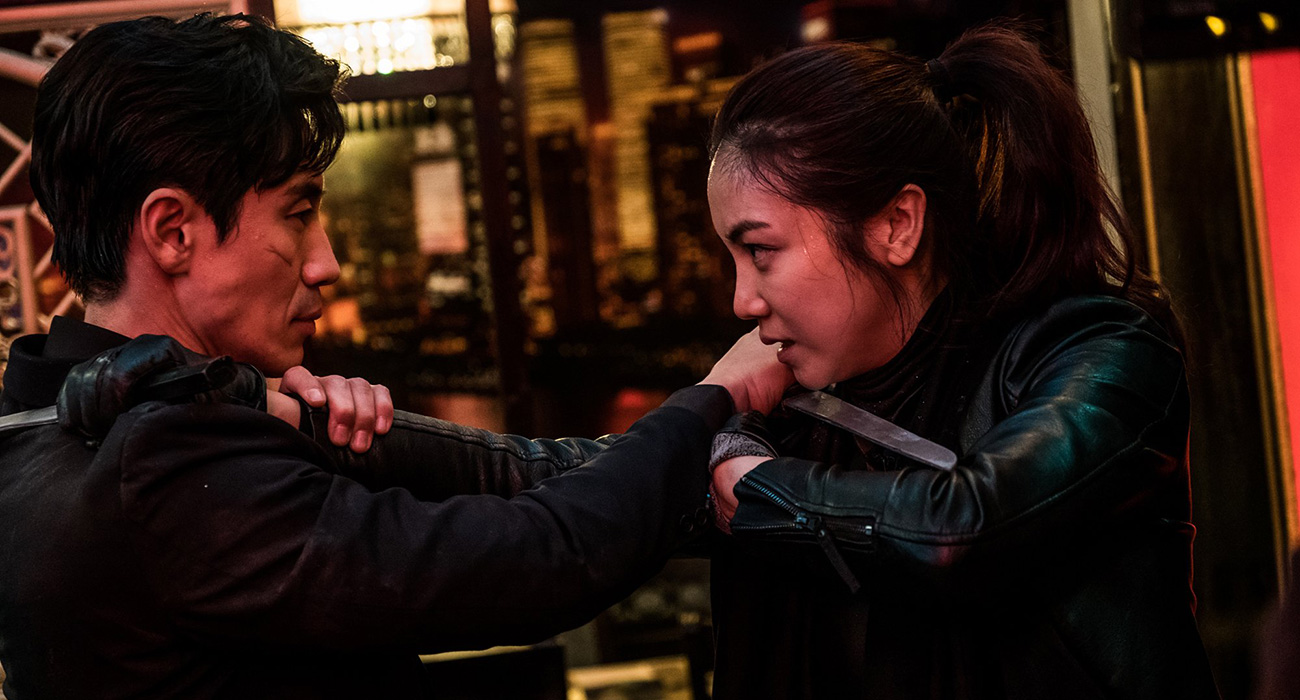 Hieu: I have no doubts that the first-person technique will divide those who love action filmmaking, especially when we know that action filmmaking in Asia is world-renowned for its clarity, as you say, and its precision in capturing fights — whether by gunplay or hand-to-hand. That being said, I think The Villainess does offer an interesting vision of what action filmmaking can evolve into — or at least inspire a whole new brand of action cinema — but it’s probably not one that I’m gonna want to warm up to right away. I play too many video games, and don’t want it to feel like I’m watching one all the time. At least with video games, I’m controlling the action.

Brooke: Even outside of the first-person moments, I found the action cinematography confusing and almost painful from a lack of stabilisation — it is unfortunate that I was often hoping for a quick end to the action sequences despite the fantastic staging and (obscured) choreography. Even in dramatic moments, it felt indulgent and superfluous, especially the rotating shots which always left me waiting for an exciting transition or important piece of dialogue which never arrived. And this is coming from someone whose favourite cinematographer is arguably the king of opulence, Chung Chung-hoon (Stoker, The Handmaiden)!

Hieu: And a trend that’s emerged in recent times is for single take shots to be digitally manipulated too. That seems to be the standard now, not just in Asia but everywhere else, and while it might make a film feel more exciting, I just think that if you’re able to stage it the way that you have why not go all out and really make it one long take? I’m sure they have their reasons but I just thought it was something worth noting. But for more the part, it feels like we both weren’t huge on the way action was communicated.

Brooke: Definitely, and like you said, it is a shame because from what I could tell, the action was impressive! If filmed by someone with more action experience, it really could have been something special and still maintain a modern action cinematography style — Gareth Evans (The Raid series, Merantau) immediately came to mind as someone who could have done the choreography justice.

Hieu: So the action was good but the camerawork left a lot to be desired, so to speak. 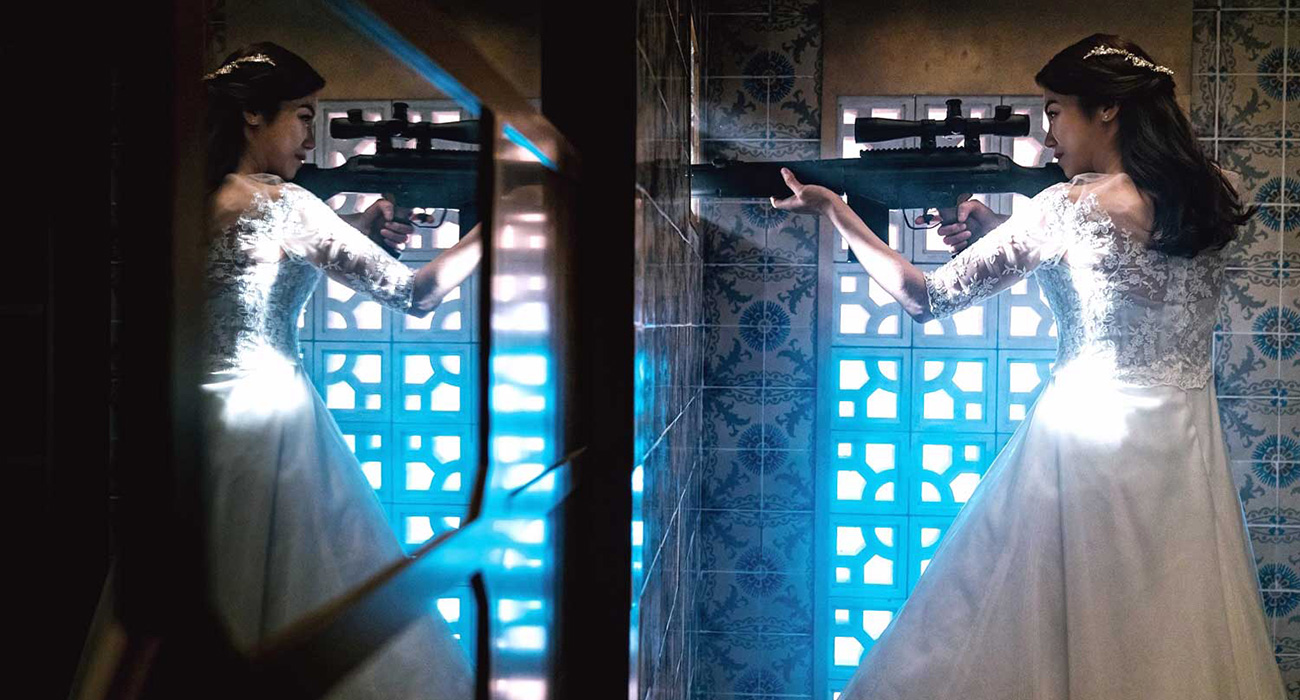 Brooke: Yes, that’s correct. But I think the more dramatic moments, which take up a surprisingly large part of the film, might be similarly polarising. What were your thoughts on the more melodramatic, almost K-drama, romance moments? The return of the ‘waiting in the rain with an umbrella’ trope had me giggling.

Hieu: I thought it relied too much on tropes but felt the film also kinda needed those moments to slow down after the franticness in its action. Were there any other bright spots as far as The Villainess’ storytelling is concerned for you?

Brooke: The early moments in the institution were definitely highlights because it introduced us to this world and story with relatively little direct exposition. Additionally, while I am not a fan of K-dramas, I did kind of enjoy the cheesy romance and mundane slice-of-life moments just because the tonal clash was interesting and, like you said, a nice reprieve from the (painful) action. It was also a refreshing deviation from the jaded, stoic male agent trope which seems to permeate a lot of Korean thrillers. But once it launched into a typical revenge, almost gangster film it lost me (both in terms of interest and comprehension — it was quite convoluted).

Hieu: Actually now that you say that, I’m just remembering that I really liked the awkward meet-cute exchange with Bang Sung-joon when Kim Ok-bin’s character moves into the apartment. Her asking for a background check on the guy was great. And like you, I too enjoyed the stuff in the institute. I thought there was some really interesting world-building beginning to take shape there. But I also do agree though that once it settles into the revenge/gangster, it does falter and you do forget about that world. To be honest, I’m still trying to figure out what Shin Ha-kyun’s role was in all this.

Brooke: On that note, what did you think of the performances? There are a lot of big names, such as Shin Ha-kyun (Save the Green Planet!, Sympathy for Mr. Vengeance) and Kim Ok-bin (Thirst). I thought Kim was fantastic and the role allowed her to show a really wide range — even in the melodramatic moments she, at least, felt grounded. Shin, on the hand, was disappointingly cliche (although this may be a result of poor writing). 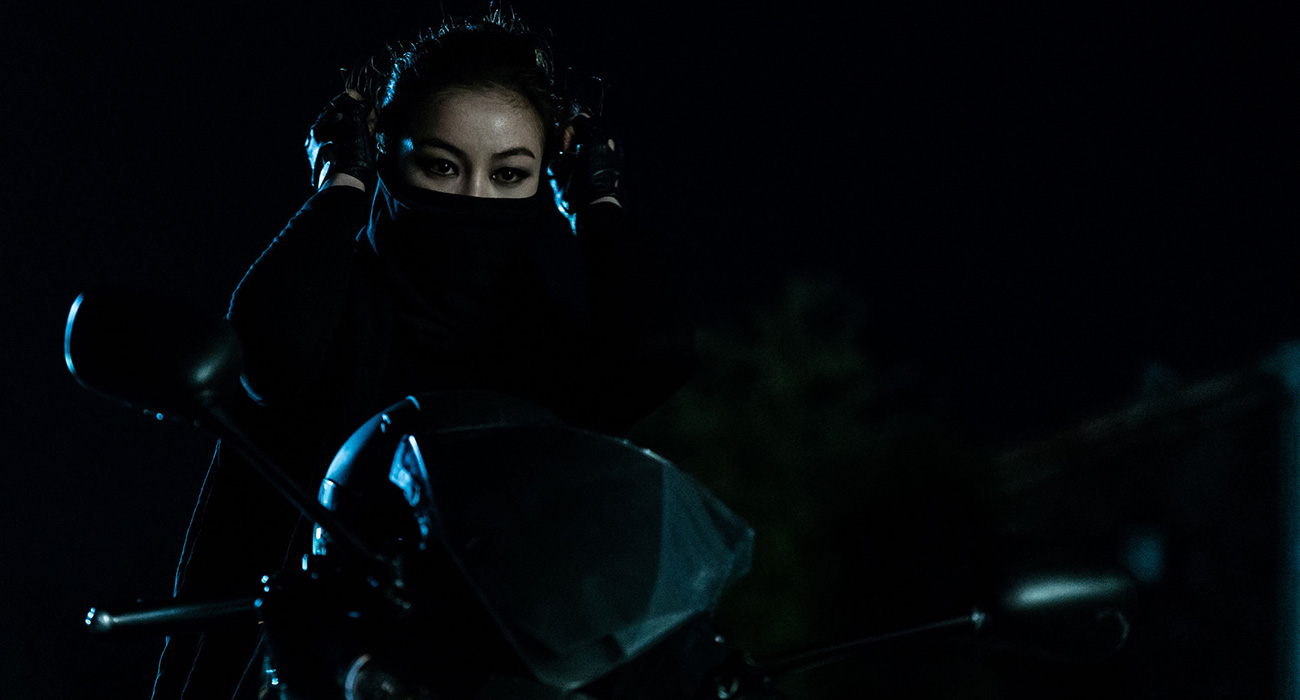 Hieu: Kim Ok-bin can do no wrong, as far as I’m concerned. She’s great in this and you’re right that she does have a lot of range in this from icy cold moments as an assassin to warmer maternal moments. And this actually isn’t the first time she’s worked with Shin Ha-kyun too actually. But for him, I felt the same way as I did with Sol Kyung-gu in The Merciless (which also accompanied The Villainess at Cannes this year) – name actor with a fairly pedestrian role. And this might sound a bit mean, but I thought the child actor playing the daughter could’ve been better but this is probably because the standard for child acting in South Korea is so high. She was cute though.

Brooke: Ah, yes, we have been spoilt by great child actors lately, with Kim Sae-ron (The Man from Nowhere, A Girl at My Door), Kim Su-an (Train to Busan), and Ahn Seo-hyun (The Housemaid, Okja) coming to mind, but at the same time the actress in The Villainess seems quite a lot younger and has a much less prominent role. Luckily, Kim’s performance still makes the parental relationship believable enough to serve the story.

Hieu: Yeah, Kim really had to carry that but she’s a great actress who can do just that. I was just thinking about other great moments she has in the film and that great sinister smile she gives that closes out the film reminded me heaps of Battle Royale — with that little girl who survives one of the games. And actually, I think there were a lot of homages to other films in this too! Not sure if they were intentional, they probably were, but I noticed a callback to Kill Bill (Kim’s character has an origin story similar to that of O-Ren Ishii), a reference to A Bittersweet Life and the opening fights in the hallway felt definitely like a shoutout to Oldboy.

Brooke: I definitely felt director Park’s influence throughout, and not just in the cast and opening sequence. The stark white set design and Christian symbolism in the institute evoked Thirst and, to a lesser degree, Sympathy for Lady Vengeance for me.

Hieu: So I guess for all its tropes, the film does aspire to leave its own mark as an action classic.

Brooke: Unfortunately, on that end I think it misses the mark, although the effort and ambition is certainly admirable.