Review: Love and Other Cults

A cult leader who sees the heart of a deer as God, low-level yakuza brandishing fire extinguishers during a violent street brawl, and a seemingly innocent teenager who moonlights as a hostess. On paper, Love and Other Cults has all the markings of bizarre Japanese cinema. That’s why seasoned fans might be caught off-guard by just how tame it is. Foregoing the expected gratuitous content and off-beat cinematography (but still keeping the outrageous costumes and characters), director-writer Eiji Uchida’s tale of troubled adolescence delves into the search for acceptance and identity during this transitionary period.

Narrator Ryota (Kenta Suga) is our gateway into the lives of a small-town gang of teenagers. The first is his crush Ai (Sairi Ito, giving an extremely versatile performance), whose tumultuous backstory could fill an entire film. Raised by a religious fanatic who compulsively switches religions, Ai is sent to live in a religious commune for the duration of her childhood. Upon return to her distant mother, Ai seeks out a number of surrogate families, many of which lead her into dangerous situations – including prostitution under Ryota’s gang. Leading the delinquent crew is Yuji (Kaito Yoshimura, who relishes in the eccentricity demanded by the character), who spends a majority of his time idolising the unemployment check-collecting yakuza member Kida (Denden). Meanwhile, Yuji’s right-hand man Kenta (played straight by comedian Antony) reconsiders the risk of gang life after finding love. 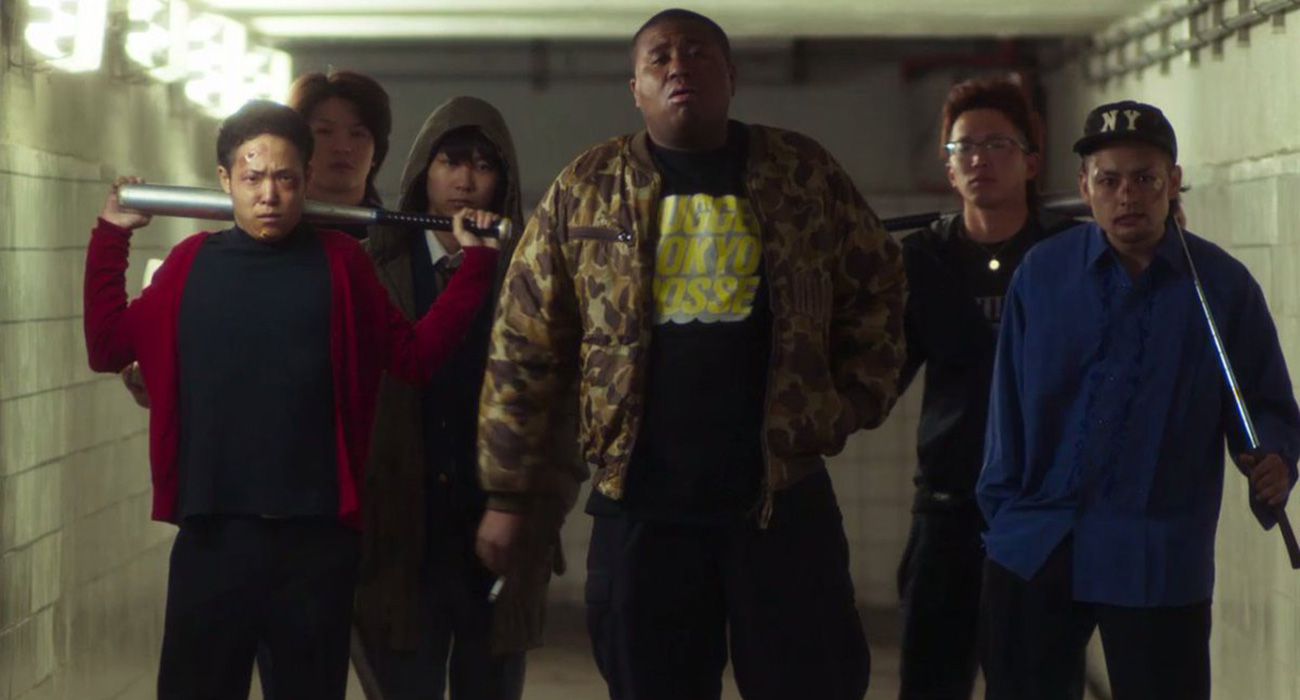 For such a wild premise and collection of characters, one might assume Love and Other Cults would exhibit an eclectic visual style akin to Sion Sono or Makoto Nagahisa. Yet director Uchida and cinematographer Maki Ito take a more restrained approach than anticipated, extracting humour from smart staging and extended holds. A seaside torturing session in broad daylight is one example, with Ito capturing the scene wide and static, adding dry humour to the absurd events taking place. A similar approach is applied to the films dramatic moments. A scene where Ai chases down a friend subtly creates tension through its simplicity – a single hand-held shot and a minimalist soundscape composed entirely of Ai’s clanging heels and distressed shouts builds towards a distressing moment which may make many uncomfortable.

A surprising sense of sobriety is also present in the film’s contemplation of identity. From the moment Ai is introduced to viewers as “Yoko the legendary slut” she is immediately defined by her multiple identities and sexuality. Bouncing from home to home, her outward appearance, name and mannerisms change accordingly. From the boisterous blonde Ai surrounded by a band of similarly obnoxious misfits to the demure and helpful adopted daughter to her classmate’s family, it is clear Ai is desperately seeking to find the sense of family and love her mother does not provide. Despite her changing outward personalities, Ito’s performance grounds the character with a sense of continuity, her loneliness and unhappiness poking out frequently beneath her numerous veneers, or, when confronted with no mask to hide behind, displayed without restriction (her whirlwind confrontation with Ryota in the third act shows an impressive range for an actress with few feature-length films to her name).

Lying beneath Ai’s constant transformations are questions of autonomy and independence, particularly when it comes to romance and gendered narrative tropes. Ryota declares that the movie is a retelling of his first love story, yet little romance or even extended interaction is communicated between him and Ai – in fact, Ai rejects his attempts to ‘save’ her. Combined with Ryota’s position as narrator, the one who tells audiences where Ai supposedly feels ‘at home’ and implies the feelings are mutual despite minor evidence, Ai’s romantic autonomy becomes problematic. This leads one to consider how Love and Other Cults’ female characters are crafted – are their character arcs for the purposes of surrounding men, or are they afforded the same self-determination as their male counterparts? One female supporting character, who is sexually assaulted as revenge on her boyfriend, disappointingly falls into the former category, but in the case of Ai the answer is slightly more grey. 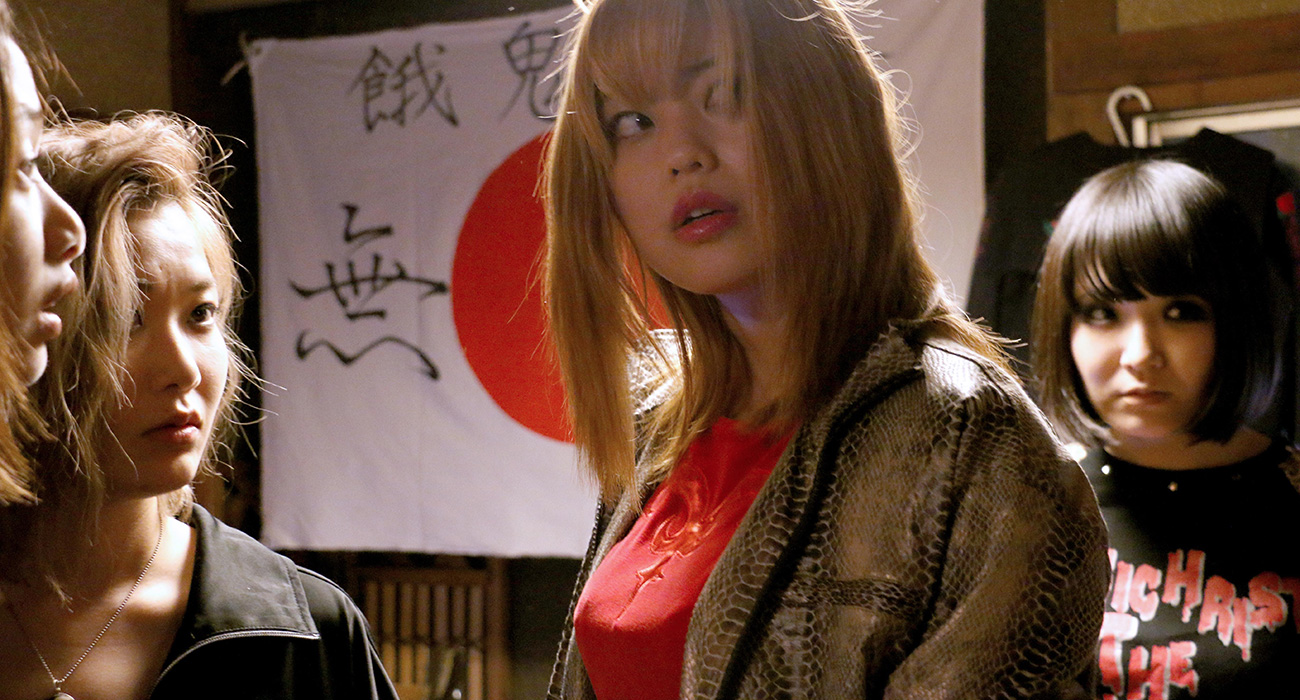 More straightforward is the character progression of Kenta, who is torn between his commitment to his gang and his romantic relationship with scuba diver Reika (Hanae Kan). Kenta is far more interesting than our lead Ryota or even outrageous gangster Yuji (whose own development is unexpectantly deep, if not extremely rushed). His struggle to let go of the brutality of gang life for love and his relationship with Reika are genuinely engaging thanks to the chemistry between Antony and Kan. It is just a shame that the film’s 95-minute runtime is so awkwardly split between Kenta and Ai’s vastly different stories, leaving the protagonist underdeveloped and often disrupting the overall flow and tone.

It is unclear to me if Love and Other Cults was able to deliver on any of its apparent promises. If it was attempting to examine the lives of teenage subjects, it is merely adequate, with uneven screen-time stunting the film’s focus and character development (especially when it comes to Ryota). If it was attempting to craft a love story between Ai and Ryota, then little chemistry between the leads and Ryota’s placid personality derails any chance of this (had the film been anchored on Kenta and Kan, perhaps it could have succeeded on this front). Ironically, its identity as a whole seems confused too – its sex-filled, delinquent narrative seems to take inspiration from ‘perverse’ Japanese cinema, but it does little to push stylistic or commentative boundaries itself. Much like its central character who drifts around chasing acceptance, Love and Other Cults too shifts around seemingly in search of some goal, but never quite reaches what it supposedly wants.