Despite the horrific circumstances which befall the victims of Japanese and Indonesian co-production, Killers, the film maintains that there still remains an element of curiosity behind why murderers do the things they do. It’s evidenced as such even in the world today – why else would people gravitate towards despicable characters like Hannibal Lecter or allow true crime books to thrive as a popular literary genre? There’s an inherent fascination that exists among people in wanting to know more about the people that kill and what can possess one to not only kill, but perhaps to even enjoy it.

The new film from Indonesian filmmakers, The Mo Brothers, asserts that everyone when pushed has a killer instinct in them and that there is a level of intrigue in relation to murder and death. 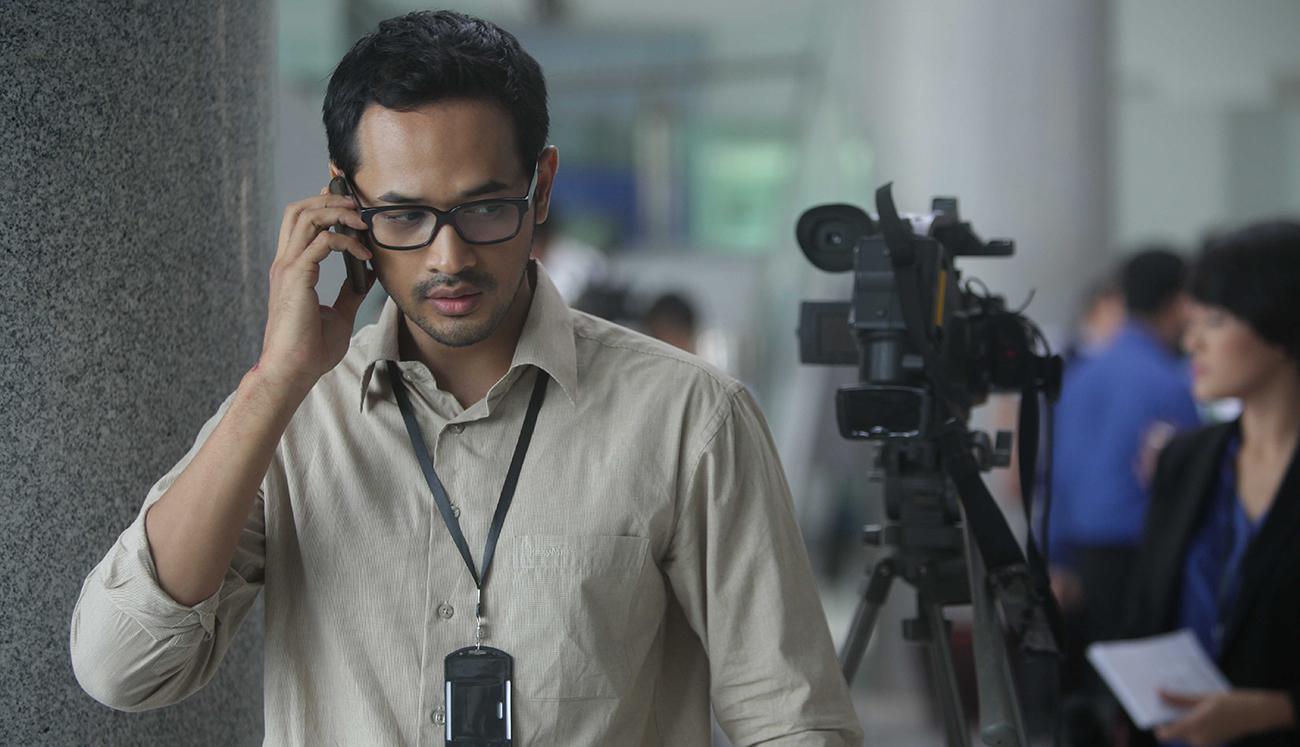 Killers is about two men – one an Indonesian journalist whose life becomes increasingly worse with every new day and the other, a suave Japanese ladies’ man who kills the women he sleeps with but not before posting their murders online for the world to comment on and see. Despite the grizzly content of these videos, the Indonesian journalist can’t seem to stop himself from watching and it isn’t long until his own killer instinct is brought out.

Though Killers can be considered quite exploitative, it certainly doesn’t lull too much and maintains a level of engagement with its subject matter. There’s an obvious point of commentary in the film that Killers’ filmmakers wanted to make known which keeps the film grounded and interesting all throughout. The idea that violent deaths, no matter what the circumstances might be, draw a level of intrigue is reinforced in the final scene of the film which involves a provocative image of a young child recording someone’s death on his own phone.

While Killers finds success with the themes it explores, it’s less successful with its overall story. Being that the film takes place both in Japan and Indonesia with two separate protagonists; it does lead to a feeling of disjointedness between the film’s dueling narratives. Though they do intersect at various intervals of the film, for the most part they’re each their own story and that’s quite possibly the largest hindrance on Killers part. That it feels like two different films in one does make it feel quite messy. 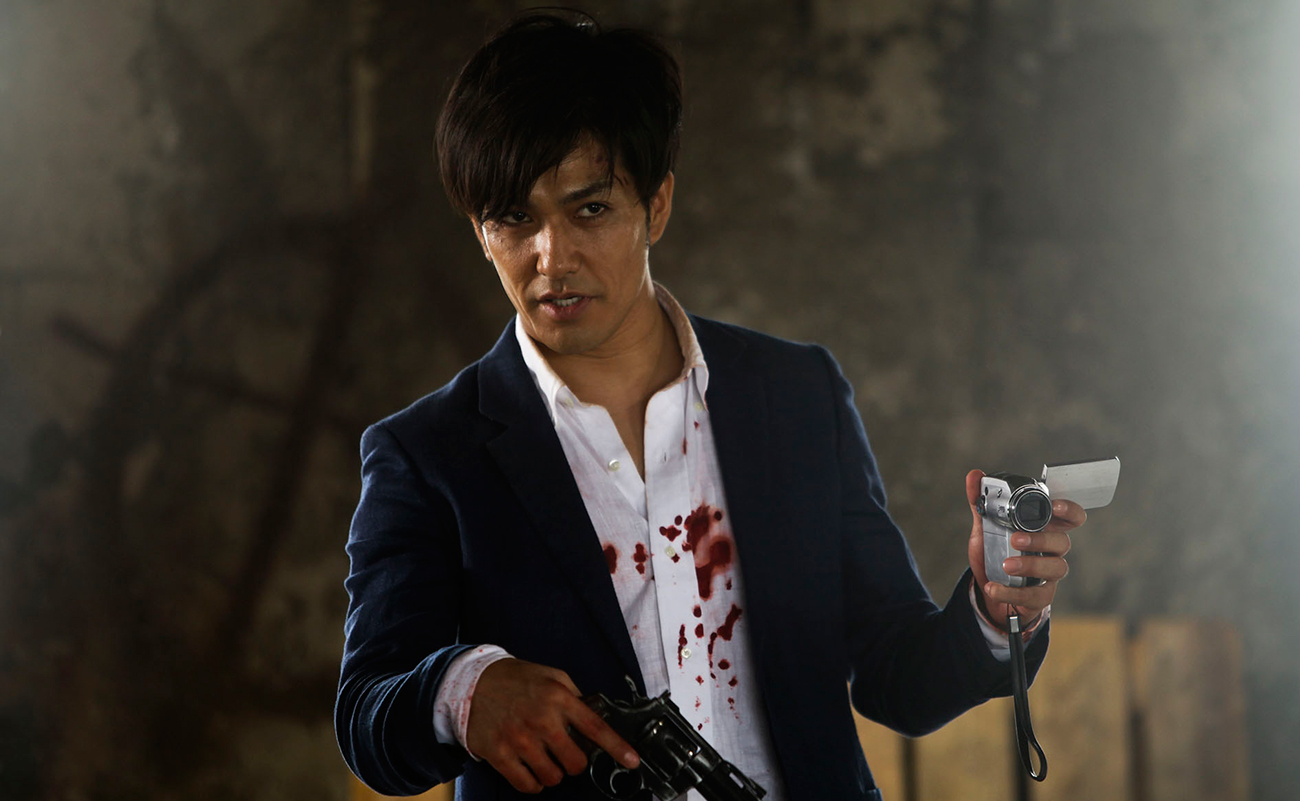 The Japanese portions of the film feel like a ruthlessly dark comedy at times with Kazuki Kitamura’s serial killer character bringing to mind American Psycho’s diabolically charming Patrick Bateman. At other points, it even functions as a slasher. Meanwhile the Indonesian portions of the film starring Oka Antara is grounded in less comical fare and is far more serious. These parts of the film follow a man who believes he’s been wronged and as a result is forced into murder simply because it was either a matter of survival or because he genuinely believed he did the right thing.

Because of its dual stories, the film does lose a fair bit of momentum by having to stop and start again after going from one narrative to the next. It also doesn’t help that the runtime of the film can really be felt as well. Standing at more than two hours long, the film could have done with some cutting down to make it an even more enjoyable product. 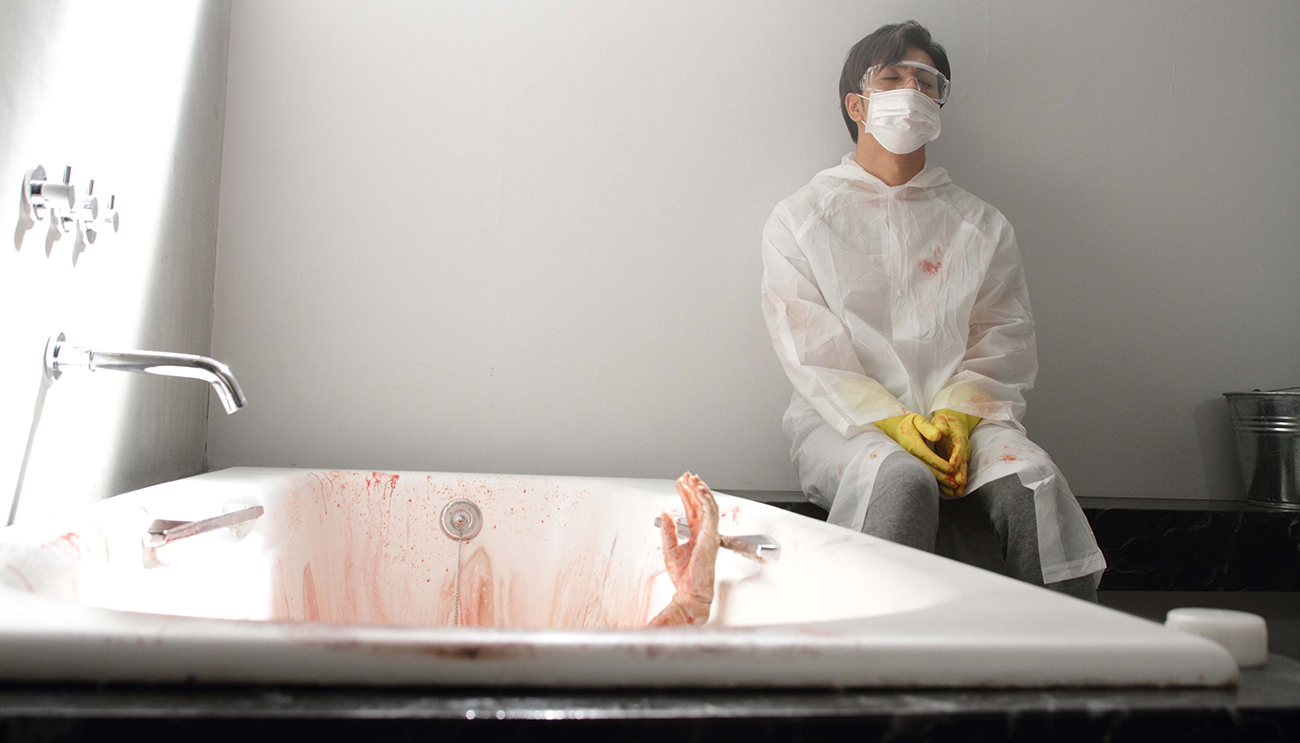 Killers is certainly interesting and yes, there are parts that might make you feel bad for laughing but these are far less than the parts that make you cringe in horror. Still, I would perhaps have enjoyed it even more were it really about two serial killers playing a game of one-upsmanship (and I’m not talking the kind that was seen in Freddy vs. Jason).

While that would likely have made for an altogether different film, Killers is nevertheless a compelling and extremely violent feature. Though it appears to be very painfully and obviously disjointed, its message is constant and thankfully this does hold the film together enough from being a completely uninteresting mess.

Currently available to own on DVD and Blu-ray thanks to Vendetta Films.