While generally handsomely made, I think most audiences have started to feel genre fatigue from South Korean cinema’s noir thrillers. There is a general sense of repetition and exhaustion of ideas. 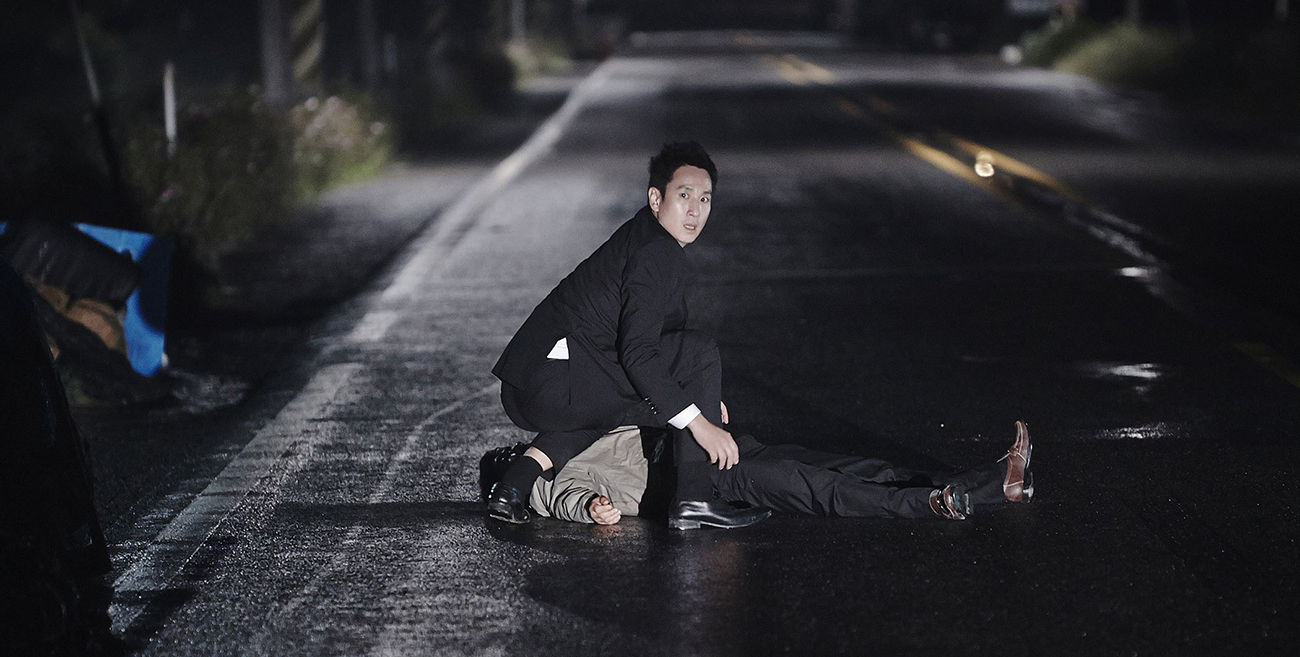 Shaking us out from this stupor is Kim Seong-hun‘s A Hard Day, a gleefully entertaining thriller that takes its audience at breakneck speed through an elaborately plotted story with just the right amount of twists and turns, a heady dose of dark humor, and features a superb performance from leading man Lee Sun-kyun. Ultimately even though it doesn’t tread new territory, A Hard Day is compelling and engaging enough to remind us why South Korean cinema has cornered the market in this genre.

The titular “hard day” is an understatement, as it really is only the start of an insane few weeks for Seoul homicide detective Ko Gun-su (Lee Sun-kyun). Already mourning the death of his mother, he gets a call by his team members to get back to the station, as internal affairs is ransacking the offices, determined to uncover the corruption in their department. In a semi-drunken panic, he kills a man in a hit-and-run accident, and desperately tries to cover it up by placing the body in, of all places, his mother’s coffin at the mortuary. What ensues is a nail-biting, harrowing and also blackly comic sequence that calls to mind some of the greatest physical comedians – think Buster Keaton. 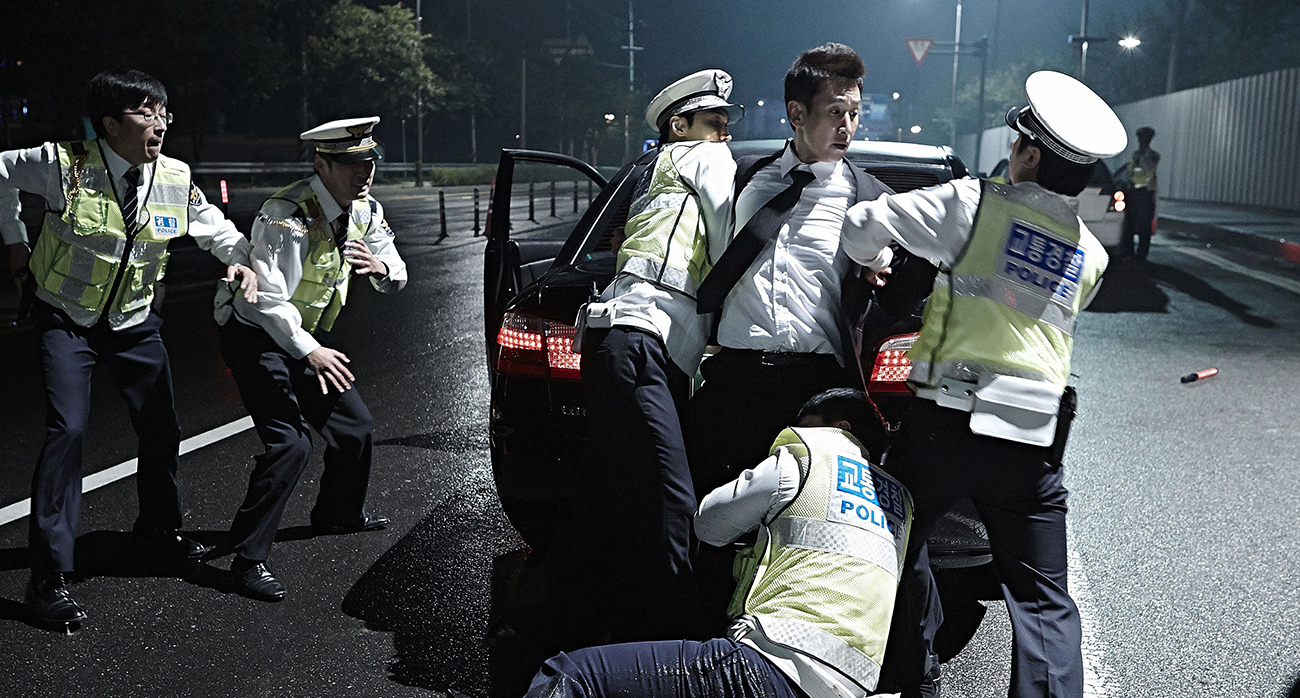 The more Gun-su tries to cover his tracks however, the more he seems to be digging his own grave, in a manner of dramatic irony. He begins to receive mysterious phone calls from a man (Choi Jin-woong) who begins blackmailing him, claiming he witnessed Gun-su’s entire crime. Revealing more after this point would be spoiling some of the most thrilling plot twists in the film, but let me just say that our mysterious caller makes for a formidable villain, with a cheerily chilling performance from Choi.

The casting of Lee Sun-kyun is what really anchors the film. South Korea has plenty of talented actors, but in the hands of any other actor, the character of Gun-su might fail to incite as much audience sympathy. Lee Sun-kyun is the perfect ‘everyman’ actor, one who is able to balance the hapless ‘human disaster’ nature of Gun-su, the sly comic tone of the film, and the darker aspects of the character, such as the greed and corruption he falls prey to. It is that kind of Jimmy Stewart-esque quality that allows him to fare so well in K-Dramas, commercial hits like 2012’s All About My Wife, and as a regular in arthouse darling Hong Sang-soo‘s work. You just have to root for the guy, even though he ran over someone and is trying to cover up the crime along with embezzling funds from the police! 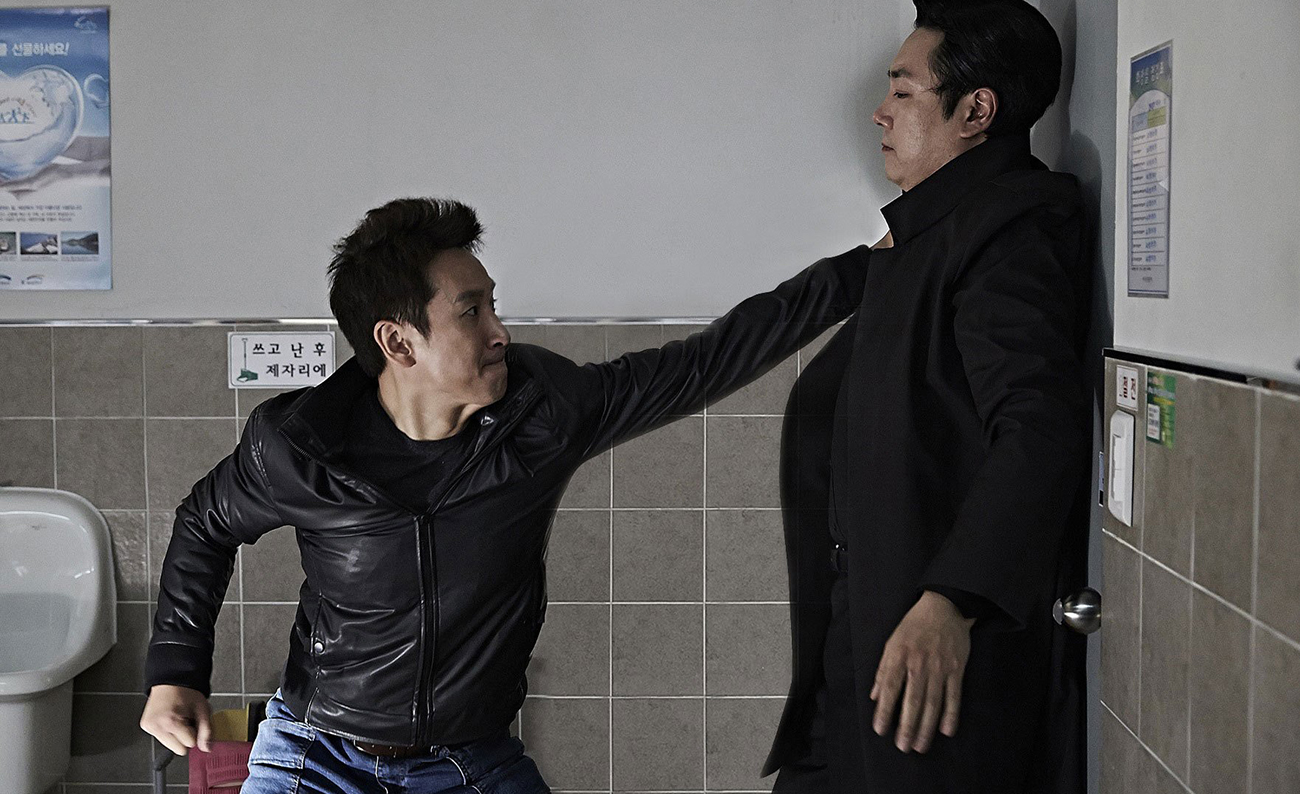 As mentioned, the film doesn’t do anything new. As much as Choi Jin-woong is a great villain, his entry into the story is where the film becomes a tad familiar. We have our showdown between our protagonist and villain, lots of twists and turns and false endings, high speed action sequences, physical fights and even an explosion! But director Kim executes it all with a deftness, grounding these possible cliches in realism with a complete lack of gimmicks.

The final scene in the film is a welcome back to the dark humor that dominated the first half of the film. The film earned a true laugh out loud chuckle from me, and one can even argue it completely makes the whole film. A Hard Day is a worthy and highly entertaining entry into the South Korean neo-noir genre, elevated by its sense of humour, razor sharp direction and screenplay and compelling lead performance.