Directed by Barbara Wong (Break Up Club, Perfect Wedding), Girls takes on a very similar style to many of her previous works with a touching and emotional storyline intertwined with some comedic twists.

Girls tells the story of three best friends and their journey to take control of their lives. There are some elements here that feel reminiscent to Korean film My Black Mini Dress (directed by Heo In-moo), which also follows a group of close friends going through their ups and downs in life.

With the director’s own appearance in the film as a character, it seems to tie the whole film together as she opens the film as a talk show host of a new series which she cleverly titles “Women’s Private Parts”. From here the film progresses with the university graduation of our three main girls, Xi Wen (Ivy Chen), Xiao Mei (Yang Zi Shan) and Kimmy (Fiona Sit). The characters and their positions are already distinct once we see Kimmy sulking over her break up with her boyfriend and tells them she wants to jump off a building. Despite this, we see Kimmy as the more fun and immature, but attractive one in the trio. Xiao Mei and Xi Wen are the more serious of the three, knowing where they want to head in the future, with Xi Wen already engaged later on with a promising job and Xiao Mei eventually getting the opportunity to direct “Women’s Private Parts”, a step further into her dreams of becoming a renowned filmmaker.

Wong uses interesting gags along the way in hopes of making audience laugh, but perhaps the humour she tries here isn’t as realistic as it was intended. Upon finding out about her fiance’s (Wallace Chung) infidelity, Xi Wen believes her life has gone downhill where she begins to fall into a dazed state. As a result, her two best friends attempt to get her out of her state by taking her shopping and swiping away her fiance’s credit card as well as taking her around in a wheelchair.

While their lives seem like fun and games, tension begins to mount later on after Xiao Mei meets the famous rock star Jiu Tian (played by Vanness Wu) and hits it off with him upon their first meeting, leaving Kimmy furious that she wasn’t able to ‘lure’ the famous star in herself and her ‘less attractive’ and naive friend was able to. This begins a very dramatic whirlwind of tension and events which brings out the flaws in Kimmy, a character that I thought was cleverly played by Fiona Sit. Although a fictional movie, there are many issues which are familiar to Girls‘ audience like jealousy, which makes it more realistic rather than an overreaction. Jiu Tian is ultimately the catalyst to the fight between Kimmy and Xiao Mei, which drives the film forward and heats up the whole atmosphere.

Like many of Wong’s films, a romance usually blossoms for one or more of the characters. It was a clever idea to include Shawn Yue‘s character Qiao Li, one with a troubled past regarding his own failed marriage and perhaps the only person to understand what Xi Wen was going through. Their romance slowly develops throughout the whole film, beginning from her emotional outburst when she tells him that she is touched that a stranger would be nice to her when she is sad (right until the end when both share a kiss, signifying their new beginning together). 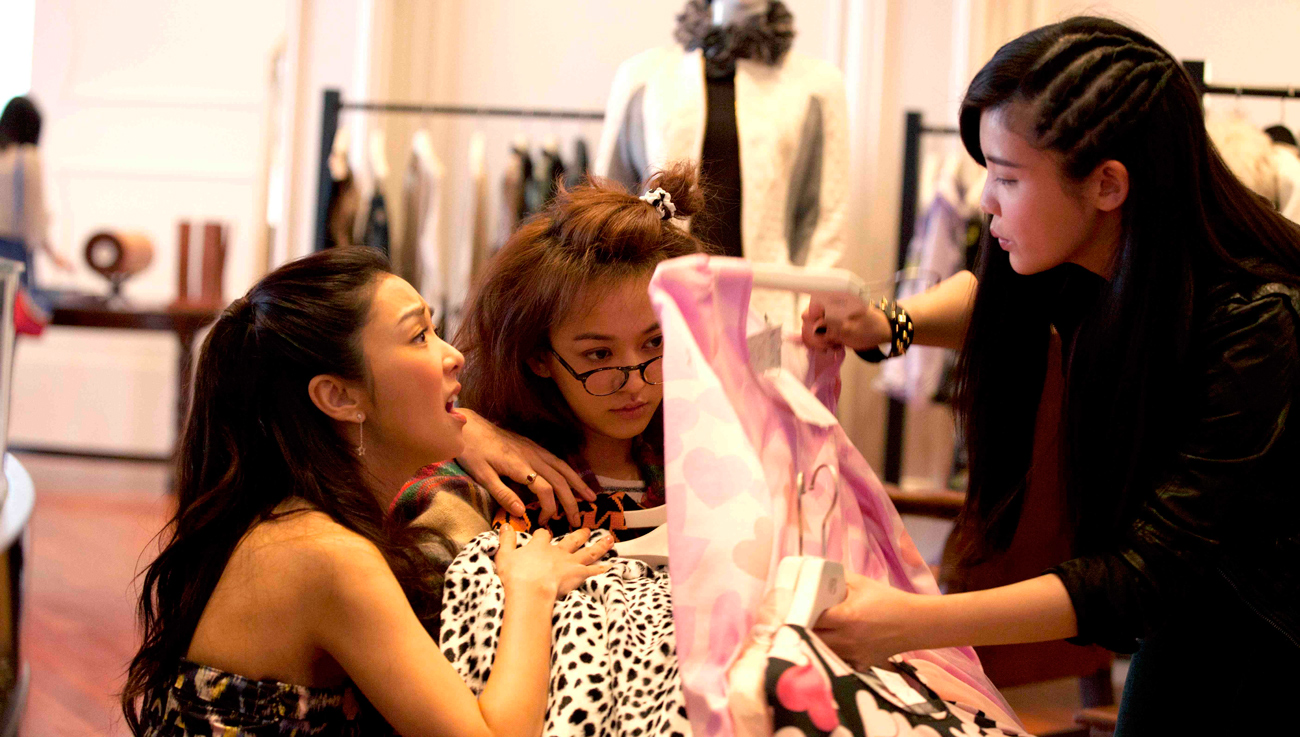 As mentioned, Fiona Sit played the character of Kimmy very well. Casting Fiona Sit, who is an already well established entertainer also, assists in making her character more likeable and we grow sympathetic of her as she is alone in many scenes, staying patient for her future but watching over her friends. Not only was Kimmy portrayed as deep and confusing, we grow to like her as the buildup of her actions show that she really does care for her friends. Although she asserts her experiences with men to Xiao Mei, who she calls naive and not compatible for Jiu Tian, her intentions to help and protect her friend are clear.

With all the drama building up, Wong’s Girls won’t fail to keep viewers entertained and is a definitely a worthwhile romance movie to watch if you’re in the mood for something light and easy.