It has been nine years since Yoo Ha took on the neo-noir and gangster genres with A Dirty Carnival and turned lead actor Jo In-sung into more than just a pretty face. He returns this year bigger and better with Gangnam Blues (or Gangnam 1970), a blood soaked gangster epic set against the backdrop of the ’70s where South Korea was rife with violence and corruption. Lee Min-ho is this film’s Jo In-sung as he defies his matinee idol good looks and gets down and dirty with this gangster tale.

At the forefront of Gangnam Blues is the story of two sworn brothers, Jong-dae (Lee Min Ho) and Yong-gi (Kim Rae-won). They are orphans who are now dirt poor adults trying to get by as best they can. Desperate times call for desperate measures as they accept a job from Boss Kang (Jung Jin-young) to join a gang in breaking up a political demonstration. In the chaos of it all, the two brothers become separated from each other. Boss Kang takes Jong-dae in as an adopted son while he himself struggles to be rid of his life as a small time gangster boss. Meanwhile, Yong-gi ends up in a rival gang and over the years he and Jong-ae end up becoming more and more embroiled in the bloody struggle between corrupt politicians over the development of the Gangnam district in Seoul.

Thematically, Gangnam Blues does not explore new terrain in the gangster genre and instead goes back to familiar themes of brotherhood, father-son relationships, greed, ambition and obsession. What Yoo Ha does so brilliantly though, is to explore what happens when these themes come to a head with each other. What happens when Jong-dae has to choose between his long-lost brother Yong-gi and his father figure? What happens when Yong-gi has to choose between Jong-dae and his own ambition? The best of Korean cinema excels by lending a deeply humanist quality to every genre and Gangnam Blues is no exception in the way it takes you on Jong-dae’s descent into a nightmarish underworld. At its weakest, these humanist qualities become lost in the film’s overwrought style where the sex and violence becomes a touch excessive.

Technically, this is a deeply accomplished film. Beautifully designed sets with attention to the period setting of ’70s South Korea is accompanied by stunning cinematography and a well-chosen ’70s soundtrack. The film is also masterfully edited and paced, such that when you reach the end you of its 135 minute runtime, you never feel like the film has overstayed its welcome. Even the elaborate fight scenes are so well choreographed that you feel compelled to absorb all that extravagant blood and violence. Director Yoo Ha has created a world that his audience will no doubt get sucked into. 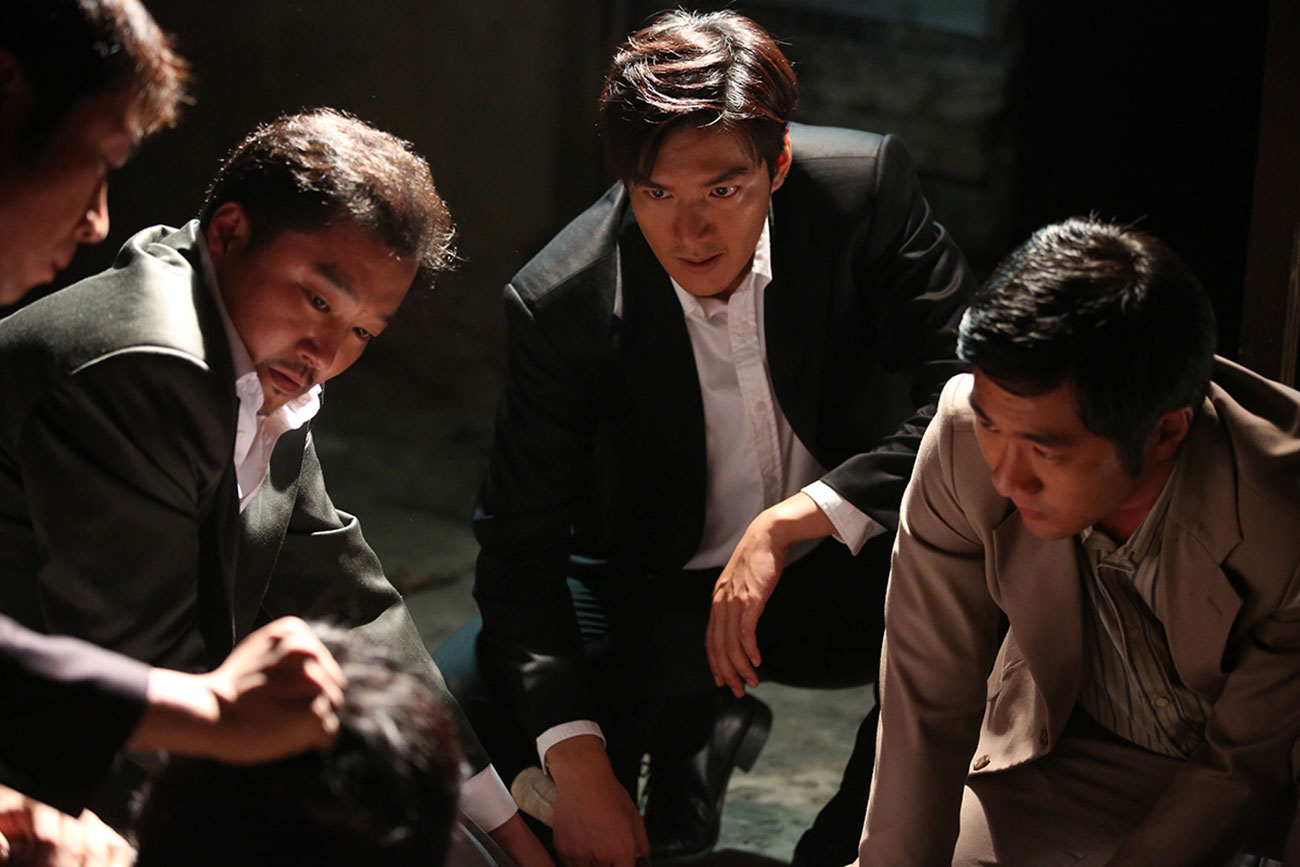 Gangnam Blues being the first leading role for Lee Min-ho in a film may come as a surprise to most who are familiar with him; the actor is a major K-Drama star with an international fan base. There is a lot of pressure on him to deliver and prove himself to be more than just a pretty face. Director Yoo Ha is smart enough to play to his leading man’s strengths. The role of Jong-dae is similar to Jo In-sung’s in A Dirty Carnival, and requires the actor to be charismatic, ooze screen presence and portray simmering emotions masked by a stoic facade, all of which Lee Min-ho pulls off well. It isn’t the most amazing performance in the world, but it speaks of the actor’s star quality to carry both the physical and emotional demands of the leading role where his presence must be deeply felt in every single scene. Jung Ji-young, a familiar face in both South Korean cinema and TV, plays Boss Kang, Jong-dae’s father figure and small time gang boss, is also particularly outstanding in a uniformly fine ensemble.

In recent years, South Korea has produced both Nameless Gangster (2012) and New World (2013), films that starred big name actors such as Choi Min-sik, Lee Jung-jae and Hwang Jung-min. Both were handsomely made films. However, Gangnam Blues is easily the strongest film of the bunch simply because director Yoo Ha’s style and direction is far more incisive than those previous works, allowing Gangnam Blues to join the ranks of films like A Bittersweet Life, Friend and Yoo Ha’s previous effort A Dirty Carnival as one of South Korea’s finest gangster films.