Review: Becoming Who I Was

Padma Angdu is your typical six-year-old kid. He dreads doing his homework. He loves to play football with his classmates. He even gets startled by the loud sound of firecrackers. There’s just one thing that sets Angdu apart, however. He is a Rinpoche, the reincarnation of an exalted Tibetan Buddhist monk. Eight years of Angdu’s life is documented in Becoming Who I Was, the first documentary by South Korean filmmaker Moon Chang-yong and journalist Jeon Jin. Jeon’s experience as a reporter particularly lends the film a sense of omniscient observance that benefits the project – rather than focus entirely on expository interviews, Moon and Jeon allow the actions of their subjects to do all the talking.

This leads to one of the most interesting aspects of Becoming Who I Was. The film does not give an overview of the Buddhist faith nor does it dive too deep into Angdu’s elite stature. In fact, the first half of the film is mainly spent on the day-to-day actions of the young Rinpoche and his godfather/caretaker, Rigzin Urgain. Chang-young and Jin turn their cameras to the softer, subtler moments these two share that mature over the film’s runtime.

The compassion between mentor and mentee is represented through their charming interactions. It’s all smiles for them as they engage in snowball fights and house chores. There is even a rather darkly humorous scene in which Urgain must leave Angdu home alone and Angdu nearly burns down the house trying to warm himself up. Through this observant attention to their relationship, we see Andgu as a human being and not as the high exalted that others regard him as. This observant attention to their loving relationship pays off tenfold in the second half of the film. 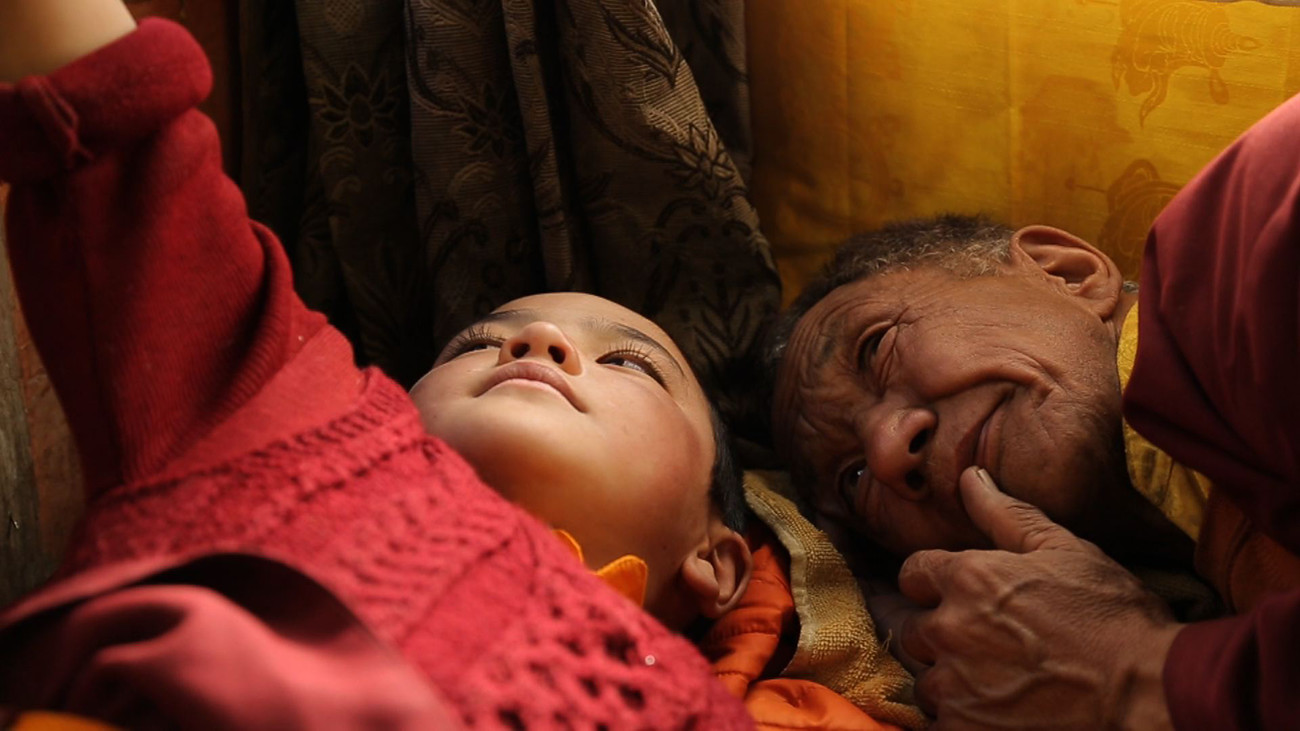 The final act of the film chronicles the fantastic journey from Angdu’s small Indian village to Tibet, where he can receive proper training. Every excruciating moment is shown as they hike 3,000 miles into a new land by foot and thumb. Directors Moon and Jeon simply follow the wide-eyed Angdu and the soft-hearted Urgain as they trudge through a land that does not welcome them.

The film smartly avoids detailing the complex conflict between Tibet and China. The feelings of anxiety and repression are shown through one poignant scene towards the end of the film where a Tibetan woman lets the tired duo into her home to rest. She warns the two about their journey and even advises them to turn back because they might be killed at the border of Tibet. The duo do not speak further, thank her for her hospitality and continue on their way.

Moments like these are so impactful yet coincidental that you could’ve sworn it was scripted. Some of it has to be seen to be believed. Becoming Who I Was is not the exposing documentary about the erratic life of a young Tibetan monk we would expect. By using Angdu’s uplifting story, the filmmakers explore complex themes of love, companionship, and oppression in a way that is remarkably ‘feel-good’. And much like Buddhism itself, it relies on speaking so much by saying very little.