Never has there been a more unsettling reference to Marilyn Monroe in cinematic history than the one in Angels Wear White, the new film from independent Chinese filmmaker Vivian Qu.

Angels Wear White opens with protagonist Mia (Vicky Chen) on the beaches of a seaside resort, a small figure next to giant plaster legs in heels. She is examining a giant statue standing astride on the beaches, an attraction for local tourists to gawp at. The statue in question is a copy of Seward Johnson’s 26 foot tall ‘Forever Marilyn’, which depicts Marilyn Monroe’s iconic pose from The Seven Year Itch, her dress billowing up. The sculpture is almost never shown in full and is always shot from between the legs in an unsubtle but suitably loaded metaphor of the dominance of a patriarchal society’s pandering to male pleasure at the expense of dehumanising women.

Who better to represent the male gaze than Marilyn, the ultimate embodiment of the glamour of womanhood? Any avid fan of Old Hollywood cinema would know that Marilyn was more than the roles she was reduced to and the persona the media gave to her. If she was not seen as a goddess, she was merely viewed as a sex symbol and rarely as a human being.

It is through this image where Angels Wear White’s thematic focus begins to take shape as Qu explores the internalised and systemic misogyny that affects all women; from the most glamorous of movie stars to the underage women in Qu’s film. 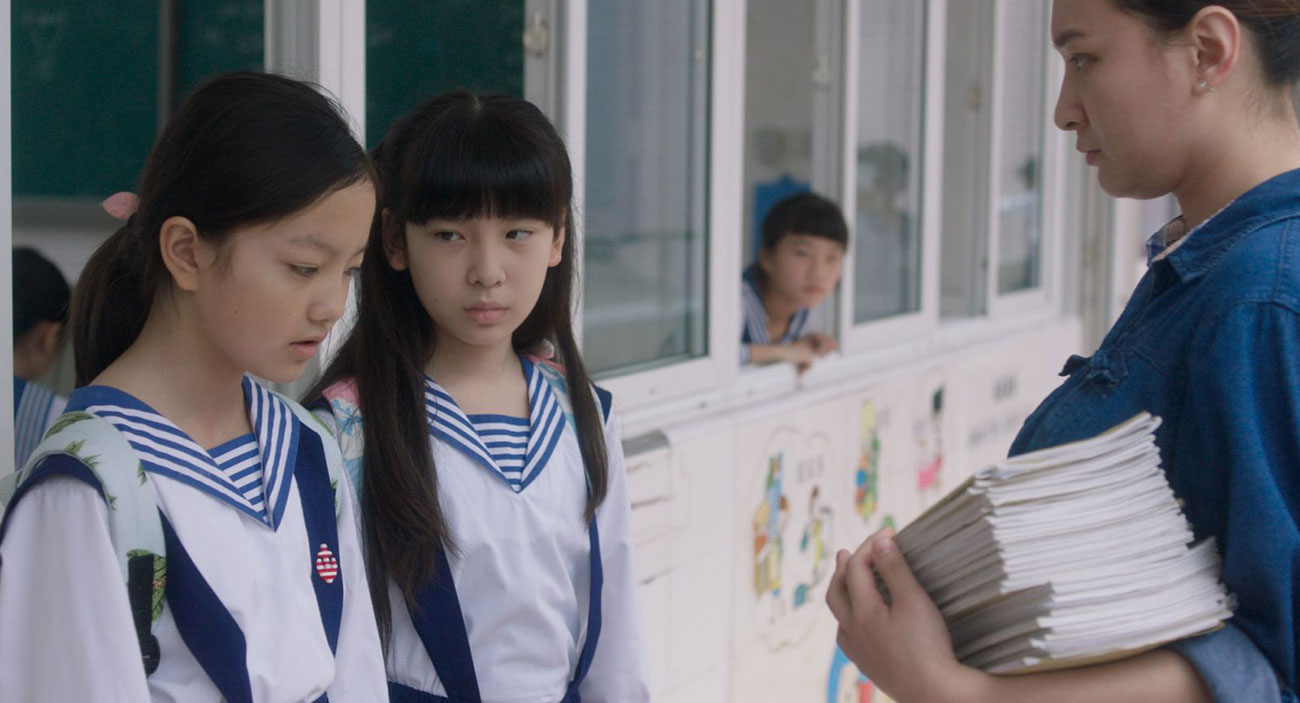 Qu’s social commentary may not appear subtle (between the giant Marilyn statue that opens and bookends the film to the giant ‘Serve the People’ sign on the wall of the police station which the camera lingers on and looms above the subjects of the film) but when it comes to storytelling, the filmmaker exercises great restraint and subtlety, balancing the film out so it never feels overwrought. It is to her credit that she never shows the sexual assault the two middle school girls endure. One can’t help but wonder if a male filmmaker would have made such a choice.

Instead, Qu focuses on the three women who occupy different roles in the legal drama unfolding before our eyes — Wen (Zhou Meijun), one of the two girls assaulted, Mia, who has key evidence damning a high-ranking police commissioner but is unwilling to come forward due to her status as an undocumented underage immigrant, and on Hao (Liu Kei), an attorney and the only moral adult character looking out for the young girls in the entire film.

For Wen and Mia, Qu and cinematographer Benoit Dervaux bring an almost voyeuristic nature to their stories, where the two girls get to be the voyeur. Their stories are told strictly through their perspectives. One scene of note is the unsettling medical examination Wen endures, where the audience only sees the line of medical staff taking turns to examine her in a humiliating exercise. By letting them have their own gaze, Qu gives Wen and Mia some agency in a situation where they are virtually powerless. Also notable is Qu’s choice to deliberately obscure the attacker on camera, thus never giving the character the power to truly define himself within Wen’s stories.

Still, Angels Wear White can be frustrating as a viewer as Qu explores the inadequacies in finding justice for these women and their powerlessness. But not all hope is lost as the last scene suggests. Against a backdrop where women are devalued and exploited, Mia breaks the cycle by escaping a situation where her virginity is to be sold off so she may obtain the ID card she needs so desperately to work. 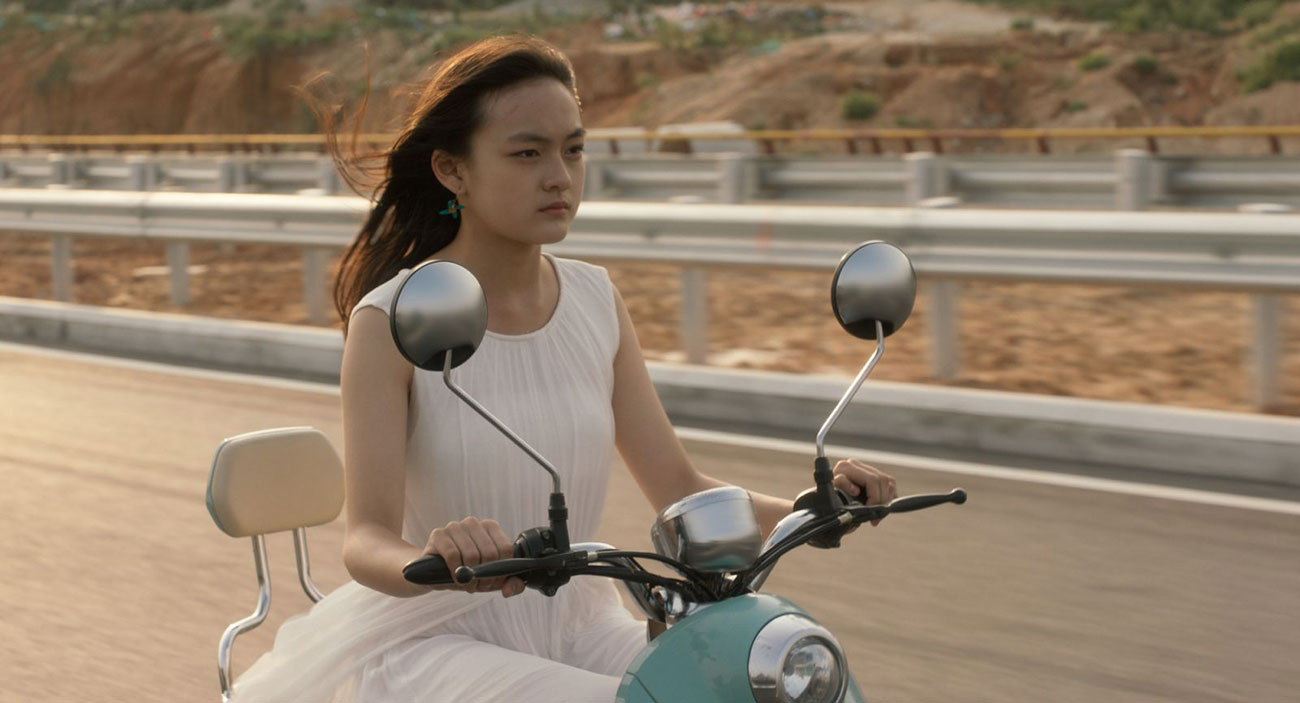 Qu allows the entire scene to play out in its entirety: from Mia climbing out of the window in her flowing white dress and breaking the lock to obtain a scooter to driving down the highway in what has to be one of the grimmest references to Audrey Hepburn in Roman Holiday. Mia escapes with her dignity and self-worth intact, but the final image sees her witness the disembodied, vandalised parts of the giant Marilyn statue being driven away for disposal. It is a harsh reminder that, in our patriarchal society, once women outlive their beauty, youth and purity (‘virtues’ that are all tied together for male pleasure), they also outlive their purpose and worth.

Women also wear white a lot in this film—from Marilyn, to the virginal imagery of brides on horseback on the beach, to Mia’s virginal white dress in the film’s final act. Historically and culturally, white dresses have been loaded with symbolism and often signify female purity and virginity. With Marilyn’s dress, there’s a playful subversion, but in context, she is viewed as an angel, a goddess, which itself is a regressive way of viewing women. The bottom line of Vivian Qu’s message is that women are human—not angels, not goddesses, and they deserve to be treated to with the same basic respect and decency as everyone.

When it comes to telling the stories of sexual assault, female filmmakers tend to focus on the aftermath, from dealing with trauma, healing, and the justice system, as Qu does in Angels Wear White, whereas male filmmakers often take sadistic pleasure in female pain, dressing it up as ‘gritty social commentary’. This can be seen in the different ways sexual assault is portrayed in popular TV shows such as Jessica Jones (helmed by women) versus Game of Thrones (helmed by men).

Angels Wear White premiered in the wake of the Weinstein scandal back in October 2017 during the Venice Film Festival. Much of its early coverage associated the film with the #MeToo movement and the exposure of rampant sexual misconduct and gross abuse of power across all industries. These are all themes that Vivian Qu tackles head on, but it’s important to note that Chinese female filmmakers have been challenging Chinese state censorship by exposing female degradation as a result of a corrupt justice system for years. There’s Li Yu’s Lost in Beijing (2007) and Wang Yi -chun’s What’s in the Darkness? (2015). Vivian Qu just happens to be one of the many talented female filmmakers that seek to bring light to these difficult subjects. She deservingly went on to win the Golden Horse Award for Best Director in a female-dominated competition. Perhaps male creators like David Mamet and Brian De Palma would do well to remember that it they want to shed light on sexual assault, they should allow women to tell their stories instead of exploiting their pain and taking their voices away from them again.