Those who can read Chinese will immediately note that A Wedding Invitation‘s Chinese title, Breakup Agreement, doesn’t quite match up with that of its English title. Despite this conflict of interest, you could happily assume that with titles such as these that this film might turn out to be just another sappy romance story about two lovers and all the cliche trappings that follow. And that’s completely true – this movie is totally sappy, heartbreaking and touching all at once but does include an interesting turn of events in the form of its break up agreement.

Starring Eddie Peng as Li Xing and Bai Baihe as Qiao Qiao, the film sees the two unfortunate lovers become divided after Qiao Qiao’s rejects Li Xing’s marriage proposal, simply because there’s no diamond on her ring and because he doesn’t have enough money to buy her dream wedding dress. While this may portray Qiao Qiao as a gold-digging woman, let me reassure that isn’t the case. Truly, both characters (and actors) demonstrate great attraction and chemistry – a relationship that really feels true to the type of  romance these films often portray. Upon breaking up, both Li Xing and Qiao Qiao sign a ‘breakup agreement’ which states that if both sides are single after five years then they are to marry. 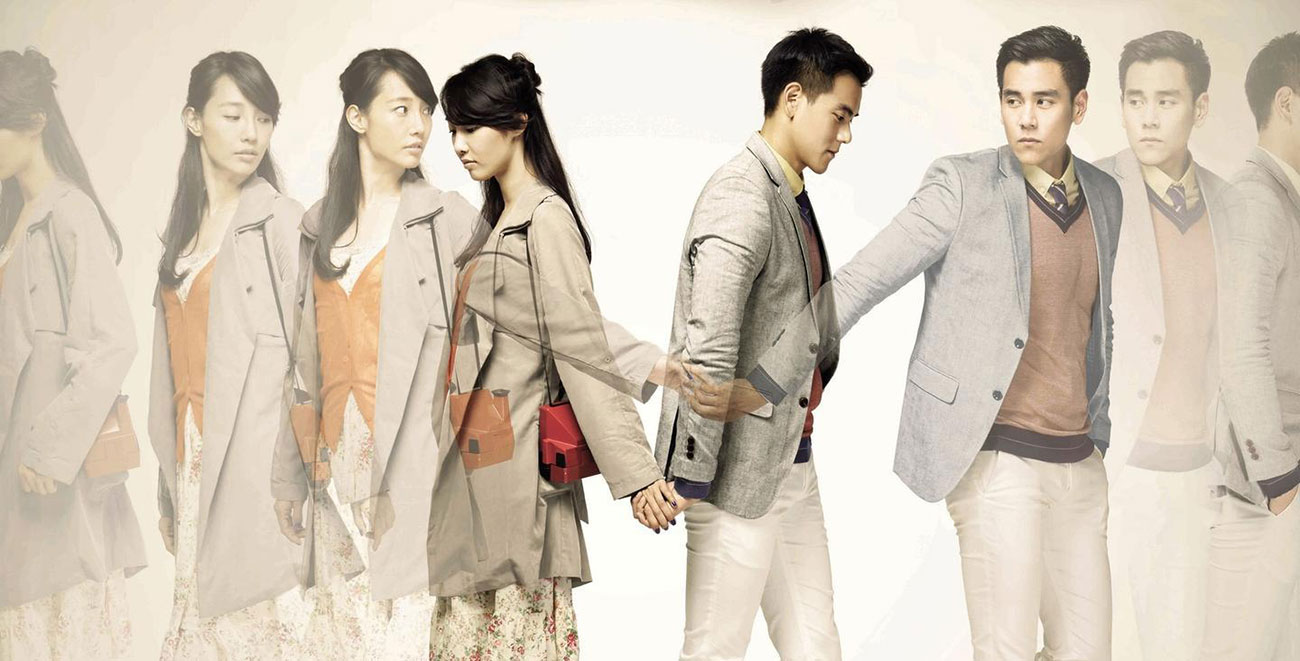 Like most romance films, there’s going to be a problem in this plan. Five years down the track, Qiao Qiao receives a call from her former flame (or perhaps her heart still fuels for him!) who invites her to attend his wedding to another woman. With so many twsits and turns intertwined into a fairly unique storyline, this is partly what makes the film an amazing melodramatic production!

Having said this, the relationship between Li Xing and Qiao Qiao doesn’t seem to be realistic in our modern setting. Two lovers with ambitious qualities and no apparent struggles during their time together? It’s too perfect! When both sign the five-year pact to pursue their careers, Li Xing becomes a famous chef and Qiao Qiao becomes a famous designer. Who knew that after their break up, they would both end up well off and renowned for their work? 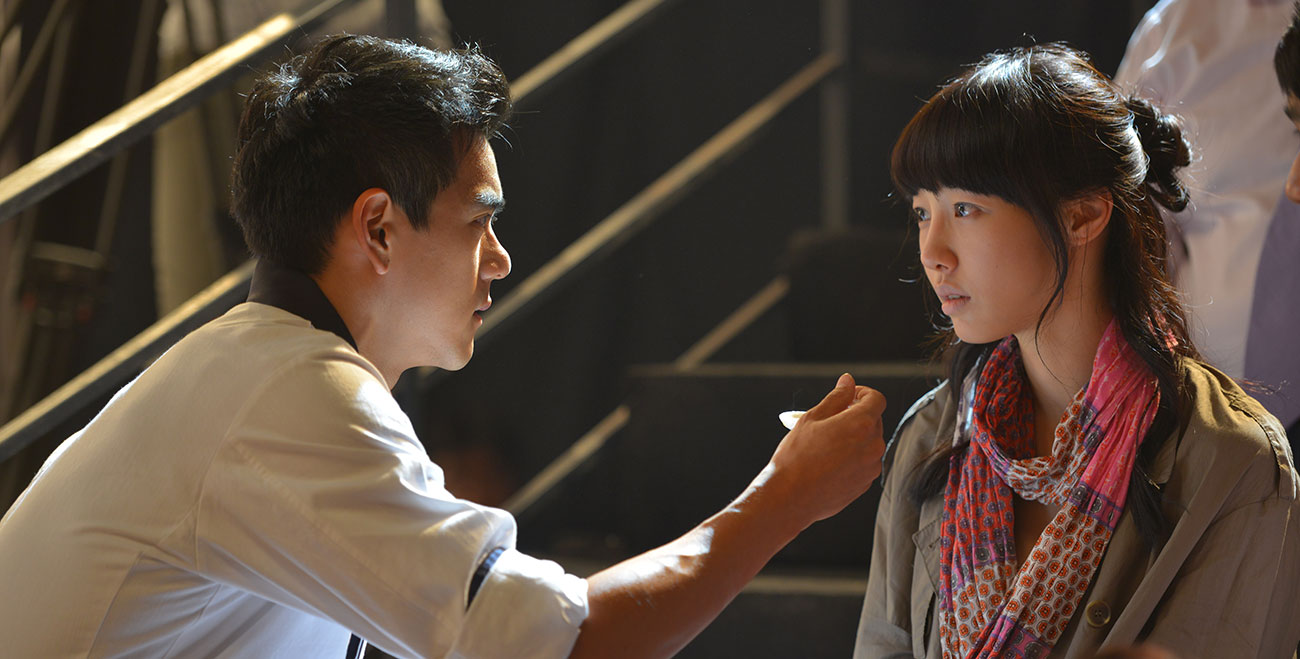 The film relies heavily on cliche to drive it forward. I’m sure many girls want a gay best friend and Qiao Qiao has one, played by Jiang Jin Fu as Mao Mao. Meanwhile, Li Xing is a handsome chef with a rippling body and owns a restaurant with almost 3 Michelin stars whereas Qiao Qiao has her very own arts display show. Too cliche, too perfect. Such cliché and perfect lifestyle is likely to guarantee a happy ending, but this is not the case.

Going against the norm established in other conventional romantic films where viewers suspect a happy finish, A Wedding Invitation manages to dramatically twist into something unexpected and heartbreaking. Despite its unrealistic setting and storyline, I feel that the film works quite well this way and is as equally as intriguing as othertraditional rom-com movies. The relationships seem unrealistic and we are forced to believe that the ending will be happy but its climatic moment towards the end bends the romantic formula in films – an appealing notion especially considering how invested I was with the outcome. 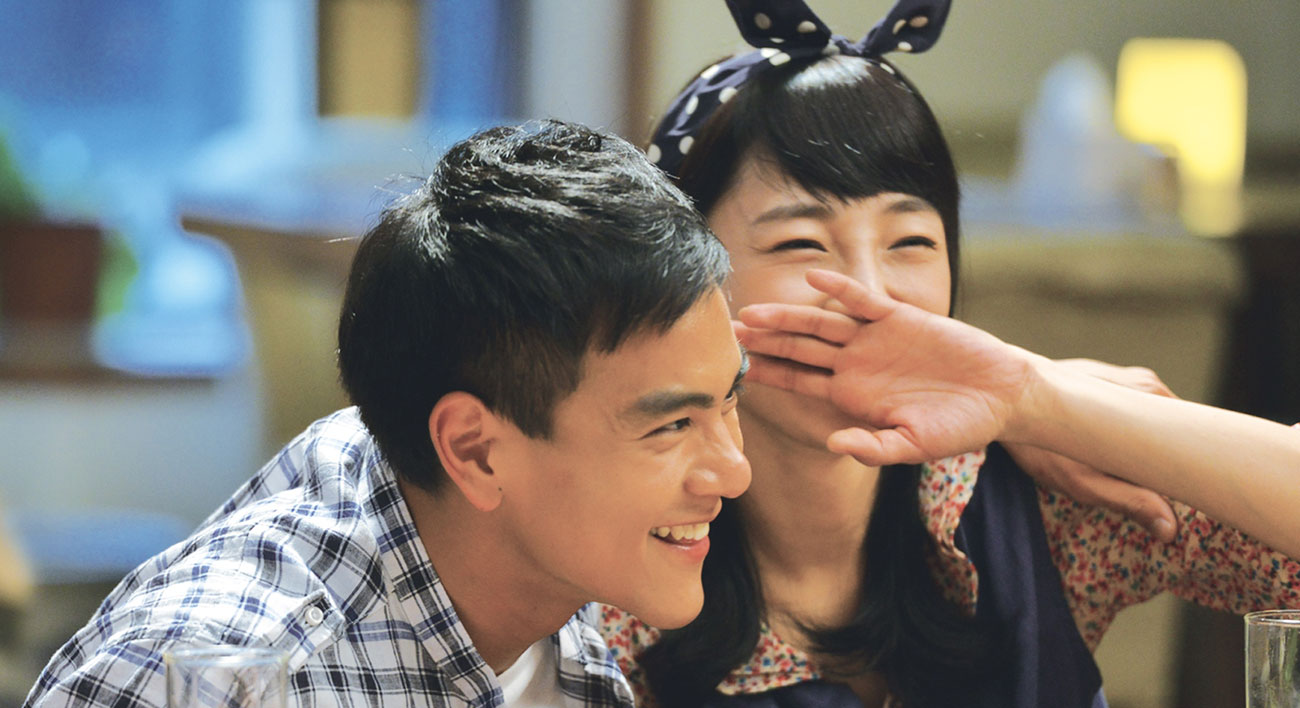 I can’t help but feel the Korean influence on the film also helped shape the production. Featuring a Korean crew and director in Ki Kwan-oh, the film’s style is quite similar to many other Korean romance films yet also distinct enough stand out on its own and be original. I applaud the efforts of director Oh and everyone involved in the making of the film as they’ve turned in a rather touching product.

As my first film by director Oh, I’ll admit I was not disappointed from this film; in fact I was very pleased with the way how it turned out. The actors all executed such convincing and flawless performances that tied into the storyline. Though it may feature an unrealistic setting, A Wedding Invitation’s play on genre expectations help make it a great film.