How much money would you need to be offered in order to help others not as talented as you cheat at school? One thousand dollars? Ten thousand? One million? The answer to this question, as posed by Nattawut Poonpiriya’s film Bad Genius, depends on where you sit on the greater economic scale. The lower your standing, and the more desperate your desire to rise above it, the easier it may be for you to ignore your scruples for the chance at getting your hands on life-changing amounts of money and the attendant freedom it brings.

Lynn (Chutimon Cheungcharoensukying) is a fiercely intelligent student who is all too well aware of the sacrifices her single parent father has made for the sake of her education. When she is accepted into a high achieving private school on a scholarship, Lynn assumes that their money troubles will be alleviated. But when she discovers that the school has been requesting her father pay exorbitant extra fees that she sees as being no better than ‘tea money’, she begins to contemplate a way that will make things easier for her family: supplying test and exam answers to other less academically successful but far wealthier classmates for a price.

At first, Lynn is only interested in helping her friend Grace (Eisaya Hosuwan), the sole person who showed interest in Lynn when she started at the prestigious school, and who needs to keep up a certain grade point average in order to be allowed to participate in school plays. Lynn concocts a clever ruse involving an eraser to help Grace pass a test she was bound to fail. But when Grace’s boyfriend, the supercilious Pat (Teeradon Supapunpinyo), finds out, he not only sees a means of raising his own grades to please his parents, but to make money by using Lynn to uncover and then sell the answers to the biggest, most life-changing exam available – the STIC, or SAT test, which is needed for admittance to American colleges. 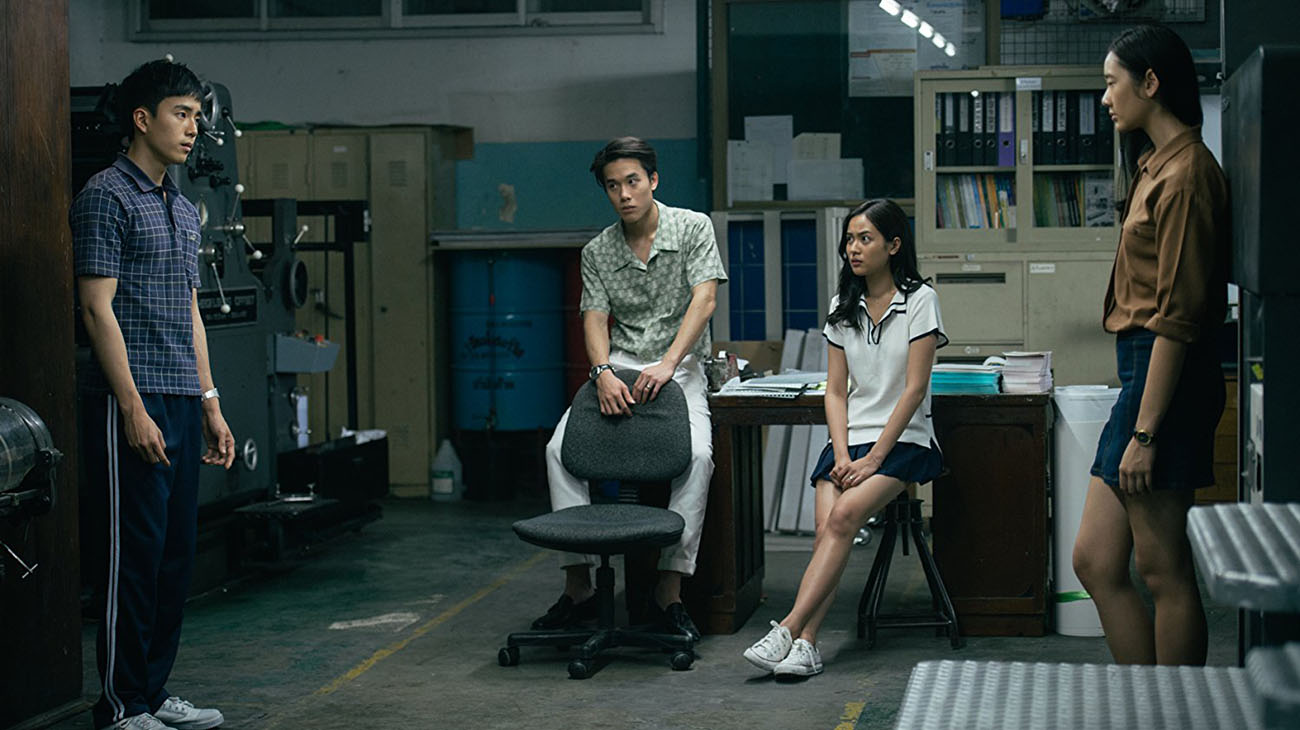 It really cannot be overstated how much sheer fun Bad Genius is, a stylish, tension-filled ride that effortlessly rolls up elements of crime dramas and teen flicks and somehow ends up making taking exams look akin to badass, edge-of-your-seat action. But what’s even more interesting than the high entertainment value is the social commentary weaved through the film that has some harsh things to say about wealth disparity, and how hard it can be to live an honest life in a dishonest world.

Lynn, Grace and Pat are eventually joined in their scam by Bank (Chanon Santinatornkul), the school’s other scholarship student. Bank, somehow even more awkward than Lynn and from an even poorer background, is initially disgusted when he discovers that Lynn is allowing others to cheat off her brilliance. Bank is naïvely honest to a fault, but he soon learns that honesty only prevents people like Lynn and himself from receiving the opportunities their intelligence should afford them – the system is stacked against those who can’t pay. “Don’t you see that if you don’t cheat, life cheats you anyway?” Lynn says to him during one of their many verbally charged scenes together.

The disadvantaged Lynn and Bank are therefore set in an uneasy alliance with the well-off Pat and Grace, a partnership that is constantly filled with tension. The desperation of poor students whose extreme intelligence may not be enough to help them escape the station they were born into runs smack bang into the desperation of highly privileged kids whose parents have bought them their way into prestigious schools and they simply can’t be seen to fail.

It’s a dark background of realism to have propping up what is essentially a heist caper, but it is what makes Bad Genius so compelling against similar films. The gleeful tension that propels you through the film – often expressed so powerfully through the frantic and suspenseful use of sound effects like breathing, pencil-tapping, clicking, and even motor-scooters revving – is so tight due to the fact that both Lynn and Bank have the potential to lose everything in a way their partners Pat and Grace clearly can’t comprehend. The latter would experience embarrassment and shame at the revelation that their grades were falsified, sure, but for the scholarship kids their chance at a better future would be wiped out in an instant. 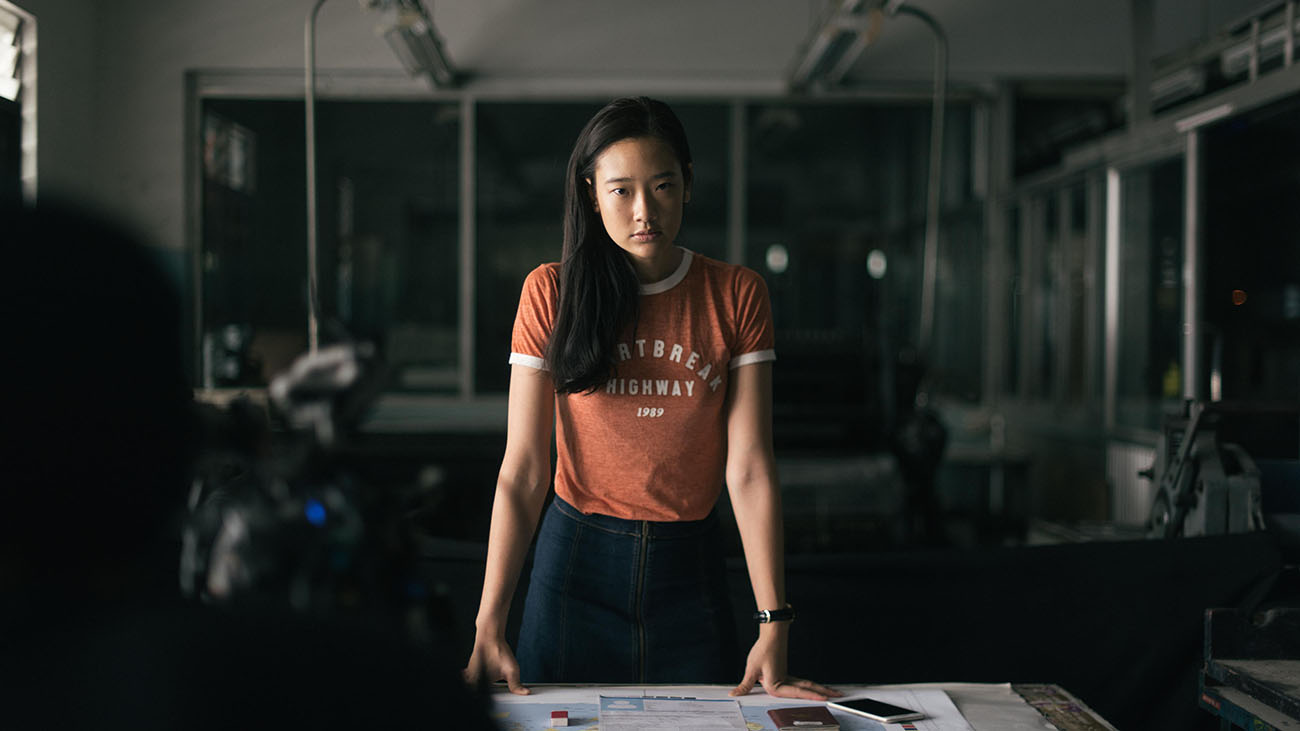 Even the rich kids are stuck in a system of greater economic want – they desire to achieve the grades that will allow them to leave Thailand for the US and even greater prosperity. What makes Bad Genius even more starkly grim in the face of its storytelling exuberance is the suggestion even from the film’s opening scene that any striving of those lower on the scale to scam those above them is doomed to failure.

Bad Genius’ sole major flaw is one common to many Asian films – the English language speaking actors who appear in the film’s climatic STIC-taking scene set in Sydney are cringe-worthy in their wooden and unnecessarily loud delivery, particularly in comparison to the young Thai actors who are all uniformly fantastic – that this is Cheungcharoensukying’s film debut beggars belief given her performance’s strength and nuance. Props also should be given to Thaneth Warakulnukroh, who portrays Lynn’s father – his scenes with Cheungcharoensukying are some of the film’s most touching, and it is refreshing to see such a rich father-daughter relationship explored.

Poonpiriya has crafted a film that has not only smashed box offices in Thailand and across Asia, but has the very real potential to make waves across worldwide film markets. When the inevitable American remake comes it’ll be sitting in a long, dark shadow – Bad Genius succeeds not just due to its unashamed ambition, but because it is a resolutely Thai film dealing with issues of Thai society. And that is what makes it so exciting.