MIFF 2016 Review: What’s in the Darkness

First time director Wang Yichun doesn’t answer the question of what lies in the darkness in an expected way. Instead, she cleverly disguises what could be a standard murder-hits-small-town crime drama into something far more nuanced by choosing to focus on a young girl’s coming-of-age against the backdrop of fear and paranoia. Instead of your usual “every town has its secrets, we all have a dark side” revelations, Wang digs deeper to unearth that the seeds of cruelty and violence start with patriarchy and authoritarianism.

Drawing from her own memories growing up in a small town in Northern China in the ’90s, What’s in the Darkness follows Qu Jing (Xu Siao Tong), a teenage girl who enjoys singing pop songs on rooftops. But we know immediately that this isn’t your usual coming-of-age story as the film opens with Jing and her father (Guo Xiao) examining a pig carcass with not a hint of squeamishness. 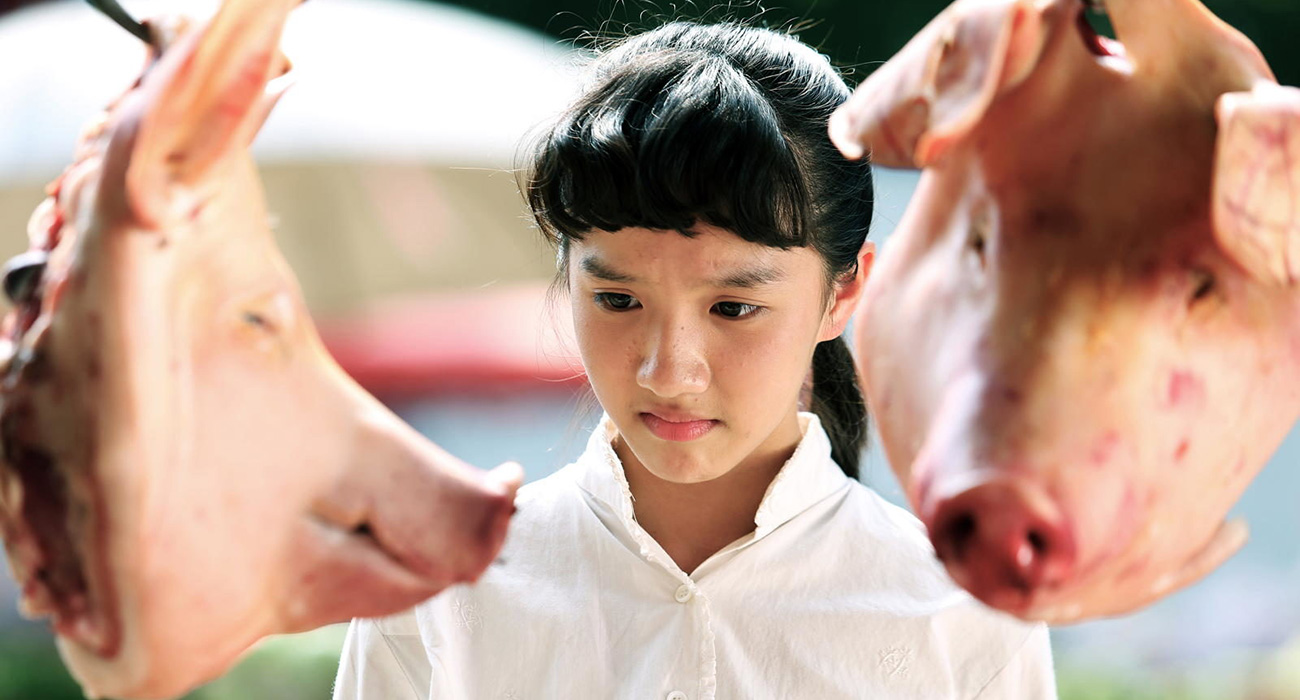 When a raped and mutilated body is found abandoned in a field, it sends the entire sleepy town into a frenzy. Jing’s curiosity is piqued to do her own sleuthing as her father is on the police force and she sees him as a bit of an embarrassment. In fact, her father is the only one on the force that is looking for substantial empirical evidence in the investigation as opposed to the rest of the police force’s medieval methods of torture. These are the same police that confiscate pornographic tapes from youths, but can’t hide their glee at the find. Wang is unflinching in her criticism of the corrupt authoritarianism in Chinese society.

Wang also uses Jing’s coming-of-age to highlight the double standards and prudish Confucian morality women face in this sexually repressed society. Jing only has a dictionary to inform her of what rape is, pregnancy books as a source of sex ed. In one particularly ironic scene, Jing’s father picks her up on the back of his bicycle, and insists she ride sidesaddle instead of spreading her legs as she’s a ‘young lady’ now. Just a few scenes later, he calls her a ‘little girl’ to warn her against the dangers of cycling near a deserted lake.

Jing’s father clearly loves her very much, and their contentious relationship between a teenage girl and her father is one of the highlights of the film, so it is distressing to see him berate and suppress her as all he sees is danger in her budding sexuality. Su is a natural performer but is particularly compelling in her scenes with Guo as they make up the emotional core of the film. In a heartbreaking scene, dad yells in a fit of anger after he discovers Jing on a date, isolating her even more from him and driving her closer to danger. 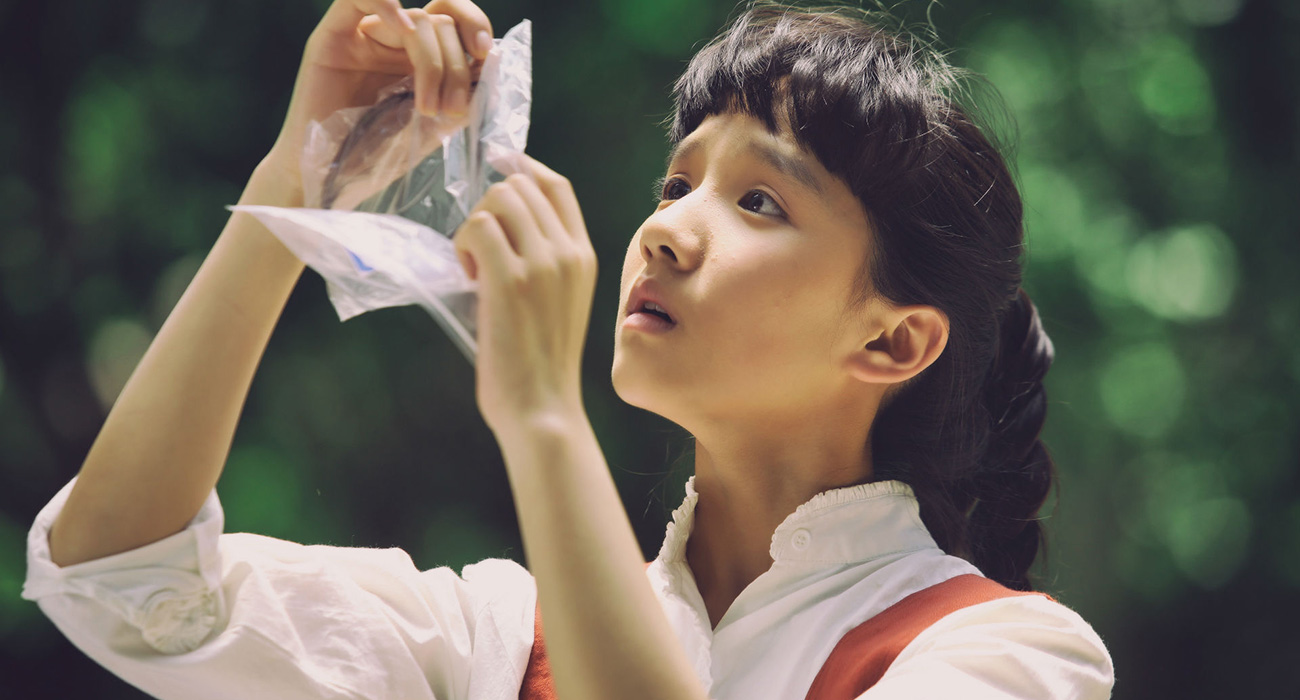 Then there’s the age old ‘Bad Girl/Good Girl’ rhetoric. Jing befriends Zhang Xue (Lu Qiwei), the school ‘bad girl’ because she hangs around with older boys, does her hair and is essentially coded as the town jezebel. Jing is both fascinated and wary of Zhang Xue, her own views of womanhood essentially tainted by the puritan morals of the town. Zhang Xue refuses to conform to the rules, and when she disappears, the morally self-righteous teachers show no concern for her. The hint that Zhang Xue found her way out of this oppressive environment instead of being a victim of sexual violence is a hopeful and welcome touch, especially for our protagonist Jing, and the scenes of the two cycling together and the bicycle takes on new symbolism at this revelation. Wang’s writing for Zhang Xue and Jing individually, and their friendship also shows a distinct female touch, in that she shows care for her female characters and their relationship and refuses to regard them as disposable the way a male filmmaker might approach such characters in a crime drama.

The story of What’s In the Darkness is very much Are You There God, It’s Me, Margaret meets Nancy Drew, but is sharpened into something more sinister and complex as it looks like Wang drew thematic cues from Michael Haneke‘s The White Ribbon to tell the story of how the repressive nature of this society breeds violence and misogyny. The rustling wind in the deserted fields and voyeuristic camerawork create a sense of unease and reinforces her notion that evil is an ever present force even in the most mundane of places. 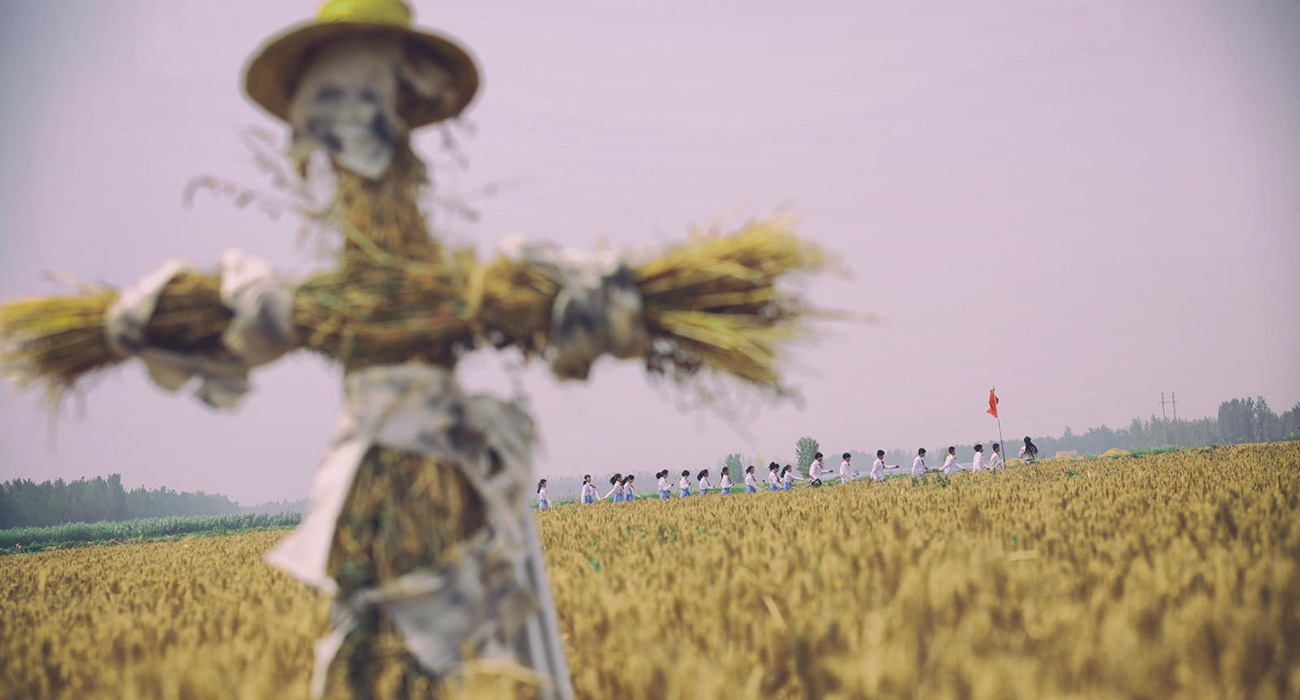 Wang is unrelenting in her social commentary as she alludes that every man could be capable of such evil by poising them as a possible suspect. Visually, the muted cinematography, use of the rural landscape as well as the subject matter of the film is reminiscent of Bong Joon-ho‘s Memories of Murder. But Wang makes the film her own with a lighter tone using Jing’s relatively normal coming-of-age juxtaposed against the dark themes. The one flaw of the film is its abrupt ending. The story’s open ending is very much intriguing, but the choppy editing leaves the film wanting.

Still, this is a deeply promising and focused debut for a film that has to do the tricky balancing act of combining two seemingly disparate plots into one narrative. That image of a teenage girl singing blissfully on a rooftop as the deserted field around her rustles ominously is one that will unsettle and haunt for a long while.