When it premiered at 2014’s Busan International Film Festival, Kim Dong-myung’s The Liar was critically praised and won the prestigious Daemyung Culture Wave Award. A critical look at status and materialism in modern South Korea, The Liar is a story of duality and societal pressure deserving of its international acclaim.

Ah-young (Kim Kkobbi), a beautician in her 20s, is introduced as a confident woman comfortable with twisting the truth while purchasing expensive goods with stolen money to gain the praise and admiration of salespersons and her fellow employees. Despite maintaining the façade of a glamorous lifestyle to those around her, including her car salesman boyfriend Tae-ho (Jeon Sin-hwan), in reality Ah-young lives a more mediocre life looking after her alcoholic sister and distant brother. Soon enough, Ah-young’s lies raise the suspicion of her co-workers and boyfriend until her house of cards predictably crumbles, forcing Ah-young to confront herself and discover who she really is.

Director Kim and cinematographer Lee Sun-young skilfully incorporate The Liar’s themes of veneers and double-lifestyles into the cinematography, which purposely switches between two distinct styles throughout the film. While smooth lingering shots of Ah-young are used when she successfully convinces others of her false affluence, moments of tension for Ah-young, such as being questioned over contradicting stories by her co-worker, are shot close-up and handheld. The effective switching between the impersonal wide shots and more frantic, yet intimate, handheld style never feels jarring, but rather appropriate considering The Liar’s theme of upholding appearance and status at all costs.

Consistent across both shooting styles is Kim’s skilful use of framing. Almost all of The Liar’s scenes begin not with an establishing shot, but rather Ah-young framed in windows or doorways. I speculate that it may not only be Kim’s intention to make audiences feel as though they are physically following Ah-young — emphasising realism and audience involvement — but to also communicate a sense of isolation in the modern materialistic world, a point made increasingly clear as the film progresses. It is this layered approach that makes The Liar’s cinematography so brilliant, with its focus firmly on subtextual meaning and character-building rather than purely aesthetics. 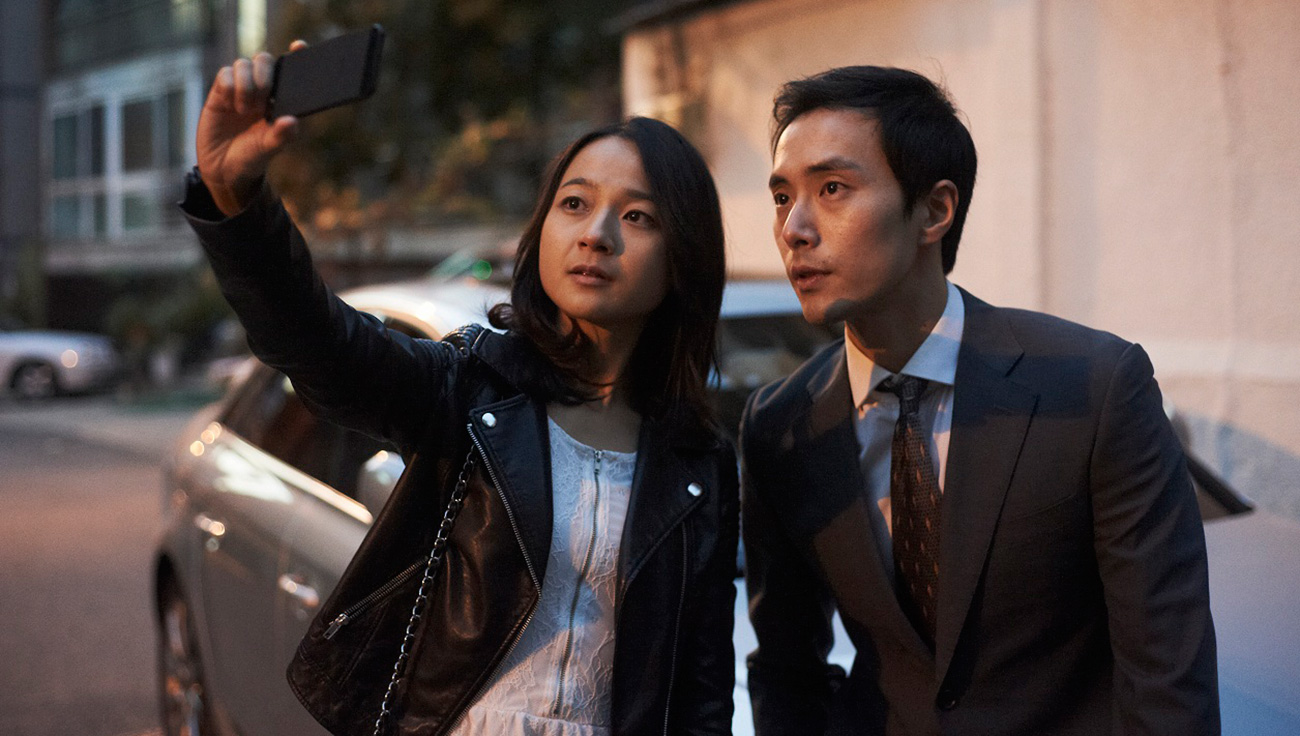 The meaningful use of contrasting technical elements in The Liar also extends to its sound mixing and design. The film’s sound mixing suggests that the pressures of modern industrialised Korean life are ever present and escapable. Ah-young’s trips to shopping centres and car dealerships are all accompanied by the sound of traffic and crowds, often mixed louder than the dialogue. While also contributing to The Liar’s less-than-subtle social commentary, the busy soundscape of early scenes emphasises the importance, and emotion, of later silent scenes.

Although the score is unremarkable, consisting almost entirely of simple piano pieces, it is used sparingly and to good effect. Its minimal use not only emphasises The Liar’s realistic approach, but also assists the audience in recognising important story moments which otherwise could go unnoticed due to the film’s slow pace. This unconventional use of sound mixing and score is initially distracting, but ultimately serves The Liar’s focus on realism and social commentary. 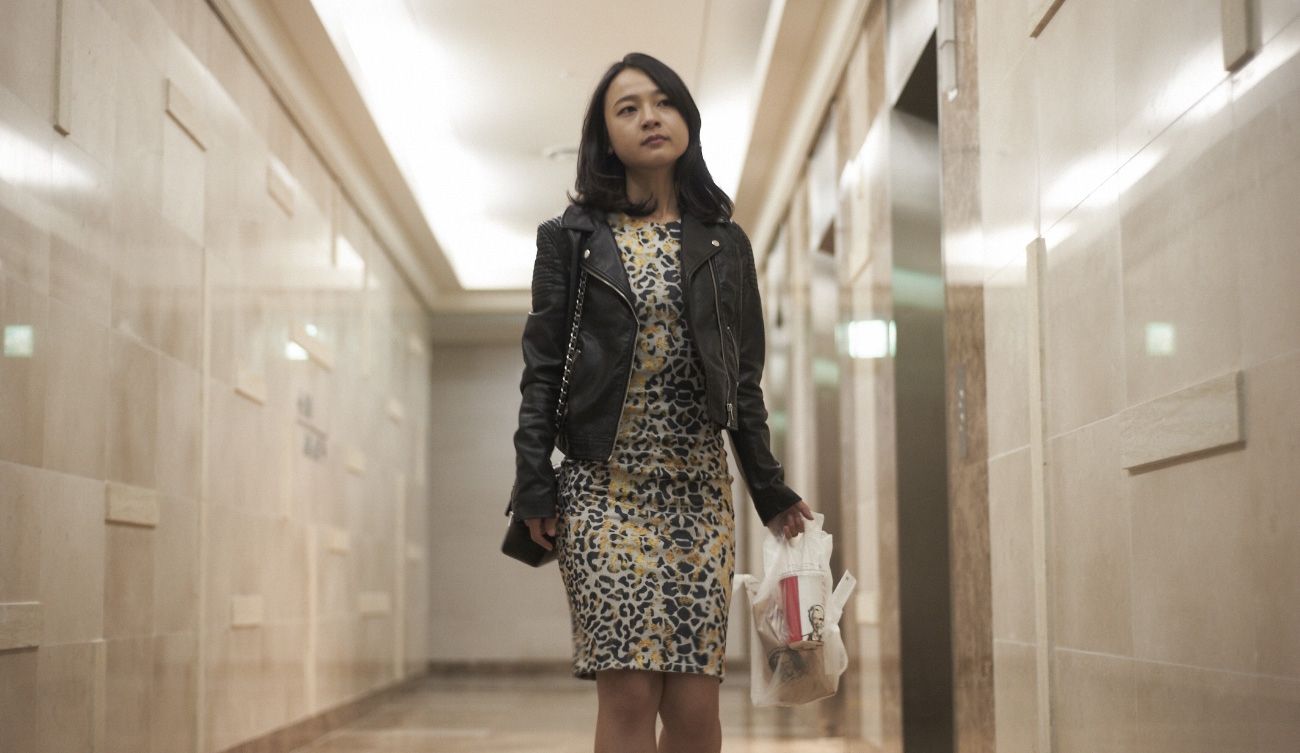 Despite a small cast of supporting actors who are serviceable in their simple roles, The Liar’s standout performance belongs to the lead Kim Kkobbi. Her performance as the pathological liar Ah-young carries the film through its extremely slow first two acts. Quiet moments of subdued emotion are portrayed perfectly, while her third-act breakdown shows the actress’ full range. Despite the instability and somewhat inherent unlikability of the boastful criminal Ah-young, actress Kim brings a sense of humanity to the character.

Although lying and double lives are not ground-breaking story elements in cinema, the intertwining of biting social commentary and technical aspects makes Kim Dong-myung’s The Liar feel unique and fresh. While some may be turned off by the film’s slow pace, largely unrelatable protagonist and ambiguous ending, The Liar’s sometimes heavy-handed use of themes concerning modern living will intrigue and satisfy those after a thought-provoking character study and critical drama.