The Assassin, Taiwanese art house director Hou Hsiao-hsien‘s foray into the wuxia genre is exactly how you would think a wuxia film directed by the Taiwanese filmmaker would be. Director Hou’s take on the genre is melancholic, pensive, and withholds more than it gives answers. But above all, it is a humanist piece of work, because director Hou is a deeply humanist director.

Firstly, audiences need to know that The Assassin is loose in plot, but also complex in terms of covering the politics during the Tang dynasty’s decline. This can be difficult to follow for audiences unfamiliar with Chinese period films. Furthermore, The Assassin’s lack of expositional dialogue or plot to fill in the gaps that audiences may be searching for in terms of its “story” can lead to frustration.

But by turning one’s attention to the Mandarin-Chinese title of the film “Nie Yinniang“, the name of the film’s protagonist, we turn our focus to the mysterious and emotionally elusive titular assassin of the film. This in itself isn’t the easiest task as Yinniang is a woman of few words. We learn that she was taken from her parents as a child and raised by the Princess-Nun Jiaxing who trained her to become an exceptionally lethal assassin. 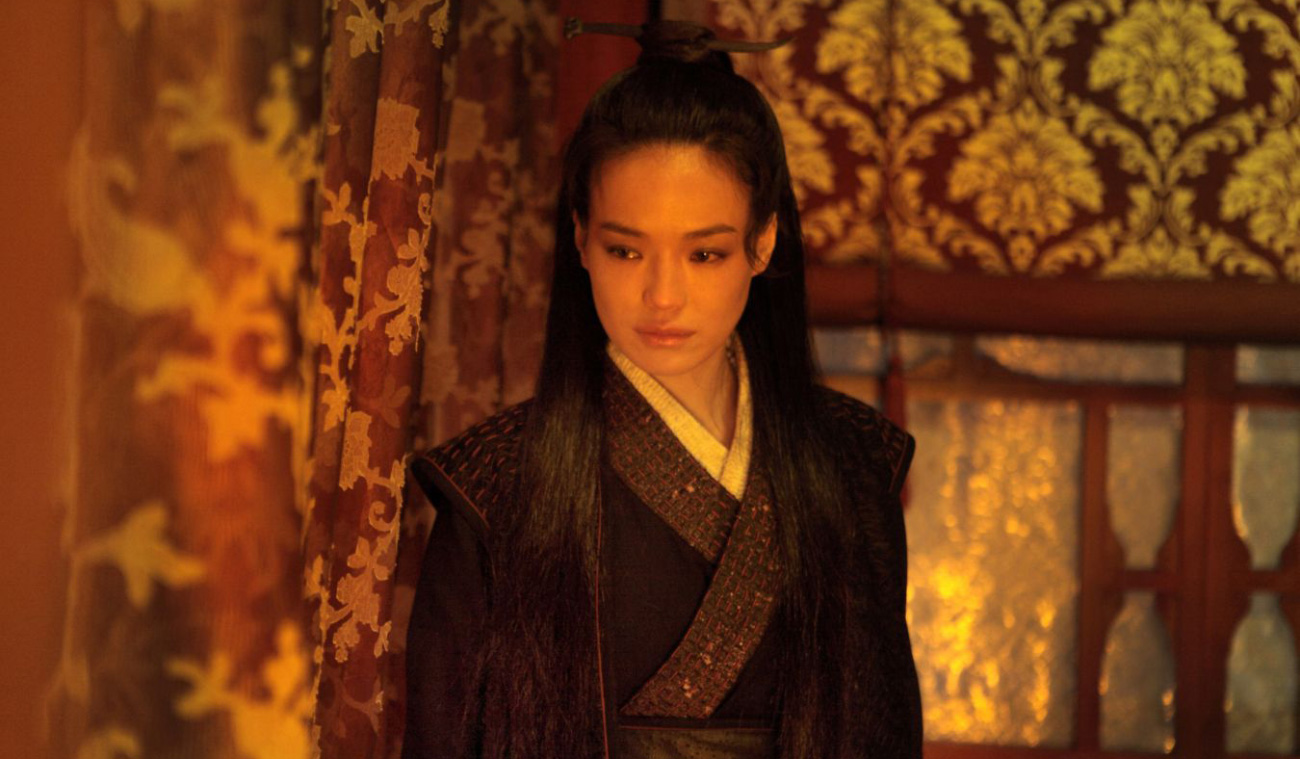 In the opening prologue — an absolutely stunning sequence lensed in high contrast black and white and in the Academy ratio — we witness Yinniang’s skill as she kills a man on horseback. But after this, we quickly see another side of Yinniang. She is tasked to assassinate another official but doesn’t finish the job given the presence of his young son. Yinniang reports her reasons to Jiaxing, who believes the assassin’s inability to steel herself is a sign of weakness and promptly sends Yinniang back to her hometown of Weibo where she is ordered to assassinate the governor Lord Tian. The film then opens in colour and widens slightly to the 1.85:1 aspect ratio, and we are taken from the pastoral landscapes to the court of Weibo. Yinniang makes her presence known to Lord Tian, but never goes in for the kill, instead waiting on rooftops and hiding in corners observing Lord Tian’s court.

We later learn that Lord Tian and Yinniang were once betrothed, but his mother, the Princess Jiacheng broke the arrangement, which resulted in Yinniang being sent away to the Princess-Nun Jiaxing (Princess Jiacheng’s twin sister) to train as an assassin instead. Throughout the film, Hou reinforces the importance of a folktale about a bluebird who cannot sing after being taken away to sing in a palace. It is notable that when the story is told, it is the only instance where the film widens to the widescreen 16:9 aspect ratio. 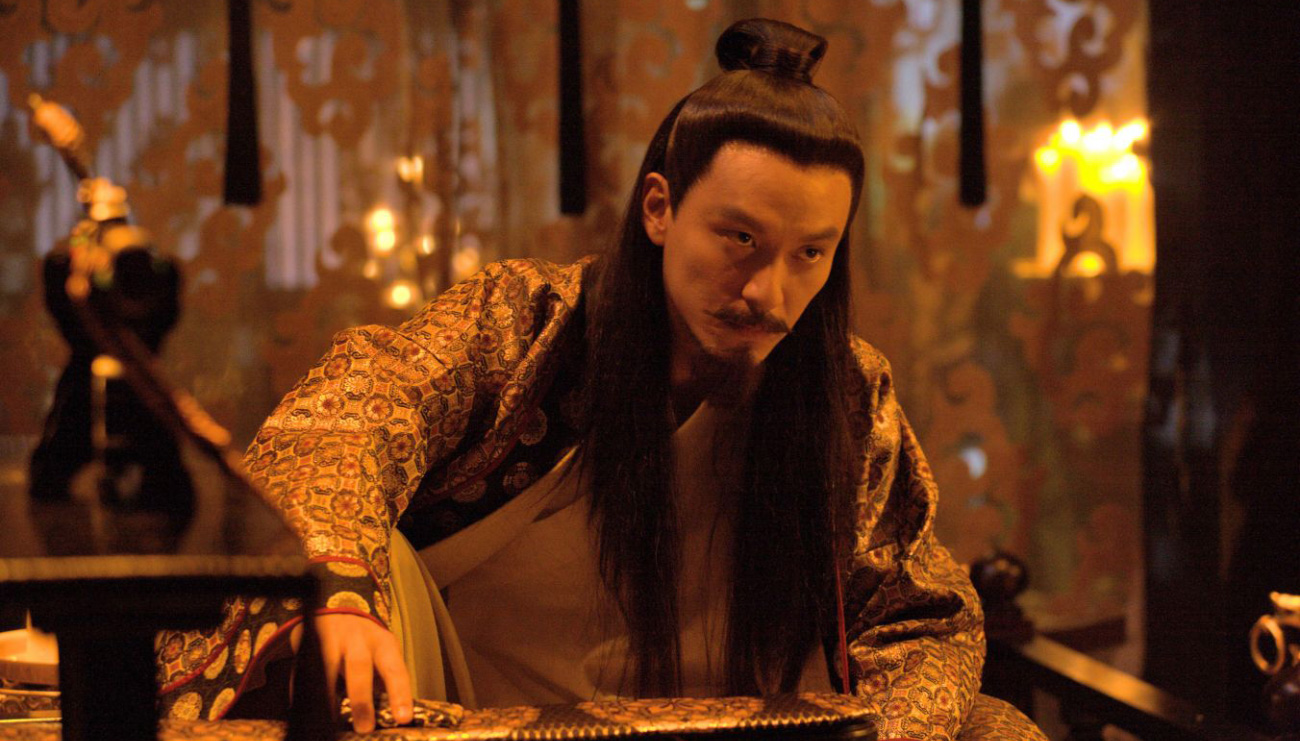 My interpretation of the film is thus derived from the significance of this folktale, the film’s Mandarin title (in contrast to its English title), and the fact that the film is populated by women. Hou is telling a tale about one woman, Nie Yinniang, and how, like the bluebird, she has been displaced all her life. First as a child, whisked away from her parents to train as an assassin, then, once again being again taken from everything she has known all her life and thrust back into her family home again. And yet, Yinniang endures with quiet strength and makes her own decisions with a moral and pure heart. From her inability to kill the official with the child at the beginning of the film to the saving of Lord Tian’s concubine, these are all choices made not out of weakness but through strength —  a strength of her character that is exhibited through her decisions on what it means to take another’s life.

The aspect ratio is therefore appropriate. The almost squared aspect ratio in the prologue represents Yinniang’s limited world view, which is further emphasied through its visuals being rendered in black and white while slightly wider aspect ratio demonstrates her expanding worldview. And yet, the folktale is also broad enough that it is possible to read that all the women in the film can also be the trapped bluebird (Princess Jiacheng, Lord Tian’s wife, his concubine etc). Their actions therefore provide a sharp contrast against Yinniang’s, and yet director Hou, who wrote the film with three other writers, never casts them in a judgmental light, instead highlighting the constraints all these women face in their society. 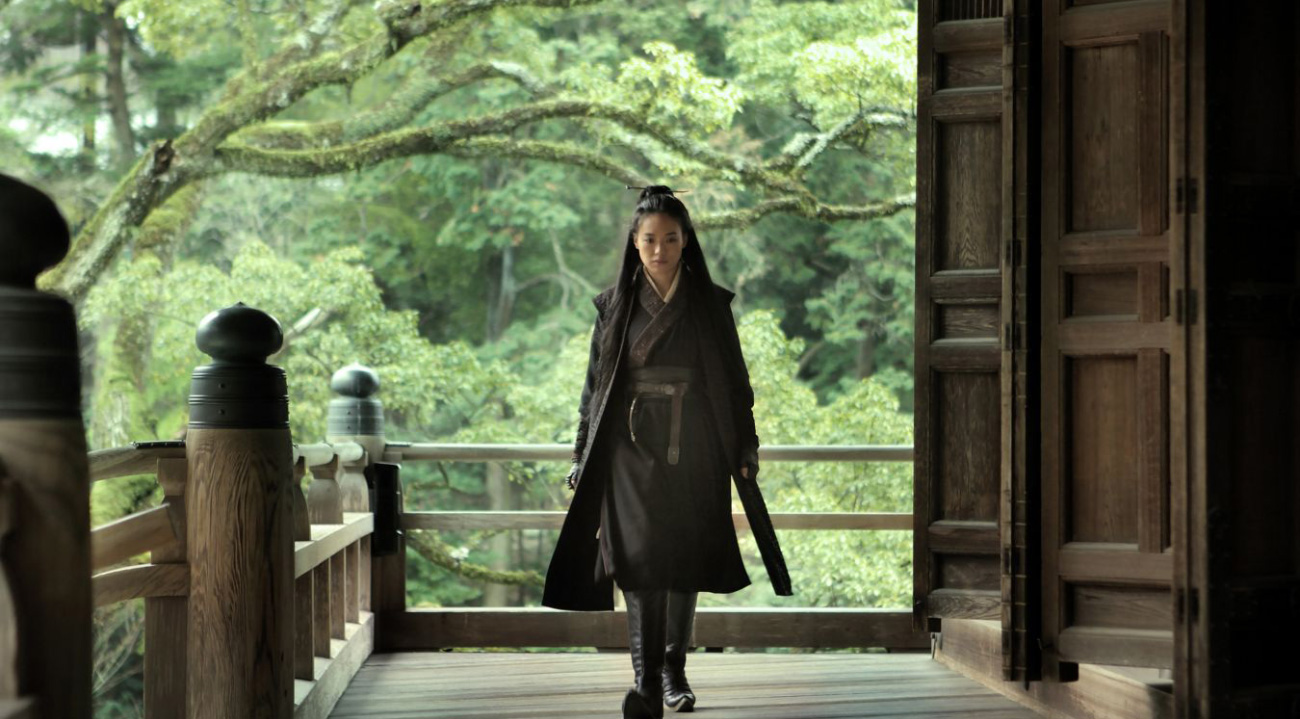 Shu Qi, in her third collaboration with director Hou (and who has become somewhat of a muse to him) lends immense gravitas to the role of Yinniang. Director Hou stated at the Cannes press conference that Shu Qi had come to the point of her maturity as an actor to be able to play the role. She imbues the character with so much grace, loneliness and strength. There is an intensely heartbreaking scene where she weeps quietly behind a handkerchief. You cannot see her face, but her body language conveys the bottled up emotion of the character that is overflowing.

Hou and his long time DP Mark Lee Ping Bing have crafted an exquisite and dreamy looking film. Shot on 35mm film, they capture conversations in the Weibo court by shooting behind rustling curtains and extraordinary landscape shots where a conversation between Yinniang and her master Jiaxing takes place atop a mountain amidst rolling clouds. The cinematography calls to mind the films of both Wong Kar-wai and Terrence Malick in the way closed, intimate spaces and wide landscapes are used. The Assassin is pure cinema in that sense. It is an extraordinarily beautiful audio-visual piece, with impeccable sound design by Tu Duu-chih and a haunting score by Lim Giong.

The Assassin‘s vague narrative can be rather frustrating, and it is a dense film that will definitely challenge its audiences. But if you are willing to let go of everything you have known about wuxia or period films or cinema in general and run with director Hou’s vision, you will find yourself rewarded with an extraordinarily beautiful and moving film.