Our Little Sister continues director Hirokazu Koreeda‘s exploration of abandoned children and fractured families which previously had been observed in films such as Nobody Knows, I Wish and Like Father Like Son. Adapted from shojo manga artist’s Akimi Yoshida‘s Umimachi Diary (Diary of a Seaside Town), Koreeda’s slice of life drama focuses on the lives and relationships of four sisters who reside by a small seaside town following the death of their father. The film also serves as a quiet coming of age tale for the titular little sister, Suzu (Suzu Hirose).

The three Koda sisters live in a big old house in a seaside town following the messy divorce of their parents years prior. The sisters’ mother left them 15 years ago while their father remarried and moved in with his new family. Oldest sister Sachi (Haruka Ayase) is responsible and devoted to her family, home and job as a nurse. She is the mother hen of the brood, chiding the sisters to eat slowly and keep their elbows off the table. Yoshino (Masami Nagasawa), the middle sister, is charming, flighty and has the tendency to date “useless men” according to Sachi. Chika (Kaho), the youngest until the arrival of Suzu, is offbeat and eccentric. After attending the funeral of their father, the three sisters meet Suzu, their 14 year-old half sister from their father’s second marraige, and invite her to move into their large old house with them. 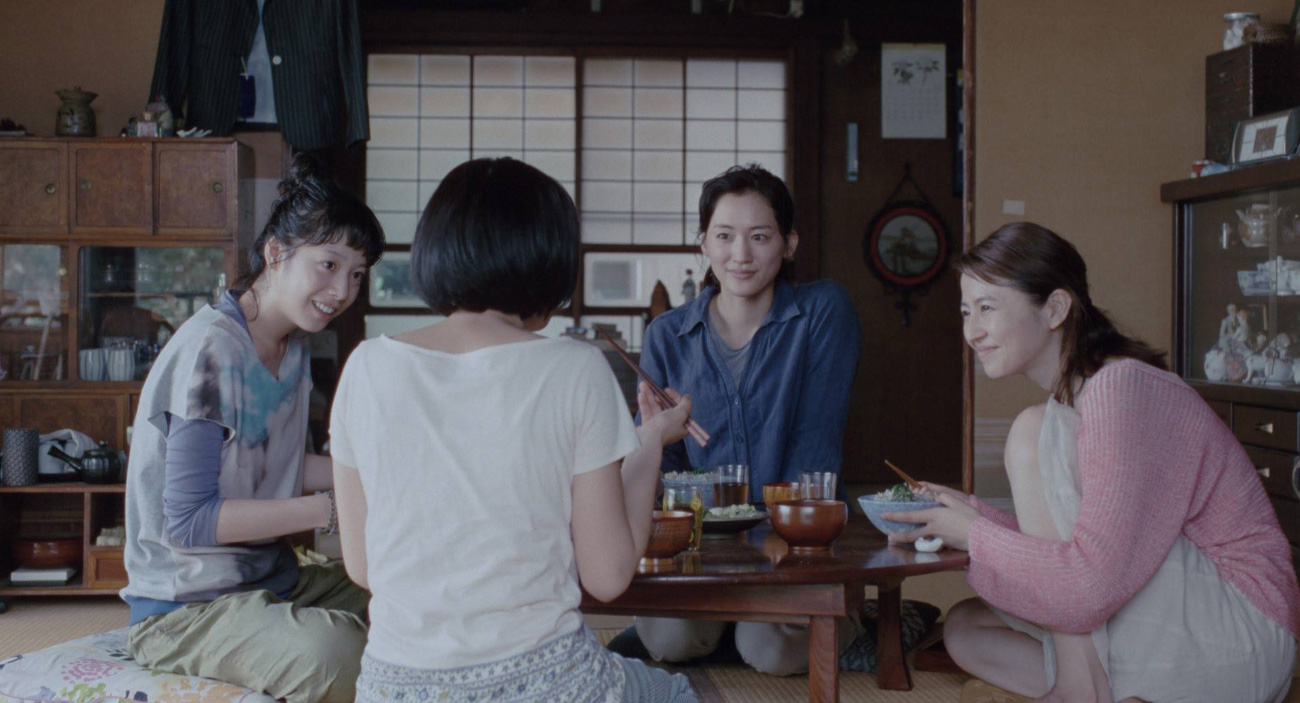 Though perhaps not as emotionally poignant as Koreeda’s other films due to its lightness in tone and lack of plot, Our Little Sister is nevertheless quietly affecting. Koreeda’s inclusion of heavier themes such as death, abandonment, divorce and extramarital relations is treated with respect and subtlety. The effects of being abandoned by their parents at a young age quietly reverberates through the film, and also explains the co-dependence the three sisters have on each other. Suzu, the new younger sister, is also notably far more mature than her age lets on, having had to care for her sick father until his death while shouldering the burden of knowing her mother broke up her elder sisters’ family. Koreeda however, emphasises on the silver linings, choosing to focus on celebrating the little things from life as opposed to dwelling on old grievances. The three older sisters look at Suzu’s presence as the gaining of a new little sister, as opposed to the reminder of their father’s adultery and abandonment.

Our Little Sister also gives us four wonderfully three-dimensional female characters in the sisters. The sisters’ interactions with each other all feel wonderfully authentic, from their bickering to their mealtime conversations, once again highlighting Koreeda’s strength in the observations of family dynamics. It reminds one of early scenes in 1994’s Little Women and Joe Wright‘s Pride & Prejudice, before everyone went off to fall in love and lead dramatic lives. Our Little Sister differs in that it wants none of the drama,  which may frustrate viewers wishing for more tension in their stories, or for their characters to show more emotion. This is very much straight up Japanese slice of life cinema. It is also important to note that with a cast of female characters, there is a temptation to focus on the love lives of the sisters, but again, Koreeda chooses to put that in the background, finding much richer material in the family dynamics as well as each sister’s personal growth. Sachi and Suzu for example, both have fraught relationships with their mothers that they need to resolve. 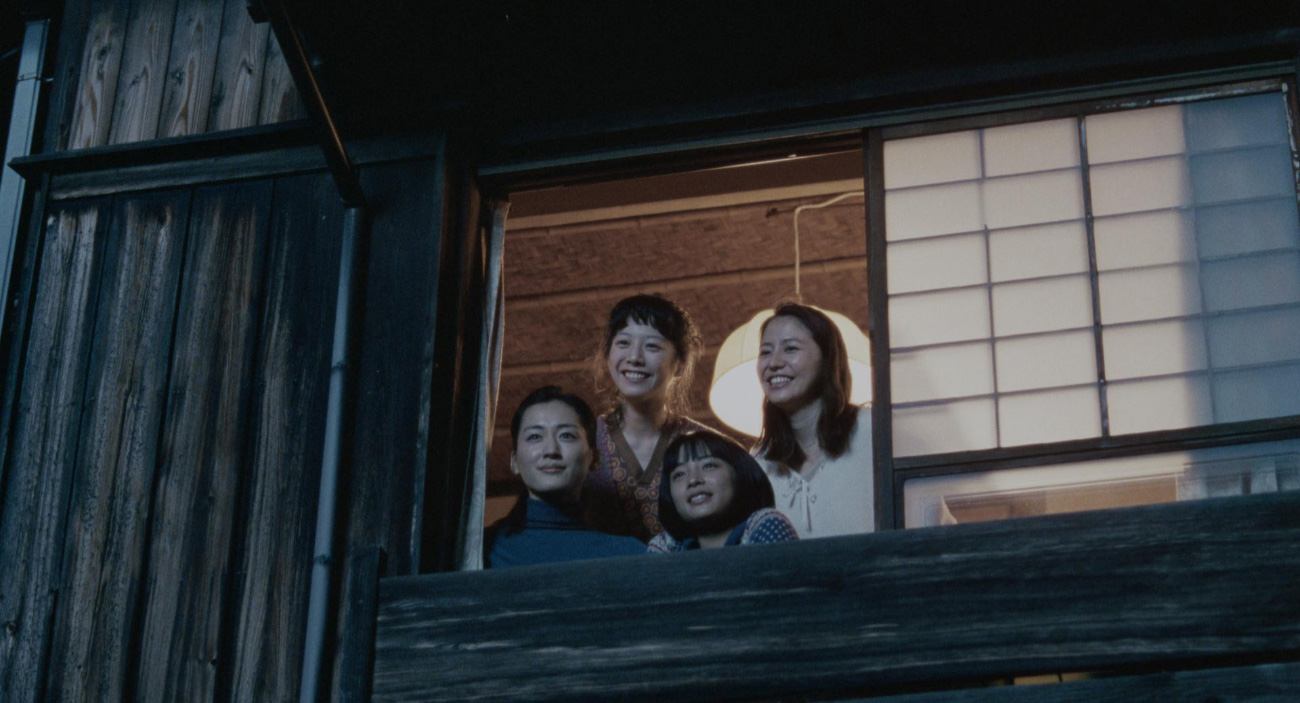 The four leads are all wonderfully cast in their roles. Most notable is Haruka Ayase as the tightly wound Sachi and Suzu Hirose as youngest sister Suzu. Ayase lends her character a subtle vulnerability that allows audiences into her mental state as she so often has her guard up. Hirose balances the innocence of a regular teenage girl as well as the maturity of one who has had to care for her father in his dying days to great effect. These are all subtle performances, with nuances that audiences may not easily catch, but I think it demonstrates the skill of the actresses to come off so assured in their roles, as well as the chemistry between each other.

Our Little Sister is not Koreeda’s best work, and it is probably too understated for anyone to call it an amazing or groundbreaking film. But for what it is as a slice of life drama focusing on female relationships — something that cinema is sorely lacking it — it is a lovely, delicate little film that deserves to be seen.