The New York Asian Film Festival begins its description of Lucky Chan-sil, directed by Kim Cho-hee, as “A spunky female sendup of the Hong Sang-soo genre of filmmaking, minus the male chauvinism”. I spent some time imagining what that would look like: all I could think of was a scenario where a woman has agency over her life, her decisions and her opportunities, with, perhaps, no negative connotations attached to it.

Naturally, what Kim shows us is that agency is a funny thing.

The titular Chan-sil (Kang Mal-geum) has always been a movie producer for an auteur film director. We never glimpse this man’s work—he serendipitously passes away during the opening scene. With the death of the director, Chan-sil suddenly finds herself unmoored. Can she simply do something else, anything else, now? It’s made apparent that, as a producer, no one affords her role the same import and respect as a director or an actor. The very production crew she was part of swiftly discards her services as they are of the opinion that she was only ever someone who tailed after the director—anyone else could do what she did. 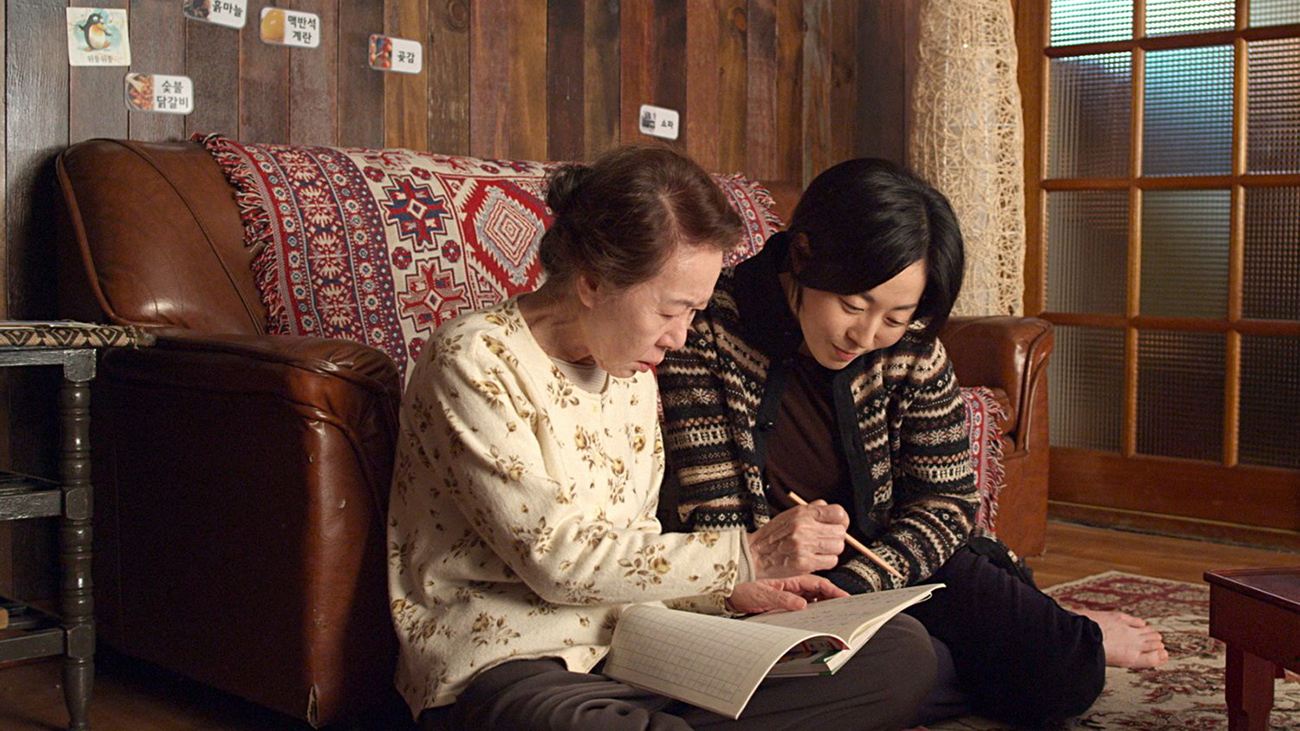 And who is Chan-sil outside of film? She finds herself pondering if she’s wasted her good years working in the medium, now having led to her being jobless, single and lonesome in middle age. Everything seems to be out of her hands. Nonetheless, Chan-sil moves into a new residence with a mysterious old lady (Youn Yuh-jung) and a secret room. For work, she takes on the duties of a housekeeper for her actor-and-friend Sophie (Yoon Seung-ah), which is where she meets Sophie’s French tutor, Kim Young (Bae Yoo-ram), who also happens to be a budding filmmaker in his own time. The two embark on an initially ambiguous relationship tied together by their looming, common interest. And so it seems that Chan-sil never really leaves the realm of film, even as she thinks she might by bundling up all her film paraphernalia and preparing to throw it away. It’s become so embedded in her life beyond a mere working passion that to start anew seems somewhat impossible.

This is Kim Cho-hee’s first narrative feature film. Prior to this, she worked as a producer on numerous Hong Sang-soo films, from as early as 2008, though she was officially credited as Kim Kyoung-hee. Perhaps with this information in mind, and with the poignant death of the director early on, it would be easy to draw parallels between Kim and Hong Sang-soo, deciding that the former has made this particular work as a sort of ‘antithesis’. But I think to let those ties obfuscate Kim’s own possible intentions would be unfair to her. In the very least, even with this information in hand, Lucky Chan-sil manages to avoid devolving into a semi-autobiography. The character isn’t a puppet, but a fully-fledged being with her own agency.

Aside from being a homage to cinema as a whole—made explicit through visual references, name-drops like Ozu and Nolan, as well as the conjuring of an interpretative spirit of Leslie Cheung—Kim’s film is also a homage to those of us lost in a period of upheaval, and to those of us who are single-minded in our pursuits. She shows us through plain and simple terms that it is never too late to learn, just as Chan-sil’s old landlady has only begun with tackling reading and writing, and that success can look a myriad of ways. At the end, it’s what we choose to take away from it all that matters most. It sounds cliche, but it doesn’t feel that way coming from Kim.

In a world amok with constant stimulus and action, Lucky Chan-sil is a cool hillside breeze that asks nothing of you but to still your heart and mind for these 96 minutes. Just as the teenage coming-of-age genre often serves as a vehicle for us, whether younger or older, to (re)connect to our past and/or present, Lucky Chan-sil looks to the future. It says, in the eponymous character’s own words, “Go on, I’ll light the way.” In this very scene, she comes to a stop as the younger ones trod ahead, her torchlight illuminating the path before them. Watching Chan-sil fumble her way through her own incoherent journey of self-discovery, you can’t help but feel assured. It is within all of her simple interactions that we see glimpses of her growth—in being rejected by a possible love interest, she chooses friendship; in being made redundant as a producer, she chooses to write her own script. Where the vast universe of possibilities seemed to be leading to an inevitable collapse, Chan-sil’s brave foray into the unknown gradually allowed her to ‘produce’ her own space for opportunities, whether significant or miniscule.

While many of Hong Sang-soo’s films oscillate between dissecting the (male) ego or expounding cynical views on romance and modern relationships, Kim is optimistic without forcing a pair of rose-tinted glasses upon your head. Speaking with The Korea Herald, she said “I hope the audience can laugh and cry with Chan-sil through her sorrows in life”, and it’s this direct offering of empathy that sets Kim decidedly apart from Hong. Kim tells us that there is a light at the end of the dark tunnel, and you might just find that it’s being projected on the movie screen before you.