Anyone familiar with Jung Ji-woo’s films will be aware that the writer-director is not scared to tackle the taboo, with his 2012 film A Muse controversially revolving around an elderly poet who falls in love with a teenager. Jung’s latest, Fourth Place is no exception. Unflinching in its portrayal of the continual cycle of abuse that permeates the professional sporting world, the small-budget drama reaches beyond the swimming pool to comment on the more widespread effects of Korea’s highly competitive society.

Gwang-su (Jung Ga-ram) is the front-runner to win gold and break the world record at the Asian Games for swimming. After skipping training for several days in order to illegally gamble and drink, he is severely punished by his coach, pushing him to quit the sport completely before competing. Sixteen years later, Gwang-su (now played by Park Hae-joon) is hired as a personal coach by mother (Lee Hang-na) for her eleven-year-old son Joon-ho (Yoo Jae-sang), who cannot finish in any place other than fourth. While Joon-ho earns his first medal under the extensive training of Gwang-su, the discovery of bruises on his body by his younger brother (Suh Hwan-hee) and father (Choi Moo-Sung) leads each family member to decide whether sporting victory is worth corporal punishment. 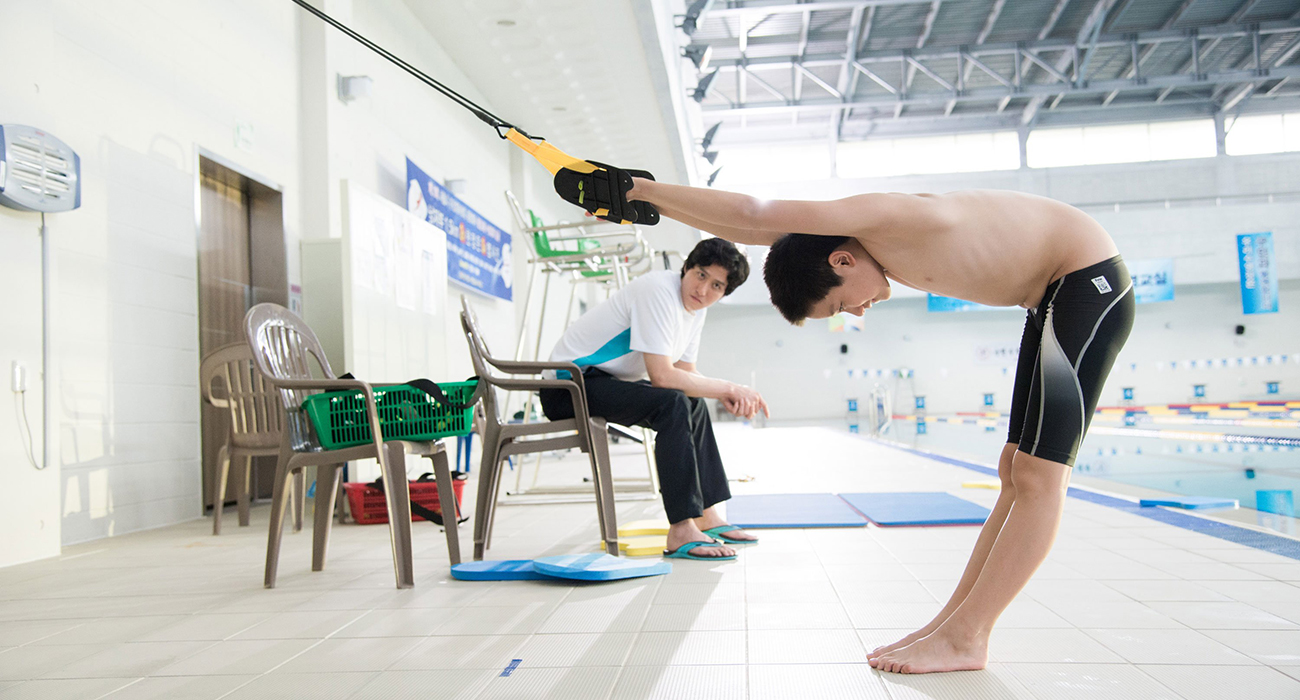 Unafraid to scrutinise a wide variety of issues, the effectiveness of Fourth Place’s story relies heavily on its societal-focused commentary. Although the physical abuse shown is a reality of the competitive swimming scene in Korea (and itself perhaps a symbol of the emotional effects of such experiences), most of the social commentary takes place through the actions and attitude of Jung-ae, who could be interpreted to personify the pressures of Korean society on both youth and parents.

Jung and co-writer Kim Min-ah, a producer from the National Human Rights Commission of Korea who funded the film, are far from subtle in this regard. Jung-ae willingly ignores the bruises on her son and proclaims that she would rather he be hit than place fourth again. The pressure Jung-ae places on her son to get into a good university demonstrates that this focus on competition pervades every area of young Koreans’ lives. While Jung’s skillful, if not slightly heavy-handed, use of symbolism and reincorporation during the final scene suggests the writers hold an opinion on the necessity of physical punishment in success, it leaves viewers to interpret whether such high expectations inevitably force everyone into a societal survival of the fittest. 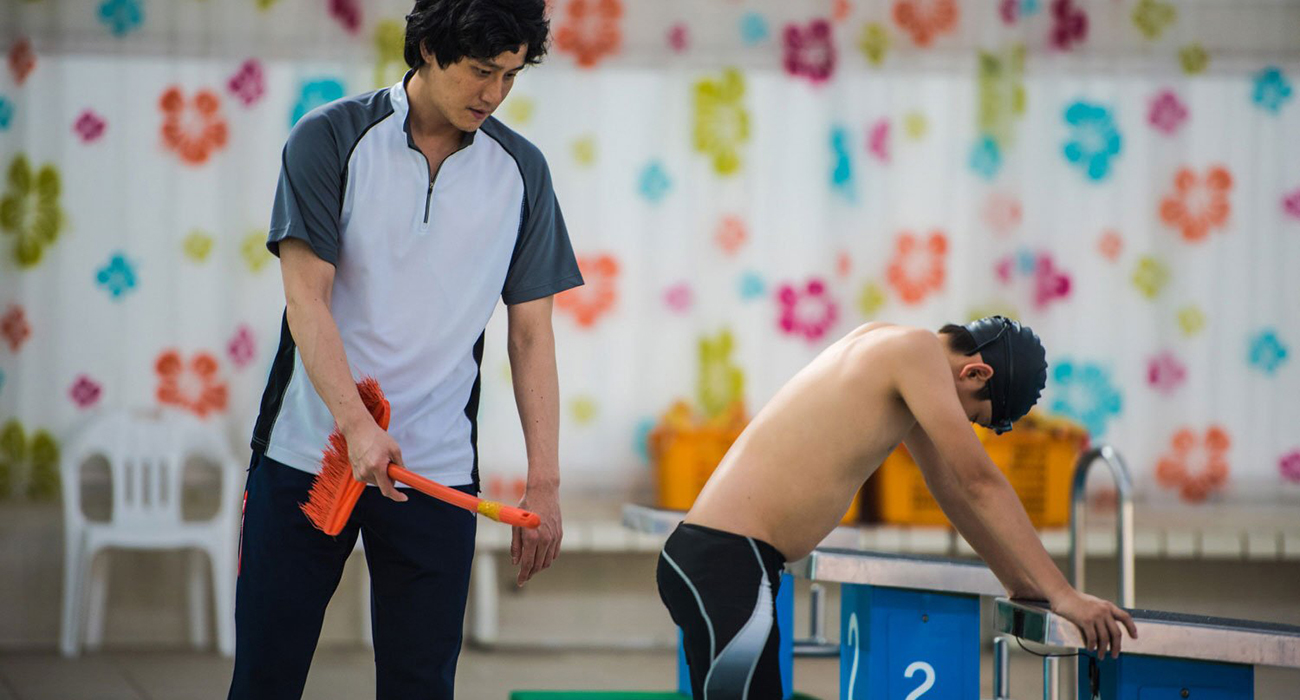 With such an emotionally-charged topic at its centre, much of the film’s impact depends on the strength of the main performances. Although there are clear displays of talents and range from Lee Hang-na and the scene-stealing Park Hae-joon, unfortunately child actor Yoo Jae-sang is unable to bring the depth required by his role. As Jung-ae, Lee’s performance initially feels somewhat exaggerated, even melodramatic, with her more intense moments marked by shouting and extreme physicality. However, the film’s quieter moments allow Lee’s talent to be fully appreciated, with her eyes subtlety revealing a greater emotional turmoil within the character. In large part due to Lee’s performance, Jung-ae is able to transcend the ‘nagging mother’ trope, instead conveying a parent who feels a personal responsibility to ensure their children succeeds, no matter the cost.

Similarly, Park offers a conflicting, multi-faceted performance as hot-tempered coach Gwang-su. An atmosphere of dread hangs over each scene between him and Joon-ho, with Gwang-su switching suddenly from rational and jovial to enraged and abusive. Despite his despicable actions, Park’s incredibly charismatic presence, supported by the excellent character development provided by Jung and Kim’s script, creates a fascinating and incredibly human character who elicits not only hatred, but at times even pity and understanding, from the audience.

Unfortunately, Yoo Jae-sang is unable to convey the same amount of complexity as his older peers. A professional swimmer in real life, Yoo’s restrained performance is often unable to convey Joon-ho’s inner fears and worries. While a certain scene where Joon-ho takes a stand against his coach’s punishments displays some range, Yoo’s overall stoic performance can make it difficult for audiences to conceive the emotional impacts of abuse, with the shock factor of corporal punishment left to the practical make-up effects and sound mixing during the abuse scenes. 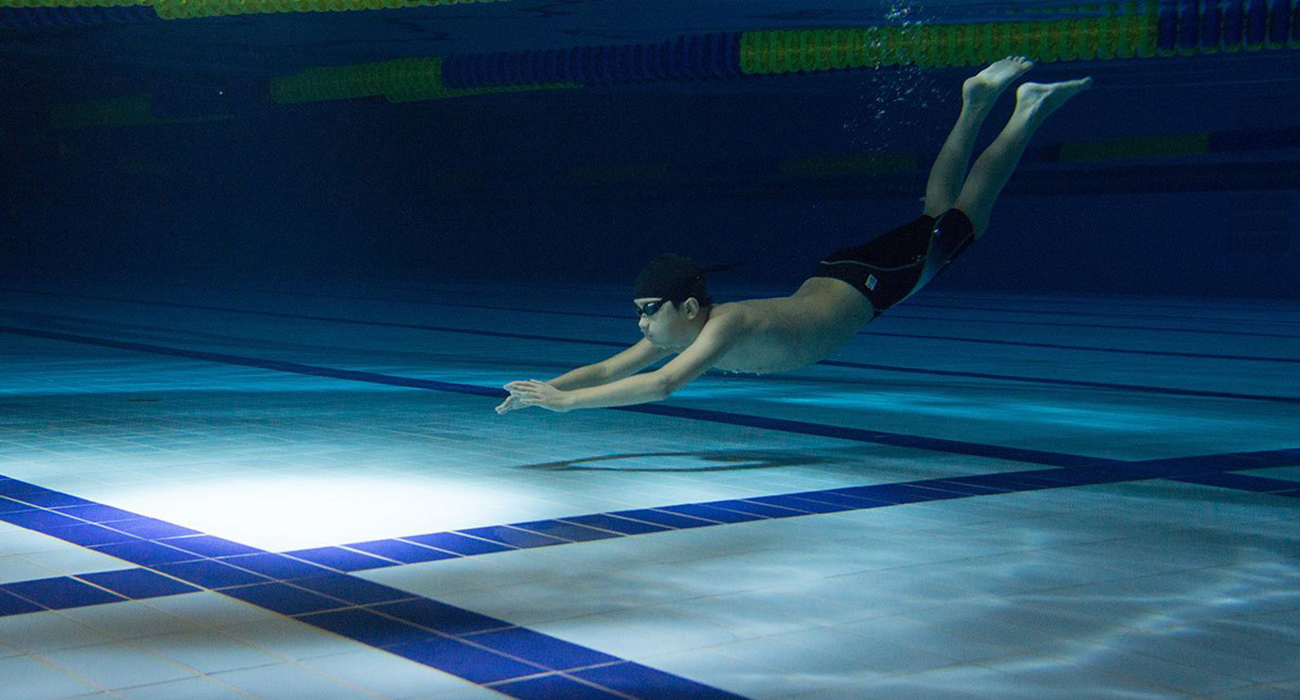 Thankfully, there is no such weak link in the technical aspects of Fourth Place. The cinematography by Cho Hyung-rae is simultaneously highly-structured, poetic, and imaginative, with the film mixing diverse visual styles such as black-and-white and slow motion without feeling overwhelming. Cho and Jung demonstrate keen attention to staging and framing, especially in a pivotal dinner scene where the camera work not only diverts the audience’s attention without relying on close-ups, but also communicates the relationships and of each character.

However, the film’s visual coup de maître is undoubtedly its mind-bending final scene. It is a visual marvel which delicately weaves between point-of-view and full shots, maintaining interest through creative editing which further symbolises the film’s underlying message. The immersion of Cho’s cinematography could not have been achieved without the film’s excellent sound design and mixing, with every yell, strike, and splash reverberating realistically through the pool’s halls.

Fourth Place is designed to shock audiences, fearlessly revealing the physical abuse and dangerous social pressures that many know about, but refuse to acknowledge. While not all of the cast are able to play their characters to their full potential, the film’s stunning cinematography and social commentary on competition makes for a compelling, and thought-provoking, coming-of-age drama.