Can a man and a woman simply just be friends? This is the question that director Park Jin-pyo poses to viewers in the romantic comedy Love Forecast, starring long time Korean drama actor Lee Seung-gi in his debut movie role.

In the film, Lee plays gentlemanly school teacher, Kang Joon-so, who somehow finds himself routinely dumped before the 100th day of a relationship. Always coming to the conclusion that women are complicated and that he would never quite understand them, the school teacher turns to his best friend, Kim Hyun-woo (Moon Chae-won) for advice during his slump. Joon-soo then reveals he has been in love with Hyun-woo for the past 18 years ever since they became the best of friends.

Hyun-woo has known about Joon-Soo’s feelings for her but has rejected him countless times, asserting that she feels “no butterflies” whenever she hugs him. Yet Joon-soo sticks by her side in the “friend-zone”. To the world, she’s a well-mannered woman and a figure in the public eye (she works as a weather forecaster) yet around Joon-soo she is more laid back and possesses a foul mouth and violent temper which she keeps in check whenever she’s with the married producer she is involved with. Throughout the film, the two friends go through their own ups and downs in love. 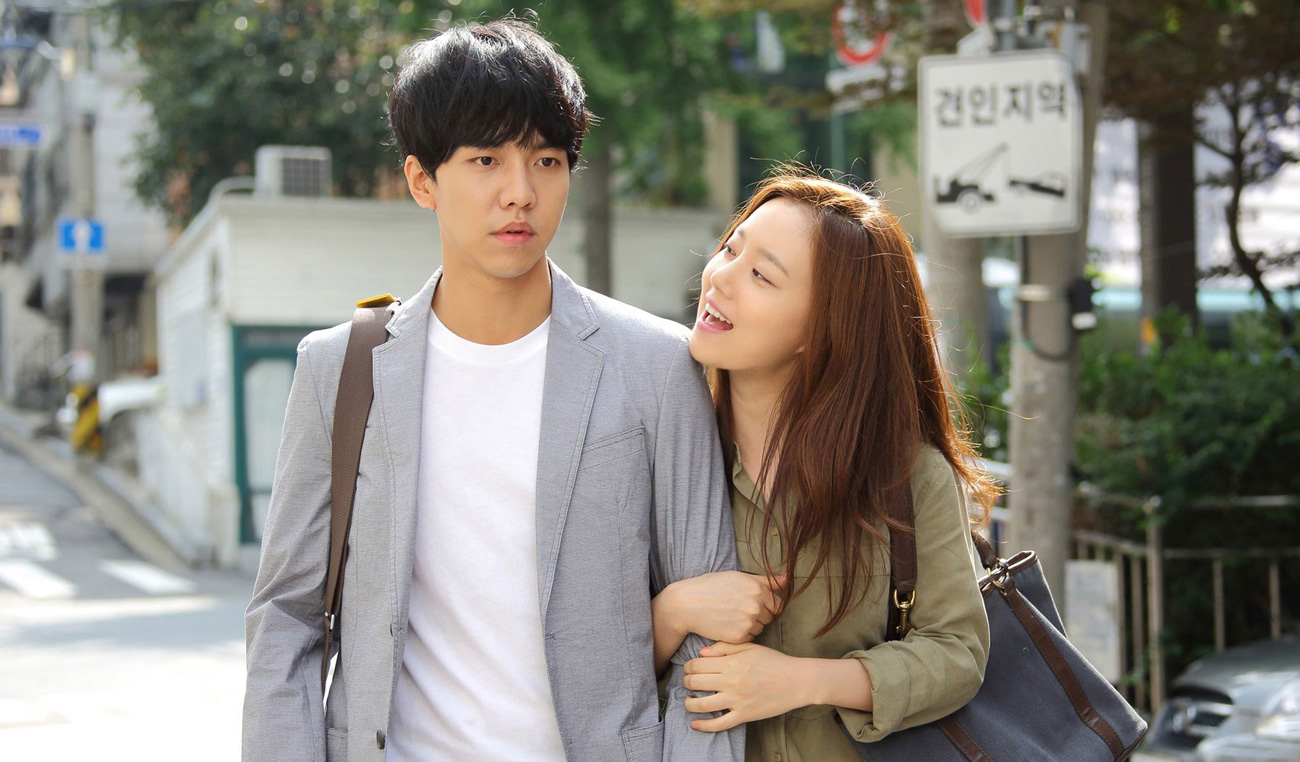 The first act of Love Forecast is actually quite enjoyable as we see how the friendship between our two lead characters work. Cute and hilarious, their relationship works due to the chemistry between the leads and at times couldn’t help but be reminded of the 1989 rom-com When Harry Met Sally given the characters’ back and forth conversations and opinions regarding relationship dynamics between men and women.

A total opposite to Billy Crystal’s character however, Joon-soo’s cowardly, nerdy, “Mr Nice Guy” best friend persona does land Love Forecast in a state of tedium every so often. His lack of courage to pursue Hyun-woo and instead follow her around gets tiresome as a viewer and it is also aggravating to watch Hyun-woo continuously go back to the producer, Dong-jin (Lee Seo-jin) even with the knowledge that they will never be together. Then again, it can be argued that the fillm tries to demonstrate different portrayals of love and how you can’t help who you “love”. The film also includes flashbacks to Joon-soo’s childhood memories with Hyun-woo and does make one understand his frustrations over her attitude towards never seeing him more than a friend but truthfully I think it would’ve been intriguing to have a bit of the movie told from Hyun-woo’s perspective. If anything I think it would’ve made the movie interesting (or maybe more frustrating, who knows?).

Furthermore, introducing supporting characters such as the bartender/teacher Hee-jin (Ryu Hwa-young) and the street photographer Andrew (Jung Joon-young) only strained the film even further. While not entirely unlikable as characters, their attempts of wooing the leads makes you wonder just where the film is going with all this and if it will reach a proper conclusion. 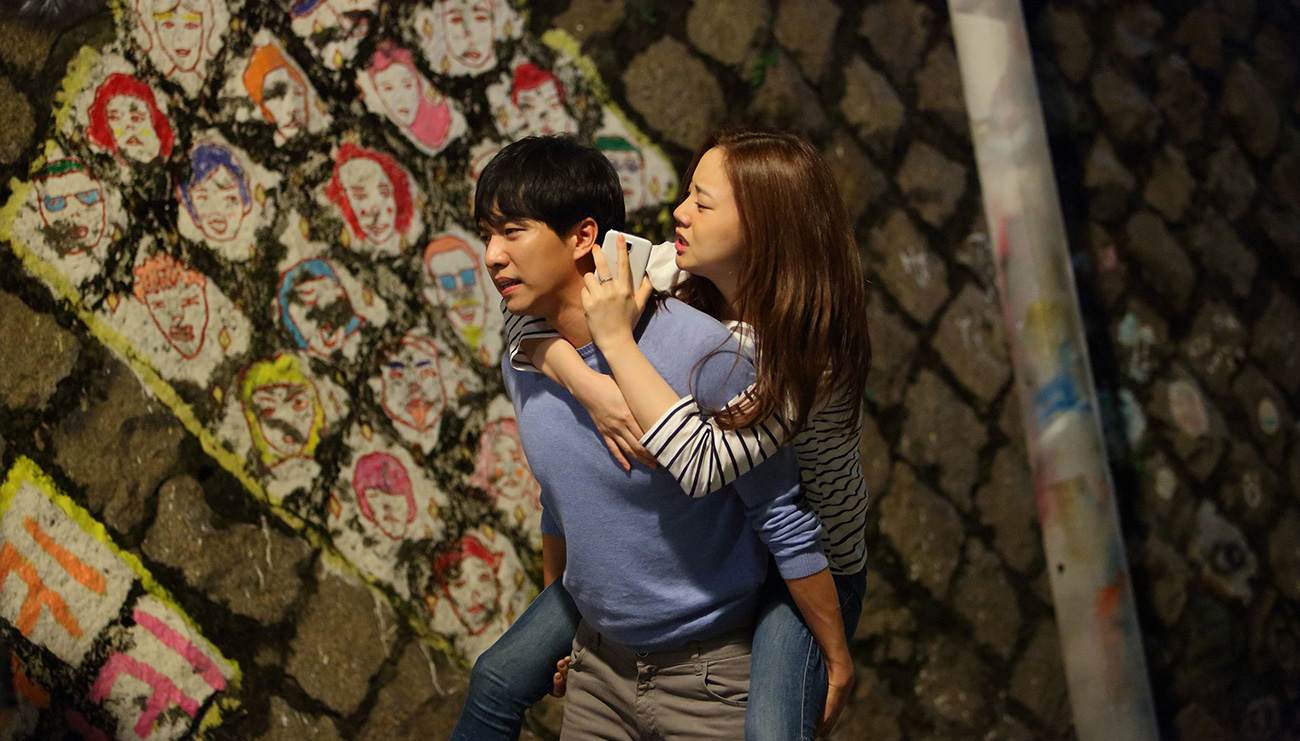 Lack of storytelling aside, I felt actress Moon Chae-won excelled in playing her role as the violent, swearing, hard drinker, Hyun-Woo. Although she can be a bit of a princess at times, it doesn’t seem to phase Joon-soo who always seems willing to come through and aid her. That said, actor Lee Seung-Gi plays his part to the best he can though personally hope the actor will have a better role in future films.

Despite its flaws, Love Forecast is still a decent romantic-comedy, one that succeeds in pulling out a couple of laughs. And yes, it does have a cliche ending but it was kind of touching and made me “aww”.