JFF2015 Review: When the Curtain Rises

Some, if not most, of us have experienced it. That it was not accomplishing a goal that felt fulfilling, but the experiences encountered along the way. That no matter how many objectives are overcome, satisfaction is only temporary and there is always more to go. There is always room to aim higher.

Providing a thorough, if not overbearing, exploration of these themes is Katsuyuki Motohiro’s latest film, When the Curtain Rises. Headed by a cast comprised mainly by idol group members, it would be easy to dismiss this ‘seishun eiga’ (youth film) upon first inspection. However, despite some shortcomings, the film’s optimistic message, slick direction and surprising lead performances help this female-led ‘slice of life’ drama exceed expectations. 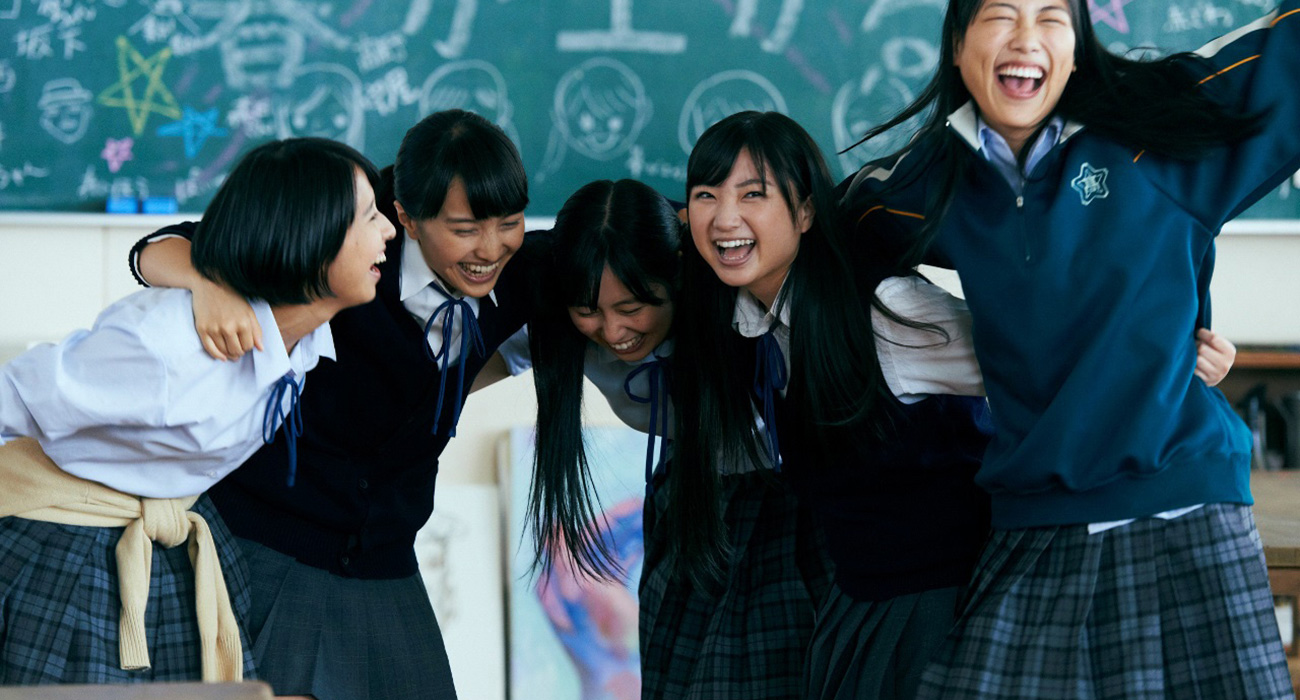 Following yet another loss in a drama competition, indecisive senior Saori (Kanako Momota) is selected to captain her high school’s acting troupe. Aiming to make it to nationals, Saori struggles with the new-found pressure placed upon her. However, the arrival of an introverted transfer student from a rival school (Momoka Ariyasu) and an art teacher with an acting history (Haru Kuroki) reinvigorates the troupe’s determination and hopes of success.

The above synopsis may seem unoriginal, but When the Curtain Rises strives to dig deeper into bigger themes surrounding the future and importance of the journey with moderate success. While not everyone has had the experience of competing in drama contests, Saori’s lack of satisfaction and uncertainty regarding the future are thoughts which have occurred to me during my formative years and I suspect for many others also. However, the relatable nature of these themes is not entirely advantageous. Writer Kohei Kiyasu’s theatre-inspired script, which incorporates several staples of stage productions such as monologues, is not subtle in its use of foreshadowing and becomes increasingly heavy-handed as the movie progresses. The result is the audience being explicitly told through dialogue themes that had long been assumed and noticed. Regardless of its indelicate handling of its core universal themes, When the Curtain Rises should be commended for attempting to go beyond the surface-level story of the average competition-based film. 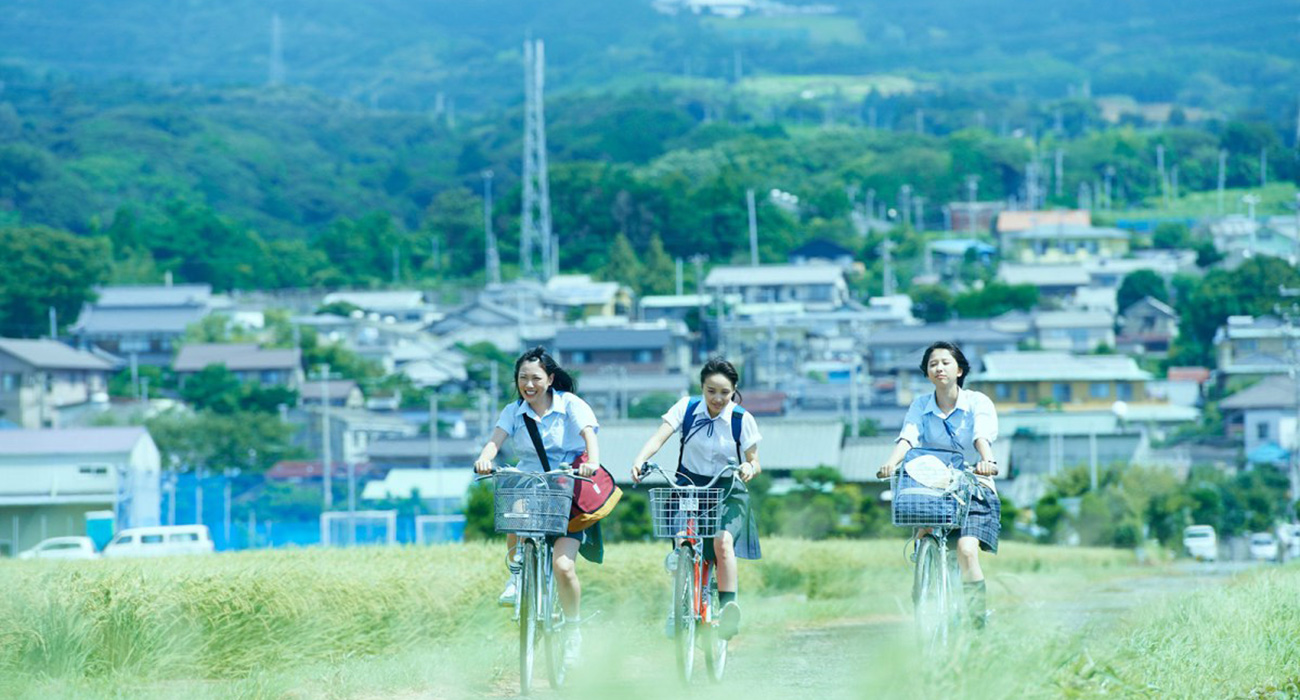 Its thematic content is not the only surprising aspect of When the Curtain Rises, as the performances from idol group Momoiro Clover Z members prove surprisingly versatile throughout. Leading actress Kanako Momota progresses from passable to great, her acting ability seemingly developing in tandem with her character. The film’s penultimate scene, an impassioned speech from Momota, shows the inexperienced actress’s full capabilities. The use of narration throughout, displaying Saori’s thoughts as she says the opposite to those in reality, is also well delivered and highly effective in both fleshing out her character’s anxieties and commentating on societal expectations regarding stress.

Other members of the core cast are also given time to shine through the film’s many extended monologue scenes. Ariyasu, who plays mysterious new girl Etsuko, takes particular advantage of this. Her emotional train station monologue is arguably the highlight of the entire film. The stand-out performance, however, belongs to Kuroki as ex-actor and mentor Yoshioka. Kuroki, who has received several accolades for her role The Little House, is convincing in her role as the experienced and mature Yoshioka despite the actress’ young age. The only notable male character, the drama troupe’s original coach Mizoguchi played by Tsuyoshi Muro, provides much of the film’s comedic relief. Thankfully, his overacting feels appropriate and his limited screen time restricts him from overshadowing the performances of the main cast. 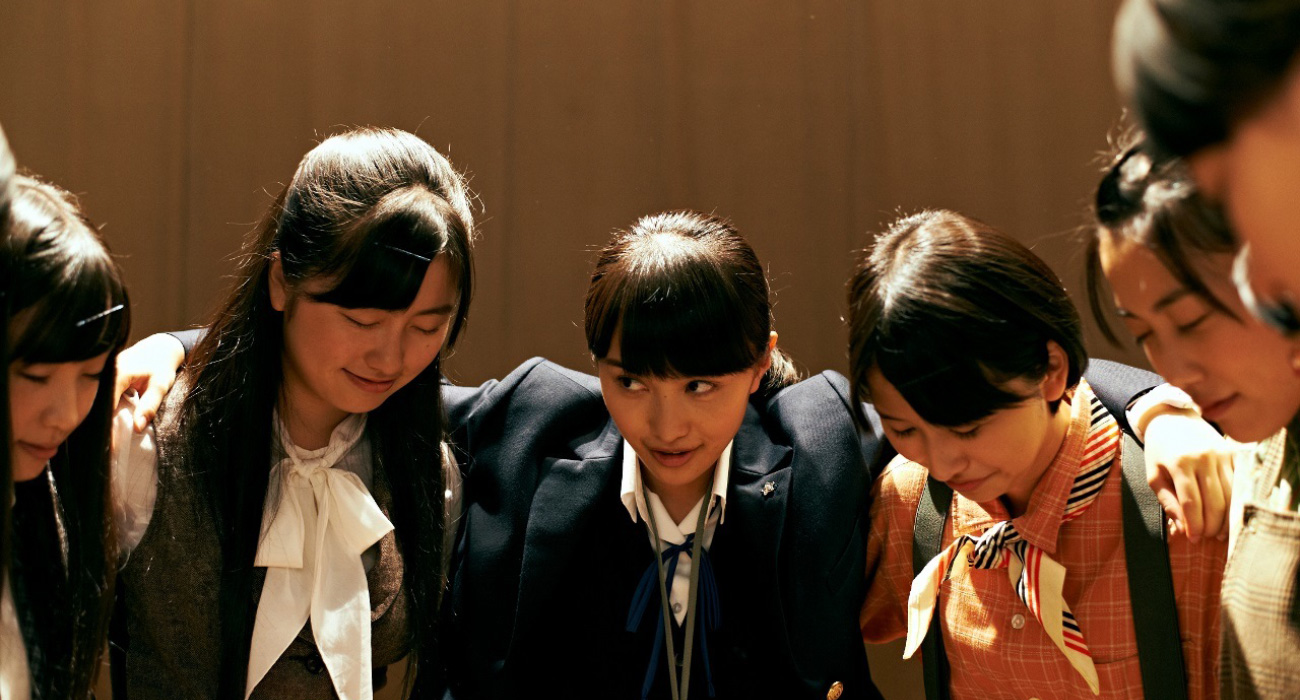 Katsuyuki Motohiro’s extremely restrained direction is fitting for the film’s realistic take on high school and the ‘slice of life’ genre. When Motohiro diverges from his usual smooth style during two pivotal moments, the sudden changes are not jarring, but suitable. A dream sequence in particular, where Motohiro abandons all sense of realism using vibrant colours, frantic editing and overacting, exemplifies how he skilfully uses contrasting directorial techniques to explain the mindset of the central character.

Less successful in utilising contrast is the soundtrack. For the most part, almost every scene is accompanied by standard orchestral music which is neither overpowering nor remarkable. However, and presumably due to contractual agreements, overly-cheery pop music by Momoiro Clover Z appears during pivotal moments of the film, including the end. While it feels appropriate in the aforementioned dream sequence, its inclusion elsewhere feels unnecessary and dissonant to the nervousness felt by Saori. 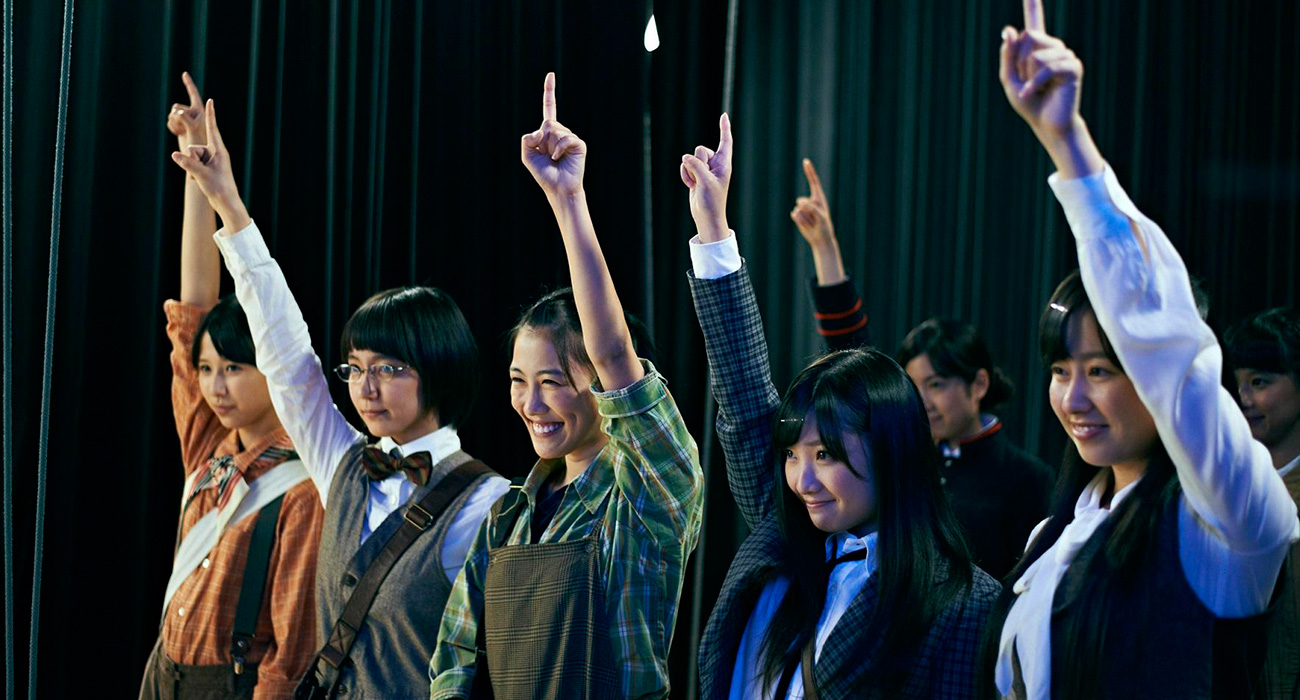 At two hours, When the Curtain Rises is by no means lengthy by feature film standards, yet it still feels over-long at certain points. While this appears to be deliberate, serving the film’s central theme of the importance of the journey, not the destination, there are several under-developed sub-plots that ultimately do little to add to character development or story. Majority of these sub-plots are introduced before being forgotten or quickly resolved with no sense of it being earned, ironic considering the film’s pacing intentionally makes the troupe’s drama victories feel like a reward. Often these abandoned sub-plots, despite being clichéd, are intriguing, making their desertion all the more disappointing and unsatisfying.

With a mostly inexperienced yet highly promising cast, refined direction, and thematic ambition, When the Curtain Rises is perfect for those craving a high school drama with unexpected depth. While the slow pacing and odd music choices are at times frustrating, these flaws are minor and barely impede the engrossing journey of Saori and her acting troupe.