Solomon’s Perjury: Suspicion and Solomon’s Perjury: Judgement form a two-part adaptation of Solomon no Gisho, a trilogy of novels written by author Miyuki Miyabe. Director Izuru Narushima is responsible for realising the crime series on screen and creates suspenseful films that do not appear too overdramatic within its high school setting. Along with its suspense, Solomon’s Perjury is a series that also touches on some heavy themes often associated with high school films: bullying and suicide.

Solomon’s Perjury: Suspicion introduces Ryoko Fujino (Machiko Ono) who returns to Joto No. 3 Junior High School to become a teacher. Since she last attended the school, the current principal explains to Ryoko how a trial long ago had changed the school’s history. Knowing exactly what trial he is referring to, Ryoko lets out a smile as she begins to recount the events that led to the trial and the trial itself across two films. 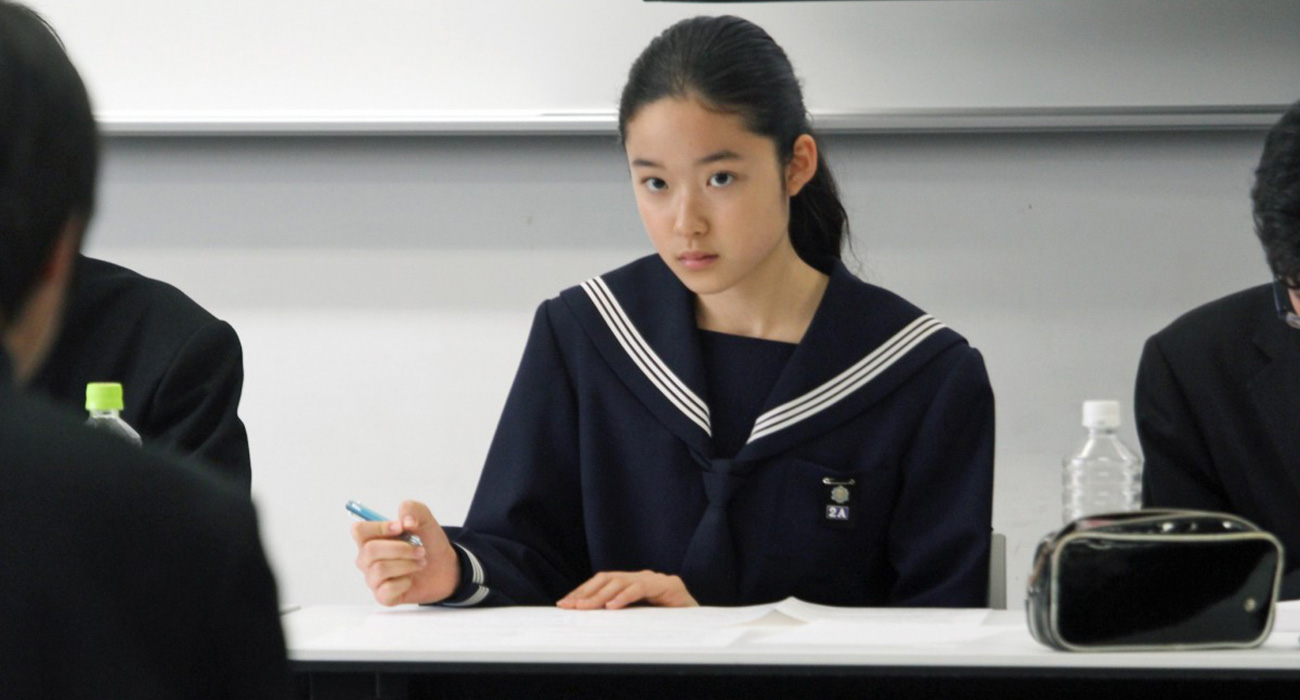 It’s the year 1990 on Christmas day, 14 year old Ryoko Fujino (whose actress coincidentally also shares the same name as her character) and Kenichi Noda (Koki Maeda) find the body of their classmate Takuya Kashiwagi (Ayumu Mochizuki) buried underneath a blanket of snow. Police conclude Takuya’s death to be suicide. All is settled until Ryoko and the principal of the school (at that time) receives an anonymous letter from a witness who claims to have seen Takuya’s death. The letter of accusation lists Shunji Ooide (Hiroya Shimizu), Yutaro Hashida (Mikio Kato) and Mitsuru Iguchi (Arata Ishikawa) as the ones who killed Takuya.

A series of events soon follow — a cover-up of the letter, media involvement and the death of yet another classmate — which then action Ryoko into investigating the truth behind Takuya’s death herself. Together with Kenichi and Takuya’s elementary friend, Kazuhiko Kanbara (Mizuki Itagaki) the three teenagers decide to hold a mock trial at their school — all of which takes place in the first film of the series, Solomon’s Perjury: Judgement. 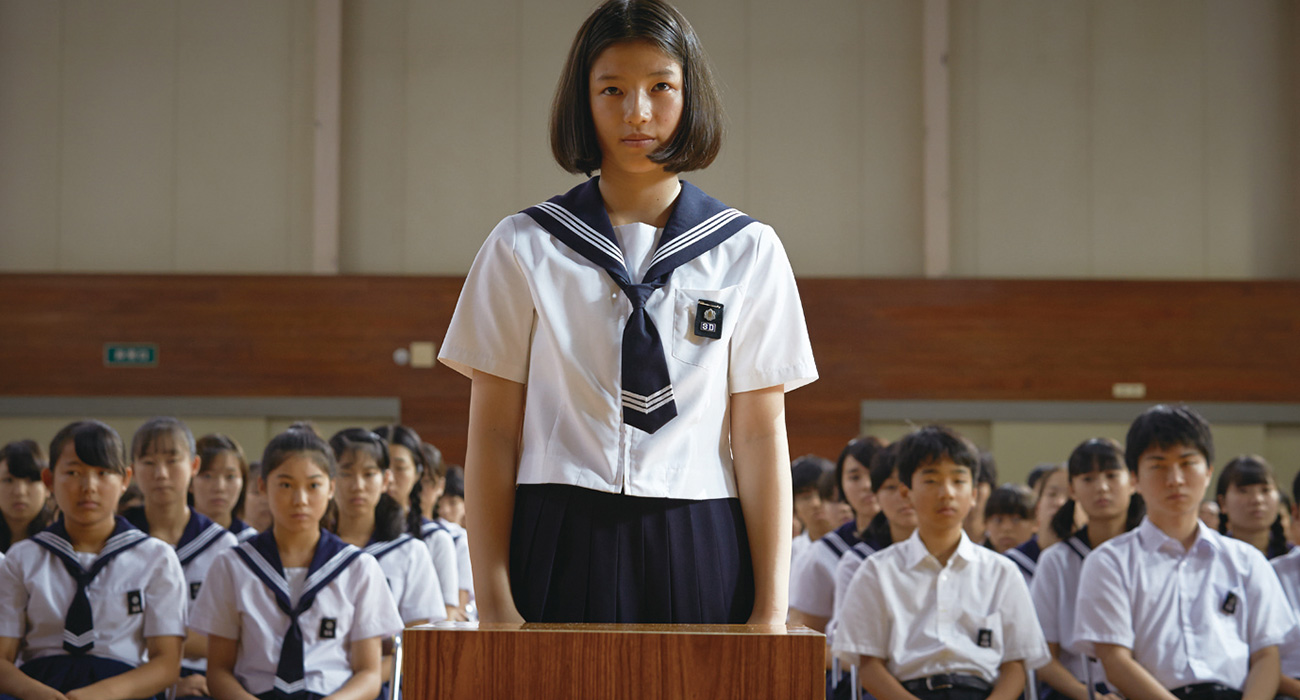 Like its subheading suggests, Solomon’s Perjury: Suspicion draws suspicion both from the audience and the characters involved; understandable given this this film only introduces the crime and those potentially involved. Narushima’s directorial decisions, such as placing a flashback scene in focus of a particular character, help frame the thoughts and actions of the film’s suspects and witnesses for the audience though the approach can sometimes be aggravating when the audience has more information than those investigating the crime on screen.

Contrast to Suspicion, the second film in the series, Solomon’s Perjury: Judgement, takes a slower approach; one that allows the audience to piece together clues from the first film. Yet just when you think you have the answers, the film instils doubt by forcing its audience to question everything it had learnt up until that point — like any good crime thriller! 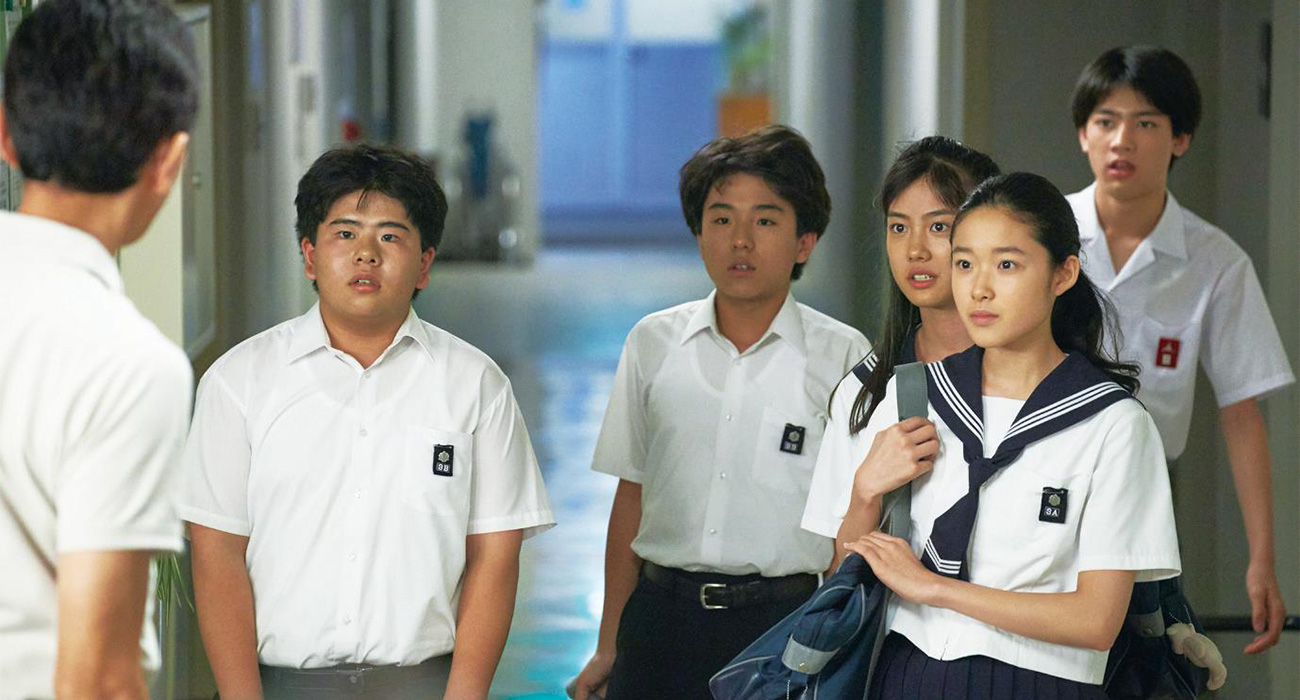 Though well-known faces such as Yutaka Matsuhige and Machiko Ono appear in both films, its the young cast of students who truly shine across the two features. Fujino’s lead performances ranges from rational and sensitive during her investigation to determined and at times nervous during the trial. Shimizu’s portrayal of Shunji is enough to make you hate the character yet still feel pitiable towards him. And it wasn’t until towards the end of Solomon’s Perjury: Suspicion that Itagaki grabbed my attention and became further involved in Solomon’s Perjury: Judgment.

Personally however, I feel like as though Anna Ishii (of J-Pop girl group E-Girls) was my favourite; her performance as the vengeful, low self-esteemed Juri Miyake was enough to stick in my mind after the movie was over. It was fascinating to watch such young actors pull off such complex characters and it will no doubt be intriguing to watch their acting careers grow and flourish in Japan.

Both Solomon’s Perjury: Suspicion and Solomon’s Perjury: Judgement were intriguing and suspenseful films. While I have not read the novel and do not know if they did the book justice, taken for what it is, I found these films to be captivating enough to hold my interest and keep me engaged. Those expecting a dramatic plot twist by the end of this two-parter may be disappointed but the end outcome of the Solomon’s Perjury films fitted what the series, I felt.