JFF2015 Review: Pieta in the Toilet

Twenty-eight year old former artist Hiroshi Sonoda (Yojiro Noda) is a runaway working in Tokyo as a window washer. Diagnosed with advanced stomach cancer, Hiroshi prefers to continue on with work rather than agonize over his impending death. However, when Hiroshi forms relationships with other patients and sassy student Mai (Hana Sugisaki), he begins to search for a way to feel alive before it is too late. 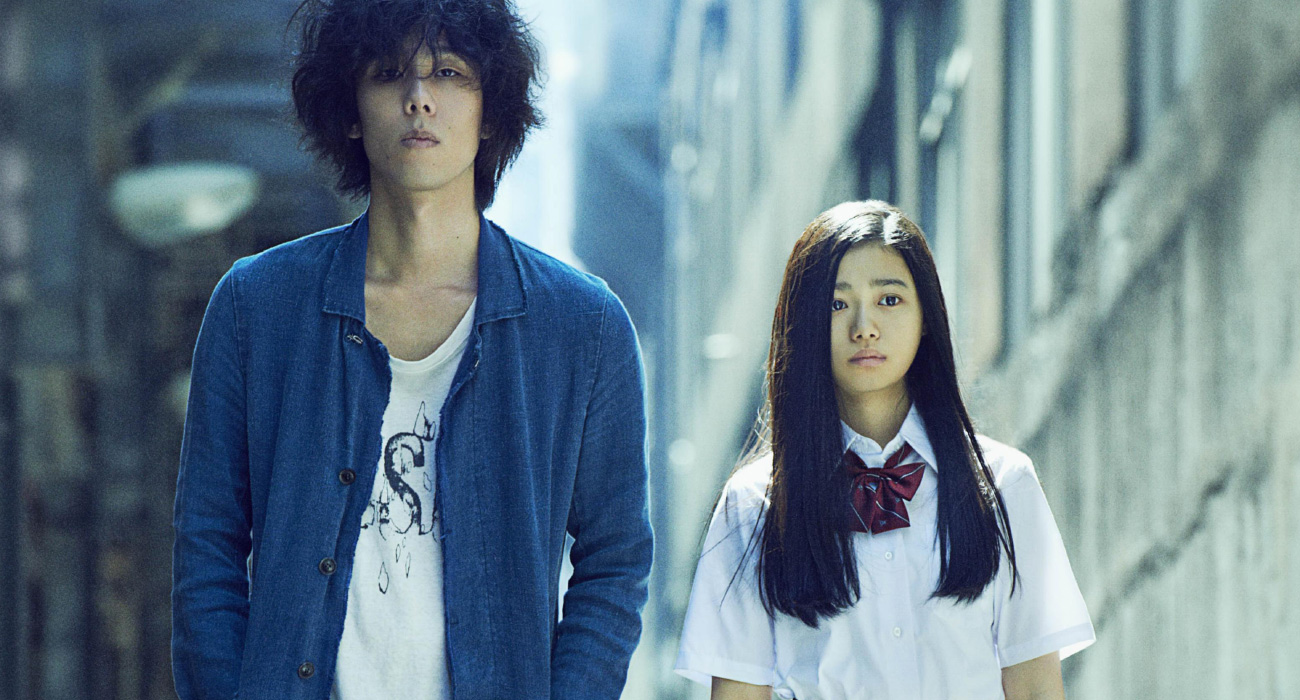 Immediately apparent when watching Pieta in the Toilet is its cinematography. Handled by Ikeuchi Yoshihiro (Linda Linda Linda), creative framing and the use of bold primary colours make each shot visually interesting without being overpowering, maintaining the film’s observational tone. Yoshihiro and Matsunaga are also able to communicate the opposing character traits of the two leads without breaking any sense of realism. Most notably in the pool scene, the typically still camerawork occasionally incorporates hand-held elements when capturing the emotionally confused Mai. It is not until the third act, when introverted Hiroshi displays more of his personality, that similar techniques are used when showing him. As a character-driven film, Yoshihiro and Matsunaga take care in emphasising the performances of their actors. Sharp edges and straight lines characterise the hospital and city settings, allowing every character movement and expression to stand out and capture the full attention of the audience.

Fortunately, the main cast take full advantage of this, with performances ranging from overtly impressive to understated. Sugisaki (who also provided voicework on Studio Ghibli’s When Marnie Was There) is a revelation as Mai, commanding every scene she appears in. Every aspect of Sugisaki’s performance feels carefully considered, with her eyes and body language building and revealing as much about her character as the dialogue. Sugisaki strikes a delicate balance between innocent high schooler with an aggressive veneer and frustrated flirtatious teenager. 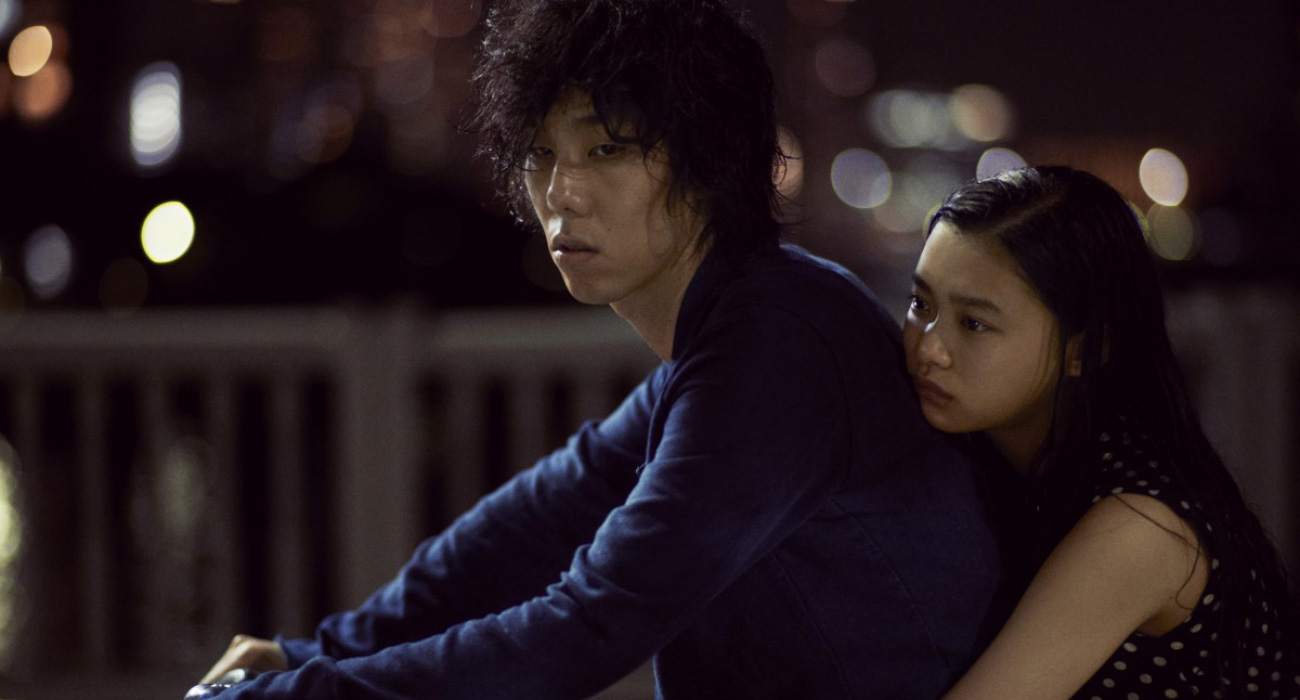 Contrastingly, first-time actor and Radwimps band member Noda displays a much more restrained performance as Hiroshi. While the last act allows him to show more of his emotional range and capabilities, his performance is unfortunately overshadowed by his younger co-star. Lily Franky (Our Little Sister) is also notable in his role as Hiroshi’s pervert hospital companion Yokota. Franky provides much of the film’s comedic relief through his absurd and inappropriate actions early on, but much like with Noda, the film’s serious third act gives Franky the opportunity to further demonstrate his talent.

The leads’ performances could not have made nearly as much of an impression without the care taken by the script to develop each character. Despite its title and a rather thoughtful line lifted from Tezuka’s diary entry, Pieta in the Toilet does not aim to answer any deeper philosophical questions surrounding religion or the afterlife. Instead, the film focuses entirely on its characters and their relationship with each other and mortality. Upon first introduction, both Hiroshi and Mai are somewhat unlikable and selfish, but the film’s slow pace helps to unravel their characters in a natural way, with each interaction and moment serving a purpose. 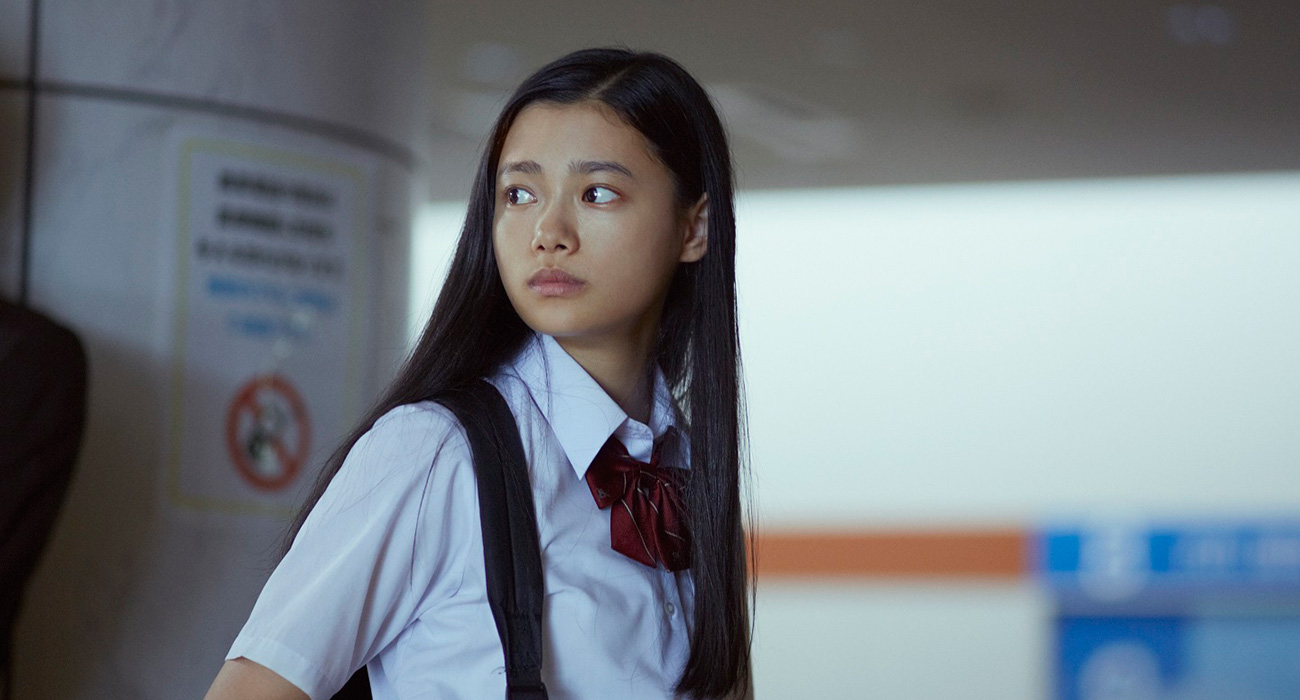 The film’s smaller supplementary scenes, such as Hiroshi’s first meeting with child patients, are where Pieta in the Toilet shines. Lingering close-ups on notes claiming, “I want my normal life back”, and two children rattling off chemotherapy side effects matter-of-factly makes the reality of these characters all the more impactful. Although Hiroshi’s story is undoubtedly the focus of the film, these brief glimpses into the lives of others, including Mai, help in realising the characters and city of Tokyo. It is through this patience that Pieta in the Toilet feels as though any emotion is earnt. It doesn’t rely solely on the situation of the characters to evoke emotion, but instead slowly crafts their personalities as sympathetic so that their misfortunes hit much harder.

Featuring a career-making performance from 18-year-old Hana Sugisaki, Pieta in the Toilet is a finely-crafted indie that demands patience and emotional investment. While not extraordinary or particularly philosophical, those looking for a smaller, simple story with a focus on interesting characters will find plenty to like in Pieta in the Toilet.