An expat returns home to China brimming with Western do-gooder energy. She is documentary filmmaker Nanfu Wang and she immediately gets to work by joining women’s rights activist and sex worker Ye Haiyan (aka Hooligan Sparrow). They aim to broadcast to the masses the ongoing injustices that prevail over China but their crusade is not met without hostility. We see the confiscation of Wang’s camera by China’s National Security Agency, her covert recordings of the interviews/interrogations she has with them and her blatant lies to Chinese authorities.

All of this is captured within the opening of Wang’s debut documentary feature, Hooligan Sparrow. The hackles on my neck bristle to attention. Is this an ethnographic train wreck? A self-reflexive, performative filmmaker as saviour preaching to the choir? Whatever the outcome I am engaged, curious and strapped in for the Middle Kingdom journey with Wang and Sparrow.

The documentary charts Sparrow and her fellow activists’ crusade of justice for six schoolgirls who have been sexually abused by their principal. According to human rights lawyer Wang Yu, a member of the group, “China is so corrupt that it has become fashionable for government officials to have sex with young girls”. School principals provide them to government officials as gifts for favours. If caught, child prostitution laws provide a loop hole for the officials —  you can receive the death penalty for rape but for prostitution offences, the punishment is a lot lighter (and lighter again if it’s child prostitution). The principal says he paid the girls money. 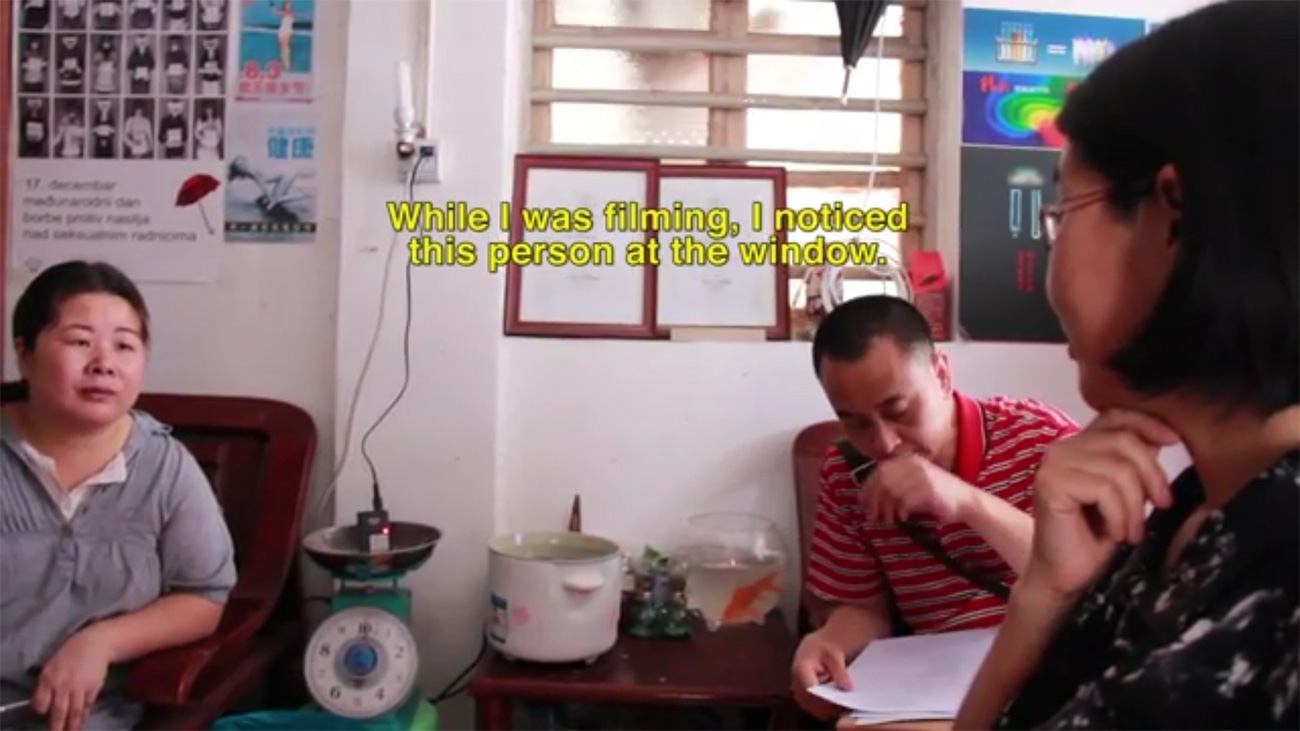 Sparrow and co want these laws changed; they want justice. What follows is an insight into life in China when you step outside the norm, when you question authority and you agitate for change. The stakes are high. Before every protest the activists record a video testimonial, stating they will not commit suicide lest they disappear into a mental home or detention centre. Although they have the support of many in the community, no one will speak out against the government either through a fear of repercussions or, in the cases of the children’s parents, because of direct advice (read: threats) from the police. The protest group is small and lonely but vocal and visible. They ruffle feathers.

The filming of this documentary by Wang requires a lot of covert activity and much caution. Sometimes she won’t film but just record audio, other times she uses special glasses with a micro camera and memory card. At all times she must protect the footage on her hard drives. Although this results in some rough camera work, it also heightens and adds to the tension of the documentary (and this guerilla approach does not earmark the entire film). In documenting this story, she has pieced together a compelling narrative of harassment, threat and violence as Sparrow is chased out of town after town, her daughter in tow, as she tries to maintain the momentum of the protest and dodge the authorities.

Reminiscent of Kitty Green’s Ukraine is Not a Brothel (2013) ,where the filmmaker joins forces with FEMEN activists and documents their travails, the filmmaker very much becomes part of the ‘their’ and in both films this raises the question of how much they influence the troubles and outcomes that we witness. Does the presence of a filmmaker invite a more aggressive intervention from the authorities? Are they creating their own film? Both films are made by outsiders and although they flirt with real danger, dodging totalitarian authorities in both instances, both filmmakers also have a place to escape to, unlike their subjects. This style of documentary exposes social injustice and authoritarian corruption but it is squarely looking through the eyes of western culture and its values. Is this a bad thing? Not necessarily, but it does walk a fine line between expose and exploitation. It is certainly a common style in the contemporary social justice documentary. 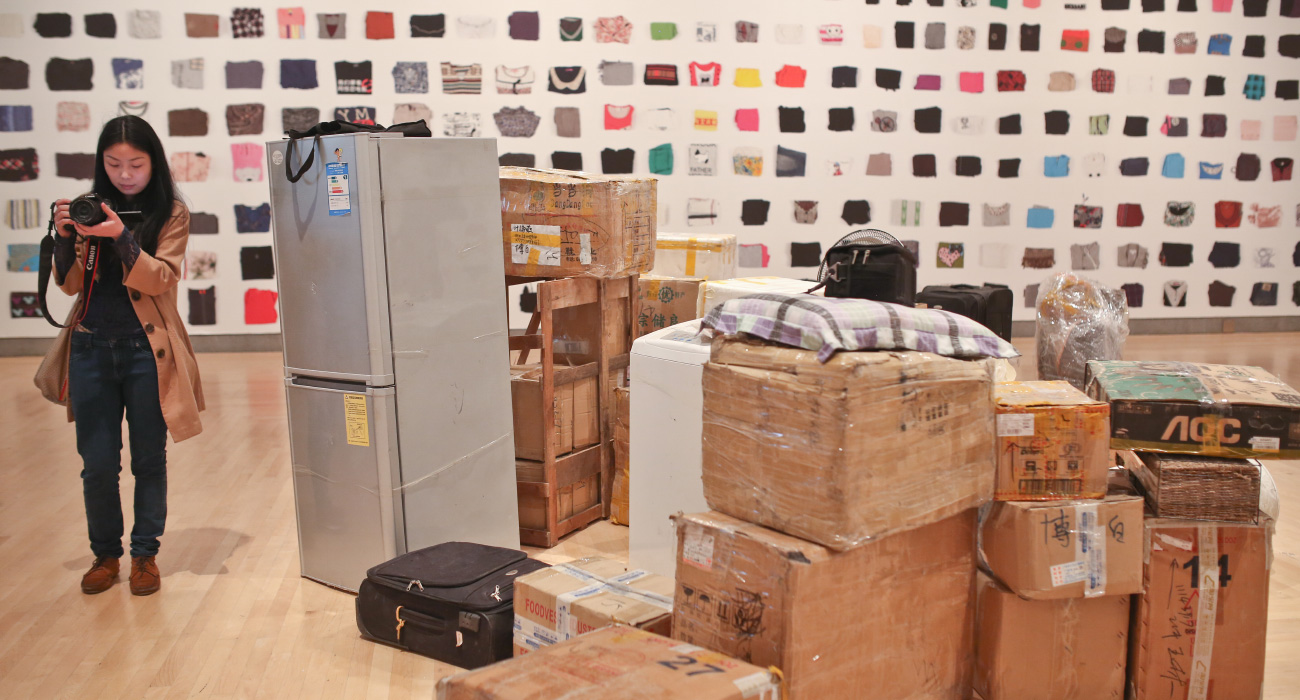 In the case of Hooligan Sparrow, Nanfu Wang can claim family in China and does speak the language – she is a Chinese national though she has been living abroad for a number of years — and she still does have that ‘out’ clause to smuggle her footage back to the USA. The film finishes a year later in the Brooklyn Museum at a retrospective of Ai Weiwei’s works. One exhibit features a pile of Ye Haiyan’s possessions that had been dumped on the roadside by authorities during one of her many forced relocations. Now, they have been collected and relocated for the show — her misery has now become high art in New York, albeit in China’s most famous dissident artist’s exhibition. And we get some pretty shots of Wang posing beside them with her camera. Though now she has the time and luxury of a camera operator to take those shots, it’s a nice contrast and hopefully not unconscious.

It makes you think about what is happening to Sparrow and her fellow activists back in China. Partial answers are given just prior to the credits with a roll call of the group and their jail time statistics. It’s a pretty grim ending with some detained for just days while others, we learn, are still being held. But it’s the unofficial harassment, threats and violence that these people experience in their fight to right the wrongs of Chinese society that is the real concern. They are truly brave crusaders and I just hope that this documentary helps their cause back at home because we all know that the authorities are watching. This, I’m sure, is Nanfu Wang’s dilemma.