A hero one day, and a villain the next – that is in essence what Golden Slumber, the new film from director Noh Dong-seok, tries to explore through its two hours of conspiracies and political sabotage. Following a great chase sequence that opens the film, Golden Slumber’s attempt to unpack themes around media manipulation, celebrity culture and fake news is no doubt timely (it is worth noting that this film is an adaptation of a 2007 Japanese book that was also adapted into a Japanese-language film in 2010) but the picture fails to capitalise on its commentary, instead trading in interesting themes for a rather mundane thriller.

In a news montage that opens the film, we are introduced to Golden Slumber’s protagonist Kim Gun-woo (Gang Dong-won). He is celebrated across the country as a noble everyman who intervened during the mugging of a Korean pop-star and becomes an overnight celebrity in the process. People love him and the media turn this everyday citizen into hero. With his 15 seconds of fame still fresh in people’s minds, Gun-woo continues to lead a normal life. But during a routine delivery job, an old friend, Moo-yeol (Yoon Kye-sang) calls him out of the blue to catch up. He reveals to Gun-woo that he is being framed for the assassination of the newly-elected Prime Minster. At that exact moment, the Prime Minister’s car explodes. Everyone is quick to label it a terrorist attack and agents quickly swoop in to attack Gun-woo. Trusting no one, Gun-woo begins to flee for his life and does everything in his power to clear his name. 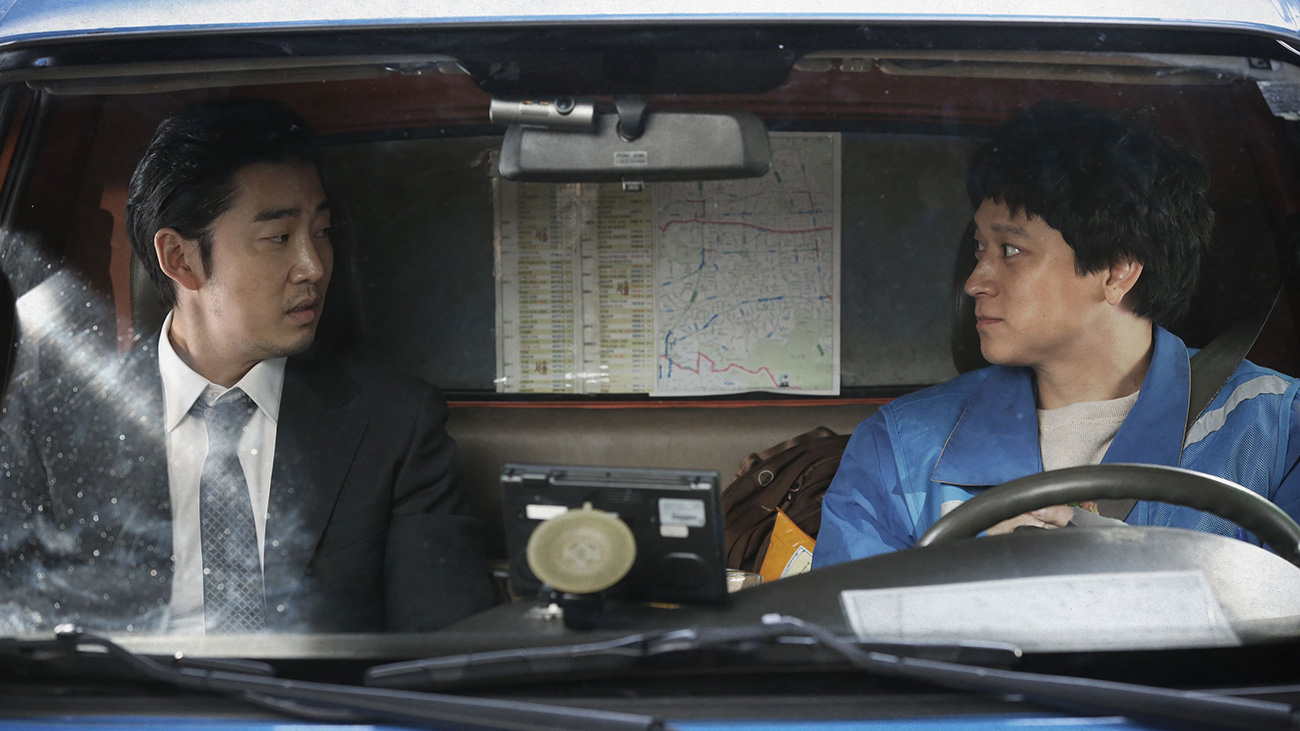 As noted, the chase scene that occurs immediately after the assassination is quite fun and brings to mind similar sequences from Na Hong-jin’s The Chaser and most recently, Bong Joon-ho’s Okja. But the film rarely delivers after the opening chase, with too few moments of action happening in between scenes. The film’s pace falls drastically once that initial chase is over, leaving the Golden Slumber forever catching up to the speed and intensity of its opening act. It doesn’t help that every new proverbial spanner added into the film further makes its plot that much more ridiculous to believe in.

Character work is also an issue in Golden Slumber. In an attempt to offer viewers slight reprieve from the seriousness of Gun-woo’s story, Noh occasionally checks in with Gun-woo’s high school friends. We learn about them through flashbacks that feel tonally out of place and a subplot is even dedicated to one particular friend, Guem-chul (Kim Sung-kyu), who is also framed as Gun-woo’s accomplice. These characters are completely arbitrary and hardly add value to the story. They mostly exist as props to help Gun-woo reach from one plot point to the next. This is especially disappointing given that Han Hyo-joo’s supporting role in the film as a radio reporter and Gun-woo’s first love hardly matches her talent as a performer.

Performances are largely pedestrian also with nothing particularly special to write home about. That includes Gang’s lead performance as the unlucky delivery man which is fine for all intents and purposes, but not all that compelling. Perhaps then the title of this film is apropos – with but a cursory glance at edgy ideas and a tedious narrative trajectory, Noh’s Golden Slumber really is a dozing experience.