The man who brought us The Berlin File has assembled a star-studded ensemble cast for this classic underdog film. Veteran is a tight, thrilling, action-packed moral tale with strategic laughs to lighten its darker moods.

The film opens its action with a kickass car thief cartel bust up led by our hero detective and his team. The punch-ups and takedowns are excellent in choreography and execution with a liberal dose of comedy sprinkled on top. This sets the tone for the rest of Veteran’s action sequences but does not make this a funny film. It walks a fine line between cheesy humour in amongst the gripping fight scenes with a deadly serious social commentary on class structure within South Korea’s society. Endemic corruption and behavior that is taken as normal is challenged head on.

Wonder cop Detective Seo Do-cheol (Hwang Jung-min) won’t accept that his new trucker friend has attempted suicide at the headquarters of a family corporate conglomerate. His suspicions are fuelled by the lack of media reportage and the all too convenient cover up story. When a speedy and generous compensation package is offered to the victim’s family, he smells a rat. Digging at his own peril, risking his promotion, threatening the wellbeing of his colleagues, the family of the victim and estranging his wife, he knows all is not as it seems and he can’t give it up. 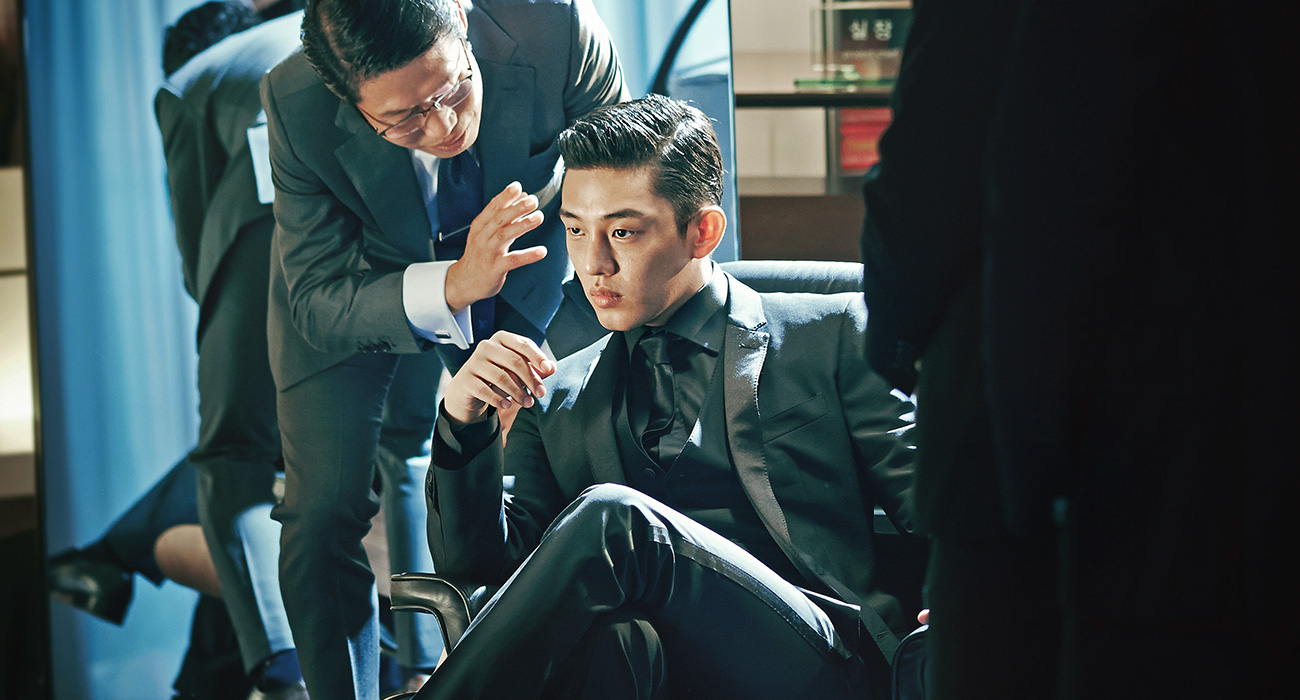 South Korea is dominated by big family corporations or chaebols and they are tight family affairs who literally run the national economy. However, as their founding fathers grow old and the reins are handed to the siblings of the families, there are misgivings that the respect and integrity that once guided these companies is now being eroded by uber rich and very spoilt grown children. The very real recent example of the Korean Air macadamia “nut rage” incident is a case in point. Despite having the reputation for being untouchable and being able to behave any which way they want, even if this be above the law, there is a slow rejection of what they stand for.

Director Ryoo Seung-wan has taken inspiration from these real life scandals and events that surround the chaebols and has woven them into a very clever tale of treachery, brutality and preservation. All this with a grand dose of action, comedy and thrills. Veteran is a masterfully mixed film of multiple genres, sewn together with a singular pursuit of the bad guy. This is the ultimate smackdown of the tallest poppy but only because this one has gone real bad.

All of Veteran’s characters are seen here as over the top but never do they tip over the edge into farce or slapstick. The actors play it big but they manage to keep a lid on it and pull it off. It almost gives you a creepy sense of hyper-reality and this really works well during the intense and brutal scenes of the film. For a cast of stars, they all work really well together and there is no sense of one actor trying to out do another — no doubt a tribute to Director Ryoo. 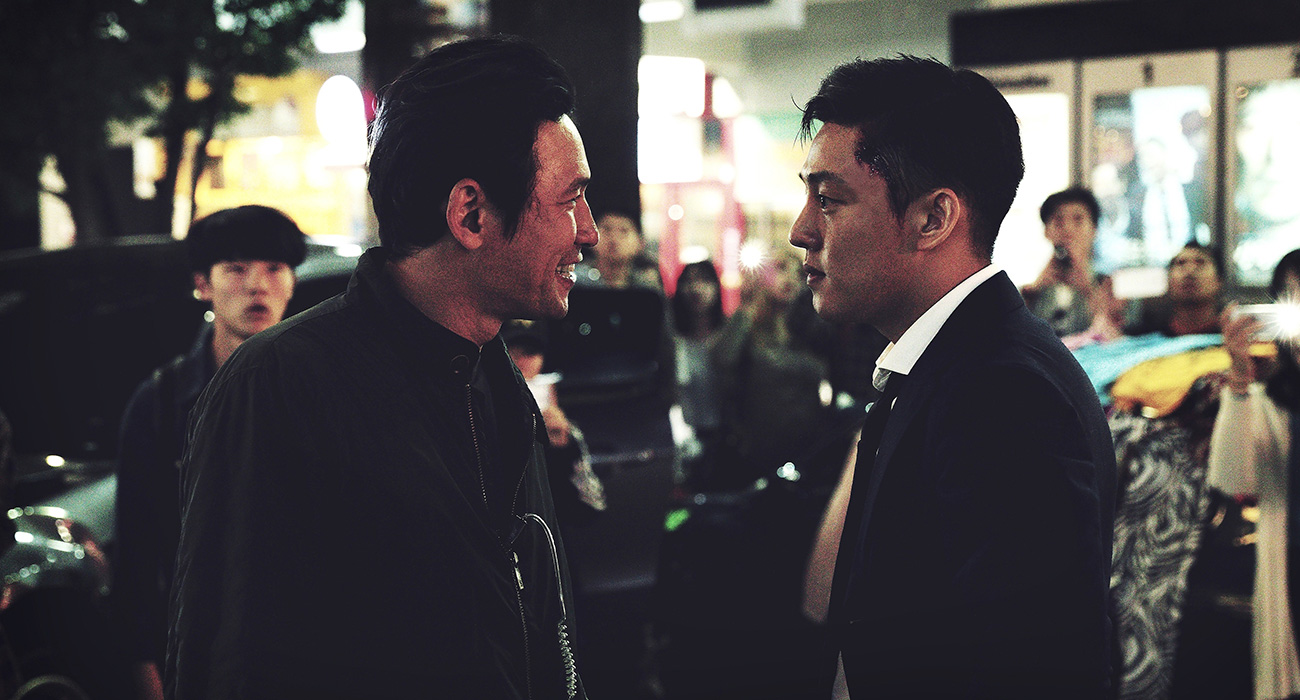 The most obvious starting point is Hwang Jung-min and his renegade, happy-go-lucky, man of integrity detective. He is the main driver of this mystery with his unstoppable quest for truth and justice. He balances all of these traits with the deft hand of an expert which is no surprise considering his acting experience and popularity. His character’s combat skills are amazing but even his invincibility is challenged before the film is out. He is a likeable larrikin cop and one of the few left these days who still has a vision of what a cop should be. Though when it comes to the criminals, his methodology may be somewhat unorthodox.

Yoo Ah-in, playing the character of Jo Tae-oh — the uber rich, spoilt son of a chaebol — is the counterpoint and he certainly excels himself in the way that Willem Dafoe or Dennis Hopper would be proud. As the untouchable son, he takes to the portrayal of mean, cruel, amoral asshole like a duck to water and he makes you squirm with discomfort. Often it is too much but this is the director’s call and the actor obeys with relish, all with a wickedly delicious grin. Women, men, dogs, and his deputy are all treated like shit when it takes his fancy. His father is the only person that he fears and possibly respects. Some very uncomfortable viewing but brilliant acting it certainly is. 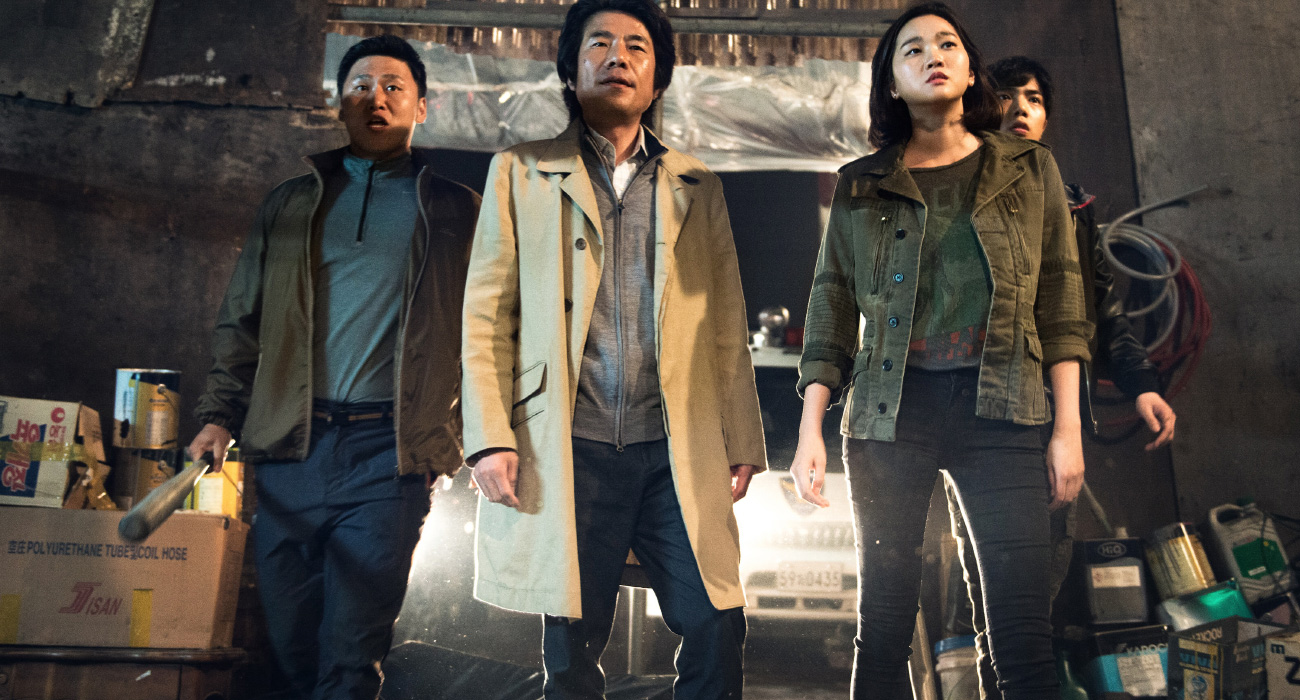 Another standout, though in a much smaller and lighter role, is model/singer come actress Jang Yoon-ju who plays a kickass detective, Miss Bong. Her character is pretty one-dimensional but she is there to deliver light relief in the form of one-liners and she delivers them with the same sharpness as her timely punches and kicks. It’s a pity her character didn’t have more to do because I think she could have delivered, but female characters are not a strong point of this film unfortunately. Jang is one to look out for in the future though, especially if given a substantial role.

Veteran is a well conducted emotional symphony of action, thrills, laughter and abhorrence. It’s not as tight and perfect as A Hard Day but it has its share of twists and gets a pretty close second. It is certainly an entertaining watch amongst some of Veteran’s unsettling moments but it’s after the film that the really insipid message starts to sink in.