It never ceases to amaze and frighten me somewhat that someone of Kim Ki-duk’s international standing has to scrape and scrounge to muster finance to make another movie. This was the case for his 2014 release One on One and it was even more drastic for his latest film Stop. Shot on location in Japan, the director was a one man band when it came to crew and the cast worked for nix. That is a mammoth undertaking even if the script was a contained story, which this was not. Cinema and filmmaking is a collaborative process for a reason, even if it be communicating one person’s vision. As he’s aged, Kim has said that he has given more thought to the idea of making a film by himself but having said that this, this particular instance was more forced than by freedom of choice.

As a director he has earned the reputation of being a bit of a ‘bad boy’ and his domestic reception is at most lukewarm outside of his small, loyal fan group yet he is the only Korean director ever to bring home ‘Best Film’ from the big three festivals in Europe (Cannes, Berlin and Venice). His film Pieta was awarded the Golden Lion at the 2013 Venice Festival and although the decision was somewhat controversial, it is a feat that no other South Korean filmmaker has accomplished. And this is coming from is a country that has had many, many fine filmmakers and now has an industry that’s currently enjoying its prolific status, so it’s quite an achievement for Kim. His last two films, Mobius and One on One were shot with stripped back crews, bare essential equipment and a cast on low to no fees. A strange situation to find oneself in after such high accolades but Stop takes all this one step further. Unfortunately the film’s production values suffer for this situation and director Kim is very aware of this fact and none so proud. But he had a message to convey and a film to make. The storyline is strong, though sometimes quite bizarre and the performances are solid.

Stop is the story of a young couple (Tsubasa Nakae & Natsuko Hori) living in the Fukushima prefecture at the time of the earthquake, tsunami and the subsequent meltdown of the nuclear power plant. It is the disaster and the radiation contamination that follows that are the fundamental drivers of this story. Together they witness, in disbelief, the explosion of one of the reactors and it’s not until they are forcefully evacuated to Tokyo that it starts to sink in that something may actually be wrong. Their situation is compounded by early pregnancy and the risk of deformities to their unborn child. A shadowy government official urges them to abort but they decide against this course of action. The die has been cast and only time will tell what the outcome is.

The premise of the film is poignant and contemporary though the lack of budget fails to convince us that this is happening in an everyday situation. The interactions with the government official lacks the locations and resources to convince us of a modern metropolitan administration and comes across as a sleazy backstreet drug deal. Also the evacuation is unconvincing in this aspect too. These are major story markers and they come across as a bit rushed and clumsy at times, a sure symptom of the lack of money. 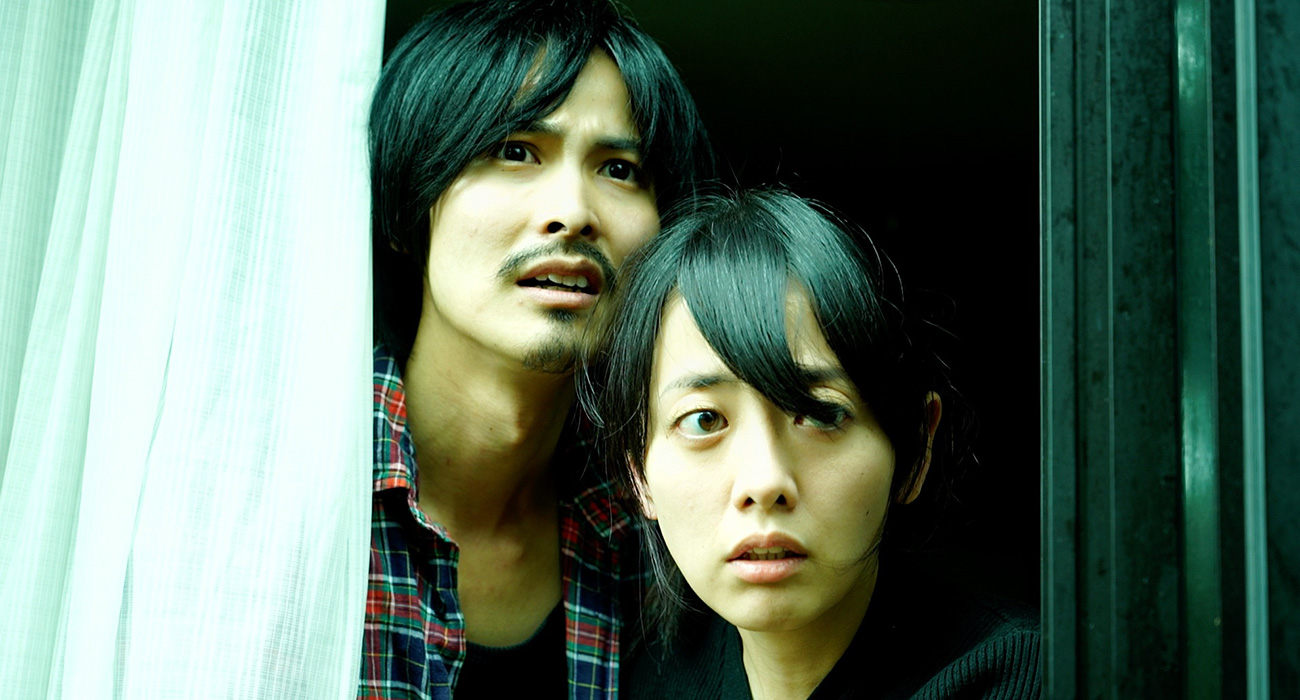 But it is the action and drama that occur in between these plot points that is the glue of Stop. The one-on-one tensions between the couple and the questions raised as they struggle with life after a nuclear accident has social currency and is the strength of the movie. As director Kim Ki-duk certainly has a social commentary to run but maybe his last two films have been a bit preachy. He is certainly standing on a soap box as of late but thankfully his messages are ones of humanitarian concern and in this one he has forgone the use of violence to make his points.

Stop is not his greatest film by a long shot but as a filmmaker he is eternally interesting and in his evolution as an artist, this is an important step (though it also runs as a good advertisement as to why films are made with crews). It is such a large undertaking that even the best struggle to maintain the standards required when making it all by themselves, no matter how admirable the task at hand.