Office opens in grizzly manner with one burnt out employee, Mr. Kim (Bae Seong-woo) returning home from work, as he does every other day, but this time he has been pushed once too often and takes out his frustration with a hammer, on his wife and family — all of them battered to death.

Korean work places are world renowned for their long hours, unquestioning obedience, company loyalty and dominating hierarchies. For most Westerners, these conditions are incomprehensible and harsh but for a nation that has transformed into an economic power in a matter of decades, this is the norm. But regardless of which country, there is a commonality to the unhealthy working conditions that the office can generate. Those of us who have experienced it surely have been driven to the point of insanity by the machinations and madness of the office politics.

Ever fancied knocking off the boss or the point scoring, brown nosing, shitty co-worker? In the world of air-conditioned cubicles, these fleeting fantasies linger on while office workers bask in fluorescent lights. But for director Hong Won-chan, the man who penned The Yellow Sea, this is the kick-off point for a brilliant and dark debut feature film. 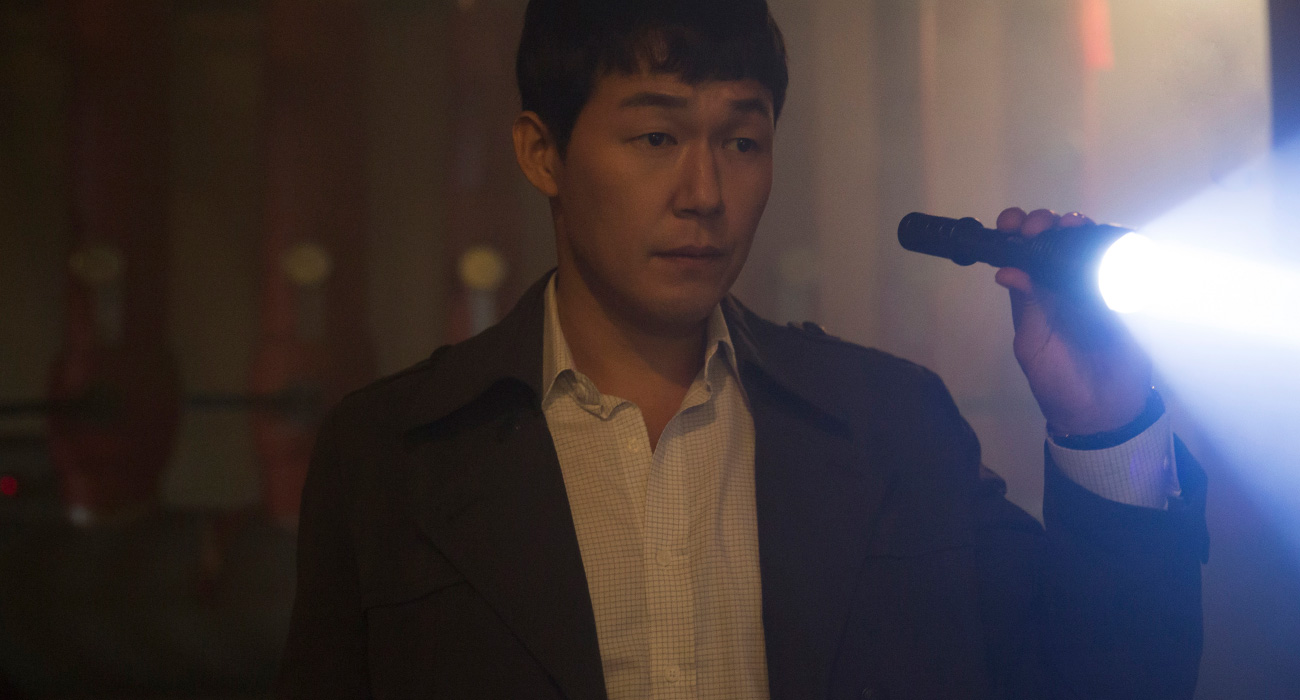 It’s one bloody beginning and asking ‘why’ is the obvious question. Through a police investigation we begin to piece together the puzzle of what would drive a man to perform such a grotesque act. The initial interviews of his colleagues introduce us to his work environment and start to reveal that all may not be as ‘peachy’ as the company would like to portray. It is here we are also introduced to the young intern Lee Mi-rye (Ko Ah-sung). She seems to be Mr. Kim’s only friend in the highly competitive, toxic department that they work in but she has been sternly told by her superiors to say nothing. She knows that her chance at a permanent position ride on her obedience and loyalty to the company so she plays coy to the police. After all, she is just the intern.

What soon transpires is that this is her story, not Mr. Kim’s. He is just the entry point in the film but with another murder and security footage of him entering the office building after his dirty work, the mystery thriller begins. Does Mr. Kim reside within the office complex? All his co-workers have something to fear beyond the threat of losing their jobs or missing that promotion. Cliques and alliances emerge and converge as the pressure builds. Now the true colours of this noxious environment are revealed, this is a HR disaster with deadly repercussions. 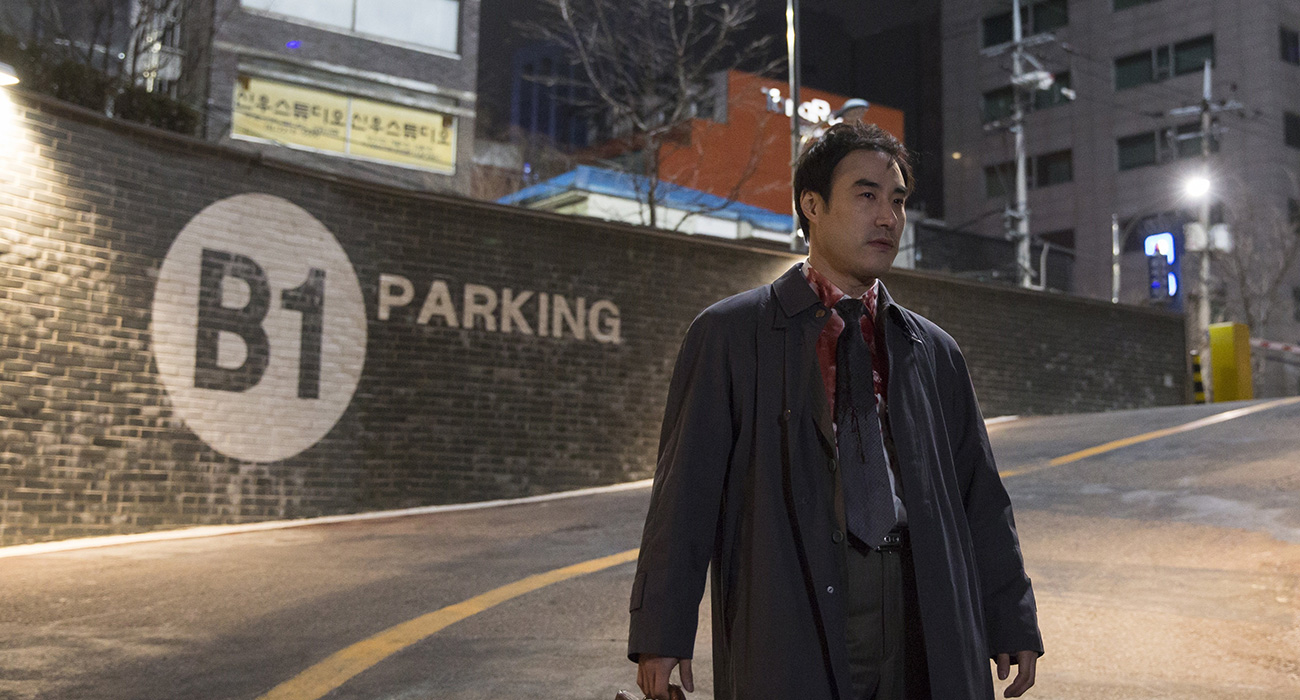 High production values and accomplished direction go beyond the expectations of a debut feature film. Hong Won-chan has skillfully woven a compelling narrative and he uses suspense and shock with a deft hand creating more than a few ‘out of your seat’ moments and some inspired twists that draw us deeper into the dark world of the office. Long lonely nights of overtime become a liability to those who are striving to get ahead and one by one unjust bullies and bitches get their just rewards, at least according to one of the workers.
Ko Ah-sung as the young intern is the standout performance and she manages to convincingly portray a mild and meek apprentice, a deranged, vengeful maniac and a victim of a high-pressure system gone out of control. Her range in this film is quite amazing. Not too surprising considering her ‘Best New Actress’ accolades from The Host (directed by Bong Joon-ho) back in 2006 and a bevy of other great films since including Snowpiercer and Right Now Wrong Then. She is certainly a major talent and a fine actress to watch and director Hong has her at her peak.

Park Sung-woong, as Detective Jong-hoon also plays a pivotal role in driving this narrative and confirms his years of experience. By the film’s end the detective has good knowledge of who our murderer is but he is also privy to and shows compassion for the reasons behind this debacle. In this way Park’s character is complex and his acting is polished. 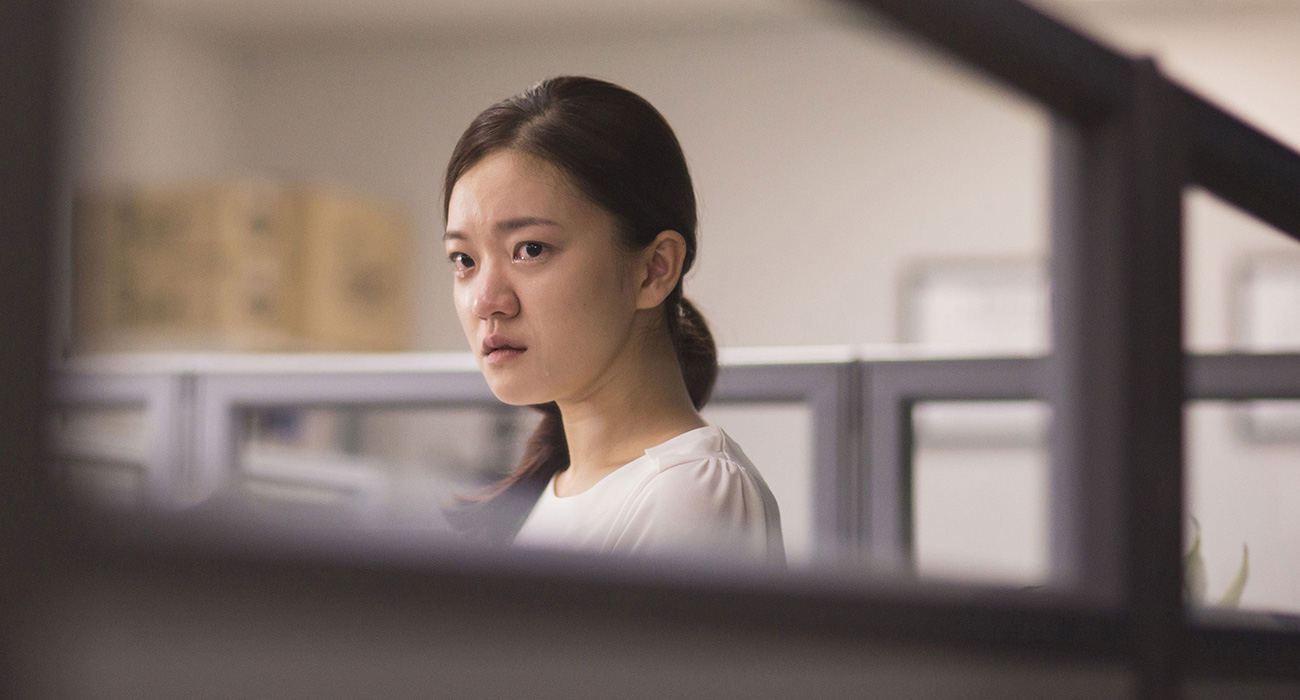 The rest of the ensemble cast are equally accomplished in their roles, although in somewhat more minor ways as each is needed to create the sum total of this out of control office world. They are seamless in their portrayal and convincing that within their insular world, their corporate culture could decay to such an inhumane point. This office environment, though frightening, is believable.

Office is a compelling thriller, a grizzly murder mystery and a shocking vengeance flick. It’s a good insight into office politics and what can transpire when pushing for the bottom line has no regard for the people who achieve it. Mostly though it’s just a great film to watch; a well-balanced package of sensation and thrills, murder, mystery and madness led by some great acting, solid direction and a compelling story. You never really know who your co-workers are or what their potential really is, do you?