At her favourite table in her favourite cafe, Lorna reminisces about love — alone. She has her usual brewed coffee and a copy of Flames of Love, a romantic novel that she can’t seem to finish. When she leaves the cafe, she returns to an empty home. Her son is away playing the rock’n’roll wannabe and her cat is out on the tiles. She does have her two best friends but they are usually busy with their husbands, families and their lives.

The most exciting thing she has going is her long-distance, online boyfriend and her preparations to meet him in the flesh for the first time. He, however, does not exhibit the same kind of excitement that she does. This is the slightly daggy and unglamorous world of Lorna who is played perfectly by Shamaine Buencamino in all her subtleties. We get the feeling she is a bit naïve, possibly foolish and just ripe for hurting in the game of love, again! 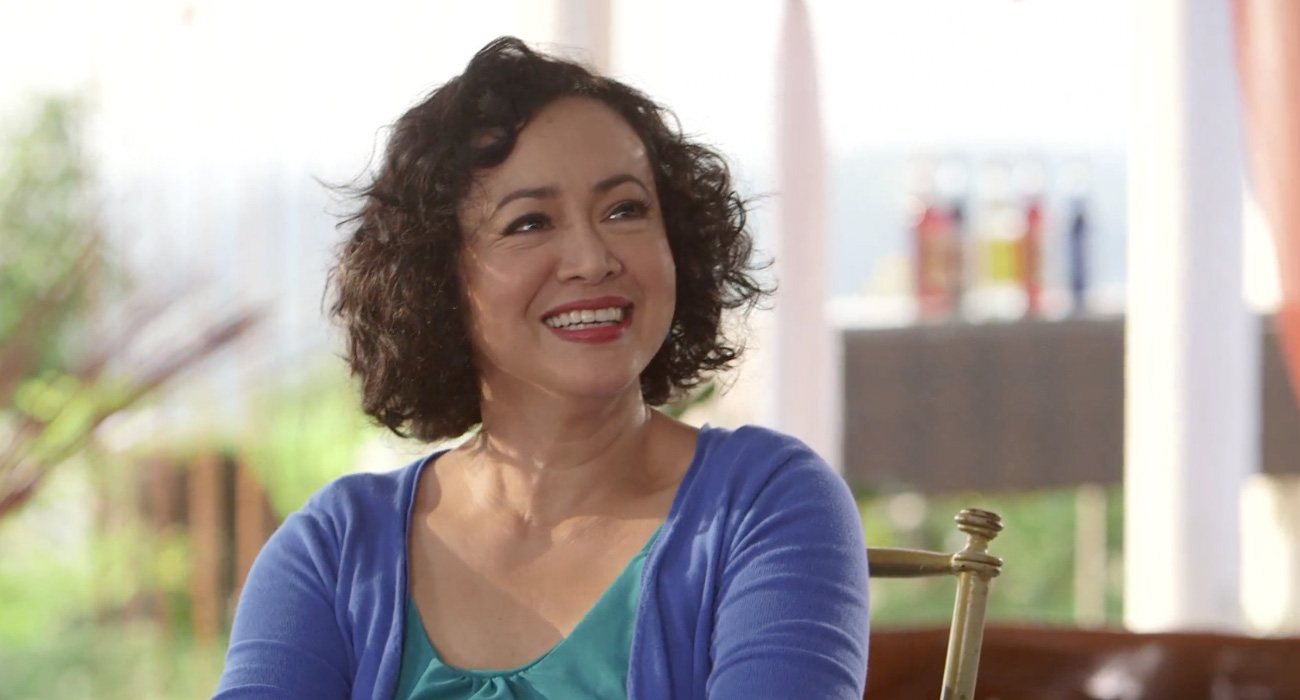 Like in Anita’s Last Cha-Cha, again Filipina filmmaker Sigrid Andrea Bernardo has made a film about unrequited, unobtainable love. Through her main characters in both films, she explores what it means to chase desire, to want and to crave the love of another, the pleasure and pain of the crush, those giddy head in the cloud moments and the shattering reality of when those feelings are not mutual.

Lorna is in her sixties, has a grown son, an ex-husband, a promiscuous cat and is alone — just ripe enough and ready for love! This is symbolic not only in her mature years. She is beautiful with her full body and radiant smile and very attractive, though not in any stereotypical screen siren way. Her curves have more flesh on them and her face has more lines. Her passion is weighted with years, but she still has the same dizzy heights of the desirous teenager. She gives herself to love. It’s a journey of squeamish emotions, entering the void of vulnerability where your soul is laid bare. 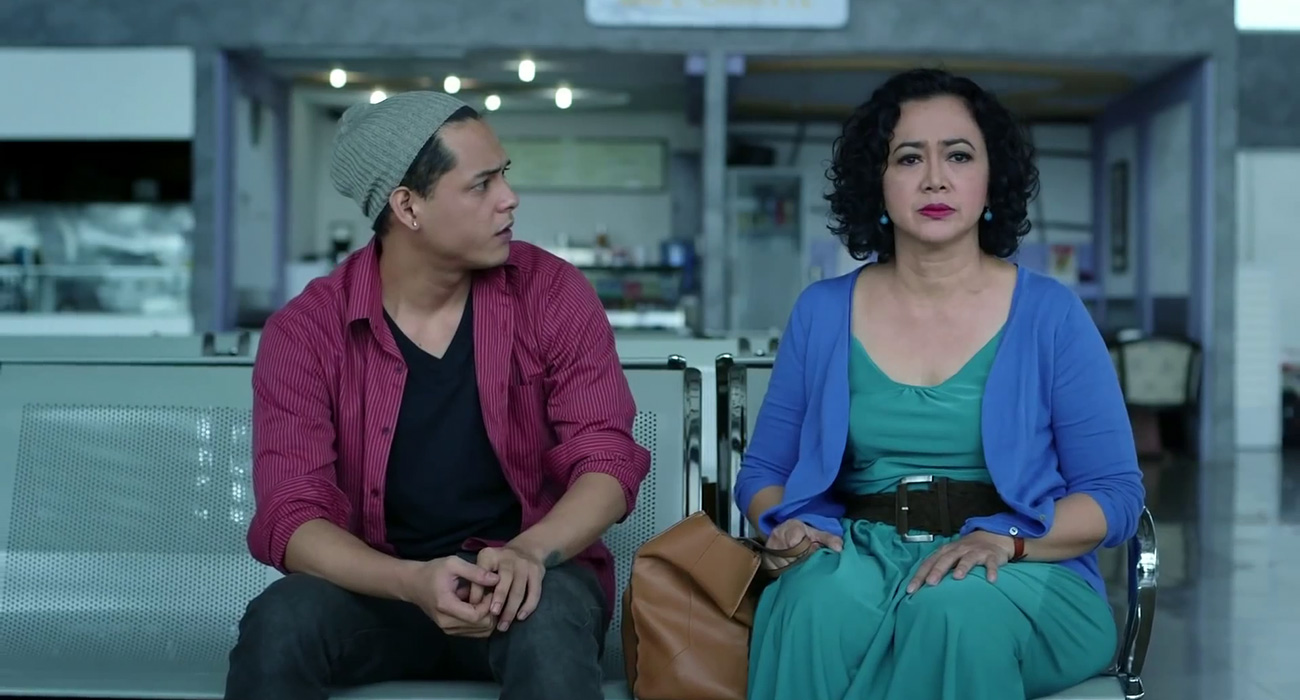 The film is punctuated with a number of surreal shoot out scenes involving Lorna and her loves. Their stylisation is steeped in metaphor: the vulnerability of love can be lethal and you need to arm yourself and protect your emotions. And sometimes when relationships turn into a shitfight, you have to gun your way out. But often you just get gunned down. Four different men attracted her heart, four different men dashed her hopes.

Lorna lets her guard down in all of these encounters but she always has the back up of her trusty pistol. Sometimes she takes the bullet, sometimes the gun fires blanks, other times it’s a whole lot more bloody in its results. Each man in her life eventually shoots her dead. Bernardo uses these moments to help us reach another emotional level. It’s a playful aspect of her filmmaking that sets her films apart, a little dose a magical realism. There are many playful aspects to this film — her smoking love novel, her reflections in the café, certain props and a parallel narrative with her cat, just to mention a few. Although we share Lorna’s pain, there is a lighter side and a fun side to her outlook on life, positive and uplifting. Shamaine Buencamino gives us a genuine Lorna warts and all, sitting on the toilet, in front of the mirror in her bra and undies, slumped on the floor slowly devouring every bit of food in the house. It’s a physical vulnerability that matches her emotional state and it’s refreshing and real. 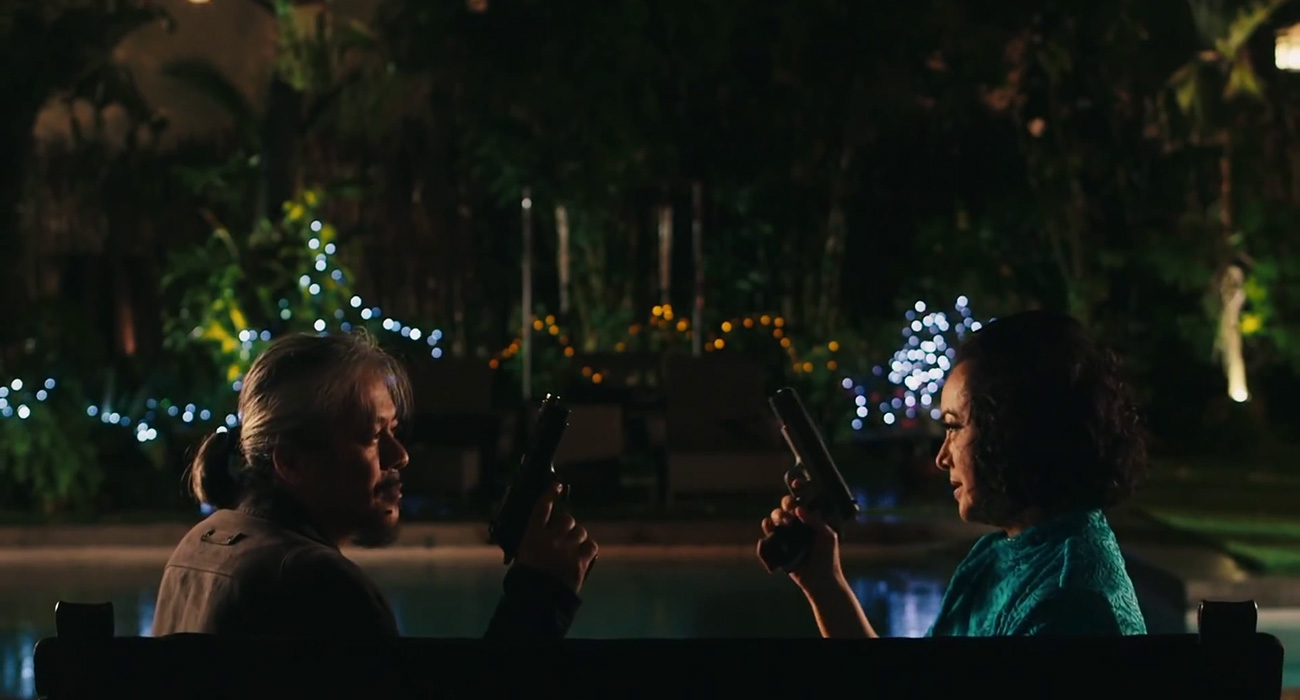 Apart from Buencamino’s dazzling performance, Angel Aquino makes a cameo as her ex-husband’s new wife to be and we get a good dose of famed Filipino auteur Lav Diaz. Yes that’s right, somehow Bernardo had coaxed the Diaz around to the front side of the camera. He plays the role of Rocky, probably the most genuine man in Lorna’s life. He is an old flame from high school who she meets and they have what seems to be a perfect falling in love. But like all her men, he too shoots her in the heart. For a filmmaker, he makes a damn good actor and their scenes together are a treat (sidenote: it’s not often you get to see a legend in the nude!). I think Bernardo is getting a really good name for excellence in casting, not totally surprising considering her acting background.

She also uses a lot of the same crew, people she trusts and have known since her short films — the same first AD, cinematographer, production designers, line producer and music scorer that she used in Anita’s Last Cha-Cha all appear in the credits for Lorna. When you are onto a good thing you stick to it because it’s a luscious, well-shot beautifully sounding and produced film. A great team effort. 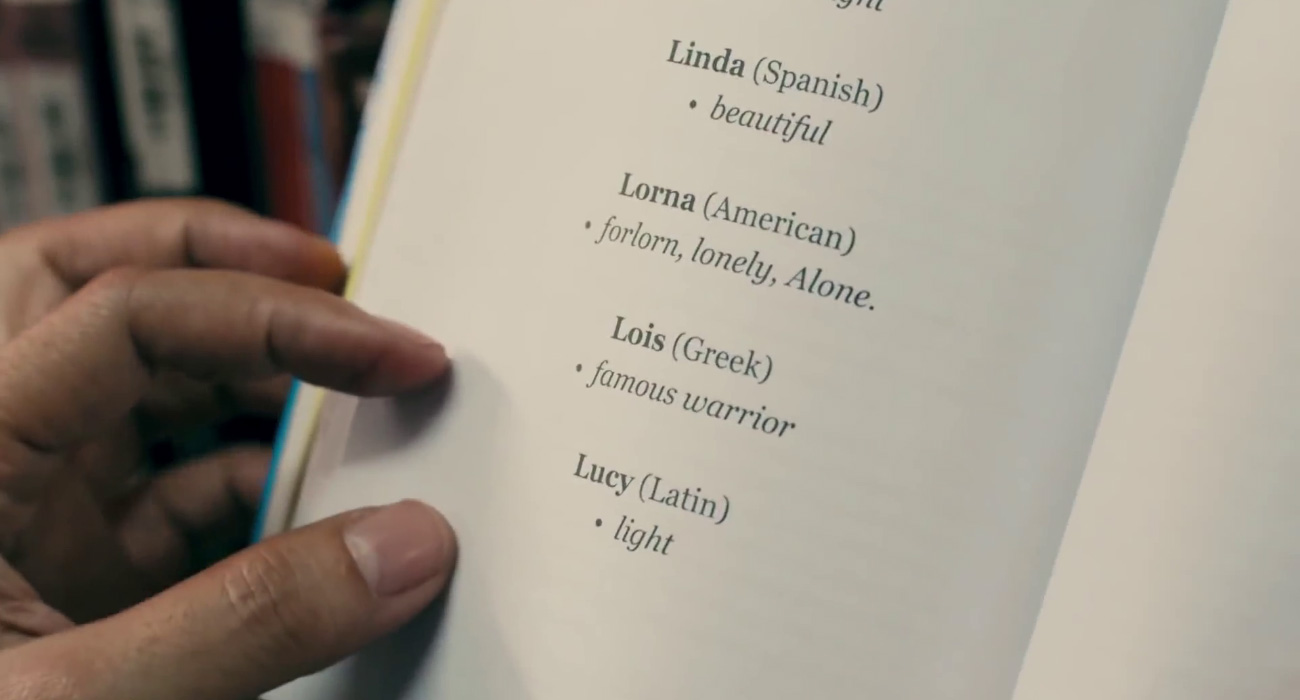 Although Lorna is a film about the arduous road of love and although our heroine is bumped and knocked along the way, it is not a down thesis on life; it has hope and it inspires. She may not be in an ideal place for a sixty-something woman as her life is far from textbook but she leads a full life and embraces it.

This not a film for sympathy and it’s not about sentimentality; it’s just about how it is and how one beautiful character gets it, deals with it and just gets along with it. What ‘it’ is sort of sums up this film and makes it a compelling watch and a worthy entrant in the Brisbane Asia Pacific Film Festival.

Lorna screens as part of the Brisbane Asia Pacific Film Festival (BAPFF) at Palace Barracks on Friday November 27, 6.00pm. Lead actress Shamaine Buencamino is nominated for the 9th Asia Pacific Screen Awards (APSA) for Best Performance by an Actress and will be in attendance for the film’s screening in Brisbane.