Of Growing Up and Alone: 20 Years of Spirited Away

I was 16 the first time I saw a movie alone. I did it on purpose. There was no date that didn’t show up, no friend that flopped last minute. I remember ordering a ticket at the box office, anxious about looking pitiable. And then I wondered if anyone would think it was strange when I got solo snacks. The worry continued with me all the way into the dark theatre. When I sat down with no jacket or purse to save the next seat over and let strangers bookend the seats beside me, I felt a strange sense of growing up. No fanfare, no crescendo of music, but I had done a thing that felt grown up and I had done it all by myself. By the time the lights had fully dimmed, I felt okay.

That’s the thing about solitude (not loneliness, never loneliness) that is so ironic. You are so wrapped up in people worried about your solitude that you never seem to realise the only thing to worry about is yourself.

Looking back a few years later, it feels fitting that the film I watched that day was Spirited Away.

In Hayao Miyazaki’s famed coming-of-age fantasy, a young girl named Chihiro finds herself in a strange world of monsters and mayhem after her parents explore a mysterious tunnel in her new town. When her parents break the cardinal rule of new lands (never eat the food!), Chihiro must find her way home. In this adventure that brings her into a strange new world, she encounters a malevolent witch, a spectre of a character aptly named No-Face, and most importantly, the spirit of a river that once saved her in her childhood. 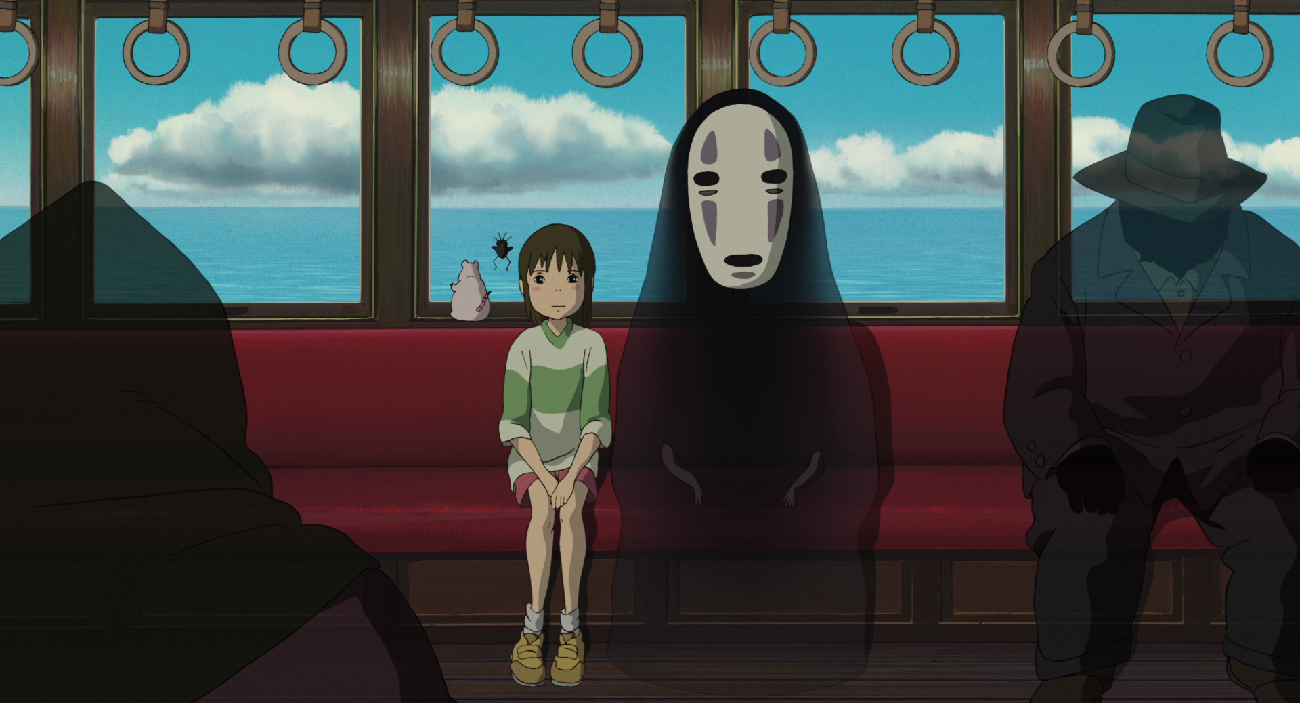 There are loads of theories online about the true meaning of Spirited Away—everything from prostitution to an adaptation of the Odyssey to a meditation of traditional versus modern Japan have been presented to the zeitgeist. But really, the essence (or spirit, if we want to get cheeky) of Spirited Away is growing up. Most of all, it is about the courage it takes to strike out on your own. While Chihiro has the help of many people along the way, it is her independence that carries her throughout the rest of the film. Possibly the most iconic scene from the movie is Chihiro taking the spirit train to Zeniba. While she gets there with the help of her allies and is accompanied by No-Face, the almost two minute long sequence through the ghost-like ocean feels like a meditation on solitude. To grow up, you go alone. There are hands to lift you up, but to make that trip is to face it head on by yourself.

It says a lot that at the end, no one from the spirit world follows Chihiro into the real world. She is left looking at the tunnel, in an ending that is ambiguous as its beginning. What really happened? What transpired over the course of Chihiro’s adventures? There is no definite answer, but we as the audience know that Chihiro has grown. She is a different girl than she was at the start of the film.

It’s been 20 years since the release of Spirited Away. There is a reason the film has entered the canon of not only film, but animated film as a whole, and continues to be a poster child for Studio Ghibli alongside its other films on childhood. Spirited Away stands out because it’s about a girl and her journey of growth, and what that can look like when there is no hand to hold but your own.