At just 23-years-old, emerging writer-director Kwon Man-ki has been making waves through the international festival circuit with his debut feature Clean Up. The drama examines the ongoing trauma of a kidnapping on both the victim and perpetrator, who meet again 12 years  after the incident. Clean Up’s understated tone and contemplations on grief and guilt have won over critics, earning Kwon awards at Macao Film Festival and Busan International Film Festival.

We caught up with director Kwon, assisted by translator So-young Greenberg, during Sydney Film Festival to talk about the process of writing and directing Clean Up and Kwon’s influences. The following interview has been edited for clarity.

Congratulations on Clean Up, and all the success that its had and the positive reception. What is your reaction to the success of Clean Up?

Kwon (translated): Frankly speaking, I had not expected that the reception would be this much. It was the story that I wanted to direct for a long time and I wanted to make it very deep with density and it seemed like the audience took it as a positive thing. After the film was finished at the theatre, it was great to see the reaction from the audience because they seemed like they had a great time.

Kwon (translated): Having such density was not my intention. I started with the theme of kidnapping and I thought that some events like that would have a traumatic experience on the victims and of course the people around them. But then I came to this idea of ‘What would life be like for the perpetrator?’. So I just focused on that a bit more and then naturally that led me to more of a guilt and atonement and then I focused on that theme. Then very slowly I wrote the narrative very naturally and that sort of led me to this story. And for me the most important thing was the human being. Of course in that category I got to introduce some of the religion side of it and then there was a scene that sort of put some shame on religion as well. It just happened very naturally. But for me the most important thing of this whole film was people and human beings. 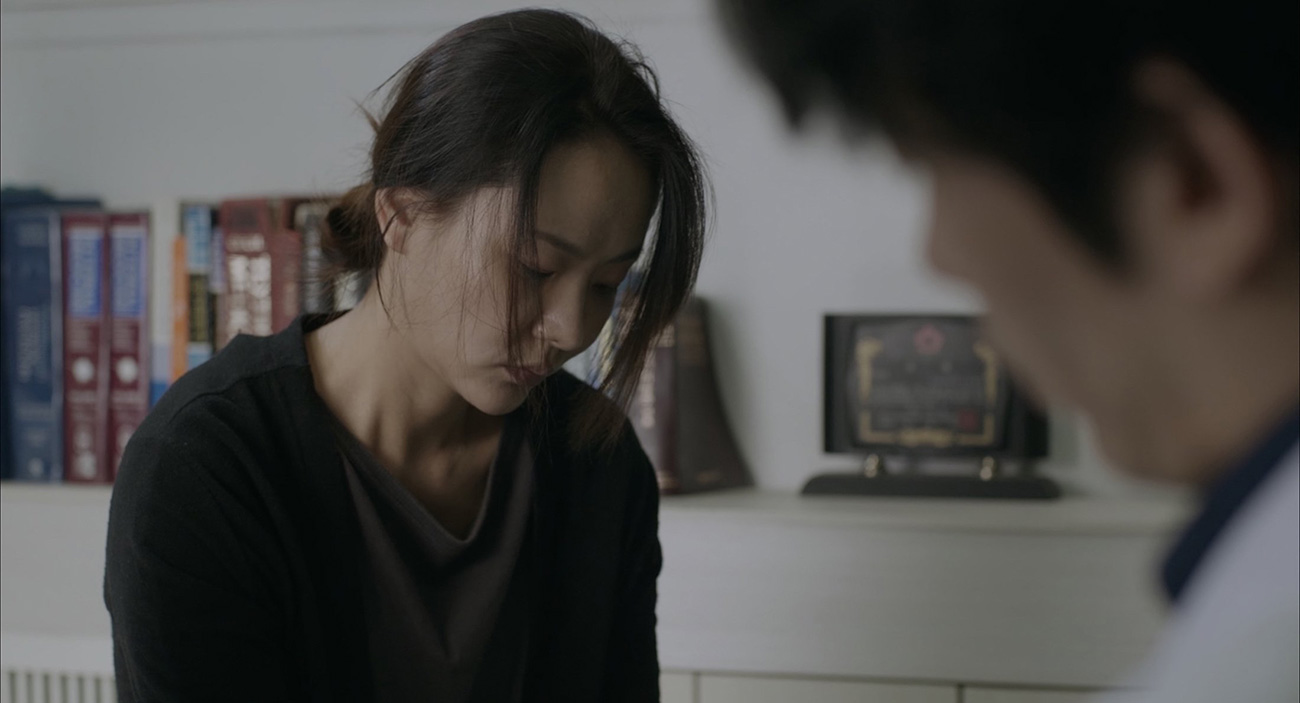 On that note, I was very taken by how you wrote [the kidnapper] Jeong-ju and balanced sympathy without being blameless. She did do something wrong. Did you have any difficulty writing that character?

Kwon (translated): It was not that difficult, I was focused on the narratives and then I thought about guilt a lot and I was wondering ‘what would Jeong-ju’s final speech be like?’. And with that, my personal thoughts were projected [onto] Jeong-ju’s behaviour. So how she behaved was my thoughts and the characteristics… Her character is not the answer to guilt, however it was definitely the projection of [my] thoughts about guilt as well as the character itself.

I want to talk about the lead performances by Yoon Ji-hye and Kim Dae-geun. They are very challenging roles and they do very well. What did you see in each actor during casting, why did you pick them?

Kwon (translated): As you see, it’s a very, very deep and serious screenplay and I knew that acting such a character would be extremely difficult. So I put effort into finding those actors and actresses who would be able to do that. I put a lot of emphasis in casting those actors and actresses. Of course, I couldn’t say that all the scenes were fantastic, but I feel like overall they did a great job and they have a very good balance. Some scenes, while directing, I was trying to focus on the flow of the acting. In some scenes it felt like Jeong-ju’s scene is more important, so actress Yoon’s playing [acting] is more important and some scenes were more important for Kim. Some of the scenes were changing importance – the gravity was changing from one actor to the other actor. But overall I thought it was a very good balance and that is what I wanted to find.

Did you have any difficulties achieving that balance?

Kwon (translated): The first couple of takes I asked the actor and actress just acting it out, ‘just do whatever you feel like’, and then afterwards I sort of had a conversation with the actor and actress to fill the gap in differences in how the acting was coming out. I didn’t use that many takes. Regularly, in terms of independent films like this, they focus a lot on the actors’ acting itself, they usually go for 10 takes or something. But my film was only three to four takes maximum.

To add to that comment, this movie itself is very deep so when the actor and actress’s emotions went a bit too deep -. I try not to do that, because otherwise it’s going to be too much emotion for the audience. So I put myself into the audience’s shoes and I try [to] kind of like limit and suppress that overflowing emotions to make it a little bit contained. 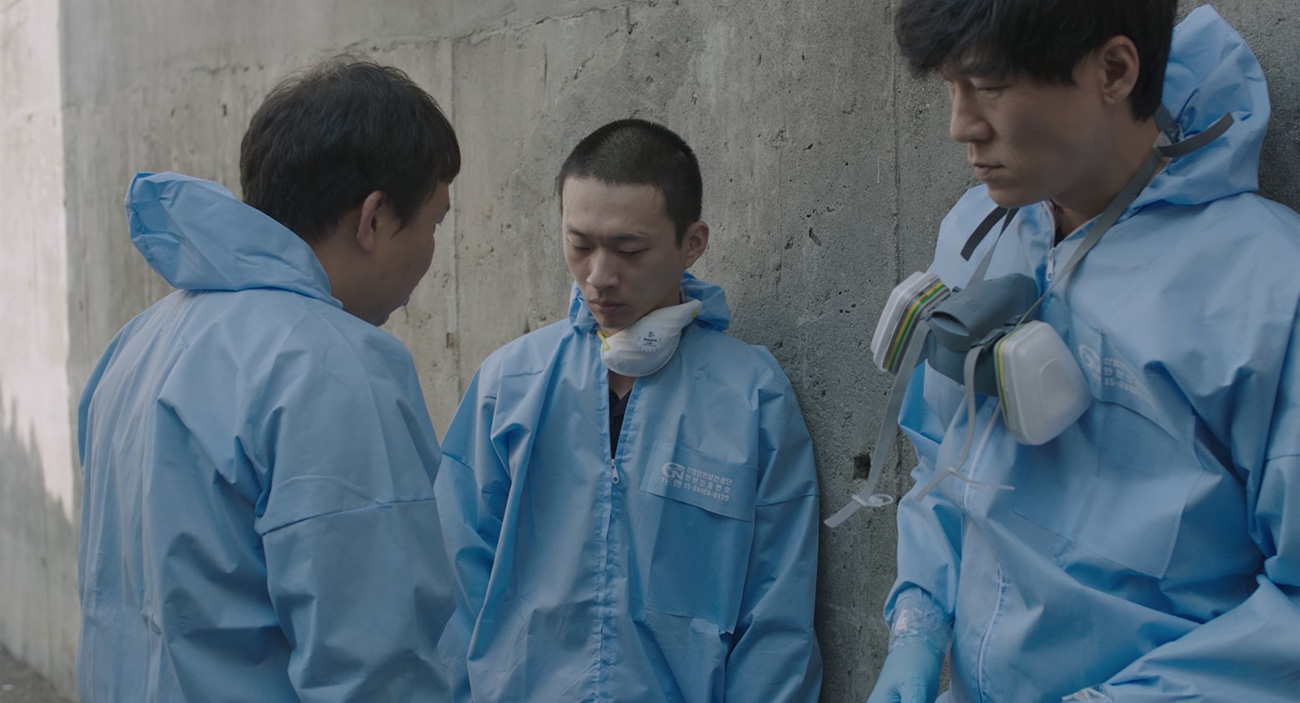 Given the film’s plot with the kidnapping and the themes of grief, I have seen some people make comparisons to Lee Chang-dong’s Milyang [Secret Sunshine]. But I feel there’s more of an influence in terms of the pace and character study approach. Were you influenced by any particular films or directors?

Kwon (translated): I hadn’t, to be honest, thought about that film by Lee Chang-dong. Obviously, it’s the same topic, but with my story – it’s, of course, about kidnapping – but it’s a totally different story. And I just tried to direct the film that would fit in that situation.

If I pick out a film that I feel like I have been most influenced by, it would be [Belgian film] The Son by the Dardenne brothers.

So to wrap things up, what’s next for you – do you have a plan?

Kwon (translated): Luckily I have met the producer that I feel very connected to so I’m working on a screenplay and I cannot go into too much detail of that film, but our aim is to start the film cranking next year. It’s going to be totally different from this [Clean Up]. It’s going to be 100 per cent commercial and it will be a lot more to that side. In terms of being an artsy director, I’ve done everything that I’ve wanted.

Filmed in Ether would like to director Kwon Man-ki for his time and Sydney Film Festival, Original Spin and translator So-young Greenberg for their part in making this interview happen.